Economy Guide to Japan Japan in Video May 1, 2020
JR West recently unveiled its newest long-distance liner, the West Express Ginga. Remodeled from a retired commuter train, the liner offers an all-new approach to traveling in comfort and style.

From Commuter to Luxury Liner

West Japan Railway Company (JR West) recently rolled out the West Express Ginga, a new long-distance liner that takes a fresh look at luxury. Built from a retired commuter, the train offers passengers traveling between Izumo in Shimane Prefecture and Osaka a relaxing environment at a moderate price. 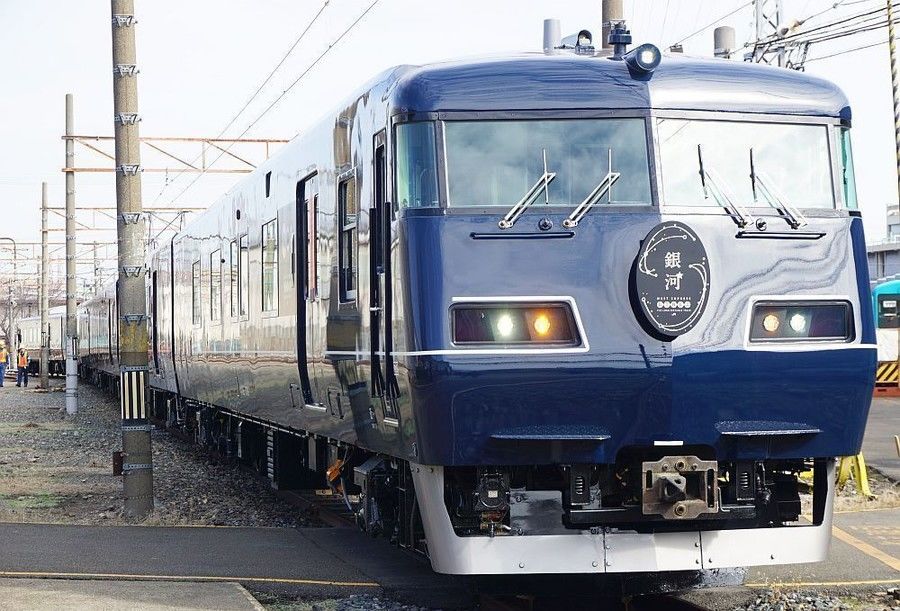 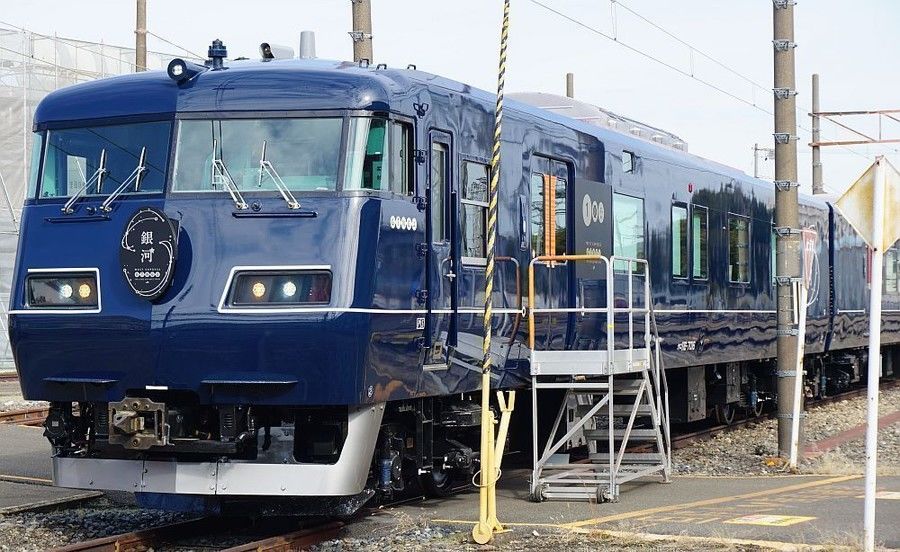 The luxury liner reuses the carriages of a retired commuter train.

The West Express boasts an eye-catching wooden interior throughout its six carriages, including artistic trapezoid motifs in the train’s many lounge areas. Passengers can choose among standard reserved seating, business-class, couchette berths, and private compartments, with car 2 dedicated exclusively to female riders. 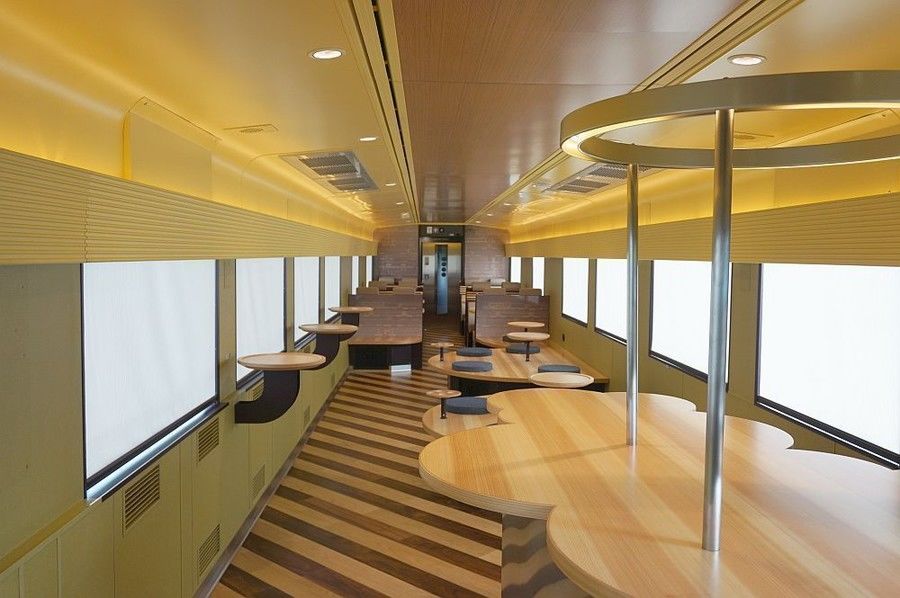 The interior of the lounge car.

Unlike traditional luxury liners that put a premium on privacy, the train has open areas in three carriages for passengers to mingle and for special events. JR West decked the train out with abundant lounge space to bring travelers together in a relaxed atmosphere, allowing for new and diverse experiences on every journey. 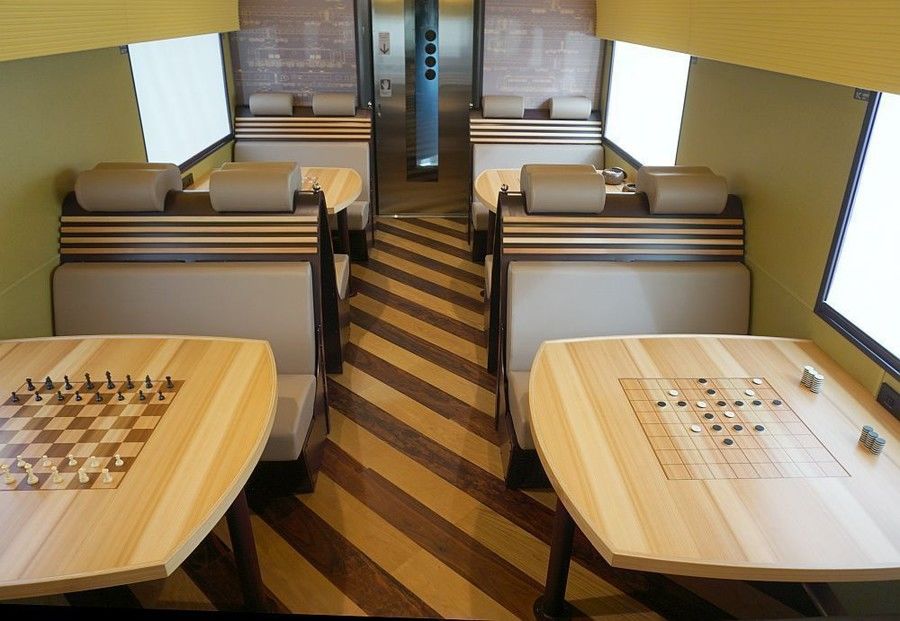 Zai Takehiro, who heads JR West’s sales division, says designers gave careful consideration to the private compartments of car 6 so as to give them a sense of openness while maintaining the privacy passengers expect from their higher-priced tickets. “We want customers to enjoy a space all their own, but without feeling closed in,” explains Zai.

Zai says that the West Express Ginga harkens back to an earlier, more leisurely age of train travel: “Since the arrival of the shinkansen, speed has become king. The West Express pushes back against this, changing the focus from getting to a destination quickly to relaxing and enjoying the ride.”

Japan has retired many of the long-distance liners that once crisscrossed the country. But Zai hopes the train will attract domestic and international tourists who have time to sit back and watch the countryside roll by. 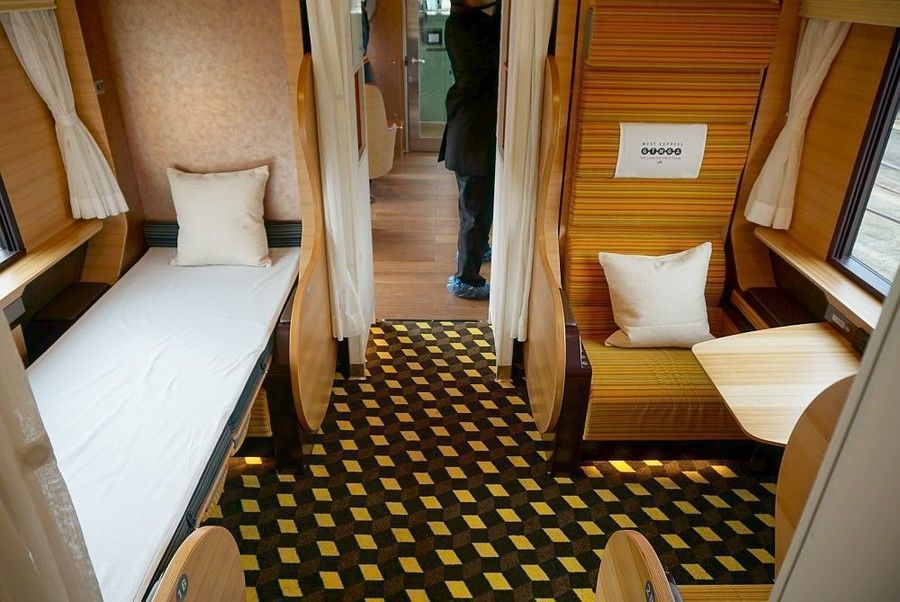 A “family compartment” in business class.

A New Idea in Travel

However, Zai says that the West Express differs in that it is not a package tour. “We leave it up to passengers to plan their trip. Our main goal is to get them to their destinations in comfort and style.” 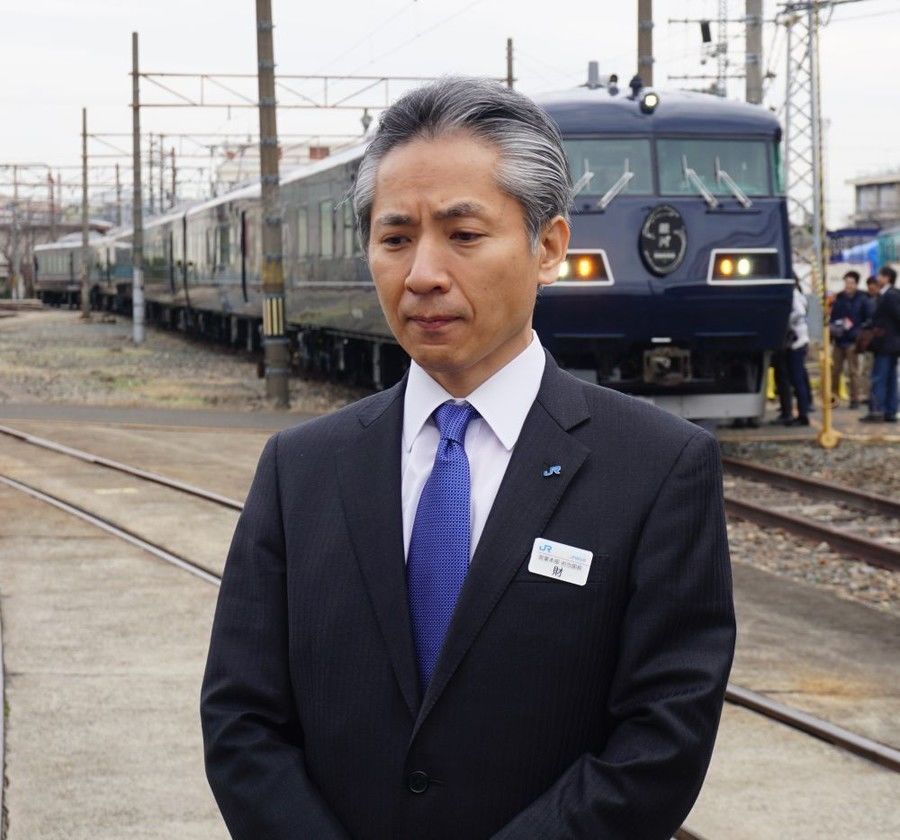 Zai Takehiro of JR West’s sales division at the unveiling of the West Express Ginga in January 2020.

The West Express also diverges from the standard model of luxury liners by catering to a broader range of customer, including young families, a group largely ignored by cruise trains. “Instead of offering high-priced amenities, we want everyone who comes aboard to savor the distinct atmosphere and enjoy the unique pleasure of traveling by train.” 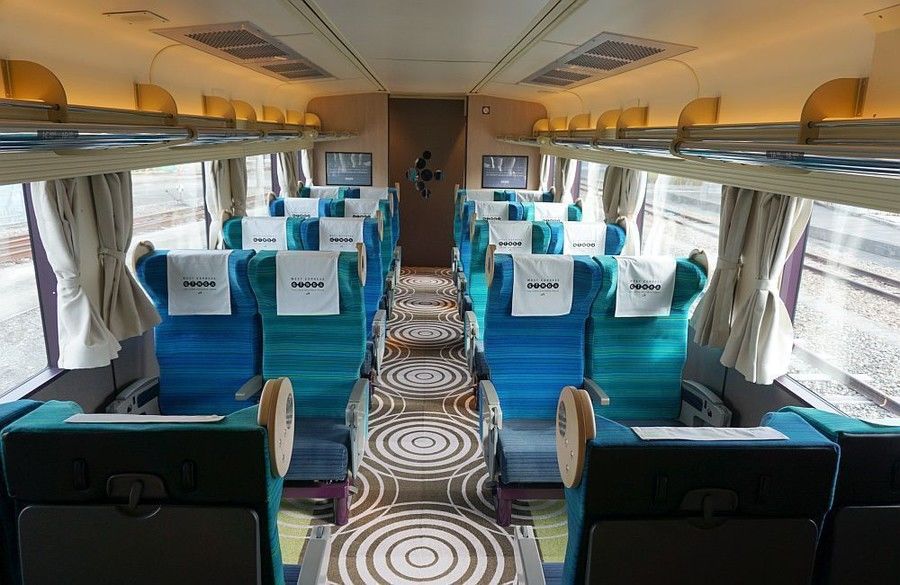 Multicolored seats give character to carriages. 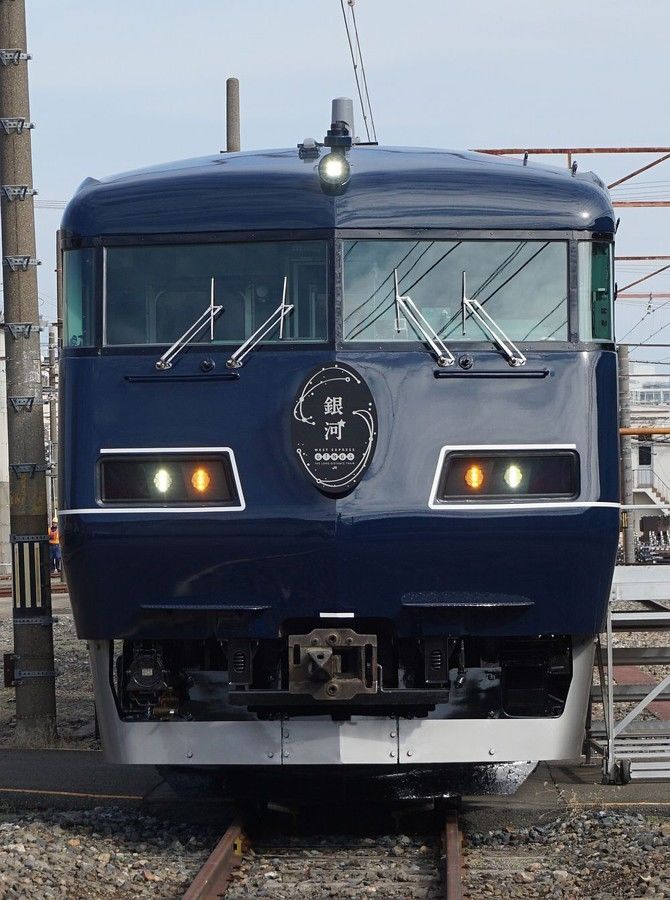 The West Express Ginga from the front. 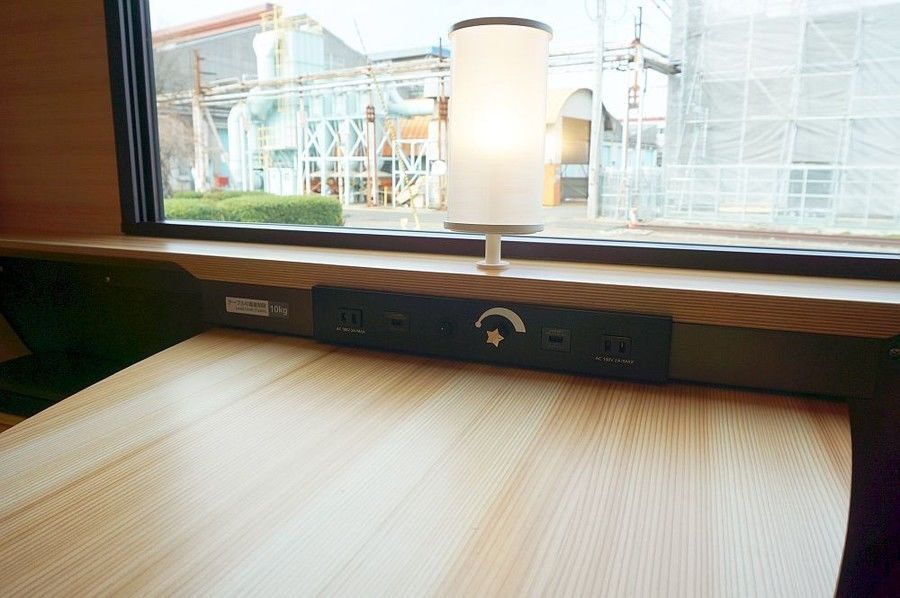 A window seat in the lounge car.

The liner will run between Izumo and Osaka twice weekly, with stops at all major stations along the route, including Kyoto, Kobe, and Matsue. Service is scheduled to be extended to Shimonoseki in Yamaguchi Prefecture later in 2020. The fare for a one-way trip from Kyoto to Izumo will start from ¥10,640. Tickets can be purchased at travel agencies, major train stations, and the JR West website. 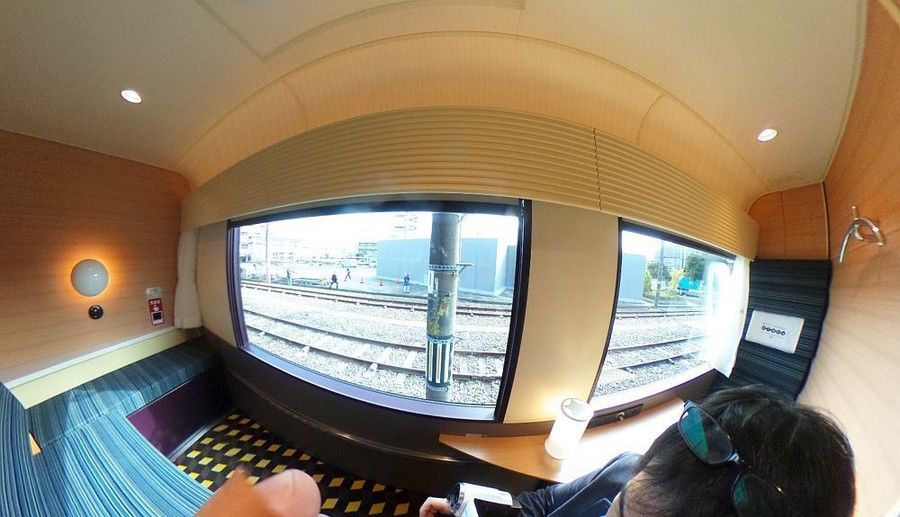 (Originally published in Japanese on The Page on January 25, 2020. Translated and edited by Nippon.com.)