Godzilla has been spotted again. This time the iconic monster has come ashore at the Nijigen no Mori anime theme park on Awaji Island in Hyōgo Prefecture. On October 10, operators unveiled the park’s new interactive attraction, the “Godzilla Interception Operation,” that features a giant model of the kaijū.

The lifelike monster measures 120 meters in length, making it the largest Godzilla in the world. Rather than merely staring in awe at the formidable beast, visitors can attempt to keep the creature at bay by blasting its “cells” inside a shooting range or hurtling into its gaping mouth along a zipline.

The attraction also includes a Godzilla-themed museum and a theater showing an original video that portrays the events since the monster appeared on the island. 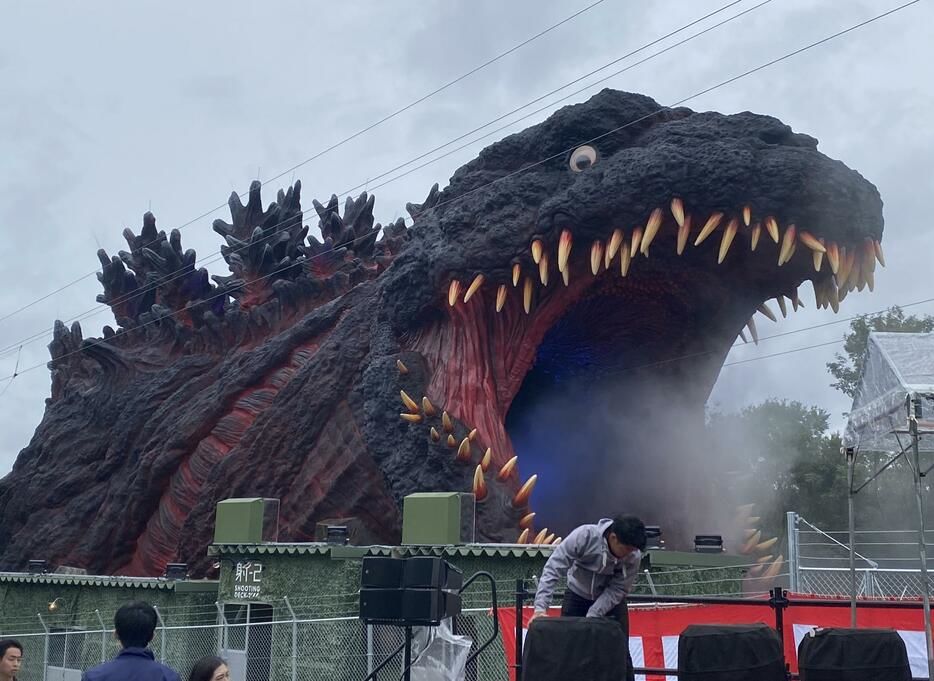 Godzilla looms over the stage at the Nijigen no Mori on Awaji Island. 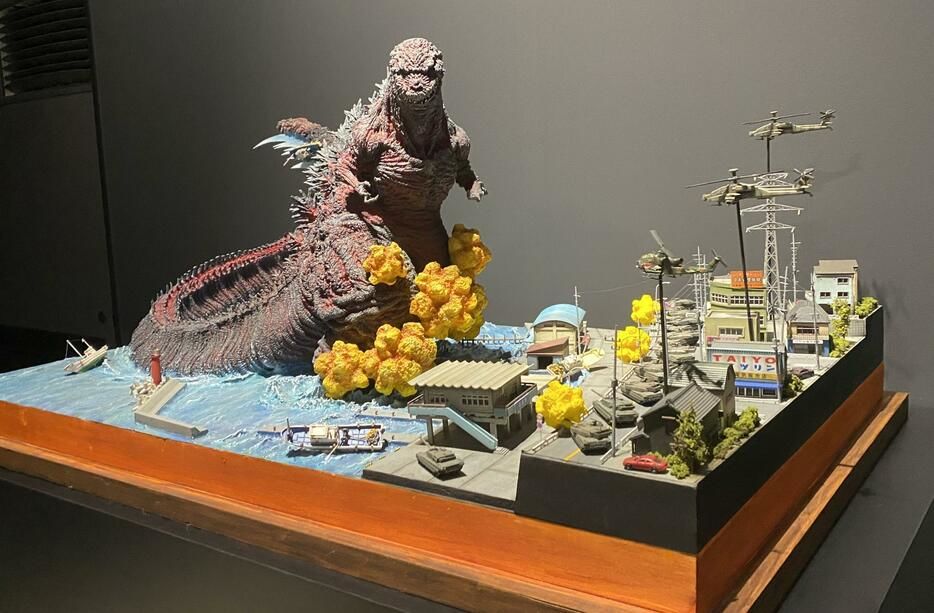 The video features actor Matsuo Satoru from the 2016 film Shin Gojira (Godzilla Resurgence) and the up-and-coming talent Yamazaki Hirona, who is set to make her Hollywood debut in the movie Monster Hunter, scheduled to be released in 2021. Viewers are also treated to never-before-seen images of Godzilla, including the monster silhouetted against the Akashi-Kaikyō Bridge that spans the Seto Inland Sea.

The Godzilla Museum, the first permanent exhibit of its kind in the world, brings the monster to life with realistic dioramas of scenes like Godzilla destroying Tokyo Station. There are also displays of props and costumes used in the film series.

A special event on the morning of October 8 was held at the venue, which is located inside Awajishima Park in the city of Awaji, to celebrate the opening of the attraction. This was attended by such notable figures as Hyōgo Prefecture Governor Ido Toshizō and celebrity Tamura Kenji. 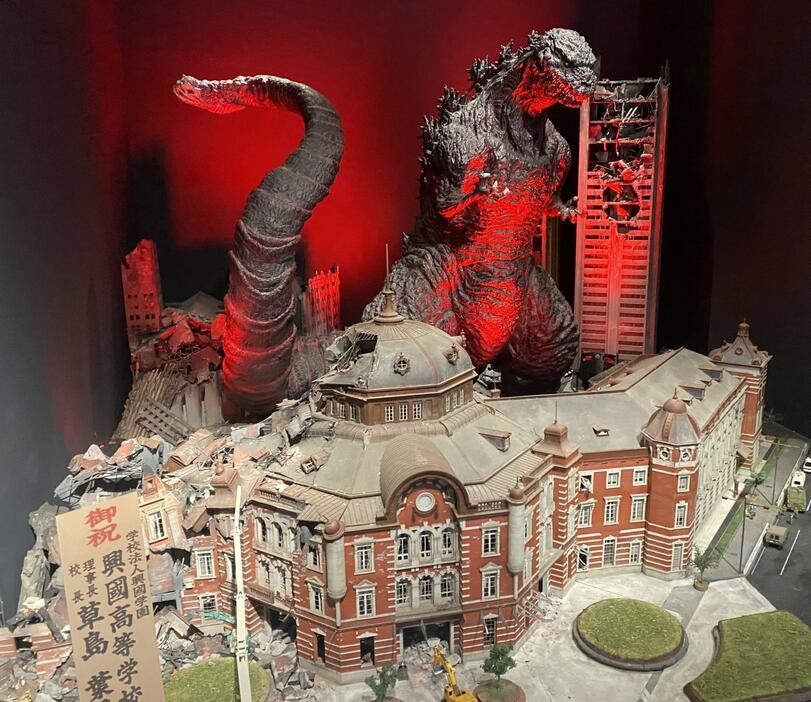 The destruction of Tokyo Station from Shin Gojira. 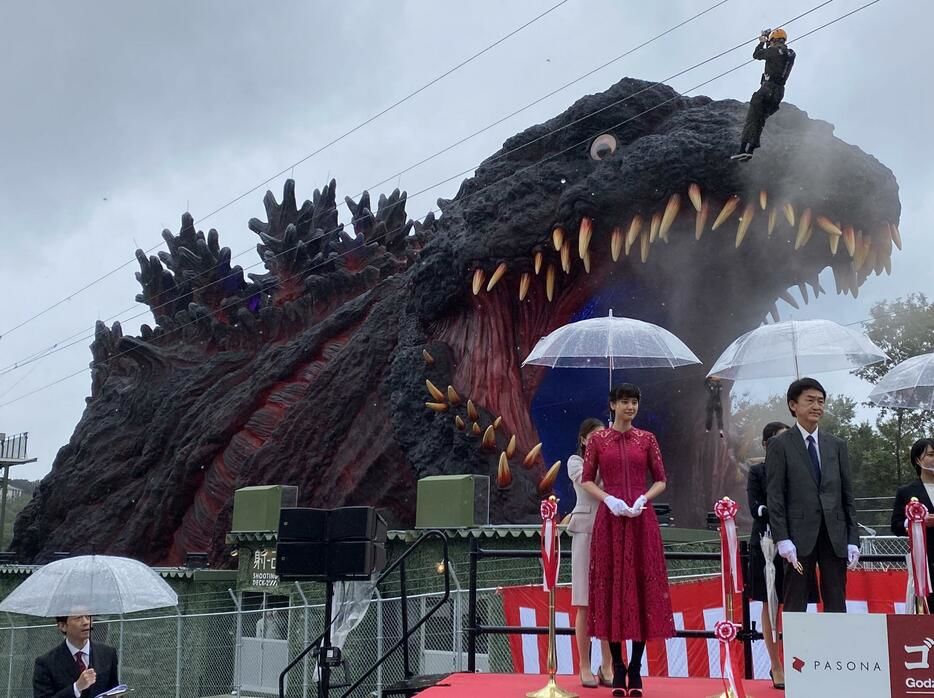 The opening ceremony of the new attraction “Godzilla Interception Operation.”

(Originally published in Japanese on The Page on October 8, 2020. Translated and edited by Nippon.com. Video courtesy The Page YouTube Channel.)