Halal cuisine has become a hot topic in Japan—and not just by coincidence. The Japanese government has set a target of welcoming 20 million visitors annually by 2020, the year Tokyo hosts the Olympic and Paralympic games, and as the economies of Japan’s Asian neighbors continue to grow, travelers hailing from Malaysia, Indonesia, and other Southeast Asian countries possessing large Islamic populations are expected to increase significantly.

According to Japan National Tourism Organization figures, over 176,000 Malaysians traveled to Japan in 2013, an increase of 65% from the previous year, and upwards of 136,000 Indonesians, a rise of 27%, made the trip as well. Japan’s moves to relax visa requirements for travelers from Southeast Asia—home to the world’s largest Muslim population, in Indonesia—will likely push these numbers even higher.

Muslim travelers to Japan will be looking to not only enjoy the sights and sounds of the country, but the tastes as well: namely, washoku, or authentic Japanese cuisine. But for Muslims, who follow dietary requirements set out under sharia, or Islamic law, Japan can appear as a food desert. Food must be halal, meaning “permissible” in Arabic, and must not contain or come in contact with anything deemed haram, or forbidden. Most famously this means pork and alcohol, but the halal concept also includes procedures for slaughtering animals and handling food. These religious requirements place many of the tastiest washoku dishes off limits. And tragically, this can mean that many Muslim visitors fly home without ever savoring a single morsel of sushi, bowl of noodles, or serving of wagyū beef.

To increase Japan’s appeal in the Islamic world, government and private efforts are under way to gradually increase the number of halal-friendly Japanese eateries. One organization helping Japan open its arms to Muslims is the Malaysia Halal Corporation, a company providing such services as halal certification for restaurants, business seminars, and an online shop where Muslims in Japan can buy halal foods and seasonings. 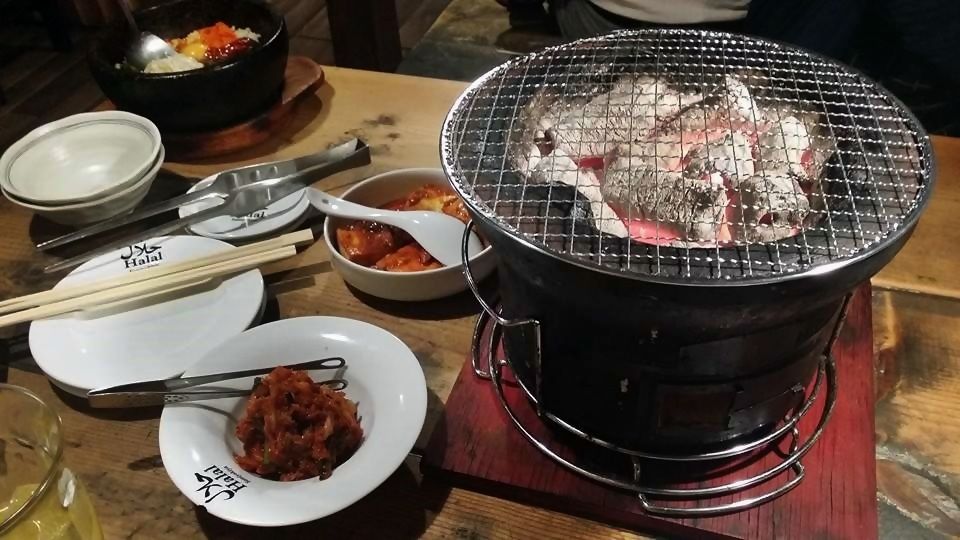 Restaurants, hotels, and food manufacturers are increasingly looking to Malaysia Halal and similar organizations, such as the Japan Halal Association, to get their menus and products approved. Hanasaka Jīsan, an izakaya (dining bar) near Tokyo’s Shibuya station, decided to provide halal menu options several years back upon request from customers looking to entertain Muslim clients. The establishment turned to Malaysia Halal for certification and now offers a shabu shabu set featuring Japanese beef. Halal wagyū is still a rarity (most halal meat products available in Japan are imported) and the ¥4,000 per person starting price for the set is something of a wallet-pincher. Cost aside, though, efforts by Hanasaka Jīsan and other establishments are providing increasing opportunities for Muslim travelers to relax and enjoy washoku in authentic Japanese surroundings.

Eateries deciding to become more Muslim-friendly have to consider the extra financial burden, such as certification fees and the cost of specialized utensils and ingredients. Unsurprisingly, many decide not to make the leap to a fully halal menu. Those that do are often found in areas with higher concentrations of Muslim travelers, such as airports and hotels. Tokyo’s Narita airport has two shops featuring halal menus, one serving udon noodles and another tempura. In Kyoto, Hotel Granvia, which sits atop Kyoto Station, offers a halal menu at its Japanese restaurant Ukihashi. Similar to many Muslim-friendly establishments, however, it requires reservations several days in advance, presumably to allow time to procure the necessary ingredients. Finding restaurants that can safely serve Muslim customers is expected to gradually become easier as the number of shops grows.

More Than Just Dining Out

Restaurants are not the only businesses looking to jump on the halal bandwagon. As Japan ages and its domestic market shrinks, food manufacturers are seeking to market their products globally, including to the world’s billion-plus Muslims. Recent stories in the news have highlighted efforts by rice growers, Japanese seasoning makers, and traditional wagashi confectioners to break into the halal food market, with more entrepreneurs expected to follow suit. 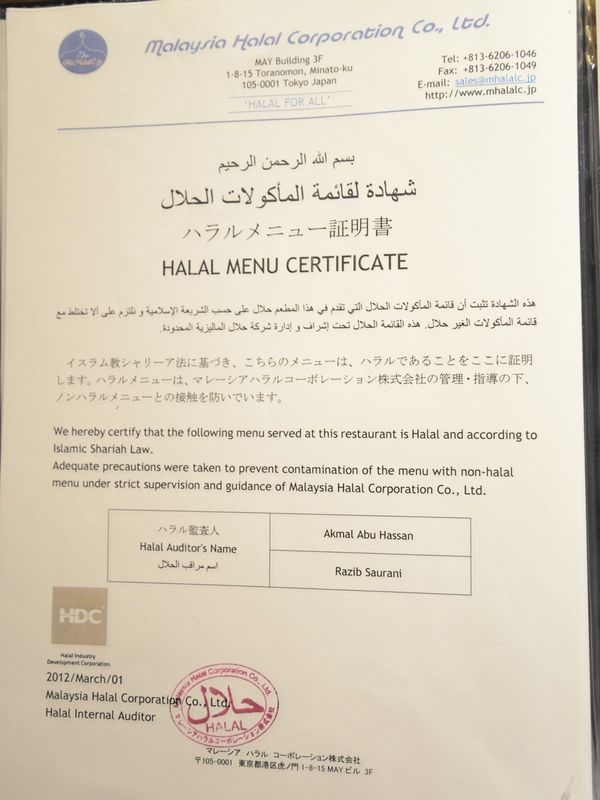 One long-time Muslim resident of Japan notes that there is some leeway in interpreting halal, with the customs and mores of each country affecting the choices travelers make in non-Islamic countries like Japan. For example, there is no real tragedy in trying a dish like sashimi, which typically falls on the friendly side of the halal spectrum, and then discovering that the accompanying soy sauce contains a small quantity of alcohol, as most soy sauces do. As long as a person is careful not to repeat the mistake, no harm is done. But some may consider the risk to be too large; there is comfort in seeing that a dish or product has been approved as halal. Luckily, social media sites like Halal Japan are making it easier for Muslims to choose correctly.

Currently, the scarcity of halal-friendly shops means Muslims visitors to Japan have to do their homework if they want to assure themselves an approved taste of Japan. But as more restaurants look to be halal certified, it may not be too many more years before grabbing a bit of Muslim friendly washoku means popping down to the corner shop instead of making a trek across town.