The Kanji Kentei: Japan’s Test of Characters and the American Who Passed Its Toughest Level

Japan loves tests. It seems that there’s nothing many Japanese like more than filling in answer sheets in a room packed with like-minded individuals. From scenic night views to the culture and history of the Edo period (1603–1868), there’s a kentei shiken, or certification exam, test you can take for almost everything. One of the most popular of these quizzes is the Kanji Kentei, or “Kanken,” which probes knowledge of the thousands of Chinese characters used to write the Japanese language.

The Kanken is mainly based on the ability to read and write characters. In an age when just about everyone has access to a computer or smartphone, being able to write kanji by hand is no longer a guaranteed skill. The test starts gently enough at level 10, for which test-takers only need to know the 80 characters that children learn in the first grade of elementary school. As the test numbers get lower, difficulty increases gradually up to level 2, which requires knowledge of all 2,136 kanji learned by the end of high school.

Then there is a sudden spike. A jump to around 3,000 characters for level pre-1 is followed by an almighty leap to around 6,000 characters for level 1. While an educated Japanese person might be expected to have at least some familiarity with 3,000 kanji, the knowledge required for level 1 goes well above and beyond standard expertise and requires some serious study. Many of the kanji are so little known that they are not generally used in current publications. 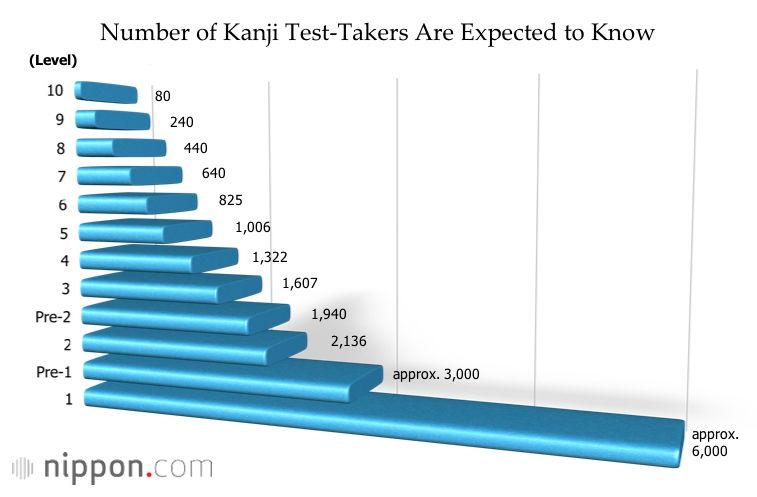 The test is most popular at the mid-to-higher levels, with the level 3 (which tests knowledge of the characters learned through junior high school) attracting the most participants. It’s becoming more and more common for high schools, universities, and even companies to consider Kanken certificates when choosing among applicants. Up to 250,000 people take the level 3 exam in the winter slot—one of three testing times throughout the year—and presumably many are junior high students hoping to use the result to get into their chosen high school.

Still, although the middle levels have more test-takers, level 1 remains the Everest-like target that gives the Kanken part of its appeal. Totaling the numbers for the three separate time slots, only approximately 10%–15% of participants pass this level each year, which amounts to around 500–600 people annually. As you might expect, they are almost exclusively Japanese, but in 2012, Bret Mayer—a 32-year-old resident of Hamamatsu, Shizuoka, originally from New Jersey—joined the level 1 club.

It Started With Dragonball 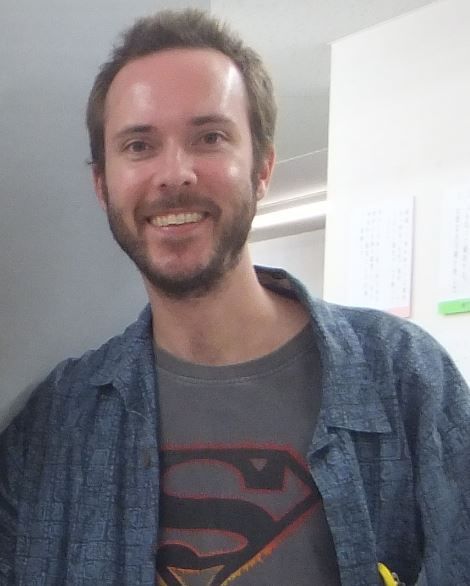 In an email interview, Mayer told Nippon.com his love of kanji began in high school with an encounter with Dragonball at the animation club. “That series basically launched my whole Japanese career. I picked up a bunch of random books from the bookstore and just started studying.” However, as he had not yet developed a practical method, “It was an endless cycle of encounter unknown character, look it up, forget it 10 minutes later.”

In 2008 he arrived in Japan, where he heard about the Kanji Kentei. By dividing kanji into different levels and providing test dates, the Kanken helped him to organize his studies. “It also showed me the importance of writing practice,” he explains “The early level [official study] books all have spaces for writing practice.” Mayer started with level 8 of the test, which requires knowledge of 440 kanji, and passed on his first time.

In the years that followed, he climbed the levels steadily with a 100% success rate. When he came to the pre-2 and 2 levels, which require knowledge of a similar number of characters, he decided to take them on the same day; somehow he passed level 2 but failed the easier pre-2 test. After pre-1, which he passed on his second attempt, in an exploratory spirit he went straight for the top difficulty level, even though he was underprepared.

“I had finally made it to the summit, so to speak, and I just wanted to see what this so-called level 1 test was made of. I scored 7 points. Total.” It took five tries and about a year and a half of study to finally pass the top level. He says one big obstacle is the lack of study materials like those that exist for lower levels. Test-takers have to essentially design their own study.

The Crinkling of a Kanji-Filled Page

His preferred method is still writing. “Some people swear by flash cards or spaced repetition apps, but I could never get into it. I need tactile methods, so the most important thing for me is writing practice. I went through over 50 notebooks, just filling them with characters and problems, and color-coded everything by word, reading, and meaning. One of my favorite sounds is the crinkling of a kanji-filled page as I flip through my notebooks.”

He recommends the Kanken to other foreign learners as a possible alternative to the popular Japanese-Language Proficiency Test. “A friend of mine took level 10 of the Kanji Kentei after being in Japan for only 6 months and passed. This was before ever tackling any level of the JLPT. She was totally thrilled and it gave her a whole new level of confidence and excitement for learning.”

(With thanks to Bret Mayer, who is now working on the Kotowaza Kentei (proverb test), as well as the Chinese language, and who provided the photographs in the article. You can find out more about him at his website, BuSensei.com. Banner photo: Mayer's practice page for the character 懣.)