“Ōmisoka”: Ringing Out the Year in Japan

December 31 is arguably one of the most significant dates on the Japanese calendar. Known as ōmisoka, it encompasses a range of special customs and observances, both traditional and modern, intended to set people on the right foot for the coming New Year.

Oshōgatsu (New Year) traditions are infused with the much-revered concept of engi, a noun that can broadly be translated as “luck.” Ensuring good fortune in the coming year requires carrying out year-end preparations with careful attention to detail. Leaving loose ends is considered inauspicious, and ōmisoka stands as the final day to bring any unfinished business to a close and prevent the misfortunes of one year from spilling over to the next. 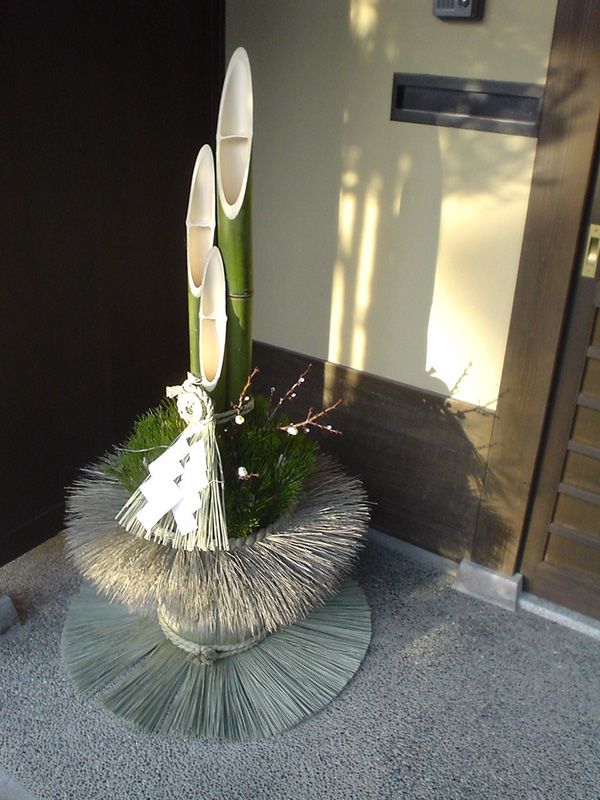 The kadomatsu decorates home and business entrances beginning a few days before the year’s end.

Custom dictates that kitchens should be given a rest during the first three days of oshōgatsu, and households are often bustling on the last day of the year as cooks carefully place the finishing touches on osechi ryōri, Japan’s traditional and auspice-rich New Year’s cuisine. Shops and supermarkets are alive with hurried customers snapping up last-minute bargains before they enter the sanganichi, the three days of the New Year holiday. For those intending not to budge from the kotatsu (a low table with a thick coverlet and electric heater common in many homes), December 31 provides a final chance to stock up on sweets, snacks, and other goodies to pacify grumbling bellies groaning for a break from osechi.

For those who have been too busy to decorate for the season, makeshift stalls in shopping districts offer the full array of traditional decorations. However, prudent revelers are wise to not leave the hanging of seasonal decorations to the last, as the toshigami, or New Year gods, are a persnickety lot who demand a proper welcome. Kadomatsu (gateway pines) serve to attract deities, and placing these important ornaments out on December 31 constitutes ichiya-kazari (displaying for only a single night), a sin carrying the consequence of divine rebuff and misfortune in the coming year. This guideline also applies for other traditional oshōgatsu decorations, such as shimekazari (decorative rope) and kagami mochi (rounded rice cakes). The accepted rule of thumb is that all decorations should be in place by December 28. 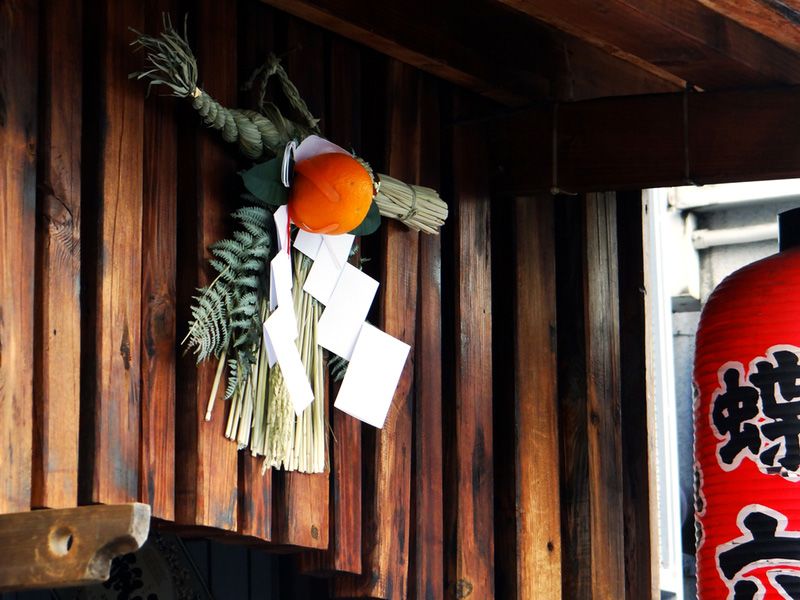 The shimekazari is another common sight in this season at homes, shops, and Shintō shrines.

Year-end cleaning, or ōsōji, is also an important part of ōmisoka and is thought to have ties to susubarai, the traditional end-of-year dusting of regalia at Buddhist temples and Shintō shrines. The custom is said to have started in the Edo period (1603–1868) and was slowly adopted by households over time. Aside from purifying the home prior to the New Year, the removal of 12 months’ worth of clutter and detritus is welcomed by many as a way to reflect on the year past.

Once preparations are out of the way, a popular way to spend New Year’s Eve is by sitting back with a favorite tipple and enjoying the wide array of seasonal shows on television. Public broadcaster NHK’s Kōhaku uta gassen—the song contest pitting the “red team” of women entertainers against the “white team” of men—is an annual favorite. The immensely popular program features new and established talent singing hit J-pop songs as well as crooning popular enka ballads. In recent years, however, the contest’s supremacy has been challenged by a slew of nonmusic programming, including zany comedy shows and live broadcasts of mixed-style martial arts and boxing. 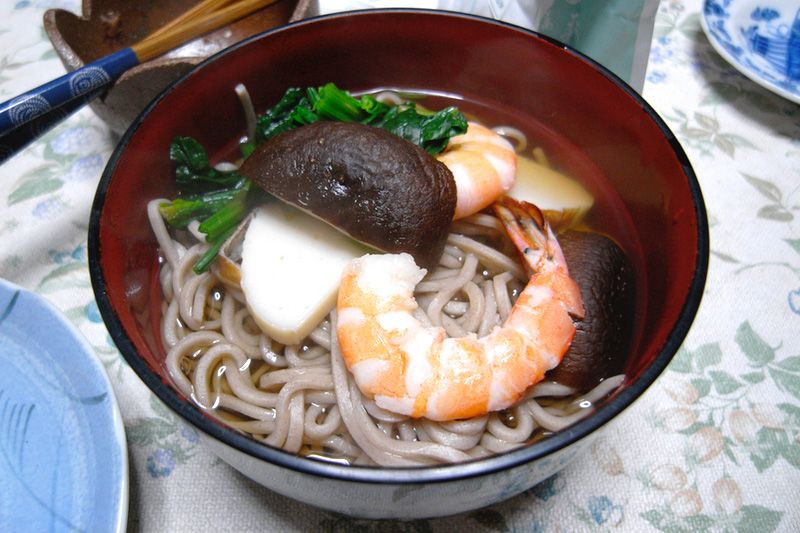 Bowls of soba (or udon farther to the west) have been a standard meal for ringing out the old for some two centuries.

Another tradition also thought to have originated in the Edo period is enjoying a bowl of toshikoshi soba as the clock ticks down on the year. Why soba? One explanation says the tradition has its roots in the ease with which the noodles can be bitten through, providing a symbolic “break” from the trials and tribulations of the past year. In addition, the hardiness of the soba plant and length of the noodles are considered to help ensure longevity and health for the diner. In Western Japan, the dominance of wheat-based udon noodles has produced a separate toshikoshi noodle tradition.

The tone in the final hours of ōmisoka tends to be solemn, although there are several well-known countdown events for those who enjoy a bit of fanfare. Many also trudge to sites popular for hatsumōde (the first prayer of the New Year), such as Tokyo’s Meiji Shrine. But more likely, the year will end in a more subdued fashion, such as by heading to a nearby shrine or listening to the joya no kane, the ringing of the bell at a Buddhist temple 108 times to represent each of the earthly sins, and then off to bed. 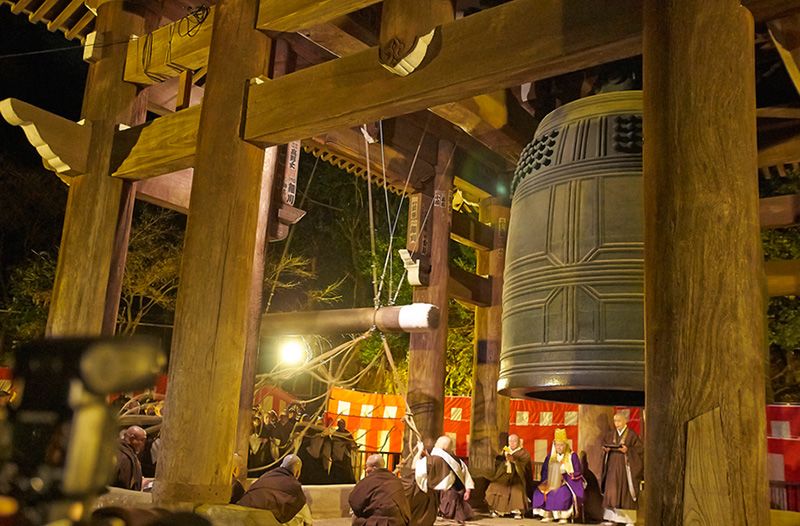 At some temples, like Kyoto’s Chion’in (pictured here), monks handle the bell-ringing; at many smaller temples, visitors on New Year’s Eve get to sound out the year themselves.