Student Voices: On Life and Learning in Japan

Naganuma School in Shibuya, Tokyo, has been teaching foreign students to speak Japanese since 1945. Its annual speech contest gives learners at the school the chance to step on stage and put their study into practice, whether they are at elementary, intermediate, or advanced level. At this year’s event on August 28, contestants were backed by an enthusiastic crowd of their peers bearing flags and banners. When one student was lost for words, encouraging cheers from the crowd helped her to stay confident and finish her speech.

After the contest, some of the speakers talked to Nippon.com about their language study and impressions of Japan. 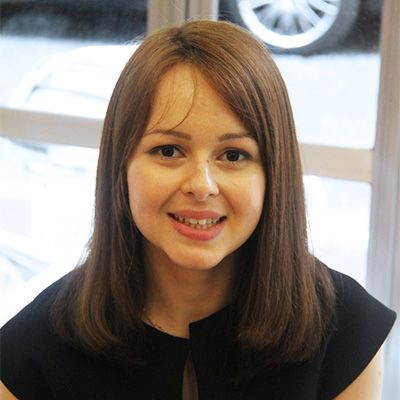 Every day, I study for four hours at school and then for about two hours after I get home. But more than study, I think it’s important to get out and talk with Japanese people directly. In fact, I only speak Japanese here as I don’t know any Italians. I have to speak Japanese with my classmates and teachers, as well as at my part-time job.

I work at an Italian restaurant, but everyone is Japanese and nobody speaks Italian. Sometimes customers say “Grazie,” but that’s all. So it’s becoming more natural for me to speak Japanese.

I only started studying the language after I came to Japan and enrolled at the school last year. I want to work in Japan, so I need to learn business Japanese. As the economy is struggling in Italy, many people are looking for jobs in foreign countries. I’ve been interested in Japan since high school, so I decided to come here. I’m applying for jobs now and I want to work for a real estate or construction company.

The culture is very different and I find it difficult to guess what Japanese people are thinking. In Italy—and, I think, other European countries and America—people are more direct. This sometimes leads to arguments. Probably Japanese people don’t say what they are thinking because they don’t want to argue. It’s taken a while for me to get used to this. 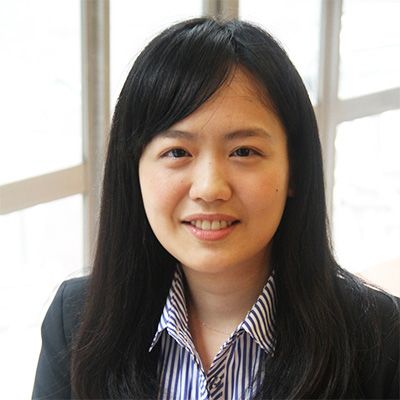 I always watch the news every day for about an hour. The presenters have very clear pronunciation and I can study all kinds of really difficult words that don’t appear in the textbooks at school.

I’ve loved Japanese video games, anime, and that kind of subculture since I was a little kid. I actually started off studying hiragana and katakana by myself when I was in high school. After that I took an elective class for one year at university. But later on, when I was working for a company in Taiwan, I had to speak with a Japanese customer and I realized that I still had a lot to learn. That was when I started thinking about coming to Japan and studying Japanese seriously.

In my speech I talked about the phrase ichigo ichie [a once-in-a-lifetime chance]. I came across it when I happened to buy a Japanese notebook with the words written on it in rōmaji. At first I just liked how it sounded. Then, when I got a little better at Japanese, I checked it in my dictionary and liked the meaning, too.

One thing I don’t like about living in Japan is the packed trains. They end up getting twice as full as in Taiwan. Japanese people always show such consideration for others, so I don’t know why they suddenly get so aggressive and keep climbing on even when the carriage is jam-packed. 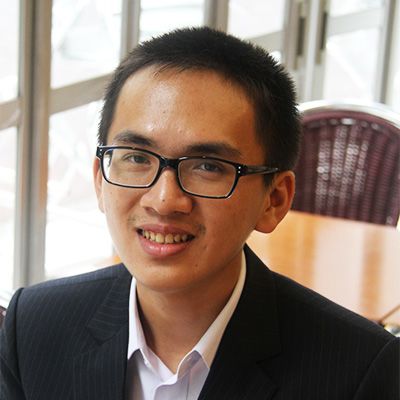 We use the Roman alphabet in Vietnamese, not Chinese characters, so I found kanji very difficult at first. I think it’s important to study them every day, even if only for five or ten minutes. Japanese people see kanji every day from when they’re children until they’re adults, which helps them to learn naturally. Now that I’m using this method, my kanji study is going much better. My favorite character is 人 [hito, meaning “person”], because it’s easy and I knew it even before I started studying Japanese.

I’ve just graduated from high school and I’ve been learning Japanese for about a year. Since I was a child, it’s been my dream to make computers in Vietnam. We still don’t have the technology to make computers independently there, so I want to learn what I need to know by studying at a Japanese university.