Nurturing a Tradition with the Global Sushi Challenge

Enjoying sushi in Japan includes the luxury of knowing the meal is genuine. As the cuisine has spread overseas, however, authenticity is not always something diners can take for granted. To help promote sushi knowledge, Japan’s World Sushi Skills Institute and the Norwegian Seafood Council have teamed up to present the Global Sushi Challenge. Framed as the largest international competition for sushi chefs, the contest, in its inaugural year, brings together top sushi talent from around the world. 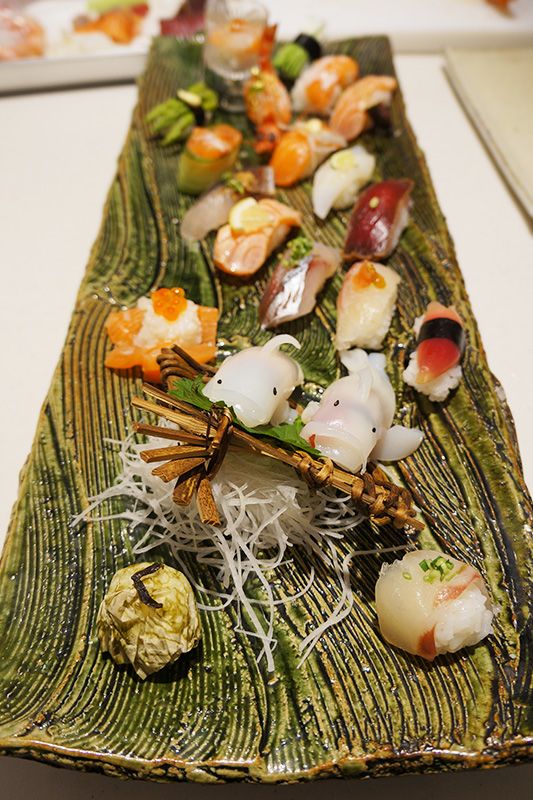 The competition consists of 14 national preliminaries, 13 in Asia and Europe as well as one event in the United States, with national winners gathering in Tokyo for the final round on November 25. The qualifying competitions kicked off in May in Chicago in an event that saw Toshi Takatoshi of California’s Sushi Ran selected as the US contender, followed by Han Dae-won of the Sheraton Hotel Incheon claiming the South Korean crown on June 18 in Seoul. The qualifiers wrap up in October, when the French champion will be decided in Paris.

The competition is divided into two sections: Edomae and creative sushi. Contestants have 10 minutes to make seven pieces displaying their knowledge of Edomae style followed by an hour to create a 20-piece original plate. The format balances traditional skills, where Japanese chefs are commonly believed to have an edge, with original interpretation and flair, which has become the hallmark of sushi overseas. Creations are evaluated by two WSSI representatives and three local judges. 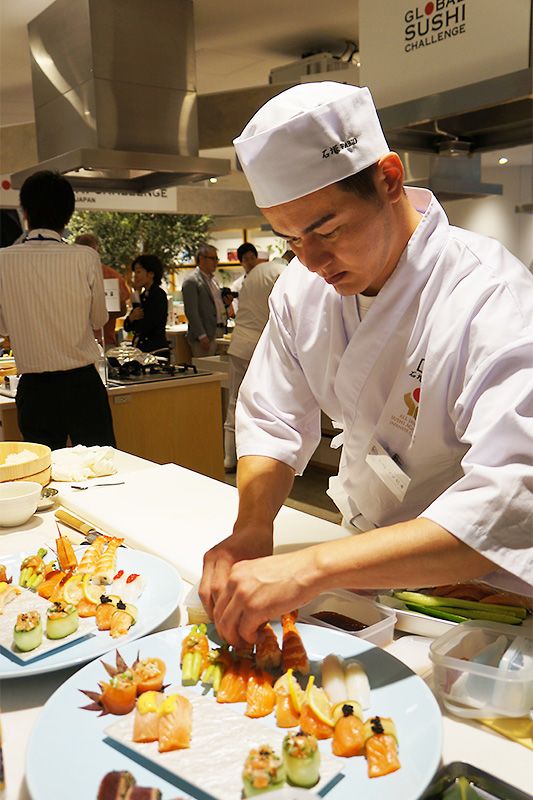 The unfamiliar atmosphere provided an extra challenge to contenders.

The Global Sushi Challenge is open to chefs with three or more years of experience. Organizers are confident the contest will become a major fixture, attracting new talent and drawing attention to both traditional and dynamic aspects of the cuisine.

One key goal of the contest is education. Participants have the option of joining a two-day seminar run by the WSSI covering various aspects of sushi, including history, preparation techniques, and hygiene, as well as hands-on training and the opportunity to earn a sushi proficiency certificate.

The Global Sushi Challenge rolled into Tokyo on September 2, with 11 contenders from around the country vying for the opportunity to represent Japan at the global finals in November. Competitors had to grapple with an unfamiliar kitchen environment and the pressure of being under the constant gaze of judges and media. 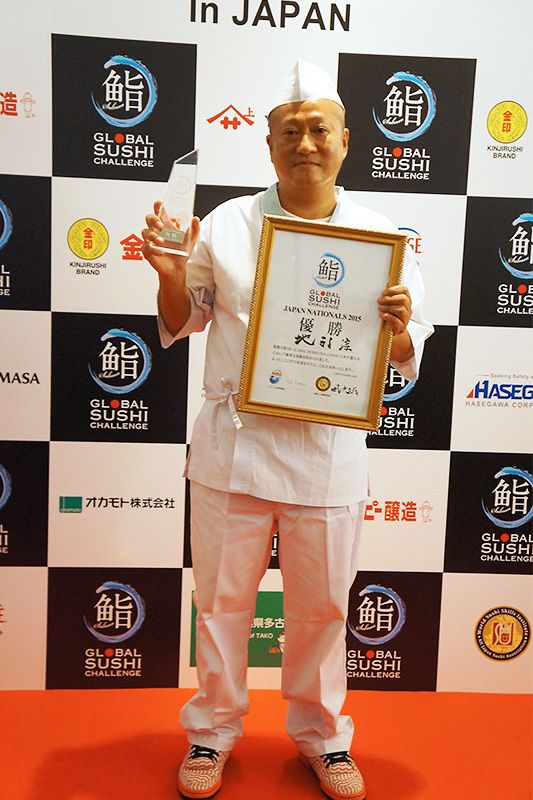 In the end, Jibiki Jun of Koma Sushi in Kanagawa Prefecture was crowned Japan champion. The 27-year veteran earned high marks for his creative sushi, with judges approving of his use of sauces and blending of traditional aspects of the cuisine. During the award ceremony Jibiki expressed his eagerness to test his skills against sushi chefs from around the world.

The Global Sushi Challenge is not just an opportunity to shine a spotlight on sushi skills. It also provides the Norwegian Seafood Council with a platform to promote its contribution to the evolution of sushi. According to an NSC representative at the Japan preliminary, salmon didn’t become a popular neta (topping) until 30 years ago, when the Norwegian government presented the country’s farmed Atlantic salmon as a potential sushi ingredient and stand-in for tuna, whose global stocks are threatened by overfishing. 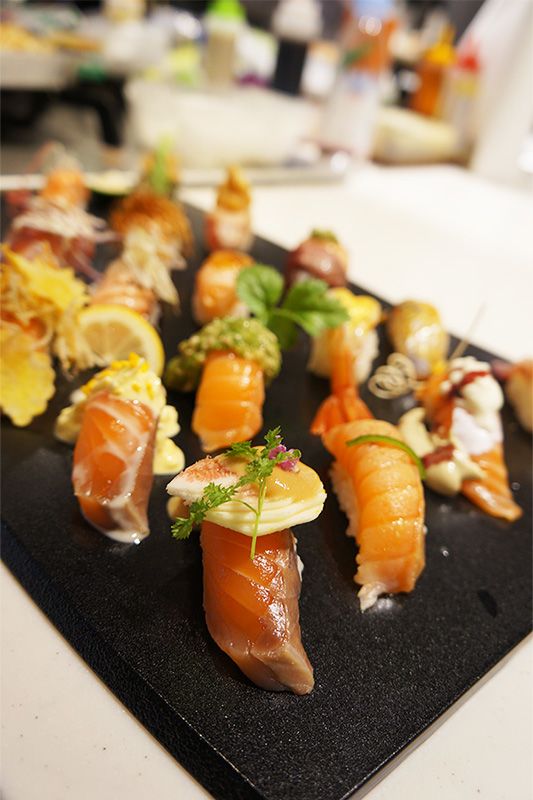 Up to then salmon was not considered a sushi staple, as native varieties were thought to be too lean and susceptible to parasites to be enjoyed raw, while farmed imports had to endure a long transit to Japan and often lacked the required quality. However, the closely controlled environment of Norway’s fish farms changed this, allowing the fish to emerge as a major menu item. Each year tens of thousands of tons of Norwegian salmon are packed in ice and flown to Japan fresh.

While salmon plays a central part in the Global Sushi Challenge, with competitors having to provide two pieces for the Edomae section and eight for the creative sushi, the stars are the chefs and the sushi culture. As the preliminaries move forward, Japan and the world will be given the opportunity to see how global the sushi tradition has become.

(Banner photo: A competitor puts the final touches on his entry in the creative sushi section of the competition.)