August 11 this year is the first-ever Mountain Day, Japan’s newest national holiday. Japan is known for its rugged, mountainous terrain—over 70% of the national land is mountains and hills unsuitable for agriculture or city-building. And many of these mountains, including Mount Fuji, a symbol of Japan to people around the globe, are volcanoes.

Summer is climbing season, and with the new day off coming just before the traditional Obon holidays, many in Japan are certain to be heading for the hills to enjoy their beauty and escape the heat of lower elevations. Below we celebrate Mountain Day with a look at five Japanese peaks, listed north to south. 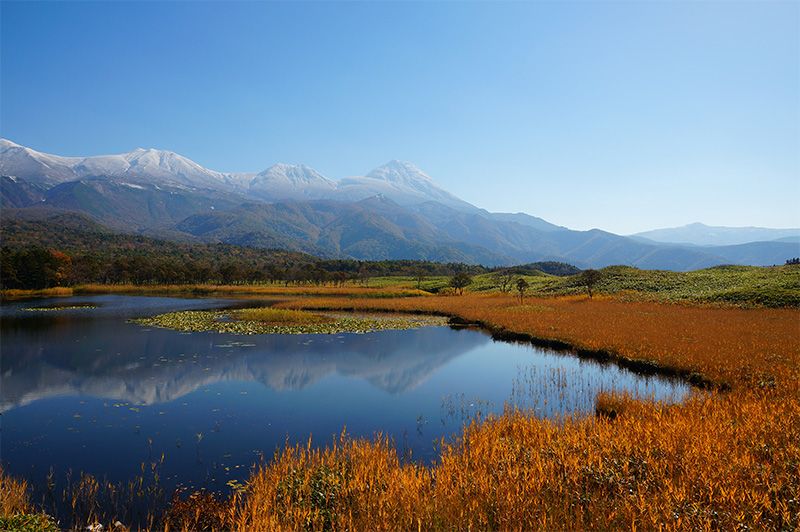 Mt. Rausu at the photo’s center, with Shiretoko’s other peaks to its left.

Standing 1,660 meters high, this is the tallest peak in Shiretoko National Park. The area is also a World Natural Heritage site, inscribed by UNESCO in 2005 for its rich wildlife and the breathtaking beauty of mountains and waterfalls on a peninsula in the Sea of Okhotsk. While it is classified by the Japanese Meteorological Agency as an active volcano, it has not erupted violently in more than five centuries. 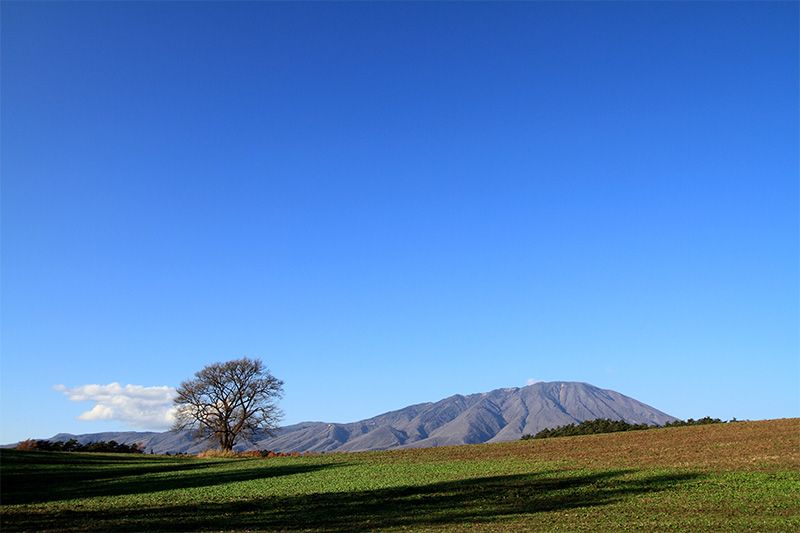 Mt. Iwate in autumn, waiting for the first snows.

At 2,038 meters, this is one of the most commanding peaks in the northern Tōhoku region. Another active volcano, Mount Iwate was placed off limits to climbers and skiers until 2003. To this day portions of the mountain are restricted due to ongoing ground deformation and volcanic gas venting. Scientists who had noted major eruptions in Chile and Indonesia following megaquakes measuring magnitude 9 or higher on the Richter scale have kept a close eye on Iwate as a volcano that could have been primed by the March 11, 2011, Tōhoku earthquake.

The east face of Tanigawa, viewed from the Ichinokura Gorge.

Located northwest from Tokyo, on the border of Niigata and Gunma Prefectures, this 1,977-meter peak is the deadliest mountain in Japan, at least to hikers and climbers. More than 800 people have died on Tanigawa since the 1930s, when the first routes were charted to the summit in the modern era. Part of the crest of mountains forming the “backbone” of the west coast of Honshū, Mount Tanigawa catches massive amounts of snow from storms that blow across the Sea of Japan. The cornices and avalanches in winter are a threat to underprepared mountaineers, as are rockslides in warmer months. 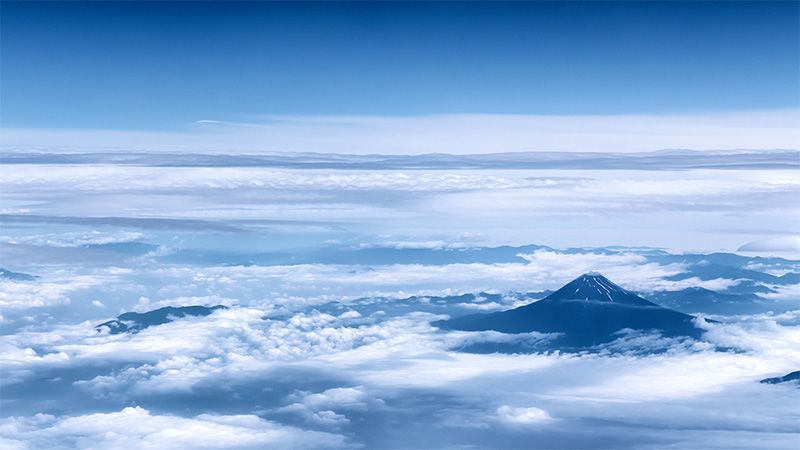 An aerial view of the mountain in early summer.

At 3,776 meters, Fuji is Japan’s highest and most celebrated peak. It is a World Cultural Heritage site since 2013, registered for its significance in the cultural and artistic history of Japan. Mount Fuji ranks twenty-eighth in the world for its topographic isolation, a measure of how far one must travel from its peak to hit land at the same altitude; it is 2,077 kilometers from the 3,886-meter mountain Xueshan in Taiwan. 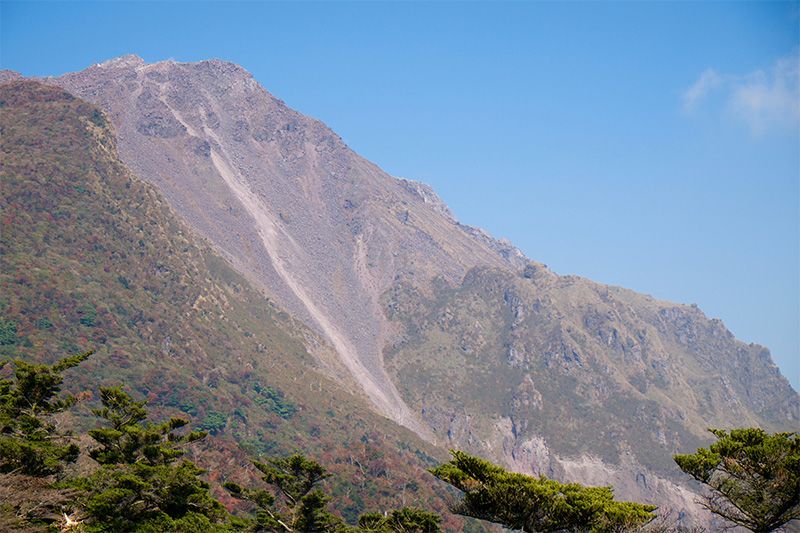 Lava flows and rockslides are evident on one of Japan’s busiest volcanoes.

One of the more active peaks on the highly volcanic island of Kyūshū, this 1,483-meter mountain is one of the newest in Japan. The tallest point, called Heisei Shinzan (literally “new mountain of the Heisei era”), formed in the early 1990s, rising above Mount Fugen, which had been the highest point until then. In 1792 this mountain killed some 15,000 people—the most ever lost in a volcanic event in Japan—when an eruption caused a massive portion of the peak to collapse into Ariake Bay, causing a tsunami reaching 100 meters in height. In June 1991, an eruption near the summit triggered a pyroclastic flow that rocketed down the slope to kill 43 people, including scientists and journalists on hand to study and report on the volcanic activity. (See the video below.)