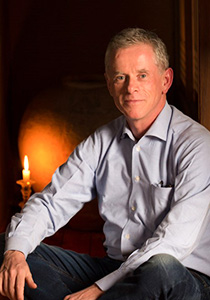 Poet and translator. Born in Ireland. Earned degrees in English literature and philosophy from University College Dublin and went on to gain his PhD in English literature. Has been a visiting fellow at Princeton, Columbia, and Oxford Universities and has taught at Kyōrin University and the University of Tokyo in Japan. His translations of classical Japanese literature include One Hundred Poets, One Poem Each and The Tales of Ise. The former was awarded the Donald Keene Center Special Prize for the Translation of Japanese Literature and the Special Cultural Translation Prize from the Japan Society of Translators, while the latter was nominated for the PEN Award for Poetry in Translation. Produces woodblock prints under the artist’s name Seisai and publishes original poetry in English as well.

The Roots of Japanese Culture

If you had to pick one book to introduce Japanese culture, what would you choose? For the translator and poet Peter MacMillan, it would be the thirteenth-century anthology Hyakunin isshu, which he rendered in English as One Hundred Poets, One Poem Each. “These hundred short poems tell us almost everything we need to know about the Japanese,” he said in a talk at the Foreign Correspondents’ Club of Japan in Tokyo on July 26, 2017.

One aspect they convey is the classic importance of ephemerality in Japanese culture. Poem 33 in the collection evokes a calm spring day on which, nonetheless, cherry blossoms are falling. The poet questions the flowers, “Why do you scatter / with such unquiet hearts?” MacMillan contrasted this appreciation of evanescence with the preference for perfection in the West, where great art is often said to live forever. As an example, he offered the closing lines of Shakespeare’s Sonnet 18, “Shall I compare thee to a summer’s day?” which claim to immortalize the sonnet’s beloved.

The waka in the collection date from the seventh to the thirteenth century. MacMillan chose poem 64, set south of Kyoto, to illustrate how the writers of the era would often zoom in.

As the dawn mist
thins in patches
on the Uji river,
in the shallows appear
glistening stakes of fishing nets.

The way that poets found and celebrated beauty by focusing in on a tiny aspect of a natural scene has been another influential aspect of Japanese aesthetics.

As well as reading poems aloud in both languages, at times MacMillan chanted the Japanese, drawing out vowel sounds so that they reverberated in the air. He did not, however, claim adherence to any of the many schools of performance recognized by aficionados. “People often ask me about my reading style. I always tell them it is Pītā-ryū [Peter-style],” he joked after his first such recital. 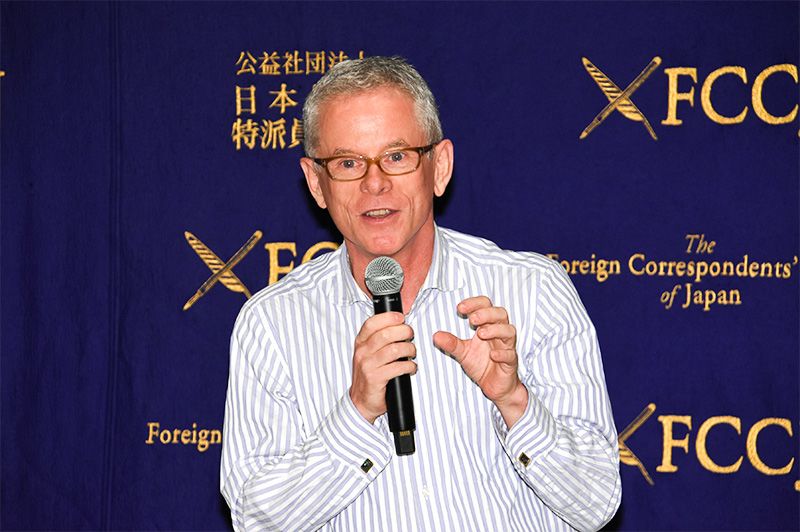 MacMillan shares his takes on ancient Japanese verse at his July 26, 2017, presentation at the FCCJ in Tokyo. (©FCCJ)

Quips aside, MacMillan’s approach to translation allows considerable room for individual creativity. He shared a striking example in his version of poem 3, in which the writer compares a seemingly endless night without his lover to the lengthy tail of the copper pheasant—the male and female bird were also thought to sleep separately by the Japanese of the time. The 25 words of his interpretation are given a line each, so the poem stretches down the page.

The
long
tail
of
the
copper
pheasant
trails,
drags
on
and
on
like
this
long
night
alone
in
the
lonely
mountains,
longing
for
my
love.

This freedom may leave some readers skeptical, but it won over the eminent Japan scholar Donald Keene. In the foreword to the 2008 publication of the poems, he praised the way MacMillan’s versions brought out implications in the originals lost in more rigidly literal translations. Writing of MacMillan’s The Tales of Ise—an English rendering of Ise monogatari released by Penguin last year—Keene went further by calling the younger man “the premier translator of Japanese literature of his generation.”

Adventures of an Ideal Lover

The Tales of Ise is a collection of short episodes centered on real-life poet Ariwara no Narihira (825–80). Part of it is said to have been written by Narihira, but its overall authorship is unknown. It presents him as an ideal lover in a series of encounters, which act more as frames for love poetry than to form a coherent narrative. Even so, MacMillan’s translation has a greater sense of unity than One Hundred Poets, where the many writers encourage a variety of styles.

The collection may take its name from a famous chapter in which Narihira goes to Ise Shrine. He meets the emperor’s daughter, who is the shrine priestess, and must remain a virgin during her tenure. The two spend time together late at night—the narrative is vague, saying only that there was no talking. According to MacMillan, in the Middle Ages there were three conflicting theories on what happened. The first was that they were making love, and the second that they were too bashful to express their love. The third view was that this was an affair of the imperial family and therefore should not concern us.

Among the challenges for the translator in the Tales, a celebrated poem features an acrostic in which the first sounds of each of five sections spell out the Japanese word kakitsubata, meaning “iris.” For almost all the poems MacMillan consistently translates into five lines, but in this case he constructs an acrostic poem spelling “iris” in four lines. Elsewhere, he makes creative use of boldface and other techniques to convey wordplay from the original, although sometimes the intricacy of the Japanese is so great that this cannot be fully expressed.

R eminded of the beloved wife

I have left behind, stretching far—

S adness, the hem of journeys.

MacMillan described the Tales as much more difficult to translate than One Hundred Poets. “It’s much older and it has a huge range of background connected with Chinese literature, the Kokinshū [Collection from Ancient and Modern Times], and other works. It’s also very ambiguous.” His book includes extensive notes for elucidating each of the episodes, which will certainly be of use to readers looking to understand this early masterpiece better. The Tales of Ise was a major influence on the Genji monogatari (The Tale of Genji), among many later works, and without it the history of Japanese literature would be very different.

(Originally written in English. Banner photo: MacMillan’s translation of The Tales of Ise amid karuta, cards used in a game involving the famed 100 poems.)