Kominato Akihisa “The Song of the Shakuhachi”

Culture Dec 15, 2011
Kominato Akihisa is a ground-breaking virtuoso on the shakuhachi, a traditional Japanese bamboo flute. For Kominato, the appeal of the shakuhachi lies in its resemblance to the human voice. It is this proximity to song that makes the shakuhachi a perfect match with music of all kinds. Kominato is embarking on an ambitious mission to bring the pleasures of the shakuhachi to the world. 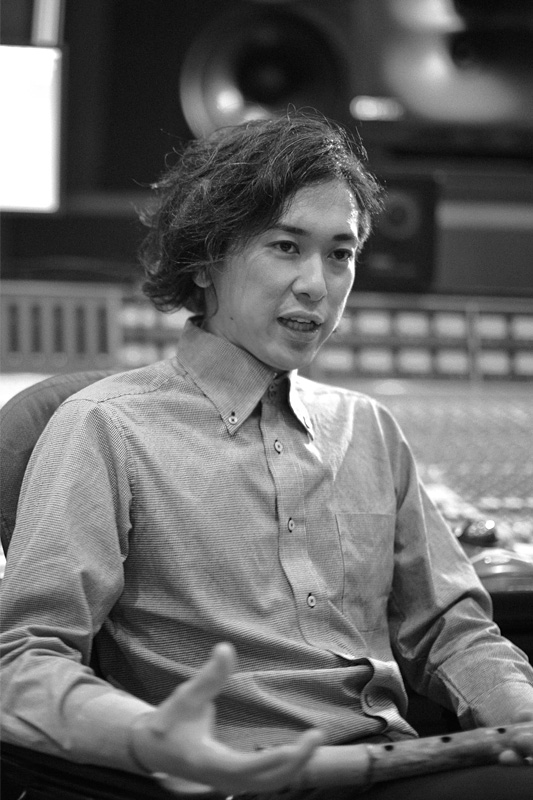 Born in 1978 in Fukushima Prefecture. As the eldest son of a family of master musicians in the Kominato min’yō folk ballad tradition, he was initiated by his parents at an early age and first appeared on stage at the age of five. In 1995 he began studying the shakuhachi under the late Yamaguchi Gorō, a living national treasure. In 2001, he graduated from the Department of Traditional Japanese Music at the Tokyo University of the Arts. Today he is a prominent performer who appears frequently on TV and radio and at concerts and events in Japan and overseas. In addition to Japanese classical music, his work encompasses a broad range of genres, including folk ballads, pop, and jazz.

The shakuhachi is a traditional Japanese bamboo flute, thought to have been brought to Japan from Tang China in the seventh or early eighth century. During the Edo period (1603–1868) the shakuhachi was used as a meditation tool by Zen priests, before gaining widespread popularity among the general population, beginning in the eighteenth century. But in modern Japan, many people regard the shakuhachi as an old-fashioned instrument with a limited repertoire of traditional classical music. The number of people taking up the instrument is falling year by year.

Swimming against the tide in this context of dwindling interest is Kominato Akihisa, a young musician who has made it his mission to explore new possibilities for the instrument. Kominato has already brought the shakuhachi into surprising new contexts through his street performances and fusion-type collaborations with a diverse range of different musical genres. He recently contributed to a CD release by the Scottish singing sensation Susan Boyle, bringing the elegance and depth of the shakuhachi to a new recording of the late Sakamoto Kyu’s classic hit “Ue o muite arukō” (“Sukiyaki”). 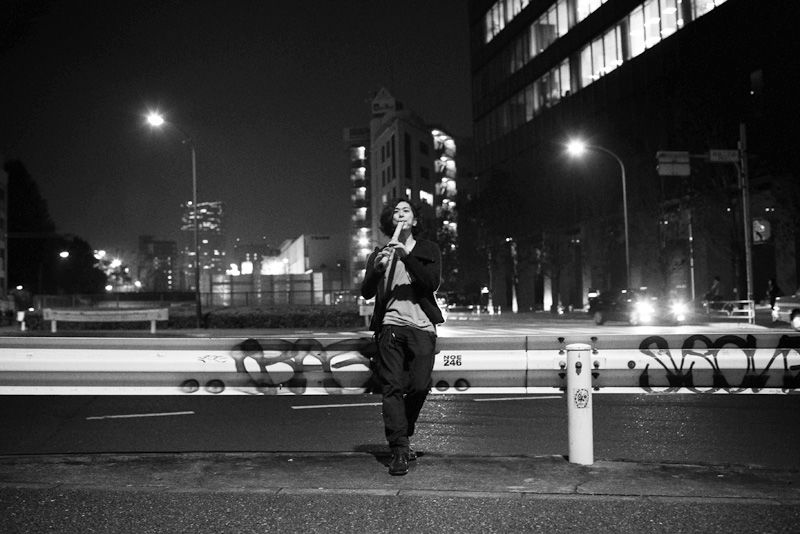 The Distinctive Voice of the Shakuhachi 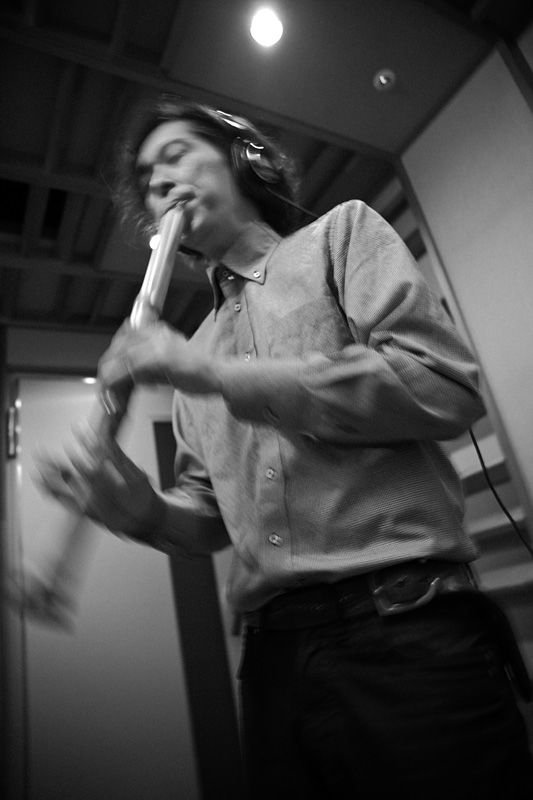 INTERVIEWER Many people in Japan today seem to have a preconceived idea of the shakuhachi as an instrument for older people. I get the impression that young people often don’t know much about the instrument. Would you agree?

KOMINATO AKIHISA It’s certainly true that the shakuhachi has a slightly fuddy-duddy image in contemporary Japan. In that sense, it might be the case that people overseas have a better understanding of what the shakuhachi is really about. They don’t have any preconceived ideas or prejudices about the instrument. People often come up to me after a performance to tell me how “cool” and “contemporary” they think the shakuhachi is. And they’re right—the classical tradition is quite abstract and avant-garde. If you close your eyes when you are playing, there’s a sense that you’re entering into a dialogue with yourself, and becoming at one with the universe. This probably has something to do with the history of the shakuhachi. For a long time the shakuhachi held a special place in Buddhism, and was regarded as a sacred instrument. 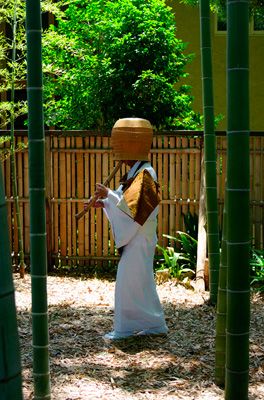 A komusō monk playing the shakuhachi

INTERVIEWER  Does that mean the shakuhachi was something quite distant from ordinary people’s lives?

KOMINATO  Not really. The rules were relaxed around the middle of the Edo period, and it became possible for lay people to learn the instrument. And it really took off! Part of the reason may have been that people wanted to emulate the komusō monks and their immediately recognizable appearance. But another factor must have been the wide range of expressive possibilities that the shakuhachi offers, despite being a relatively simple instrument.

KOMINATO  The shakuhachi belongs to a class of instrument called “air reeds.” The musician produces notes by blowing into the mouthpiece, called the utakuchi in Japanese. There are five finger holes: four on the top, and one on the bottom. The origin of the name is quite prosaic too. It was originally a measurement of length: one shaku (roughly a foot) and eight (hachi) sun, or inches. That’s about 54.5 centimeters. 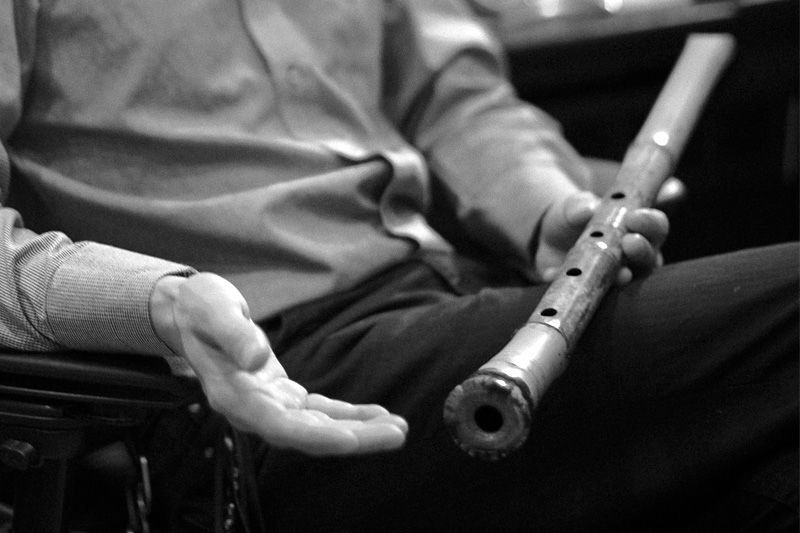 But precisely because the form of the instrument is so straightforward, hitting the desired pitch is extremely difficult. Even producing stable notes is quite a challenge at first. There is a wide range of techniques to master, and a huge variation in terms of the tones that a player can produce. It’s the rich variety of tone, I think, that makes the shakuhachi comparable to the human voice. Every player has a unique tone. The difference is so pronounced that it is quite easy to tell two musicians apart even if they are playing the same notes.

The Limitless Possibilities of Shakuhachi

INTERVIEWER  What was it that made you fall in love with the shakuhachi?

KOMINATO  My father is a musician in the Japanese folksong tradition, or min’yō. I started out as a musician at the age of four, following in his footsteps. So when I took up the shakuhachi, I immediately felt the connection with the human voice and song quite strongly. I am convinced that the expressive potential of this simple wooden flute comes from its ability to sing. All musical instruments go well with the human voice. The unique ability of the shakuhachi to “sing” makes it the perfect choice for collaborations with just about any kind of instrument. My ambition is to keep singing my song with the shakuhachi. 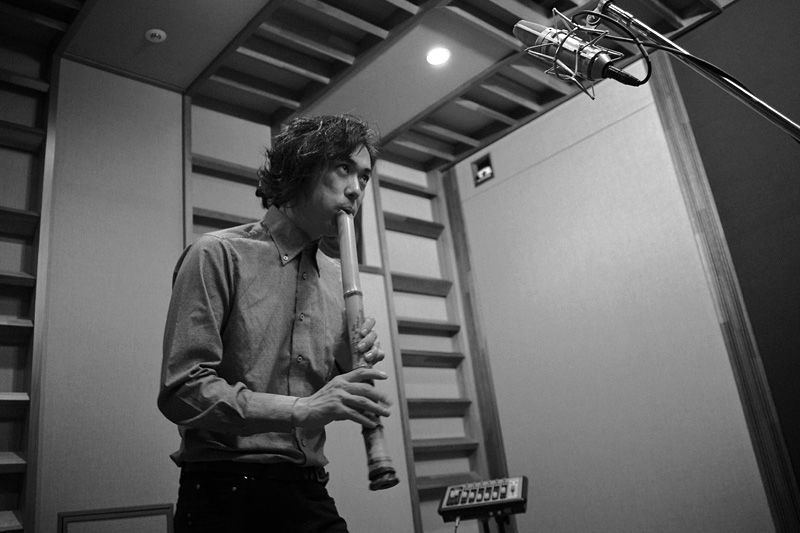 INTERVIEWER That philosophy is presumably what motivates you to collaborate with genres and instruments from far beyond classical Japanese music.

KOMINATO  Actually, until I graduated college I only ever studied Japanese classical music. I started learning the Kinko style of shakuhachi playing when I was 11, and when I was in high school I started studying under Yamaguchi Gorō, who was designated a national living treasure by the Japanese government I didn’t even learn to read Western-style musical notation until I was in college. Then Yamaguchi-sensei passed away during my second year in college. So when I graduated, I faced the prospect of no work and no teacher. I didn’t know what to do.

Around that time I met a guitar player. He handed me a musical score he happened to be carrying and told me to try playing it on the shakuhachi. It was the theme from The Godfather. I was just fooling around at first, but when I played the music, I was surprised by how right it felt. I built up a repertoire of around 10 contemporary pieces, and started to perform them on the streets.

INTERVIEWER  A street performance on the shakuhachi? That would have been an unusual sight in Edo-period Japan, never mind today.

KOMINATO  My teacher always said he wanted me to do whatever it took to communicate the appeal of the shakuhachi to a wider audience. He urged me to work with different kinds of people, and try my hand at different challenges. He told me the toughest challenge was perseverance, and encouraged me keep at it whatever happened. His words made a deep impression on me, and they are a large part of what has driven me to try things like street performances and the various projects I am engaged in at the moment.

The heart of the shakuhachi is song, and every musical instrument goes well with song. That makes the shakuhachi ideal for playing sessions with any instrument—piano, cello, marimbas, or other traditional Japanese instruments like the taiko drums or shamisen. But the possibilities go beyond collaborations with other styles of music. Visual projects work well too. Dance and shakuhachi go well together, for example, and I recently did a collaboration with traditional Japanese calligraphy. With song at the foundation of the shakuhachi, the possibilities are endless and will only keep expanding. 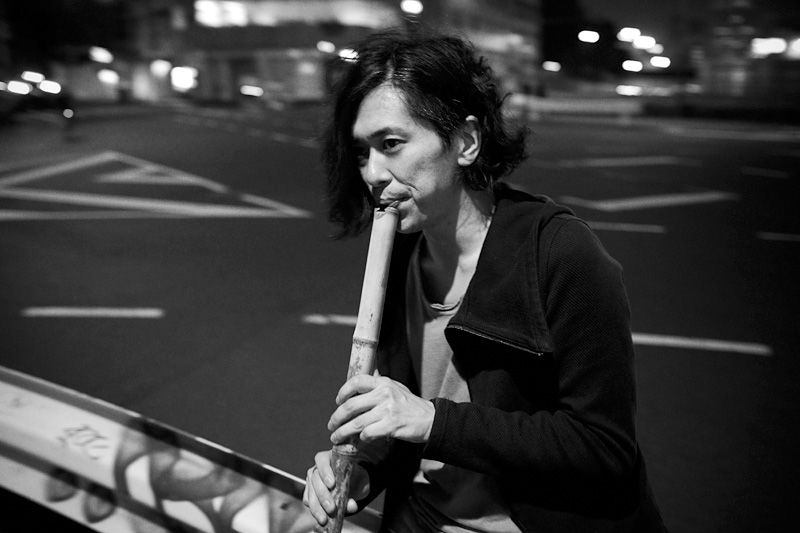 INTERVIEWER  What plans do you have for developing these possibilities further?

KOMINATO  At the moment I am too absorbed in what I’m doing to have time to think about concrete plans for the future. But I’d like to achieve things in my thirties that I wasn’t able to do when I was in my twenties. I want to create something that will serve as the foundation stone for the rest of my life.

In the past, I have worked on all kinds of group activities, especially if you include all the one-off sessions I have been involved in. But from now on I want to pivot slightly and develop my work as an individual. I think of it in terms of starting to develop beyond the framework I worked so hard to master during my twenties. In my thirties, I want to break out of the confines of genre. It doesn’t matter if people criticize me for my work, so long as I believe in what I am doing. It is the idea of playing an instrument that appeals to me. What interests me is the idea of using the instrument to express myself.

I will keep playing the traditional classical music, and work to communicate the music to a wider public. But for a young performer like me, there are not too many opportunities to play the classical repertoire. Shakuhachi recitals are few and far between, and often most of the people in the audience are studying the shakuhachi themselves. I want to perform music that will communicate a sense of what is special about the shakuhachi to people who aren’t necessarily aware of it yet. At the same time, I will continue to work on honing my skills in the classical tradition, and will do what I can to contribute to the revival of the shakuhachi as an instrument for the modern age.