The Neighborly Humor of “Sit-Down Comedy”

Culture Lifestyle Aug 28, 2012
The centuries-old comic art of rakugo finds humor in the chatter of ordinary people facing everyday life—all told by a lone storyteller. One of the most gifted of these storytellers today is Hayashiya Shōzō. In this interview, he discusses the current rakugo boom and how the art conveys the tough yet kind outlook of Tokyo’s shitamachi districts. 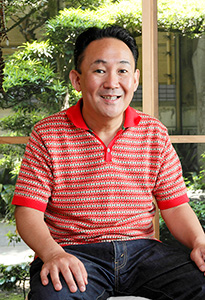 A rakugo storyteller born in Tokyo in 1962. His late father, the rakugo performer Hayashiya Sanpei, was known as the “king of laughs” during the Shōwa era (1926–89). Hayashiya Shōzō entered the Rakugo Association in 1978 under the name Hayashiya Kobuhei. In 1987 he became the youngest to be promoted to the rank of shin’uchi, which is given to outstanding rakugo storytellers, jumping ahead of 13 of his seniors. He assumed his current name in 2005, becoming the ninth storyteller to use that traditional name (including his grandfather). He has won numerous awards as a rakugo storyteller, including the Asakusa Arts Prize. He is also active as a television personality and actor, and as a voice actor.

The Rude Charms of Rakugo Characters

INTERVIEWER These days more young people seem to be interested in rakugo. 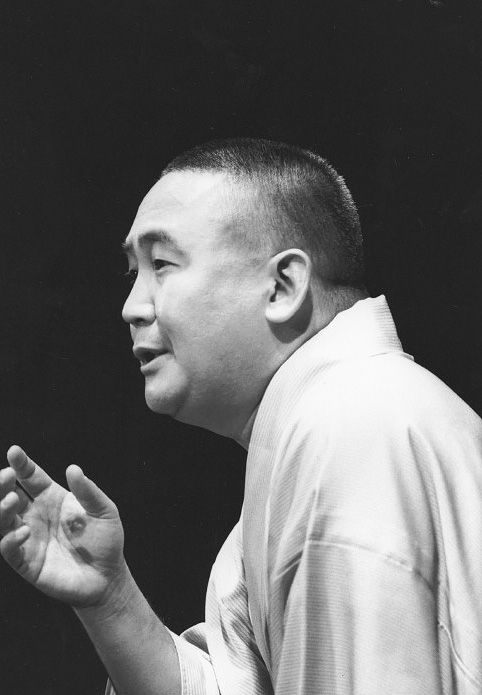 HAYASHIYA SHŌZŌ Yes, rakugo is enjoying a boom in its popularity right now. Audience members used to be mostly older people, but in recent years we see more and more young faces in the crowd. And even people outside Japan are becoming familiar with rakugo. We used to explain the essence of rakugo to foreigners by describing it as sit-down—rather than stand-up—comedy; or as an old-style of comic storytelling.

It surprised me that foreigners in the audience tend to break out in loud laughter more often than Japanese do. The rakugo stories we tell have references to aspects of life in the Edo period [1603–1868], like the old nagaya row houses or the kuruwa licensed quarters; and I find that—since young people in Japan don’t know about those things or the old bathhouses—the foreigners are more apt to laugh at the jokes because they take a keen interest in the culture and language of Japan.

INTERVIEWER Unlike kabuki performances, there don’t seem to be English earphone guides or translations available for rakugo.

HAYASHIYA That’s right. And if there were, I think it would spell the end of rakugo. [Laughs] It would be hard to offer English versions, because, in the case of the makura, or “pillow,” preface to a rakugo story, the content changes from day to day.

The key to rakugo is how well a performer can move the audience by telling a story; it’s an art form that involves bringing a fictional world to life. Most of the characters that appear in a performance are useless types: a person weighed down by complexes, someone unable to learn anything, the hen-pecked husband, the boneheaded thief, a ghost afraid of the dark, a fox bewitched by a human, and so on. These are the characters and things that make up the world of rakugo. The strange point, though, is that the losers in this lineup tend to have a bright and positive outlook.

The characters get into trouble and suffer, but they are not prone to wallowing in their own misery or barricading themselves in their homes. Instead, they have a fatalistic view that certain things are bound to happen. And even if they don’t reach a solution, they do at least have a good laugh about it in the end. They are down-to-earth types who aren’t that ambitious.

INTERVIEWER A lot of Japanese people these days don’t seem to know much about the sensibilities typical of the so-called “child of Edo” or Edokko in Japanese—those born and bred in the great Japanese metropolis now known as Tokyo. 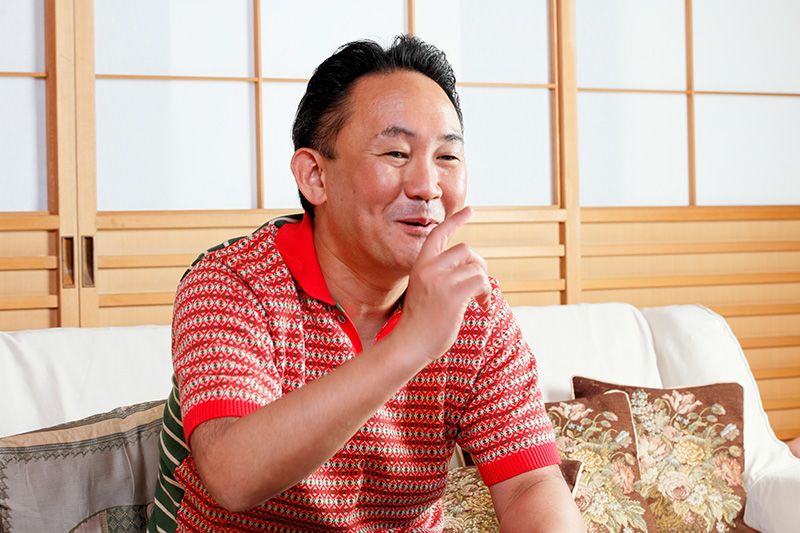 HAYASHIYA You’re right. That reminds me of a short comic tale that is really in the edokko style. The conversation between a man and wife goes something like this:

Husband: I’m home!
Wife: Welcome back.
H: Hey, I saw the family with those young kids next door eating potatoes. I’m sure those kids would love to have rice. Do we have any?
W: Yes, we do.
H: Well, why don’t you give some to the neighbors?
(A couple of minutes pass)
W: I took the rice over to the neighbors.
H: And?
W: They were in tears; it’s been so long since they saw a bowl of rice.
H: That’s wonderful. I guess it’s about time for us to have some of that rice too, eh?
W: But there’s none left. I gave it all away to the neighbors.
H: Ahh . . . all right then, so potatoes it is.

I just love that conversation, and its easygoing tone. When the man asked his wife to take some rice to the neighbors, feeling sorry for the kids who only had potatoes to eat, he knew that it would mean going without rice himself. And his wife was also willing to give away all the rice she cooked. The story conveys how the characters look out for others who are in trouble.

INTERVIEWER That story echoes the typical interaction between the residents of the old shitamachi districts of Tokyo, where the common people lived.

HAYASHIYA Exactly. I remember asking a friend of mine, who recently moved to a shitamachi area from a condo out in the Tokyo suburbs, whether it was hard to get to know the new neighbors, and my friend said: “Not at all. At my old condo, I had no idea who my neighbors were; in the elevator none of us ever said a word to each other. I had a much harder time back then, when I had no idea what my neighbors were thinking. But now, in shitamachi, when I see people in the neighborhood they greet me with a “Good morning” or a “See you later.” The locals manage to keep just the right amount of distance with each other—being friendly and helping each other out, but never becoming bothersome busybodies.

Not as Tough as They Look

INTERVIEWER You seem to have deep ties to the Asakusa district of Tokyo, which is home to many theaters for the performing arts.

HAYASHIYA Yes, for a long time it’s been an area where comedians were born and raised, so the residents have always shown a lot of affection for performers.

INTERVIEWER The neighborhood is also home to a lot of stores and restaurants with long histories, right? 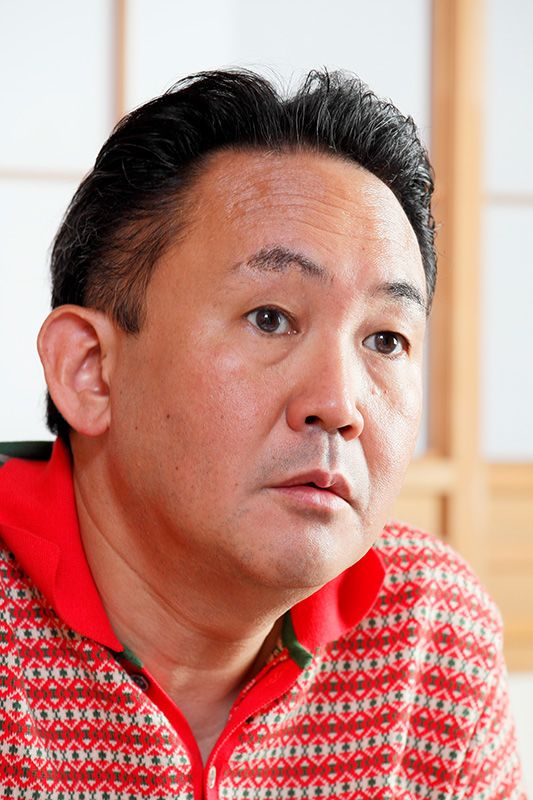 HAYASHIYA The area has a reputation for having some rather shady places, actually. [Laughs] There are a lot of tough characters. There was a grilled eel restaurant that my late father [the rakugo performer Hayashiya Sanpei] used to frequent. But I would always eat somewhere else. Well, one day, the owner of that restaurant angrily confronted me, saying: “Hey! Why don’t you eat at my place like your Dad used to do?” I couldn’t believe he was addressing me in that threatening tone, even though we were meeting for the first time. [Laughs] Then, when I stopped by his shop a few days later, he had the gall to say—albeit with a whimsical look in his eyes—“You’re late! What took you so long?”

That same shop owner didn’t hesitate to say “We’re closed” one day when a customer he didn’t like tried to enter—and told me later that he had once had a quarrel with that customer.

These are the eccentric—or uncompromising—characters you’ll find in Asakusa. Step inside that grilled eel shop, for instance, and instead of a friendly greeting, the owner might ask: “What the heck are you doing here?” The words are rude, but if you look in his eyes you see he’s just joking around. And then he’ll bring you the tastiest eel you’ve ever had. This is the “shady” aspect of Asakusa I was just talking about—and it makes the neighborhood enormously interesting.

INTERVIEWER I imagine that the locals in Asakusa have a critical eye when it comes to rakugo.

HAYASHIYA Actually, that’s not really the case. The connoisseurs of rakugo are looking to have fun and laugh when they attend a performance, not to scrutinize everything. Most audience members will pay attention even to those performers who aren’t their favorites, but if a performer acts a bit pompous or doesn’t make much effort, you can sense the audience’s dissatisfaction from the atmosphere in the hall. I should add that these same audience members are more than willing to applaud at the end of a struggling warm-up act if they sense that the performer gave it his all.

INTERVIEWER Do you have any tips for those unfamiliar with rakugo who might want to check out a performance?

HAYASHIYA I would tell the absolute newcomer that there’s no need to study rakugo before attending a performance. Even if you listen on CD to stories told by famous rakugo performers, it won’t give you a good idea of what the atmosphere is like at a live event. It’s better to just head to a performance with a friend or family member you like. And you should probably leave the kids at home; rakugo stories are mostly about the world of adults, so you’ll often encounter some amorous anecdotes.

Also, be sure to locate a good restaurant or bar that you can stop by after the performance. Having a bite to eat after watching rakugo is sort of like how someone might have a nice meal after attending a play or concert, or go out for chankonabe stew after going to a sumō match. Basically, I’d like to see people approach the whole rakugo experience in the same sort of way.

Another thing I’d tell the newcomers is to go to a performance on a fine Saturday or Sunday afternoon, because that is when the stories tend to be easiest to understand. In fact, I was once scolded by an older rakugo storyteller for recounting an emotional tale during a performance I gave on a nice sunny day. He said to me: “On a day like this, people just want to have a good laugh and then head home—and our job is to deliver those laughs.” That sums it up perfectly, I think.

Attending a performance on a Tuesday or Thursday, meanwhile, is probably the best option for a connoisseur of rakugo; or stop by the rakugo theater in Tokyo’s Ikebukuro district a few days before payday or on a rainy evening. Those are the times when audiences tend to be a bit sparser, so the performer has more freedom to tell whatever story he likes. Anyone who wants to see such performances—even newcomers—should head to the theater on one of those slower days.

(Translated from a June 4, 2012, interview in Japanese by Sakurai Shin. Interview photos by Yamada Shinji.)