Culture Mar 26, 2018
Master gardener Sano Tōemon has laid out and cared for countless Japanese gardens in Japan and overseas. The 90-year-old veteran landscaper is particularly revered for his knowledge of flowering cherries, earning him the honored title of sakuramori, guardian of the beloved trees. In this interview Sano shares his views of sakura, traditional landscape gardening, and cultural change in Japan. 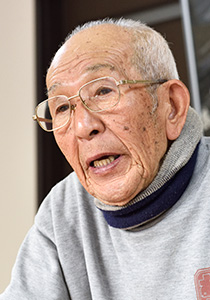 Born in Kyoto in 1928. Sixteenth-generation gardener and head of Kyoto landscaping firm Uetō Zōen. Has worked on many prestigious gardens in Japan and abroad, including the Japanese garden designed by artist Noguchi Isamu on the grounds of the UNESCO headquarters in Paris, the garden at the Kyoto State Guest House, and the Kantakeyama Shin’en Garden of the Samukawa Shrine in Kanagawa Prefecture. Publications include Sakura taikan (A General Survey of Flowering Cherries), based on research started by a predecessor, and Kyō no sakura (The Flowering Cherries of Kyoto). Awarded the UNESCO Picasso Medal in 1997 and the Order of the Rising Sun in 1999.

A Gardener of Kyoto

In Japan, tourists are admonished to visit Nara for traditional architecture, but for gardens, to head to Kyoto. The latter’s many temple and estate gardens have survived the centuries remarkably intact, and many new gardens have been constructed since the Meiji era (1868–1912), allowing visitors today to enjoy landscaped views dating from modern and ancient times.

Over his 70-year career, sixteenth-generation gardener Sano Tōemon has tended some of Kyoto’s most renowned gardens and laid out new creations in Japan and abroad. The energetic 90-year-old is especially known for his expertise with flowering cherry trees and has earned the venerable title sakuramori, “guardian of the cherries,” in recognition of his superior knowledge and talents.

INTERVIEWER   You’re involved with a project surveying well-known trees that was started by your predecessor from two generations ago. What can you tell us about that?

SANO TŌEMON  The fourteenth Tōemon began collecting information on famous flowering cherries during the Taishō era [1912–1926]. At that time traveling wasn’t as easy as it is now, but if he heard about a famous tree he would rush off to wherever it was to investigate. People around him said his “sakura fever” bordered on obsession. To him, though, it was a race against time. He feared the destruction of Japan’s natural environs and wanted to document the trees before they were gone forever.

He made detailed drawings and collected information on trees. My immediate predecessor catalogued these works, which I compiled into a book. The research project is still ongoing. Staff here at Uetō collect data on trees, including carefully hand drawing each section of flowers from the petals to the stamen. 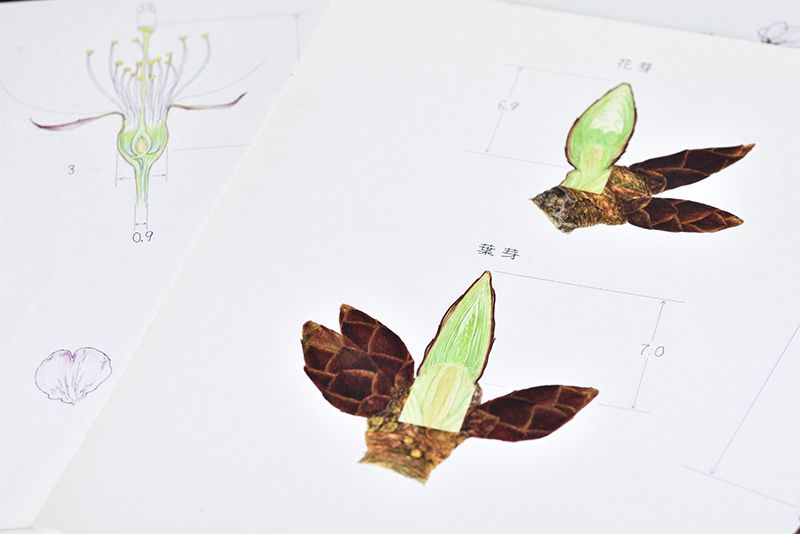 The staff of Uetō Zōen collect information on cherry trees, a process that includes making detailed illustrations of blossoms.

I don’t see cherry blossoms as something to simply sit and admire. They are an annual finale for the trees. They spend the entire year preparing to bloom, and each season produces subtle variations, like in the color of petals, that reflect fluctuations in weather and other conditions over the previous twelve months. Rather than gawking at the flowers, I feel like commending the trees for their hard work.

One concern I have is with the overabundance of the somei-yoshino variety of cherry. People like the trees and so plant hundreds of them in groves. But having so many in one area disrupts the surrounding environment and leads to massive outbreaks of harmful caterpillars. People think they can do as they please, but you must strike a balance with nature. 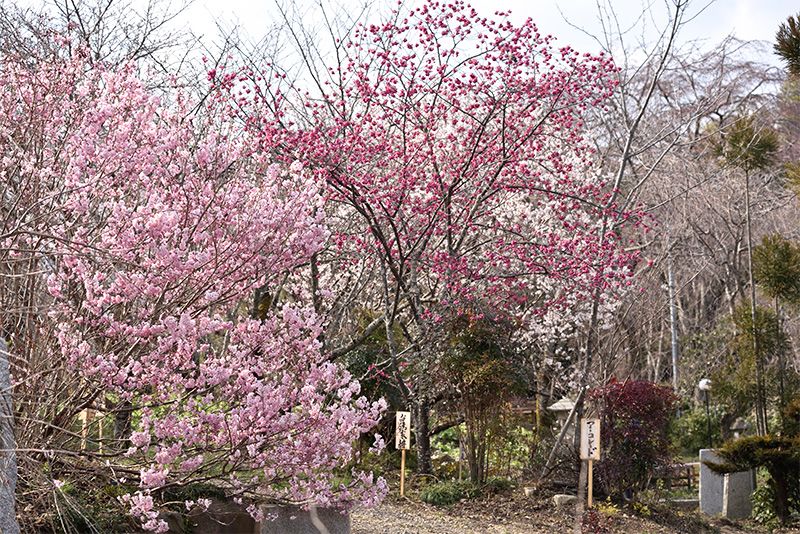 The grounds of Uetō Zōen contain around 70 varieties of flowering cherries, making it a hidden gem for sakura aficionados during blossom season.

INTERIEWER   You’re descended from a long line of farmers who tilled land in what was once the domain of the influential Kyoto temple Ninnaji, and your family began tending gardens in the late Edo period [1603–1868]. And you’re still at it.

SANO  I grew up listening to my father and grandfather reminisce about my family’s past. We had three generations living under one roof and I commonly heard stories from as far back as my great grandfather’s day, some 200 years earlier. This gave me a strong appreciation of where my family came from and is something I try to pass on to my own grandchildren.

My parents were busy with work, so as a boy I tagged along with my grandfather. I never studied to be a gardener. I just picked up the trade by watching him. After I was old enough to work, these memories served as my guidebook. It never occurred to me to be anything but a gardener. My grandmother liked to joke that it was in my blood.

INTERVIEWER   You may be an expert gardener, but you’ve also said that fostering personal connections is as important as your skill in placing plants and stones.

SANO  I once worked on a large-scale redevelopment project in Hiroshima where some local colleagues asked me to plant four cherry trees. The location was in an area that before the atomic bombing of the city was known for its traditional kagura dancing. The owner of the landscaping firm I was working with told me he wanted to create a space to hold performances and outdoor tea ceremonies.

I was moved by his desire to revive local traditions, but I told him up front that cherry trees are difficult to grow in Hiroshima. The ground is extremely sandy, so the first order of business was to improve the soil. I used a time-honored approach involving digging a pit and filling it with stones, wood-based materials, and ash. Once the planting site was ready, we had to wait for the best time of year to put the trees in the ground. The whole process took three years, but my colleagues stuck with me and saw it through to the end. I try to instill in young people an understanding that ability will only take them so far in their careers. What is vital is building trusting relationships with people. 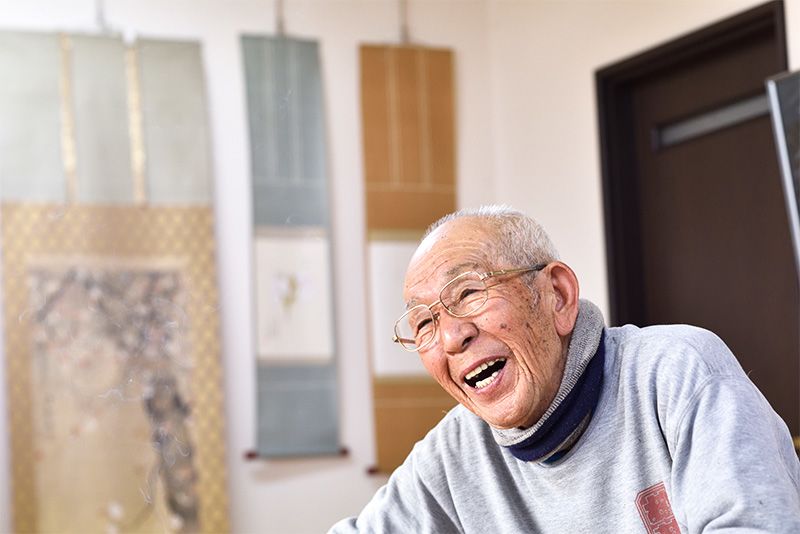 It’s necessary to keep relations professional, though. When I worked with Noguchi Isamu on the Japanese garden at the UNESCO headquarters, we were together almost constantly and built a strong professional rapport. However, it never occurred to us to associate privately. Our connection remained strictly professional.

The Changing Face of Japan

INTERVIEWER   During your lifetime you’ve seen Japan slowly change and evolve. Now that you’re in your nineties, though, you say that the country is losing many of its most fundamental cultural values.

SANO  Every country has its soul food, and for Japan that’s rice. It was once the center of Japanese society, but people are slowly forgetting its cultural importance as other foods like bread become more popular. Many deep-rooted traditions grew out of rice production, but these have slowly disappeared, leaving a void in their place. 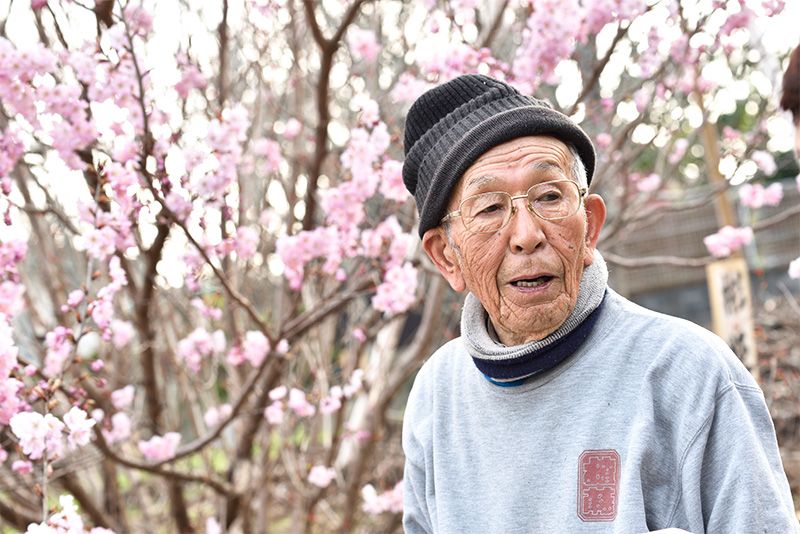 Sano says he is not an expert on cherry trees, but that he has come to know them well.

Japanese culture was once rich with subtle variations in such things as expression, seasonal observances, and language. The current trend, though, is to simplify everything. Most homes today are built without engawa verandas or Japanese-style rooms with tatami mat flooring. As a result, there are fewer artisans who can make traditional sliding doors and fewer gardeners to tend the yards.

In the past, residential gardens had different elements that served a specific purpose with respect to each part of a house. Homes have changed, though, and now everything is under one roof. It’s nearly impossible to lay out a traditional garden anymore.

People still enjoy ornaments in their yards, although much of the historical understanding of objects has been lost. Take the suikinkutsu, for example. People like the pleasant sound these hollow, buried vessels make when water drips down into them, but few people realize they originated as a place to wash your hands after using the toilet. Anyhow, neighborhoods are so noisy nowadays that you can’t hear the tinkling sound without a microphone.

Other aspects of traditional gardens are also slowly being forgotten. Back when most homes had outhouses, people would plant plums and other aromatic trees and bushes nearby to provide a pleasant, refreshing smell. People are rarely aware of such things anymore, though.

SANO   Gardens today must have designs that reflect changes in lifestyles. Houses no longer have detached buildings, so people have fewer reasons to go into their yards. Many high-rise apartment complexes offer residents green spaces, but these are usually little more than courtyard gardens. Still, as with any age, people need spaces to admire, even if only small ones. That gives me hope that the art of traditional Japanese gardening will live on. Certainly, gardening requires fewer skills than when I began doing it, and fewer people are choosing the trade. But the craft still has an important role to play in society. 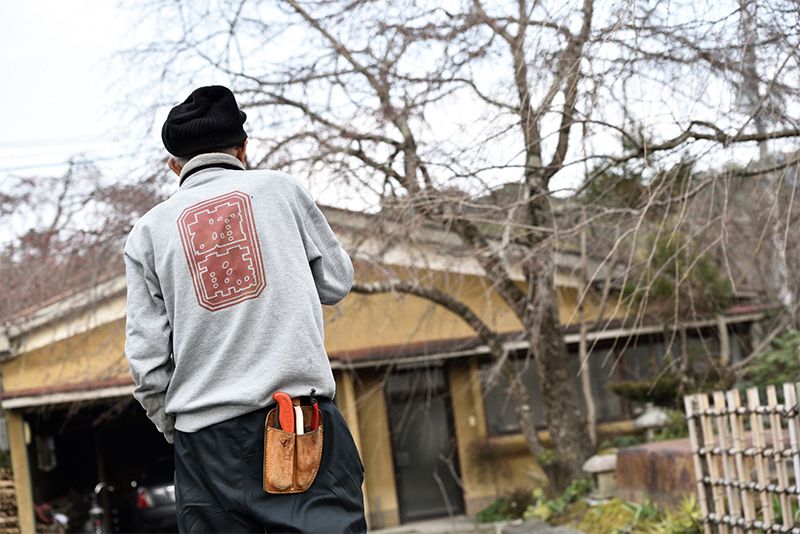 (Originally published in Japanese on March 22, 2018. Interview and text by Sawada Shinobu. Photos by Ōshima Takuya. Banner photo: Sano Tōemon on the grounds of Uetō Zōen.)