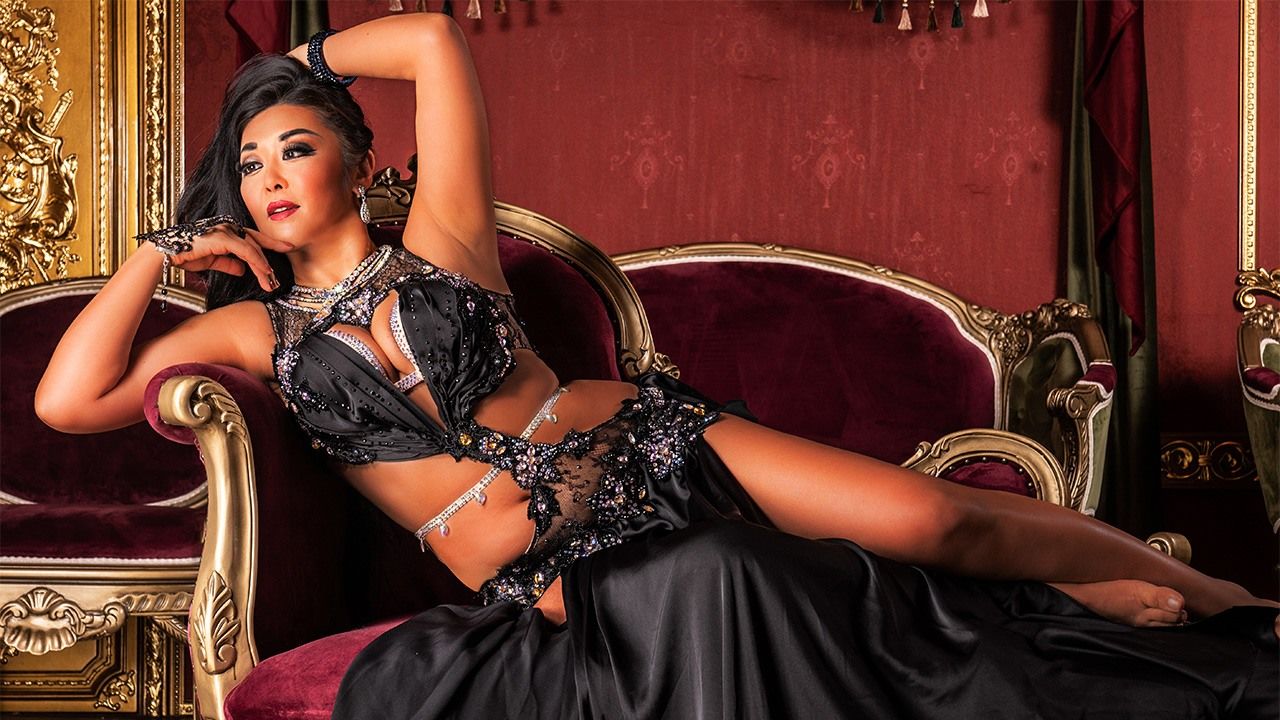 Culture Apr 10, 2021
Japanese dancer and choreographer Farida Yumi is working to deepen cultural exchange between the Arab and Japanese worlds by bringing the complex rhythms and expressive movements of belly dance to Japan. We met with Farida to talk about her story and the appeal of the ancient performing art. 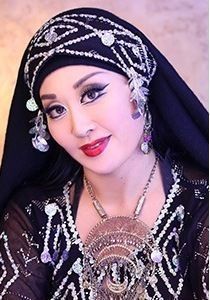 Dancer and choreographer. She began studying belly dancing in 2003 after seeing a demonstration of the performing art in Germany. As a professional, she has won a number of competitions in Japan and abroad. She founded and her own dance studio in 2014 and currently teaches in Tokyo, Chiba, and Fukushima. She began studying the Arabic language and calligraphy at the Arabic Islamic Institute in Tokyo in 2018, graduating in January 2021. In January 2020, she became the first Japanese to perform with the National Folkloric Dance Troupe of Egypt during an event in Hong Kong to celebrate the sixtieth anniversary of the group’s founding.

Japan is in the middle of a nascent belly-dancing boom. Over the last few years, the expressive dance has won a growing number of devotees who are drawn to its colorful garb, captivating rhythms, and evocative movements, as well as its purported fitness benefits. Farida Yumi, a dancer and choreographer active in Tokyo and other prefectures, has welcomed the rise in popularity of the ancient dance form. Since starting belly dancing in 2003, she has garnered attention for her talents at home and abroad. She performs and runs her own studio in Japan, but looking back, she admits that she never expected her interest in Egyptian culture would lead where it has.

Farida says she has been fascinated by Arab and Middle Eastern culture, particularly Egyptian civilization, since she was a little girl. A travel lover, she visited Egypt six times, delighting in the rich culture and relics of the bygone kingdoms. Her tastes in dance, on the other hand, leaned more toward the lively rhythms of Brazilian samba than the gyrations she saw in the dance shows in Cairo. While studying in Germany, though, she attended a belly-dancing demonstration that opened her eyes to the art. Captivated by the performance, she took up the ancient dance. “And the rest is history,” she says.

She began her training under Lubna Imam, an Egyptian dancer who specializes in traditional and folkloric dance. Farida frequently travelled to Egypt to participate in workshops run by her teacher, although since the start of the pandemic she has shifted her studies online. 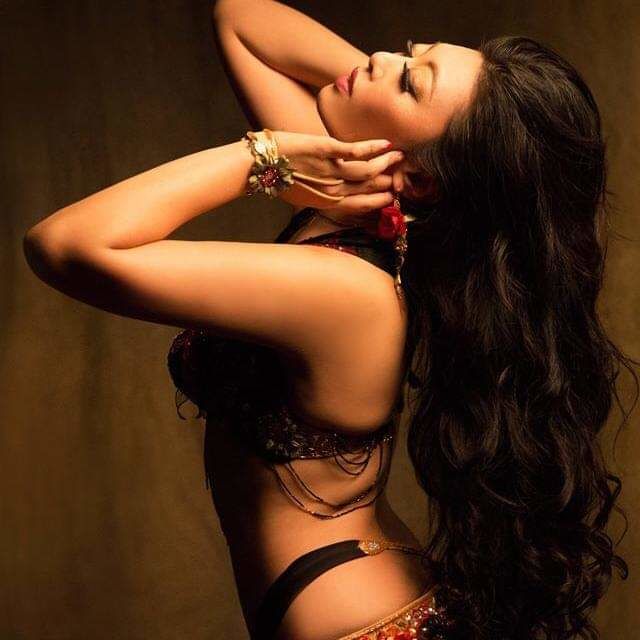 One of the first things Farida discovered was the rich regional diversity of belly dancing. While the style of dance is widely attributed to Egypt, some experts argue that it is Turkish in origin, while still others point to different areas as the source. In the end, thousands of years of history have made it impossible to say for certain where the dance began, and seemingly every country in the region now claims to be the cradle of the dancing style.

Farida says that Japan boasts a long history of professional belly dancing. She notes that until fairly recently, though, there was no formal professional organization supporting performers and learners. This changed with the establishment of the Japan Bellydance Association in 2017. The JBA puts on a variety of seminars and workshops for members as well as hosts performances. Farida points out that while the group is still in its infancy, it is playing an important role in supporting the development of belly dance in Japan. She says that the lack of stringent membership requirements ensures it is accessible to dancers of all levels and that the organization does not hamper the activities of professional performers and instructors by imposing accreditation requirements. 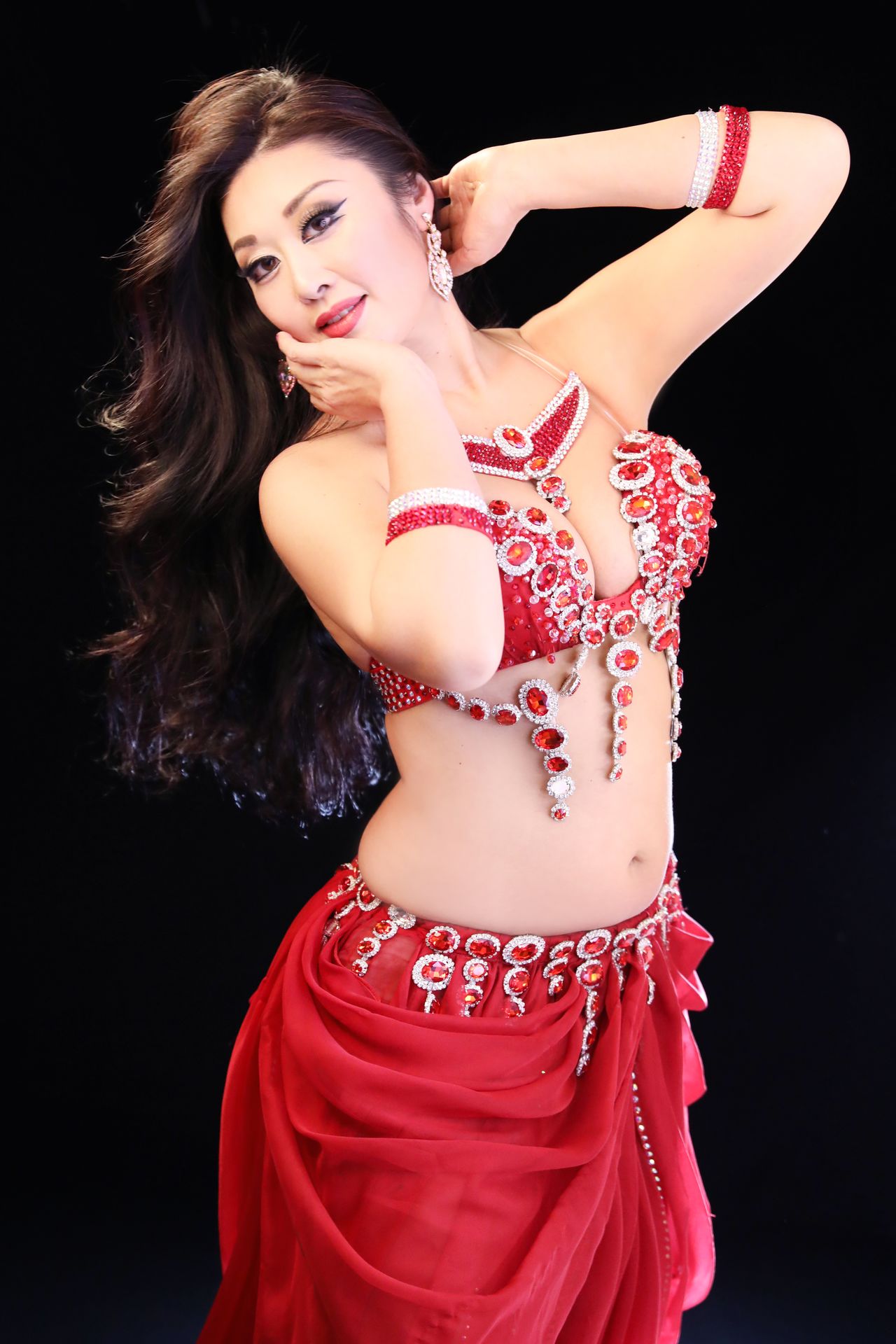 Asked about the growing popularity of belly dancing in Japan, especially among women, Farida says that a desire to express their feminine side is a central motivating factor for many newcomers. As she sees it, there is a growing tendency in Japan to blur the esthetic divisions between men and women, pointing to how many apparel stores now carry clothing lines designed to suit either sex as an example. This is a far cry from the situation in Arab countries, where there are clear and rigid gender divides. Judging from what students at her dance studio tell her, she says that belly dancing appeals to women who want to emphasize and strengthen their womanly attributes.

However, she stresses that learning the intricate motions of the dance can present a formidable challenge for Japanese novices. She says that unlike women in countries with traditions of belly dancing, Japanese learners do not start out with a cultural familiarity of the movements of the dance style and must develop the flexibility and muscle control needed to perform the characteristic gyrations. Although the learning curve is steep at first, she says with an assuring smile that anyone who puts their mind to it can overcome initial hurdles and immerse themselves in the pleasure of belly dancing. 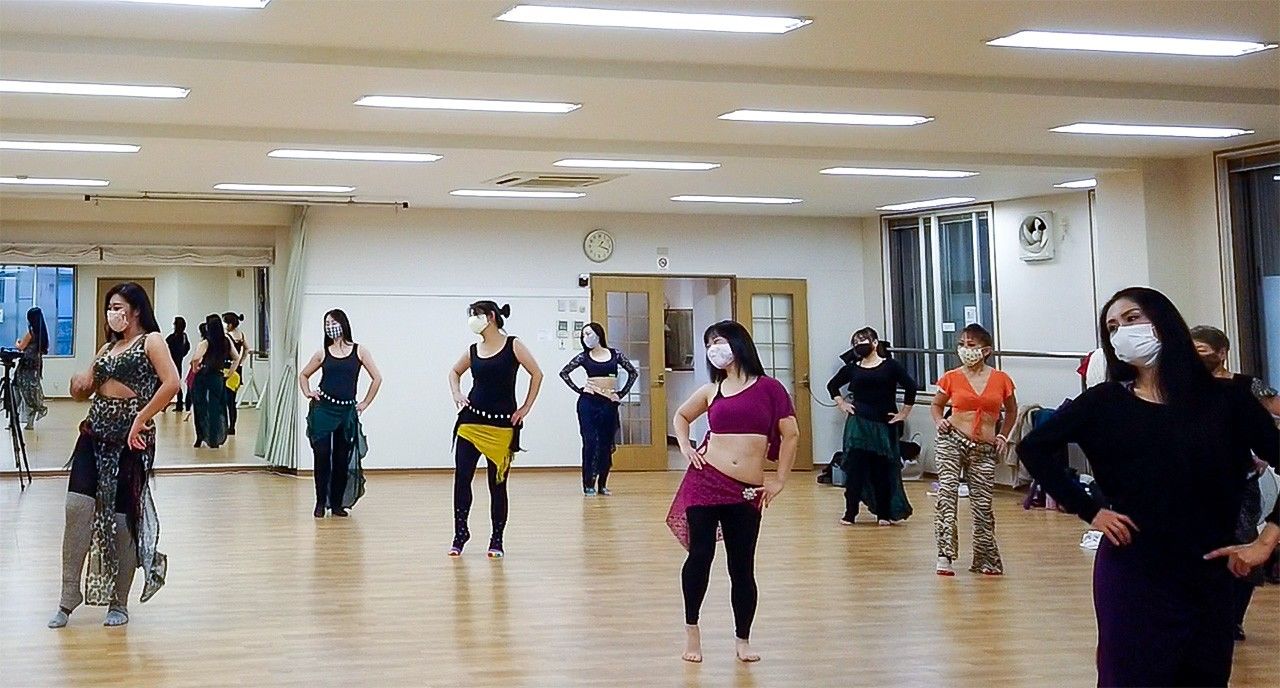 Farida says that along with enhancing femininity, belly dancing is a great way to unwind. Her students range in age from individuals in their thirties to seniors and run the gamut from homemakers to office workers to medical and other professionals. Many say dancing appeals to them as an enjoyable way to escape the pressures of career and home life.

Fitness is also a draw. Questions Farida often hears from students is whether belly dancing will help them lose weight, become more flexible, or look sexier. She makes no promises along these lines, but assures new students that practicing dancing is its own reward even if initial aspirations for improved health and beauty are unfulfilled. Moreover, she declares that one of the best things about belly dancing is its accessibility and that it can be learned at any age, exclaiming that “it’s never too late to start.”

Farida says that in developing her own style, she has taken inspiration from dancing legends like Soheir Zaki and Samia Gamal, who wowed Egyptian movie audiences in the latter half of the twentieth century. She also admires the iconic vocal style of singing superstar Umm Kulthum.

Looking ahead, Farida says that if opportunity knocks once the pandemic subsides, she looks forward to flaunting her skills overseas as a dancer in Egypt or Dubai in the United Arab Emirates. 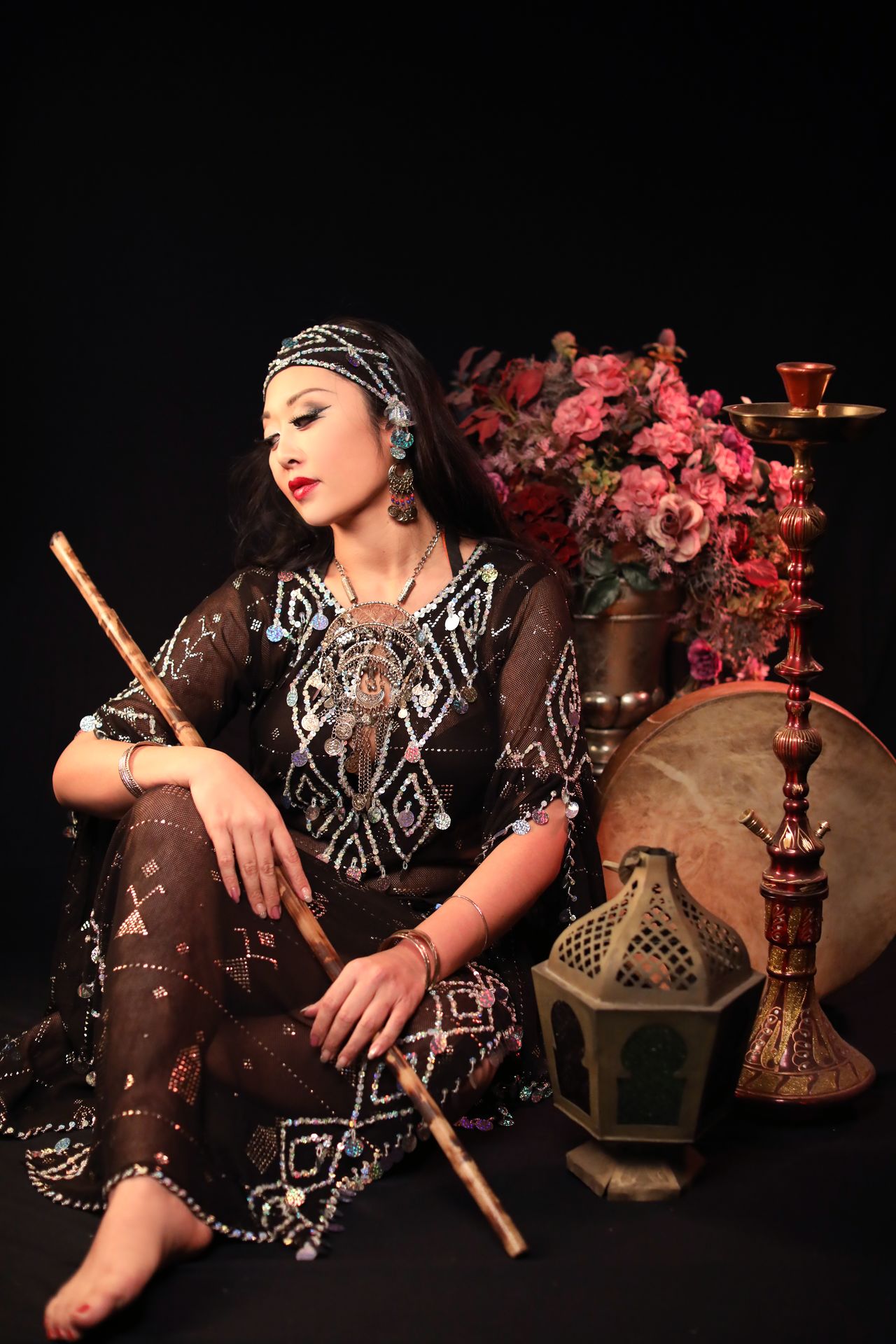 (Originally published in Arabic. Based on an interview by Hassan Mohammad of the Nippon.com Multilingual Editorial Department. Banner photo: Japanese belly dancer Farida Yumi. All photos courtesy of Farida Yumi, unless otherwise noted.)