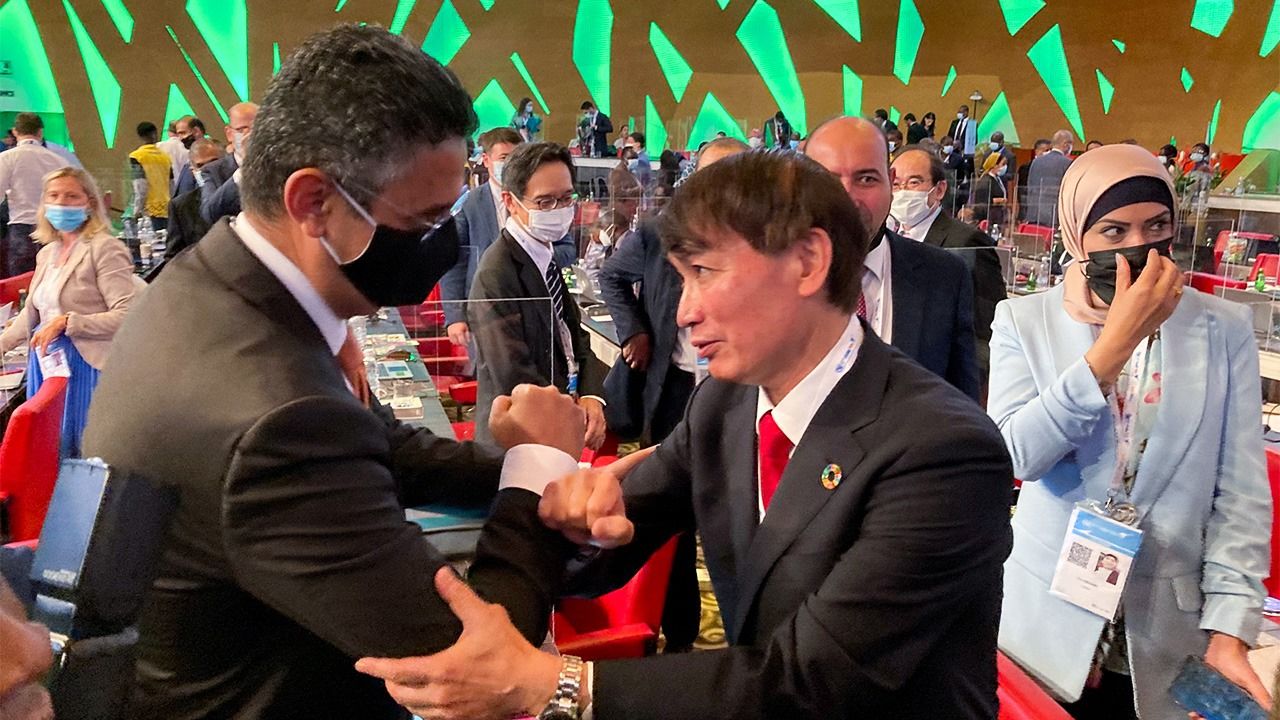 Oct 12, 2021
In August, Japan Post senior executive officer Metoki Masahiko was elected director general of the Universal Postal Union, a United Nations agency tasked with coordinating global postal policies. When his term begins in early 2022, he will be the first Japanese official to head the UPU, as well as the first to lead a UN agency since Amano Yukiya, who was director general of the International Atomic Energy Agency from 2009 until his death in 2019. 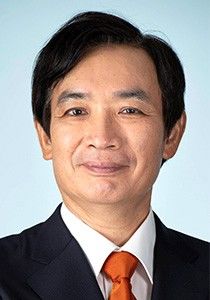 Senior executive officer at Japan Post. Born in 1958. Graduated with a degree in social psychology from the University of Tokyo in 1983 and joined the Ministry of Posts and Telecommunications (now the Ministry of Internal Affairs and Communications) the same year. At MPT, he served as director of the Postal Savings Bureau’s International Service Office and as executive manager of Japan Post’s International Business Headquarters, among other positions. Appointed to his current position in 2021. He was elected chair of the Universal Postal Union’s Postal Operations Council in 2012, serving two consecutive terms. He is slated to take over as director general of the UPU in January 2022.

Picking Up the Postal Union Baton

The Universal Postal Union was established in 1874 to ensure the smooth flow of international mail by coordinating and improving postal policies and services among different countries. Nearing its 150th anniversary, it is the second-oldest United Nations agency, and today coordinates the postal operations of its 192 member nations.

In August of this year, the organization met in Abidjan, Côte d’Ivoire, for its Universal Postal Conference, held once every four years. During the conference, members elected Japan Post senior executive officer Metoki Masahiko to a four-year terms as UPU secretary general. Metoki, who assumes his post in January 2022, is the first Asian to head of the agency. On September 8, he met with members of the media online to talk about issues postal services face and what he would like to accomplish at the UPU.

During the online meeting, he expressed gratitude at the trust member nations showed in his leadership abilities by selecting him to lead the agency, saying that “it’s a position of great responsibility and I promise to focus all my efforts on fulfilling my duties.” Looking ahead to his term, he says that as the first Japanese director general, he is determined to ensure that the UPU is seen as being run in a fair, impartial, and transparent manner.”

Metoki, who has chaired the UPU’s Postal Operations Council since 2012, will take the reins of the agency amid rapidly shifting global trends. The volume of traditional mail items like letters and postcards has declined significantly as more communication takes place online, raising the need to develop new business models. At the same time, the growth of e-commerce has boosted demand for small parcels. Developing countries have struggled to keep pace with these changes, and in many cases postal operators are losing out to private-sector services. The COVID-19 pandemic has also put pressure on international postal service as a result of the decline in air traffic.

In the runup to his election, Metoki vowed to meet these challenges by pursuing new business opportunities. “The UPU’s primary objective is to protect the global network of postal services,“ he says. “To accomplish this, we need toxw develop areas that generate revenue.”

Toward this aim, Metoki says the agency will create a new department that will function as a think-tank to study new technologies, including bolstering e-commerce capabilities and digitizing operations, explore ways to better use postal networks, and provide guidance to member countries in reforming their postal services. “It’s up to individual countries to decide whether or not to invest in new areas,” he says, “but the UPU can provide support in multiple ways, such as helping get pilot programs off the ground.” 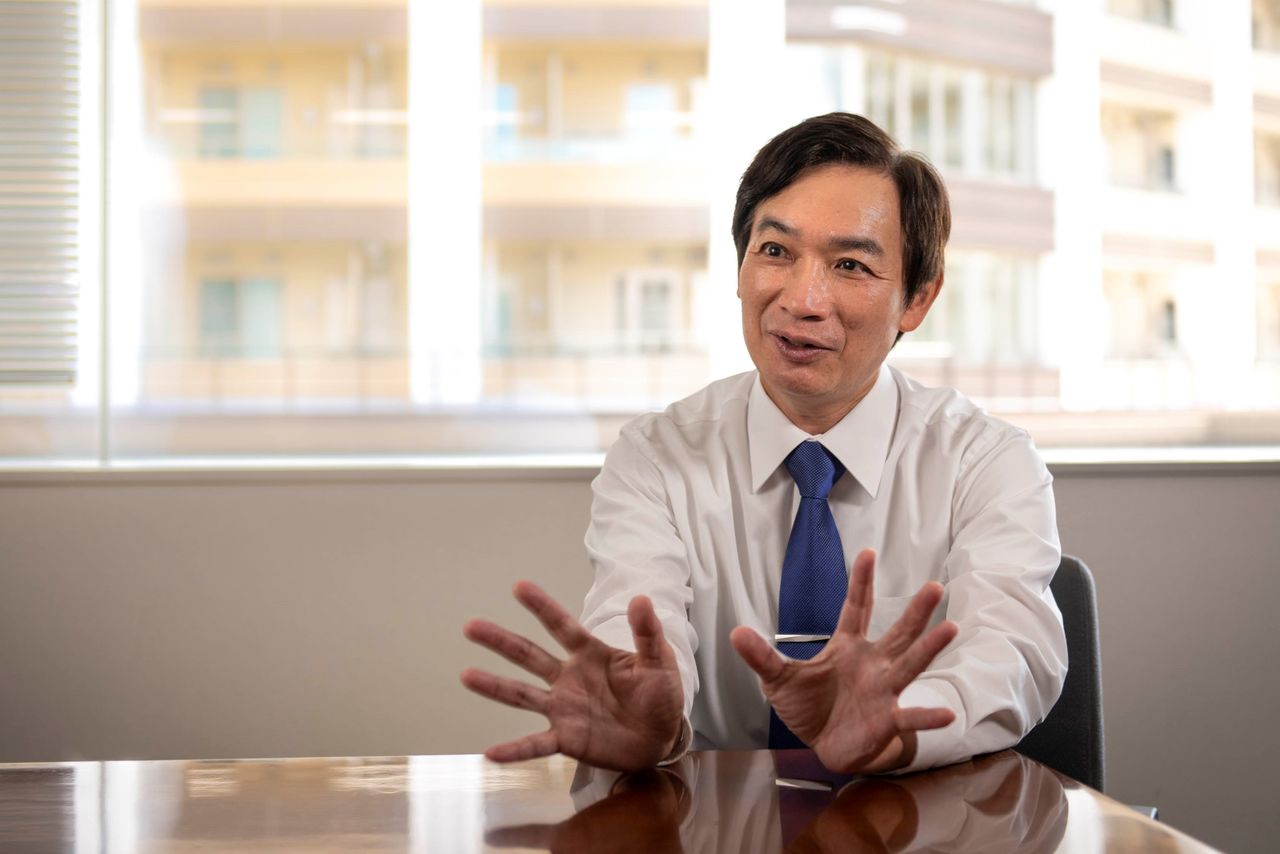 Metoki brings a wealth of public service experience to his new post. He joined the Ministry of Posts and Telecommunications, the predecessor of today’s Ministry of Internal Affairs and Communications, in 1983 and has held a number of high-level positions at the ministry and Japan Post during his career. He also boasts diplomatic credentials, having served for three years as first secretary at the Japanese Embassy in Thailand. Perhaps most significant is his familiarity with the UPU. As chair of the Postal Operations Council, a permanent UPU body dealing with operational, economic, and commercial aspects of the postal business, he was responsible for coordinating efforts of postal services around the world to address the challenges they face.

He also brings with him a reputation for getting things done. In 2009 he was influential in lobbying the UPU to revise its rules to allow laptops, video equipment, and other electronic items containing lithium batteries to be sent by the international express postal service EMS. The UPU secretariat at the time was concerned that few countries would send in postal ballot, making it difficult to muster a two-thirds majority vote required to pass the changes. However, Metoki says that he “lobbied like it was an election campaign” and rallied support for the proposal, which eventually passed.