Culture Aug 10, 2016
Since the release of the first Dragon Quest game in 1986, there have been 10 installments in the main series and numerous spin-offs. An exhibition in Shibuya, Tokyo, looks back at three decades of the series that changed Japanese gaming.

The first Dragon Quest game was released in 1986 by Enix (now Square Enix) as a cartridge for the Nintendo Family Computer, or Famicom. It soon became a social phenomenon. The original game and its 1987 sequel amassed combined domestic sales of 3.9 million, while the third entry, released in 1988, alone sold 3.8 million copies. Eager shoppers lined up outside stores overnight to get their hands on the latest game and the series’ success helped to cement the position of the recently released Famicom in Japanese households, encouraging the development of later consoles.

The broad-ranging appeal of Dragon Quest has made it a byword in Japan not merely for role-playing games, but for all games. Before it appeared on the scene, shooting and platform games like Space Invaders, Xevious, and Super Mario Bros. were standard. Based around fast reflexes, they tended to appeal primarily to young male gamers. By contrast, Dragon Quest also managed to win over female and older players, who enjoyed selecting commands to advance the story, told through text displayed on the screen. The game was also popular for its depth: Players spent 40 to 50 hours to complete it.

Controlling the hero—or, from Dragon Quest II onward, a party of characters—players battle monsters to gain experience points, gold, and items as they journey through the game’s world. They climb towers, explore dungeons, and gather information in towns to solve puzzles before winning the game by defeating the final boss. 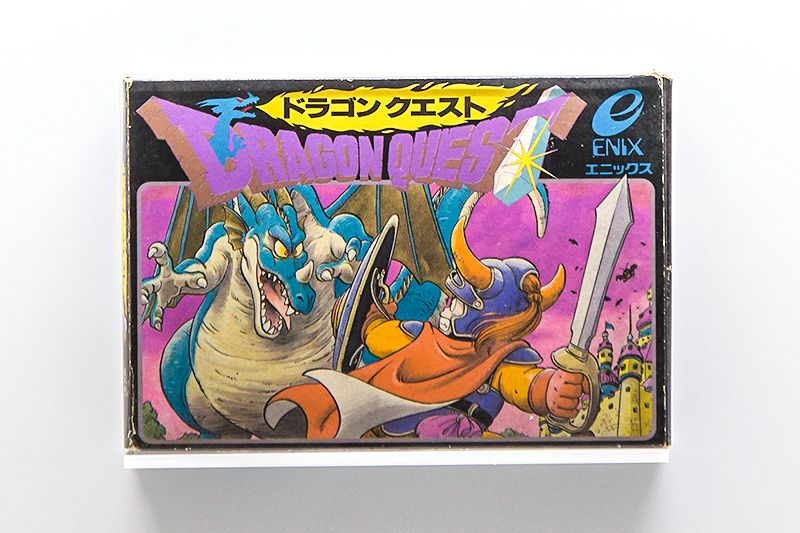 The packaging for the first Dragon Quest cartridge.

The American Wizardry series pioneered the RPG beginning in 1981, but Dragon Quest perfected the basic format. The story, put together by a team led by manga magazine writer and editor Horii Yūji, is worthy of particular note. For example, the initial trilogy had a shared narrative centered on a character called Erdrick in the first English translations (Roto in the original Japanese); the third entry was actually a prequel that took place before the first and second games. It later became standard for Japanese franchises to have an elaborate shared storyline.

Toriyama Akira, whose Dragon Ball manga was booming at the time, designed the game’s characters. Although he only had the time available he could carve out between working on installments of the Dragon Ball serial, his slime monster and other appealing creations won the hearts of many Japanese gamers.

The Famicom was an 8-bit machine, so the first game had a limited palette and still pictures. The characters were heavily pixelated simplifications of the illustrations by Toriyama that appeared on the box art. In Japan, however, the influence of manga culture meant that it felt natural for players to use their imaginations to fill in the gaps created by technological shortcomings.

The music was composed by Sugiyama Kōichi, who had experience creating both popular music and anime theme songs, such as for Kagaku ninjatai gattchaman (Science Ninja Team Gatchaman). Simply hearing his iconic overture is enough to stir the soul of a long-term Dragon Quest fan.

A Constant Presence At the Heart of Gaming

The multiplatform Dragon Quest series remained a top seller as Nintendo’s Famicom was succeeded by the Super Famicom, Sony’s Playstation and Playstation 2, and the Nintendo DS and Wii. It has sold more than 64 million copies in total and been recognized by the Guiness Book of World Records as the longest-running Japanese RPG series. The latest entry, Doragon kuesuto irebun: Sugisarishi toki o motomete (Dragon Quest XI: In Search of Departed Time), is due to go on sale for the Playstation 4 and Nintendo 3DS by May 2017, and Square Enix is also considering adapting the game to Nintendo’s forthcoming NX machine.

The Dragon Quest Museum exhibition in Shibuya, Tokyo, marking the thirtieth anniversary of the series, can also be seen as a history of gaming over the past three decades. As Japan developed a video game industry and became a world leader, Dragon Quest was always at the heart of events.

The music, art, and dioramas on display will spark nostalgia in some for earlier Dragon Quest games. At the same time, younger fans can enjoy discovering the three decades of history behind the ongoing series. 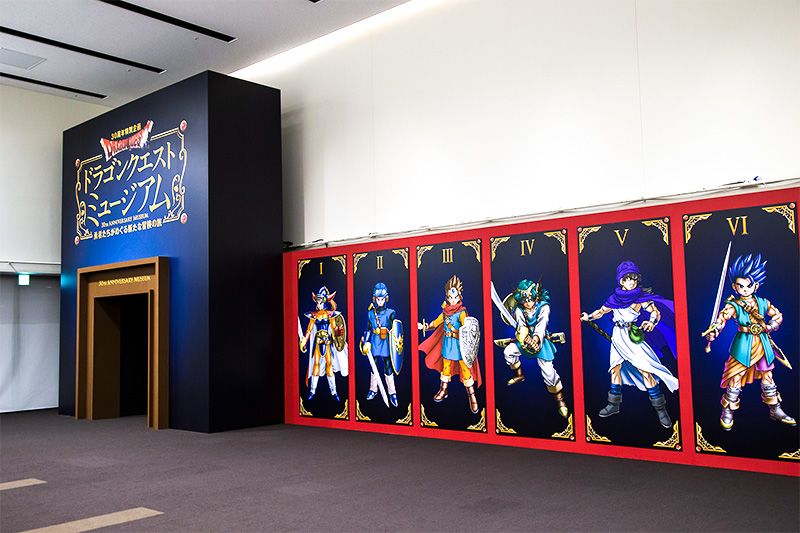 Heroes from the different entries in the series line up by the entrance. 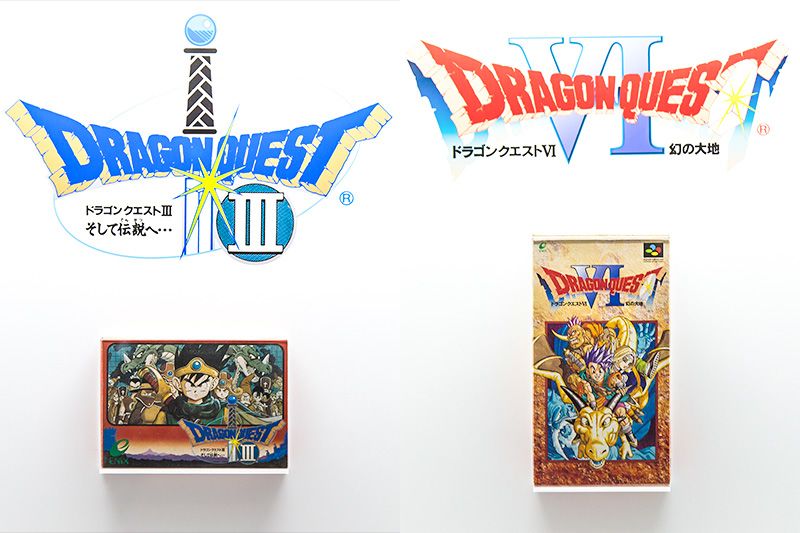 The packaging display shows nostalgic box art for past entries. 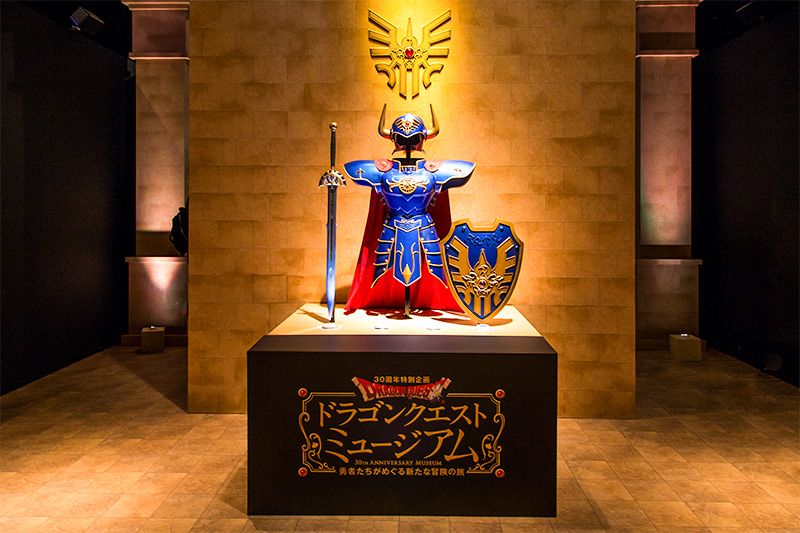 Replicas of the sword, shield, helmet, and armor for Erdrick (Roto) in the original trilogy created at the scale they would be in real life. 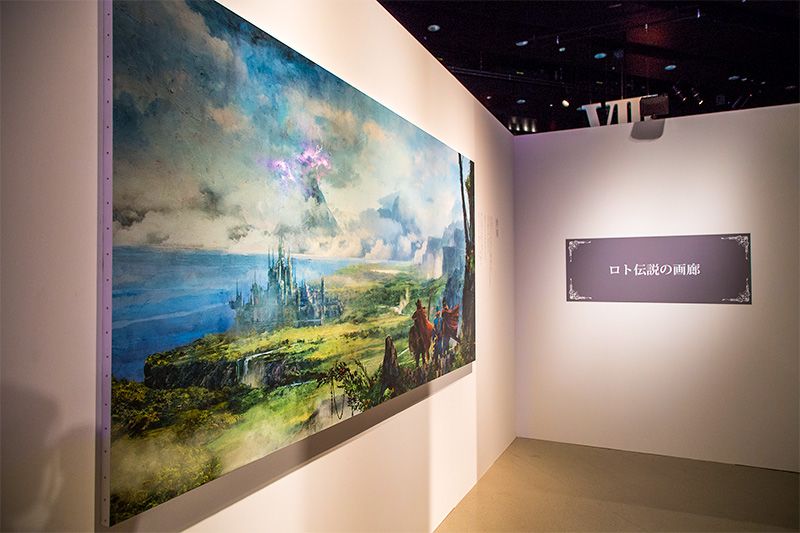 This view of Dragonlord’s castle in Alefgard is one of many scenes from the games on display. 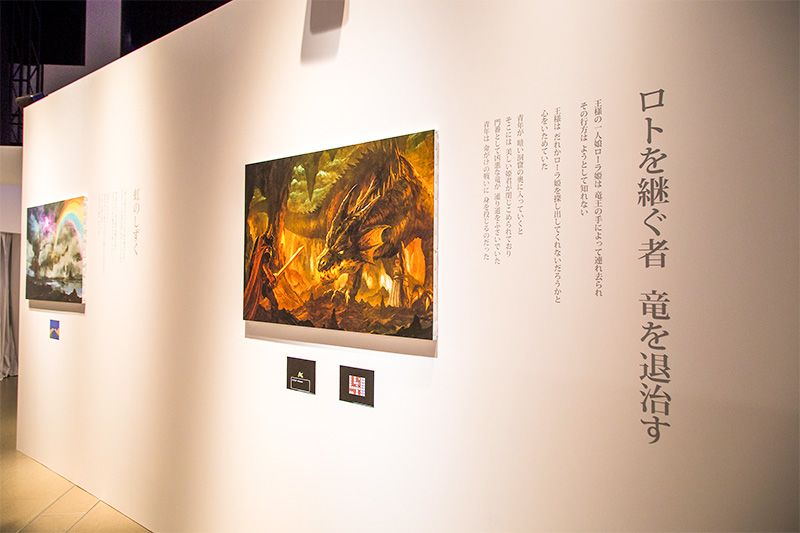 Screenshots from the games appear under the pictures, which may represent what fans imagined as they played. 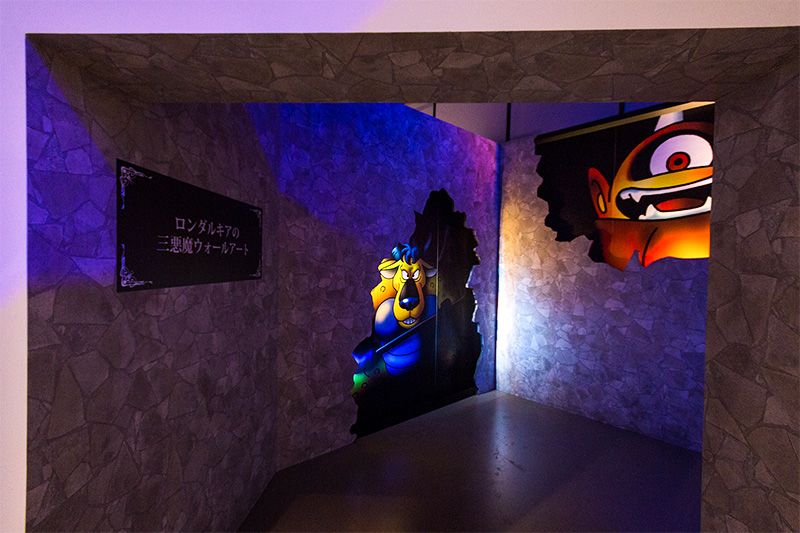 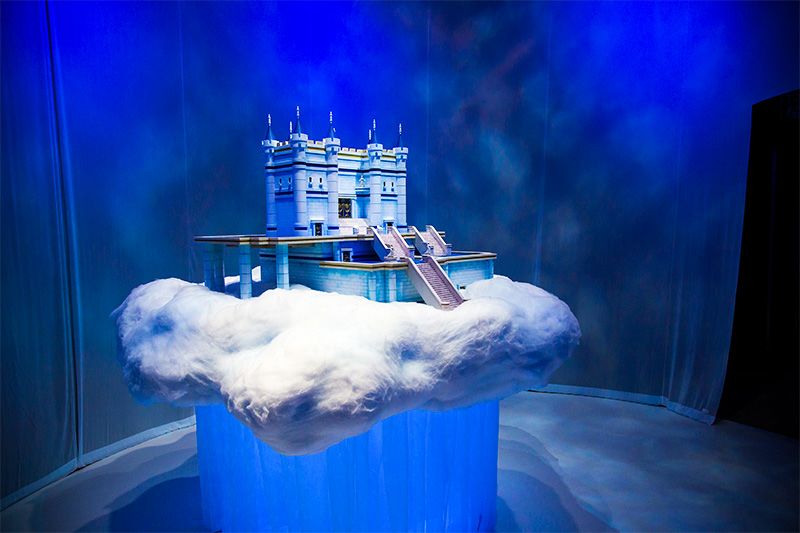 Model of the sky castle Zenithia, which appears in Dragon Quest IV, V, and VI. 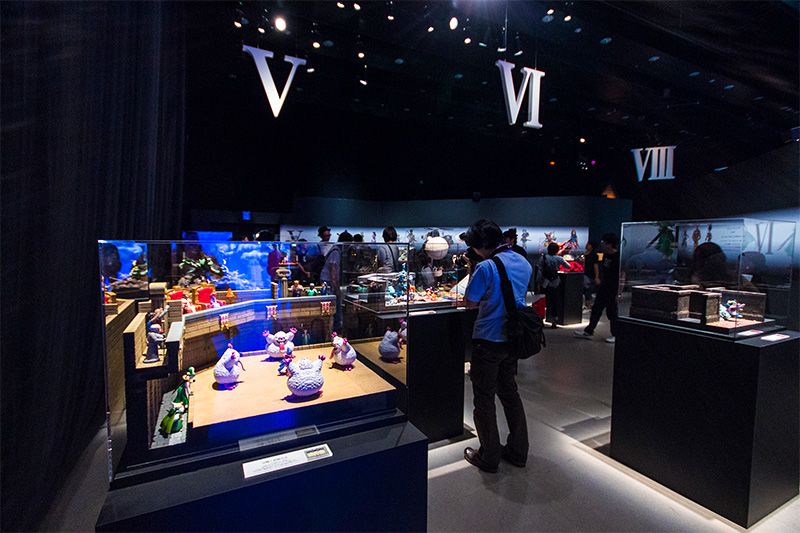 The dioramas bring back memories of past games. 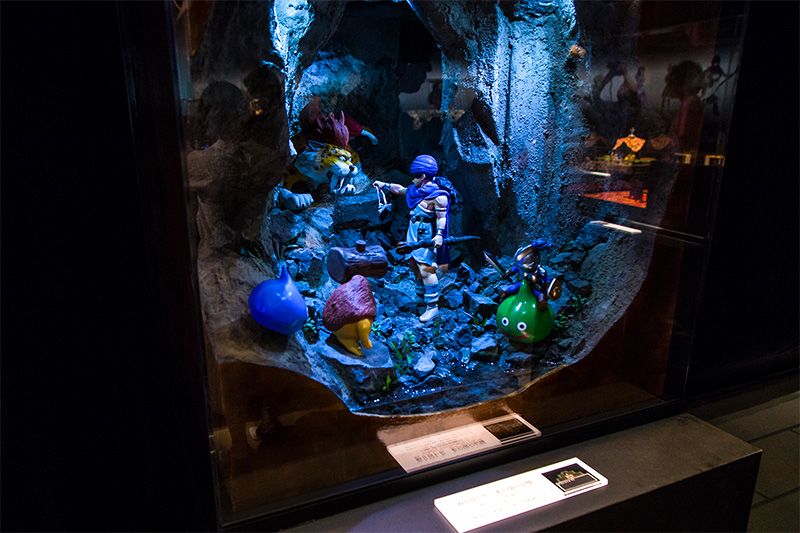 The slime knight (right) was an unforgettable character for the author of this article. 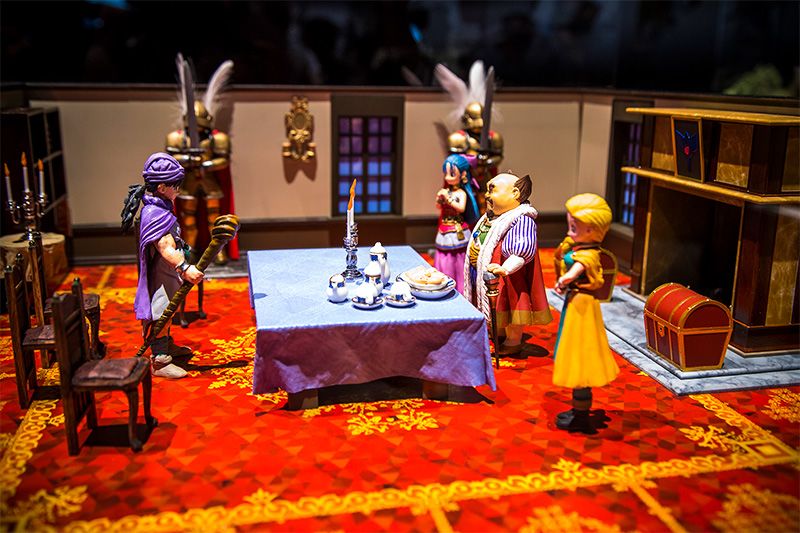 Deciding whether to marry Bianca or Nera (Furōra in the original Japanese) was a big decision for the hero in Dragon Quest V. 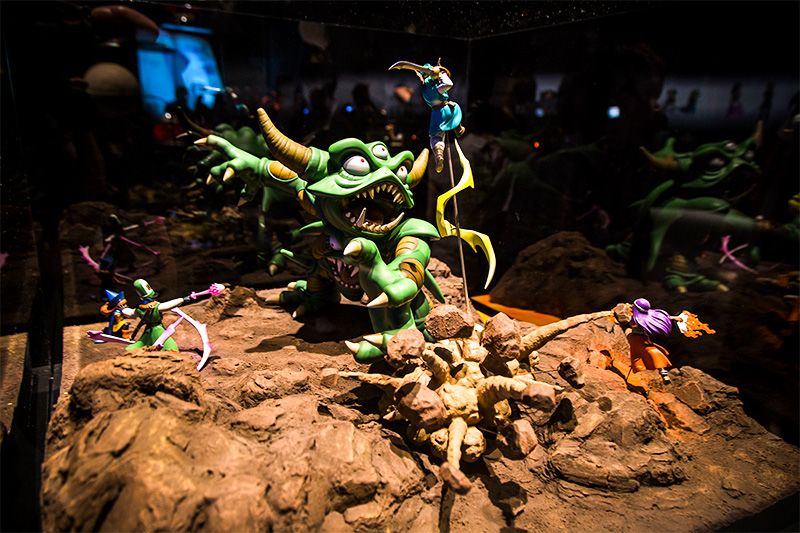 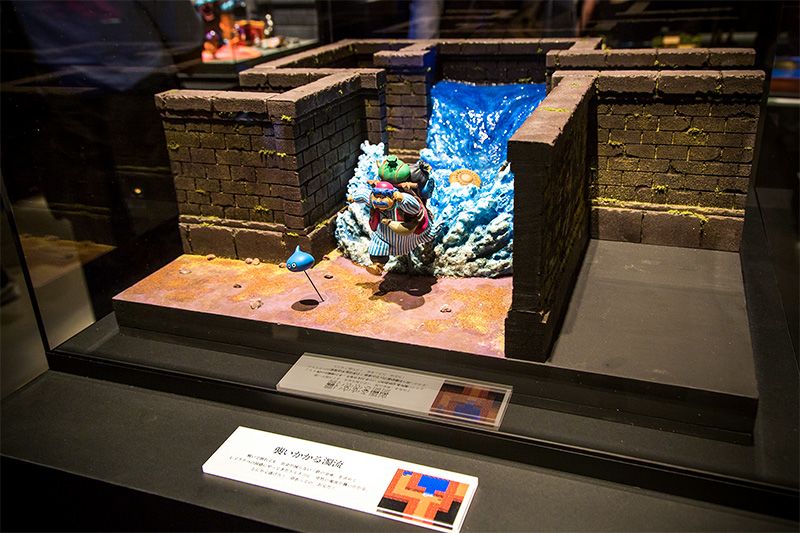 The player was hoping to pick up a treasure chest, but a sudden flood forces a hasty escape. 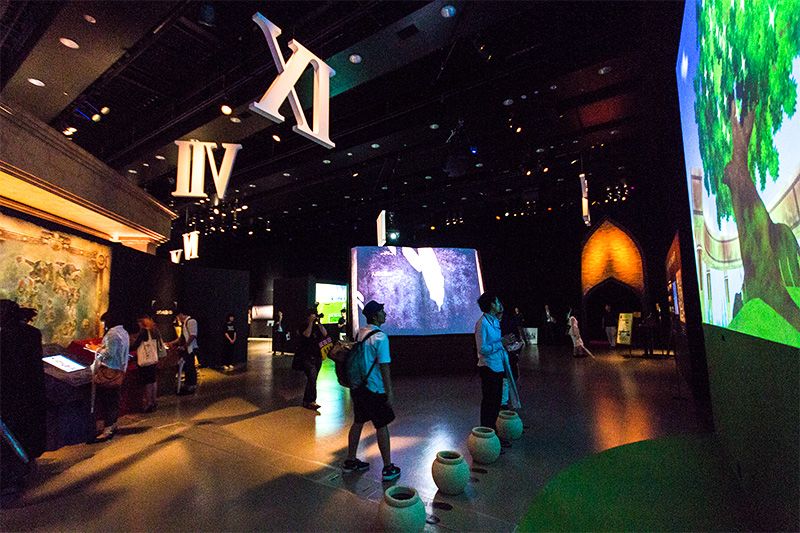 There are many interactive exhibits for Dragon Quest VII, VIII, IX, and X. 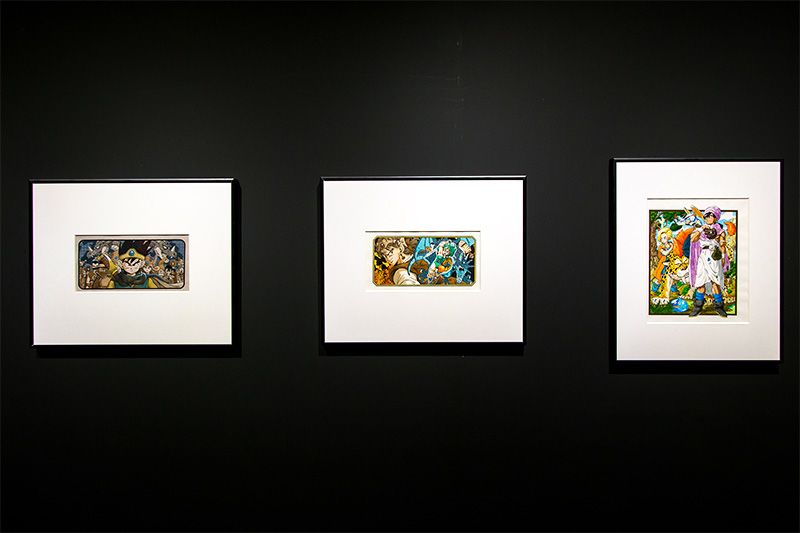 Original illustrations by Toriyama Akira show where the legend began. 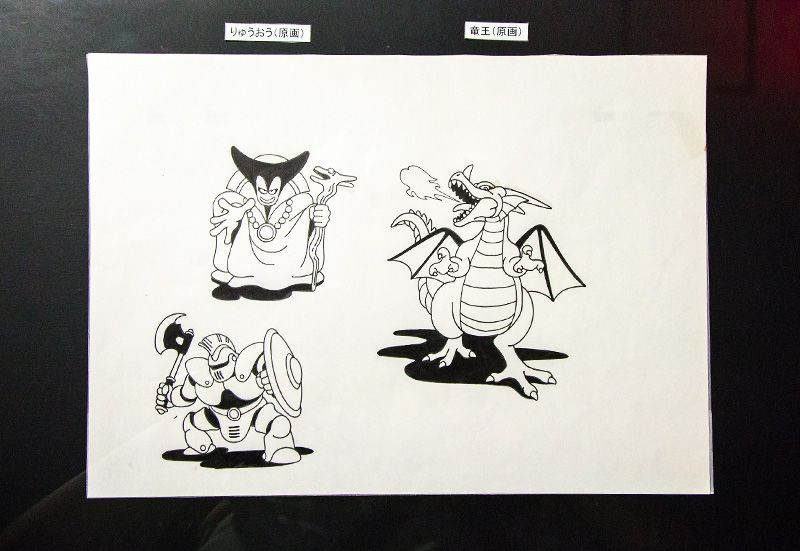 Original illustrations of Dragonlord and other monsters. 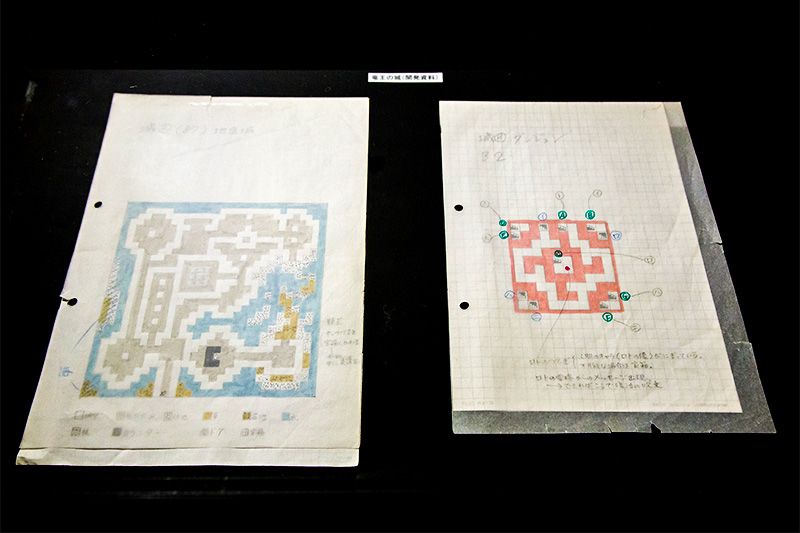 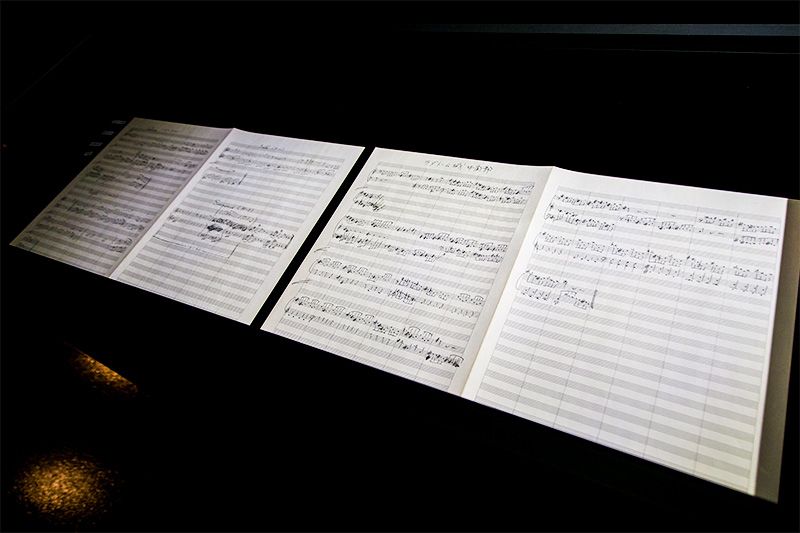 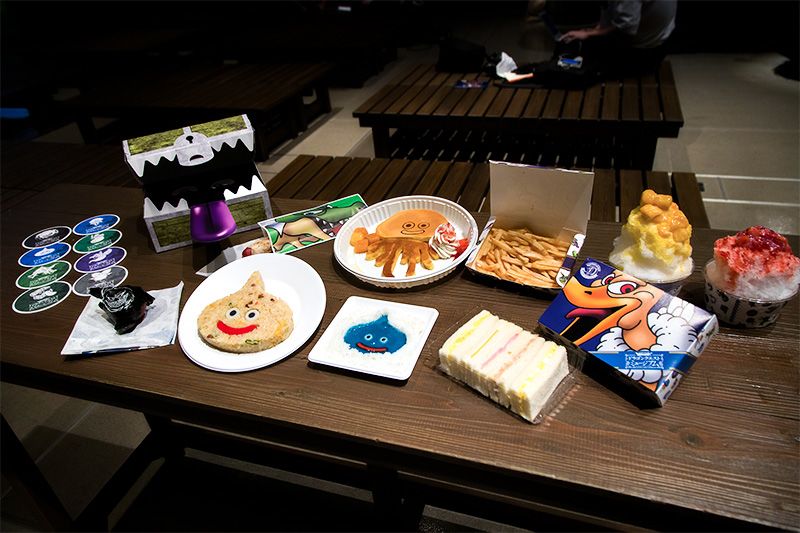 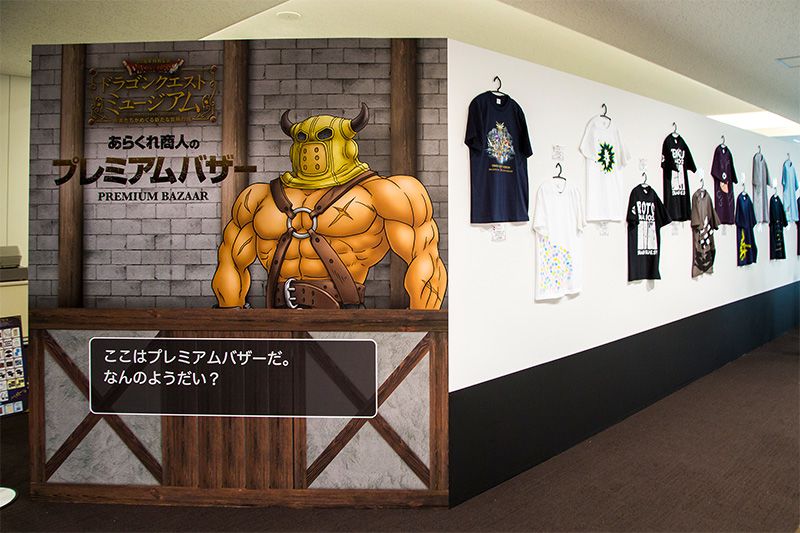 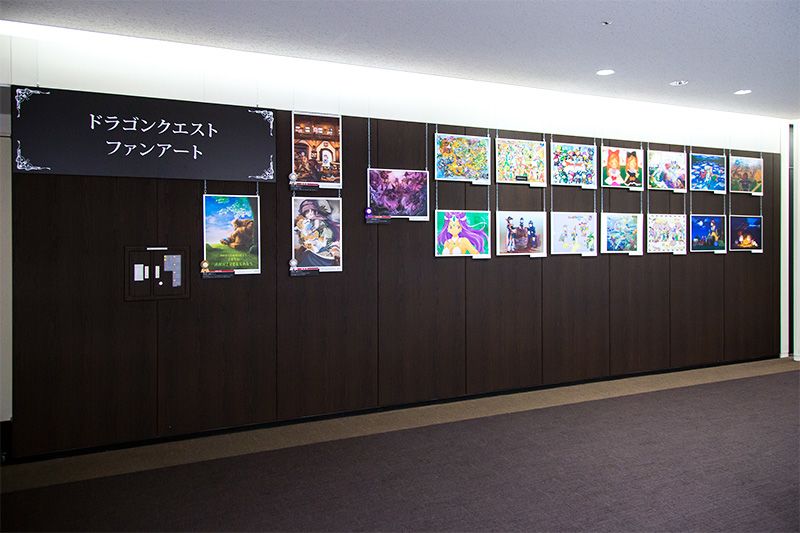 There is also room for fan art in the exhibition, displaying a wide level of ability from elementary school students to professional-level artists. 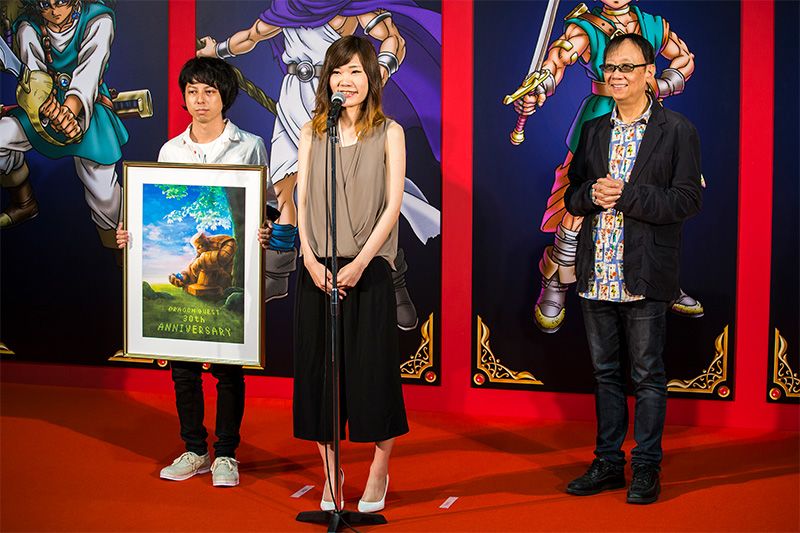 The winning entry in the fan art contest shows a giant golem holding a slime in its hand. Creator Horii Yūji (right) presented the award at a ceremony on July 21. 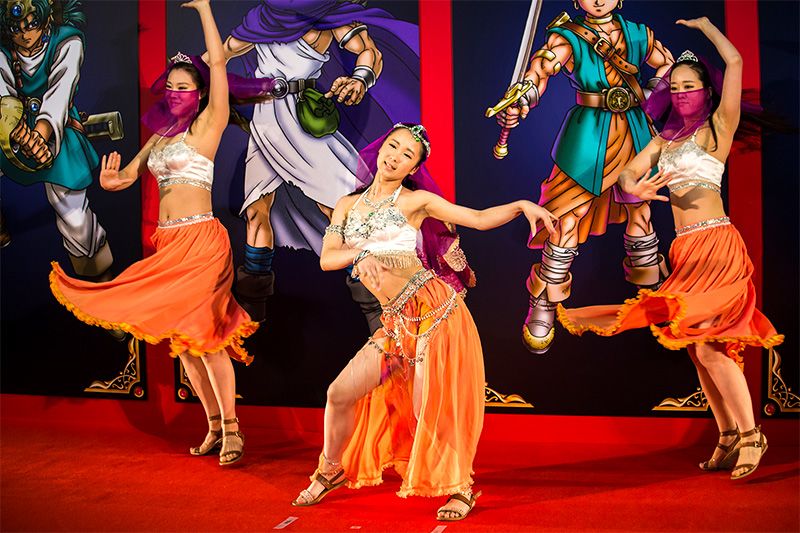 There was also a contest to recreate the dance by Mānya, a character who appears in Dragon Quest IV. 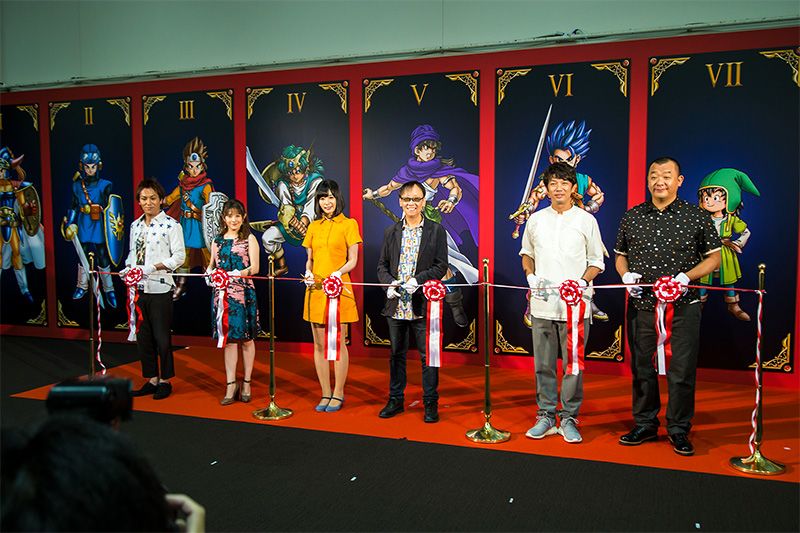 Cutting the ribbon at the opening ceremony.

(Originally written in Japanese by Yoshimura Shin’ichi and published on August 4, 2016. Banner photo: The Dragon Quest Museum display showing where the legend began. Photographs by Hashino Yukinori of Nippon.com. All photographs taken in Shibuya, Tokyo.)

Open while Hirakata Park is open

Shibuya, Tokyo (closed)Dates:Saturday, July 4 to Sunday, September 11, 2016
Venue: Hikarie Hall, 9F, Shibuya Hikarie (Shibuya 2-21-1, Shibuya-ku, Tokyo)
Hours: 10 am to 6 pm (Only a limited number of “morning tickets,” required for entrance between 10 am and 11 am, are available each day)
Admission Adults and university students: ¥2,800
Junior high and high school students: ¥2,200
Children age 4 and up and elementary school students: ¥1,500