Sabae, Fukui: A Town with an Eye for Design

Society Lifestyle Apr 24, 2012
Today, a trendy pair of glasses is an indispensable item on every fashion lover’s shopping list. One of the world’s major production centers is the city of Sabae in Fukui Prefecture, where one in six of the residents works in the eyeglass industry. Here we take a closer look at the technology and designs that have led consumers around the world to covet eyeglasses made in Sabae.

The Birthplace of Titanium Frames

The city of Sabae in Fukui Prefecture has been the site of eyeglass frame production for more than a century, and is the only major production site in Japan to have survived to the present day. In the 1980s, craftsmen working in Sabae were the first in the world to develop the technology for producing frames using light but sturdy titanium. The titanium frames, much less likely to cause metal allergies than conventional materials, soon became a new international standard. Sabae produces a remarkable 96 percent of all the eyeglass frames produced in Japan.

At present, there are 47 eyeglass frame manufacturers in Sabae, along with as many as 500 companies involved in the wider business. Many of these companies are striving to develop overseas markets for their products, and exhibiting at major international trade fairs such as the MIDO in Milan and Silmo in Paris. Year after year local designers garner international design prizes. The unrivaled quality and design of Sabae’s products have made them increasingly popular among discerning celebrities around the globe, such as the US politician Sarah Palin, who frequently sported a pair of Sabae specs during the 2008 US presidential election campaign.

A New Focus on Retailing 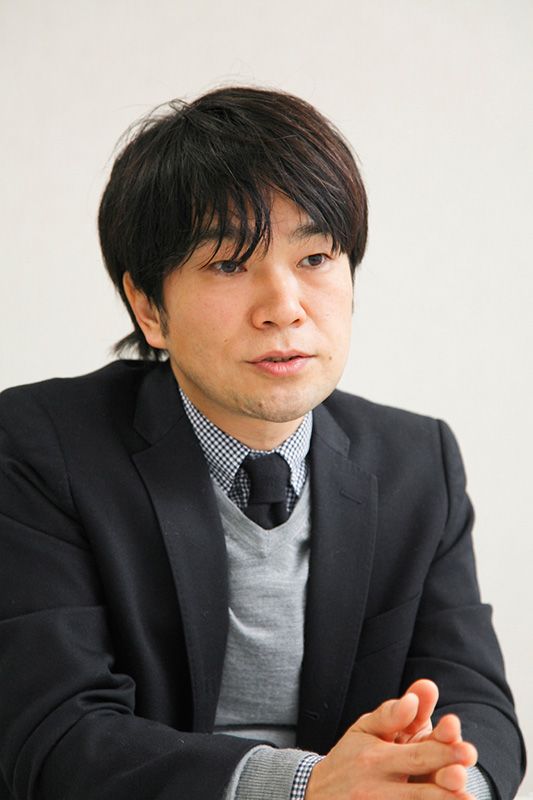 Eyeglass frames have been produced in Sabae since 1905. The industry began as an off-season sideline for agricultural workers, but took off during Japan’s period of rapid economic growth following World War II. Demand was given another boost with the introduction of titanium frames. “People in Sabae have always been patient and conscientious, and those are precisely the qualities you need for painstaking work like making eyeglasses,” says Watanabe Satoshi, a city hall worker responsible for promoting Sabae’s eyeglass industry. “These qualities must have been part of the reason for the dramatic success of the industry here.”

For many years, Sabae’s companies built up their businesses as “original equipment manufacturers,” making frames and parts on a contract basis for other companies’ brands. But changes in the market in recent years have made it tough going for the city’s frame-makers. With the expanding market share of low-cost manufacturers in China, and growing competition from cheap retailers in Japan, Sabae’s production and sales peaked in 1992. Since then, the volume of units shipped and the number of people employed in the industry have dropped by around a third. And over this period about 40 percent of Sabae’s eyeglass companies have gone out of business.

“Since 2000 the city has been aiming to shift from being simply a producer to a place that both produces and retails our own brands,” Watanabe explains. “This is crucial if we are to break away from dependence on the OEM business model. Our companies can draw on the technological strengths they have developed over their long history, and use these to become more competitive by launching their own brands and retail outlets. This is the beginning of a new age for many of our producers.” 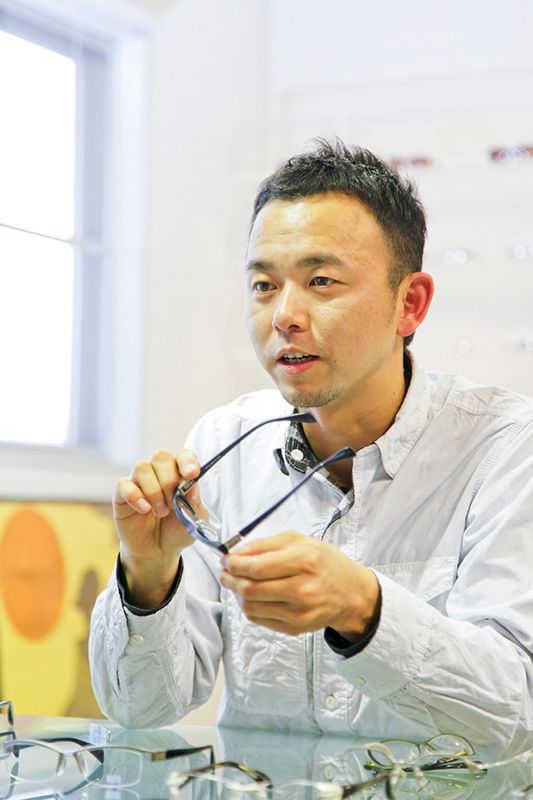 Crucial aspects of the Sabae success story are advanced technical skills and an outstanding design sensibility. One company with those attributes that has been attracting a lot of attention recently is Boston Club, which runs retail outlets in Minami-Aoyama and Ginza, two of Tokyo’s most fashionable neighborhoods. Chief designer Kasashima Hironobu has been with Boston Club since 1996, when the company launched its first proprietary brand, Japonism. This pioneering brand’s lineup of frames, created on the basis of world-class technology, reflects a distinctly Japanese aesthetic—helping to drive the popularity of “Made in Japan” eyeglasses. The company’s strategy to stay ahead of its Chinese competitors had for a long time been based on designing products that could only be made with Japanese technology, but the company’s approach has changed recently, as Kasashima explains:

“Traveling to international fairs overseas allows me to see with my own eyes what today’s consumers are looking for. This experience brought home to me that constantly emphasizing the technical know-how we have built up over the years is not enough to make us internationally competitive. I realized how important it is, in this day and age, to appeal to the consumer by going beyond technical prowess. We need to promote the worldview expressed by our brand and appeal to the consumer by emphasizing the values that lie behind it.” 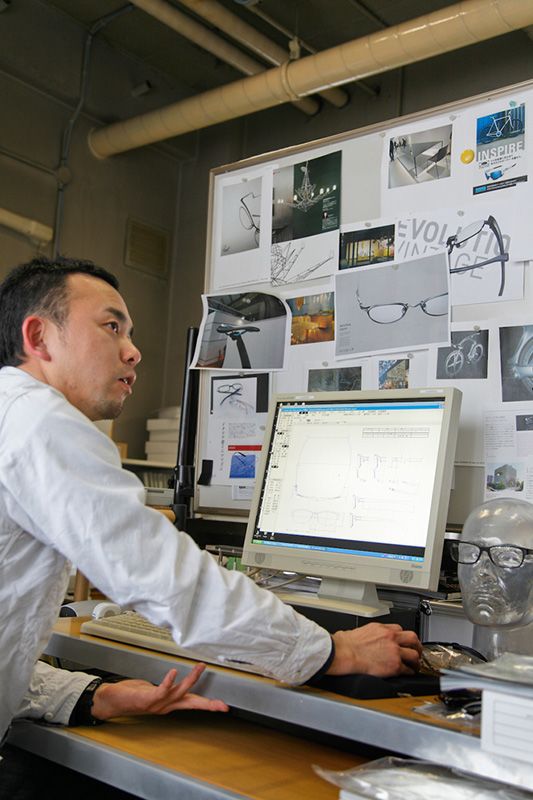 Boston Club was looking for a brand concept that would be easily understood and appreciated around the world. Eventually, the company decided to market itself by emphasizing longevity; namely, eyeglasses people can use for many years without tiring of them. It was a concept that turned the previous design conventions on their head. Along with longevity, the company’s eyeglasses also offer customers outstanding functionality. For instance, Boston Club developed the new Rudder Hinge that can be detached and replaced when necessary. This sort of feature encapsulates Japanese craftsmanship and technology that go beyond the level of superficial design.

“Our glasses were well received at trade fairs in Europe,” Kasashima explains. “I think we were successful in making people aware of the possibilities of Japanese eyeglasses. We want to go beyond attractive designs and traditional technology. Our aim is to find a way of expressing a distinctly Japanese way of looking at the world through the design of our glasses. I’m confident that there is a global demand for this kind of Japanese aesthetic.”

The specially developed Rudder Hinge, built to withstand more than 20,000 uses, is the key characteristic of the Japonism Projection series. Thanks to its replaceable parts, the frames can be used almost indefinitely. 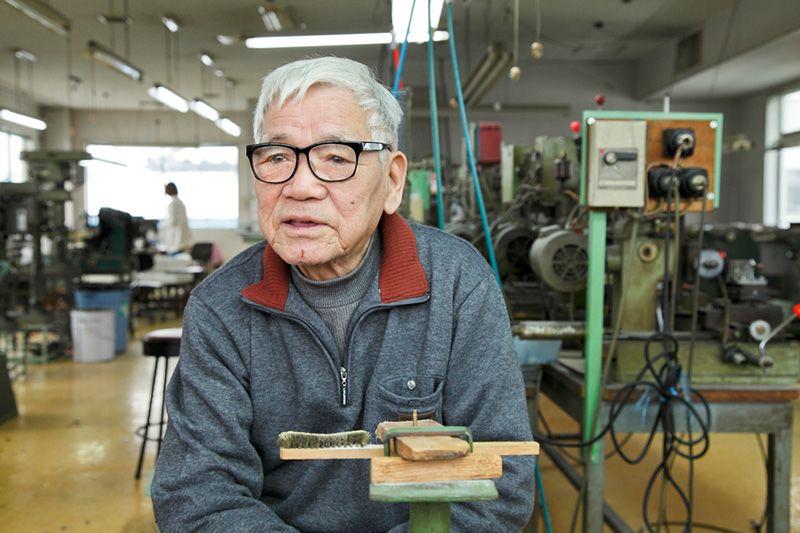 Alongside all this innovation, the technical skills that have driven Sabae’s industry since its inception are still cherished and handed down from generation to generation.

Now 82 years old, Masunaga Makoto is the founder and president of Makoto Optical Co., Ltd. He is the grandson of the man who founded the Sabae eyeglass industry, Masunaga Gozaemon. Although he now leaves the day-to-day running of the company to his son Shōji, Makoto still puts his skills as a celluloid frame maker to good use in the company factory. He is a veteran craftsman whose skills have been honed over a career that stretches back more than 60 years.

The process of making celluloid frames for a pair of spectacles involves more than 100 steps. Although today many of the stages in the process can be done by machine, the subtle finishing touches are still done by hand by a skilled craftsman.

Masunaga Makoto uses his favorite file to get the frames into just the right shape.

The most difficult of all these steps is the process known as “polishing.” This involves smoothing out the surfaces of the frames after machining by removing blemishes and imperfections, and then burnishing the material to a sheen. It is a job that takes lots of practice to get right—around 10 years, according to a popular saying in the trade. Masunaga uses eight different kinds of tools, and carries out every part of the painstaking process by hand. He explains why he sticks to this approach:

"It’s impossible to get just the right kind of soft rounded shape with a machine. Balance is really important with a pair of glasses. The frame needs to fit exactly on the face. But it’s something that can’t be measured precisely in figures. There is no substitute for experience. Even with two pairs of the same design, subtle differences are there when you put the glasses on. Sabae craftsmen are really devoted to our work. That’s why we’ve been able to keep on making a superior product for so long, I guess."

The company president Masunaga Shōji grew up watching his father at work. The company’s own brand Ayumi was launched in spring 2000. This new brand is also built on Sabae’s distinct culture of craftsmanship.

Ayumi glasses are made with celluloid, a durable material that is resistant to warping. Veteran craftsmen work to ensure a snug fit and fine sheen for the finished product. “We wanted to spend as much time as necessary to get the product exactly right. The economics of the project are not so important because our aim was to produce something faithful to the fundamentals of the craft. There is a kind of “analog” beauty that just can’t be achieved digitally. It is something we were only able to create thanks to being based in Sabae—this unique center of eyeglass making in Japan.”

In 2003, more than 20 local manufacturers banded together to develop a single brand for the Sabae industry as a whole—called “The 291.” The aim for this brand is to bring the high quality of Sabae’s eyeglasses to a broader spectrum of consumers. Glass Gallery 291, a retail outlet promoting the brand, opened in Aoyama, Tokyo in 2008, followed in 2010 by the opening of another outlet, in Sabae’s Megane Museum. Around 20 manufacturers exhibit and sell their latest models at the Aoyama shop, and eyeglasses from around 40 companies are available at the Megane Museum outlet. Growing numbers of Japanese and overseas tourists are making a special trip to Sabae to visit the museum.

The city has also teamed up with apparel brands in recent years to develop new products, and has taken part in Tokyo Girls Collection, a popular fashion show. Ambitious new marketing ideas include an online retail presence produced by the popular fashion model Rinka. 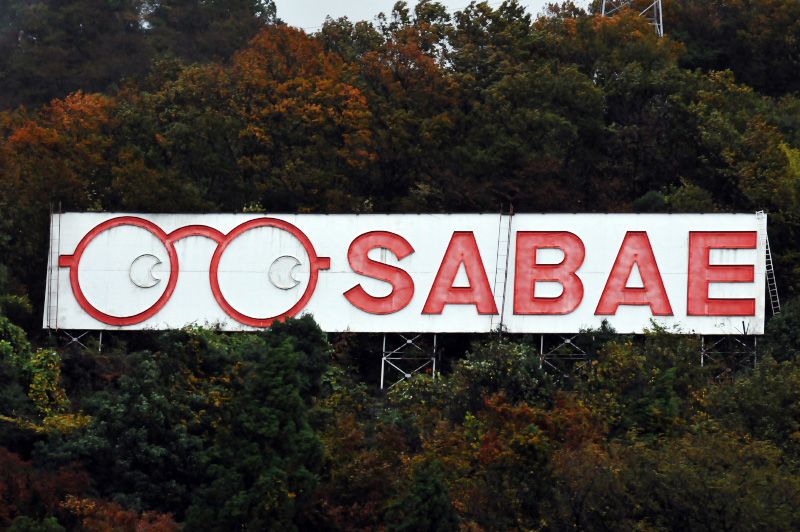 Population: Approx. 67,000 (Jan. 2012)
Access: Sabae can be reached by train on the JR Hokuriku Main Line; the nearest air access is via Komatsu Airport in Ishikawa Prefecture.
Information: See the Sabae municipal website for more details.

A History of the Eyeglass Industry in Sabae 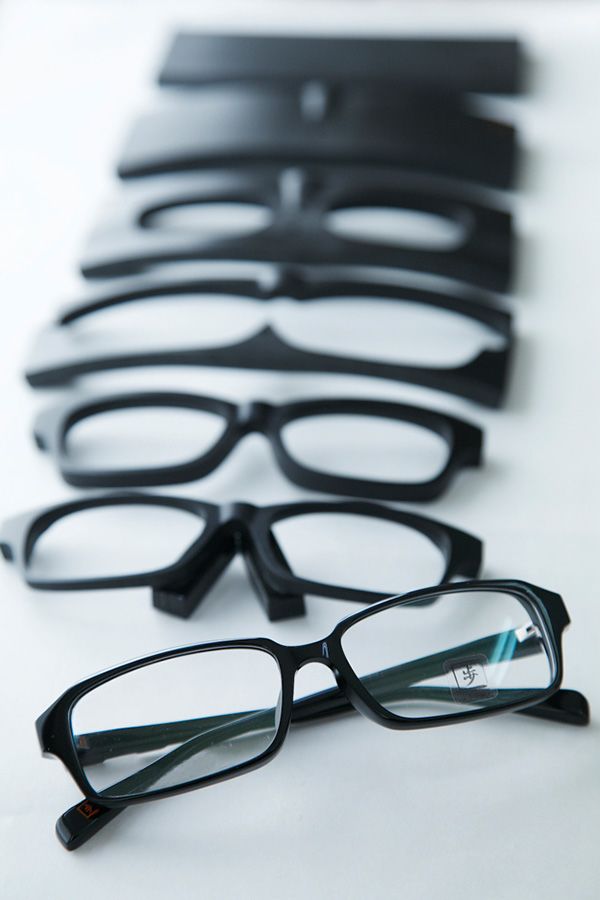 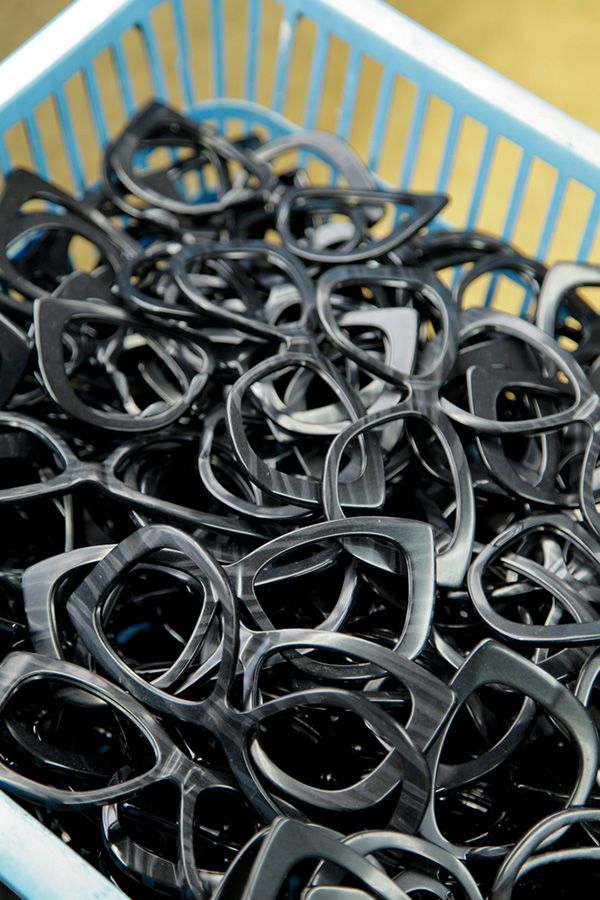 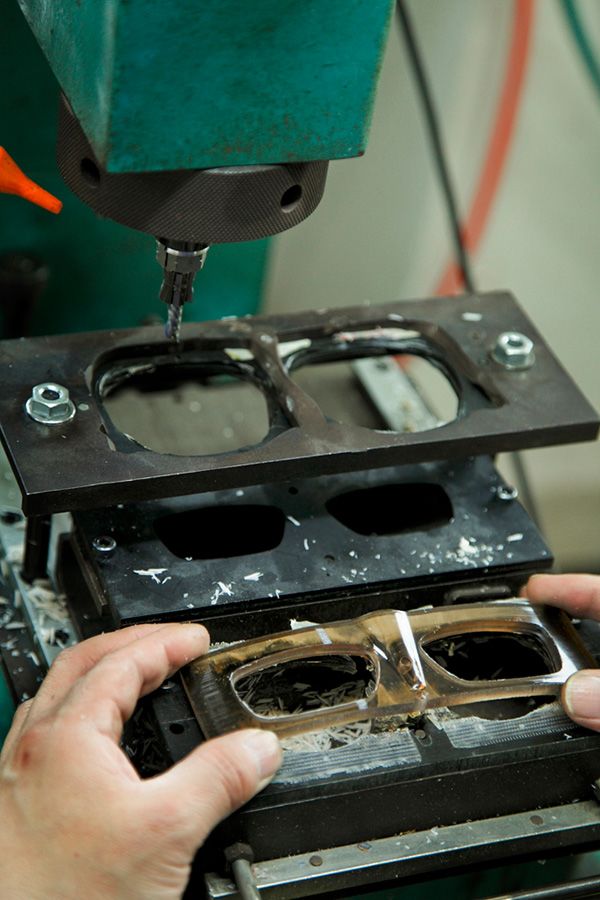 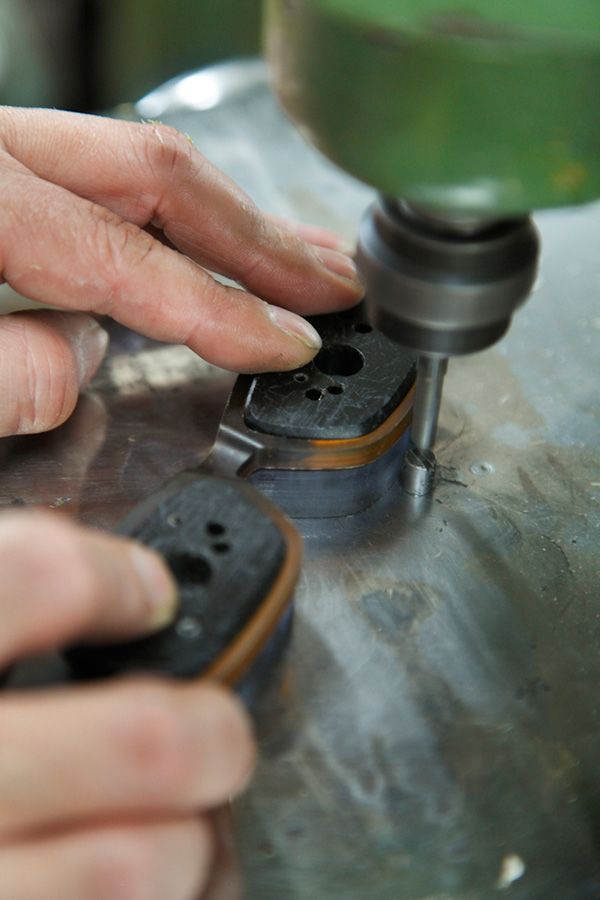 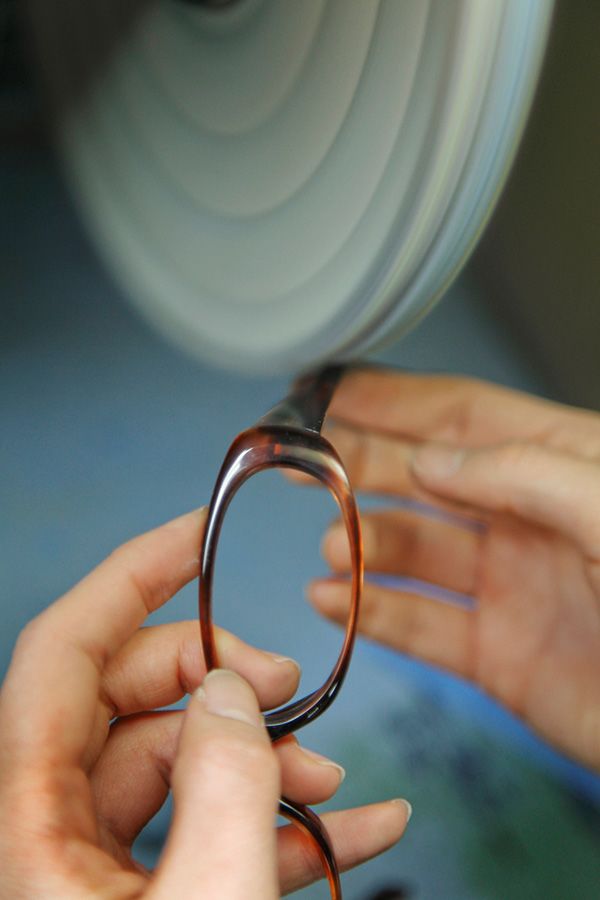 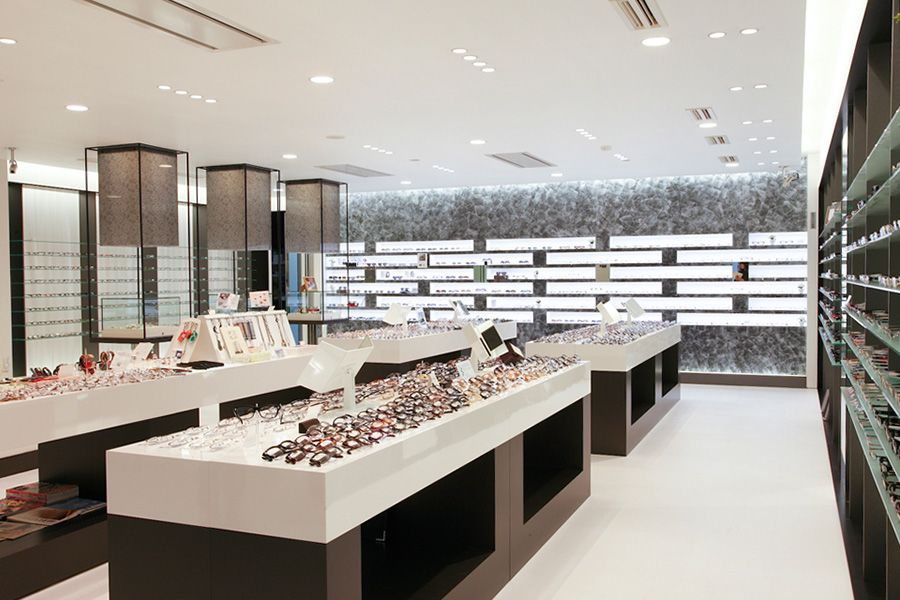 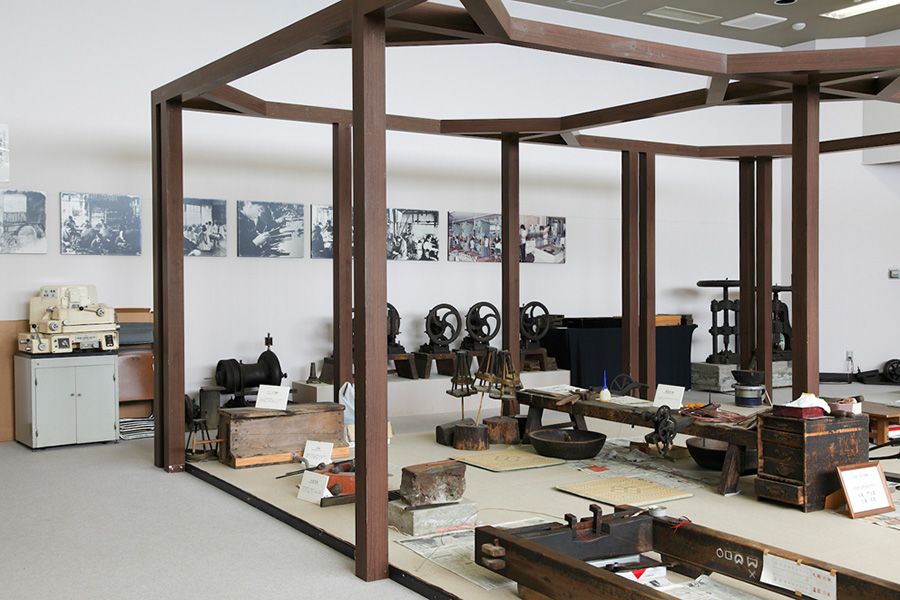 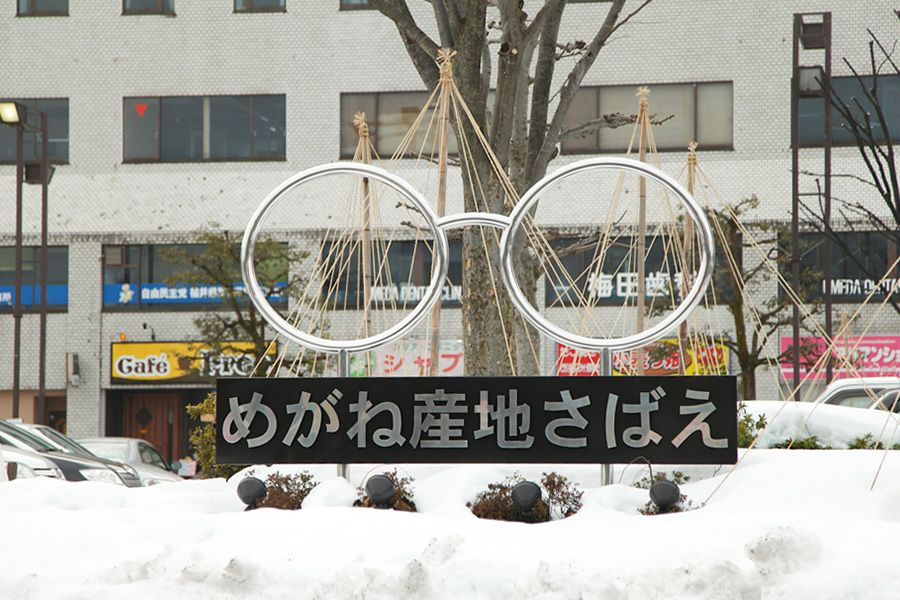