Aomori Beyond the Nebuta Matsuri: Nature, Water, and Local Flavors

Sep 13, 2012
The Nebuta may be the most famous tourist draw in Aomori, but the prefecture has lots more to offer. Visitors can enjoy the unique flavors of the local food year round, or relax away from the big city at Lake Towada or on the upper reaches of the Oirase River.

● ASPAM: the Prefectural Center for Local Products and Tourism

A few minutes’ walk from JR Aomori Station, the gateway to the prefecture, stands an impressive red and black building. That’s Wa Rasse, Aomori’s official “Home of Nebuta.” Every year, after the Aomori Nebuta Festival comes to an end, the famous parade floats are dismantled, never to be seen again. At Wa Rasse, several award-winning floats are spared this fate and live on for another year, lit up in a large, darkened gallery. Here, visitors can see these remarkable creations up close and learn more about these massive works of art and the festival behind them. 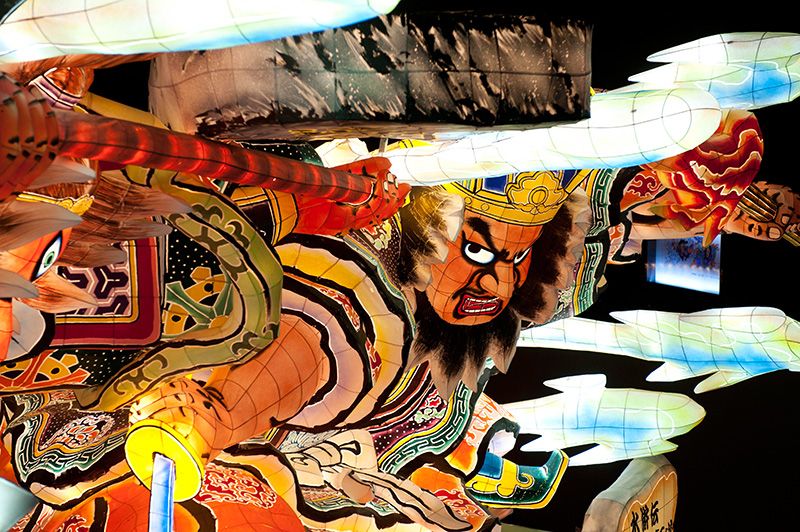 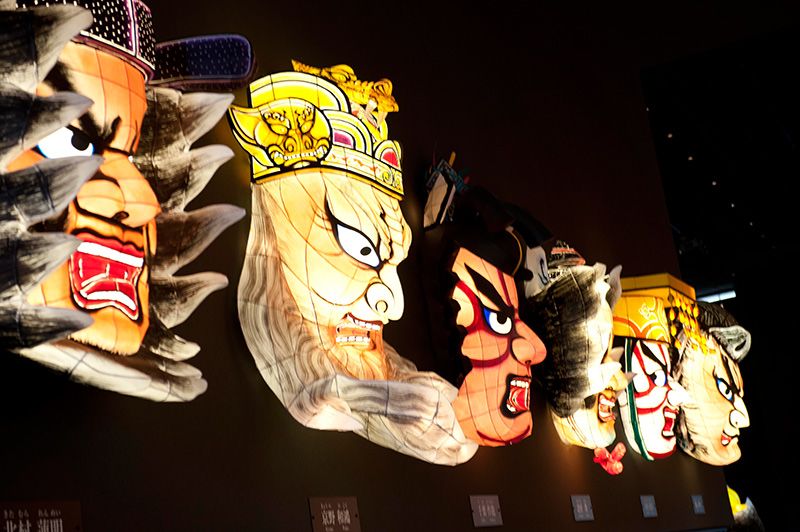 A little further along the shoreline is a large triangular building that looks like a slice taken out of a pyramid. This is ASPAM: the Prefectural Center for Local Products and Tourism. ASPAM provides tourist information and sells a selection of local agricultural and craft products. There are sweeping views over the city from the observation lounge on the 13th floor. Beginning with the Golden Week holidays in May each year, ASPAM also plays host to an important part of the Nebuta festival preparations in the “Nebuta Danchi,” a temporary village of tents and marquees around ASPAM where the nebuta floats are built and stored during the festival.

After taking in some of the information at ASPAM, it’s time to refuel. Like most places in Japan, Aomori has a proud tradition of local specialties. These three restaurants, popular with locals and visitors alike, provide a chance to try a taste of Aomori.

First up is the “soul food” of Aomori City: Miso Curry Milk Ramen at “Aji No Sapporo – Ōnishi,” located (despite its Hokkaidō name) in downtown Aomori. The novel flavor combination was developed by owner Ōnishi Fumio in the early seventies in cooperation with the previous owner, Satō Kiyoshi. The predominant style of ramen in Aomori at the time was shōyu [soy sauce] ramen built on a niboshi [dried sardine] broth base. There wasn’t much demand for the comparatively oily, hearty flavors of Hokkaidō-style ramen at the time. Word-of-mouth made the new style of noodles a hit, especially among students, who appreciated the generous portions. Eventually, some local high school students came up with the idea of combining the three items on the menu, (miso ramen, curry ramen and milk ramen) into a single bowl, and the miso curry milk ramen was born. Ōnishi recalls: “I went to a ramen shop in Hokkaidō once and asked for miso curry milk ramen. They looked at me like they didn’t know what I was talking about. That’s when I realized that this really is an Aomori original.”

Freshness in a Bowl – Nokke Don

The Furukawa Ichiba market is a must-visit destination for anyone with an interest in Aomori’s culinary culture. Since December 2009, the Aomori Gyosai Center has been offering the Nokke Don: a DIY rice bowl, topped with ingredients of your choosing. A wide variety of seafood is on offer in individual portions. The Furukawa Ichiba is popular not only for the freshness of the food, but for the opportunity to chat with the locals in the market. Better still, most toppings cost just ¥100. Korean-style beef barbecue is on offer as well.

The Flavors of an Aomori Home – Kaiyaki-Miso 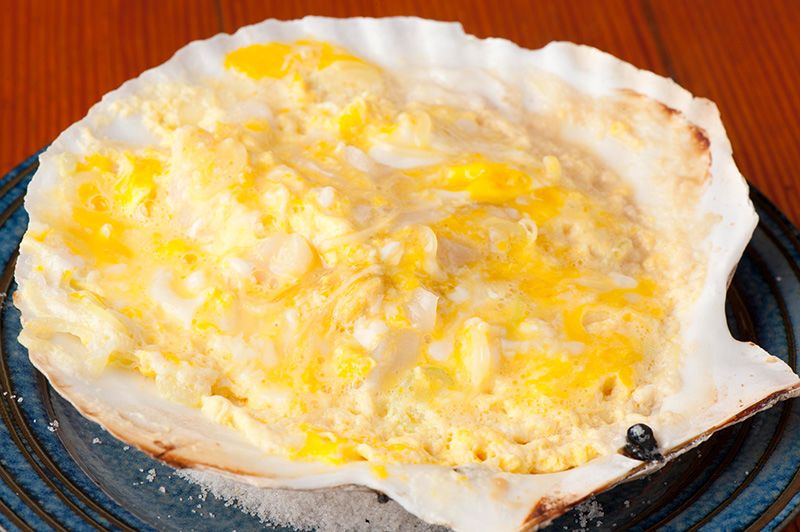 One more famous example of Aomori cooking is kaiyaki-miso, a simple dish made from Aomori’s famous scallops. The meat of the scallop is cut up and marinated in miso, then topped with lightly beaten eggs and cooked in the shell. The perfect accompaniment to the excellent local sake, in the past its nutritional value made it a staple of the dinner table in as well. Aomori favorite Rokubē is a great place to taste the traditional flavor of kaiyaki-miso. Owner Matsumori Toshimitsu explains: “Cooking the meat in the shell enhances the flavor of the dish. You have to choose a broad, deep shell so that the delicious juices don’t spill out.” Rokubē is close enough to the course of the Nebuta parade that the boisterous music of the hayashi can be heard from the underground premises.

The Many Faces of the Oirase River

Two hours’ drive from Aomori City, the upper reaches of the Oirase River are the perfect place to relax and recharge your batteries. The road takes you through rural farmland, the greenery growing deeper and thicker as the Oirase River comes into view, draining the waters of Lake Towada into the Pacific Ocean. The Yakeyama bus stop, and the clutch of hotels and shops surrounding it, mark the entrance to the mountain-bound upper reaches of the Oirase River. Follow the curving undulations of the stream in the direction of Lake Towada, and you’ll be rewarded with a fresh panorama around every bend. The river is turbulent at Samidare No Nagare [Samidare Rapids], but a little further down the road at the Ishigedo Rest Area, the river has calmed into a gentle shimmer. Local volunteer guides are eager to share their knowledge of the area. Further upstream you’ll see the powerful Asura No Nagare [Asura Rapids]—a popular spot for amateur photographers that appears on numerous posters advertising the attractions of the region. Past Shirakinu No Taki [White Silk Falls] comes a series of waterfalls, each presenting a different aspect of the Oirase River. Continue past one last breathtaking scene at Chōshi Ōtaki [Chōshi Falls] you come to the mystical shores of the tranquil Lake Towada. 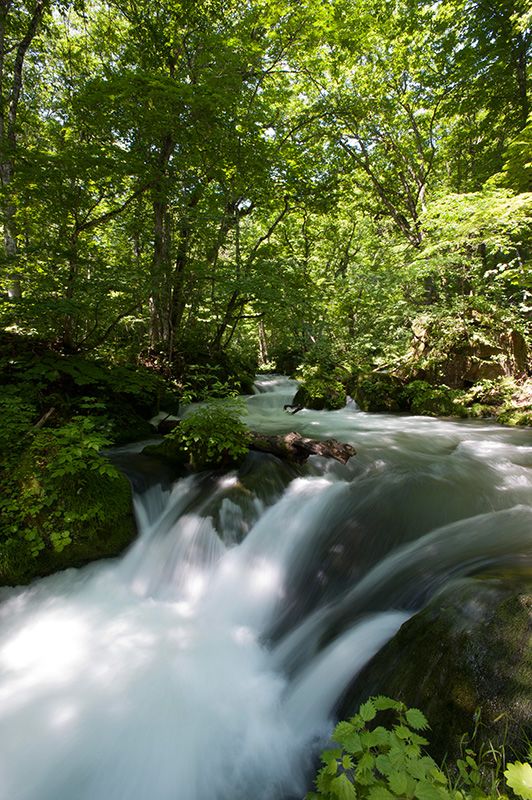 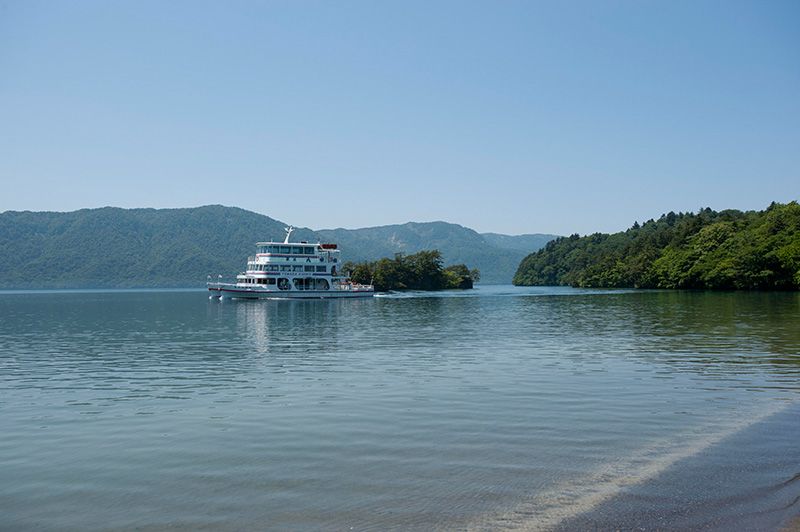 Lake Towada is famous for one delicacy above all others: freshly caught himemasu, or sockeye salmon. The shores of the lake are crowded with souvenir shops and restaurants selling himeyasu in various forms. One particularly good place to sample the local specialty is the Towada Shokudō restaurant, where options include tempura-fried himeyasu and the marinated himeyasu rice bowl.

In the heart of the  Lake Towada hot springs district not far from the banks of the lake, you’ll find Kamikōchi Shokudō, famous for Towada barayaki [pan–broiled beef & onion], another local delicacy. Serving a menu that has remained unchanged since the restaurant opened in 1972, Kamikōchi Shokudō recently came to prominence after its barayaki won a nationwide local foods competition. The mother-and-daughter management team say that local ingredients are behind their success: “The secret to barayaki is the onions, which soak up the juices from the meat. We always use only Aomori onions—250 grams to every 100 grams of meat.” In addition to their renowned barayaki, Kamikōchi Shokudō offers dishes made with locally sourced wild mountain vegetables and mushrooms. 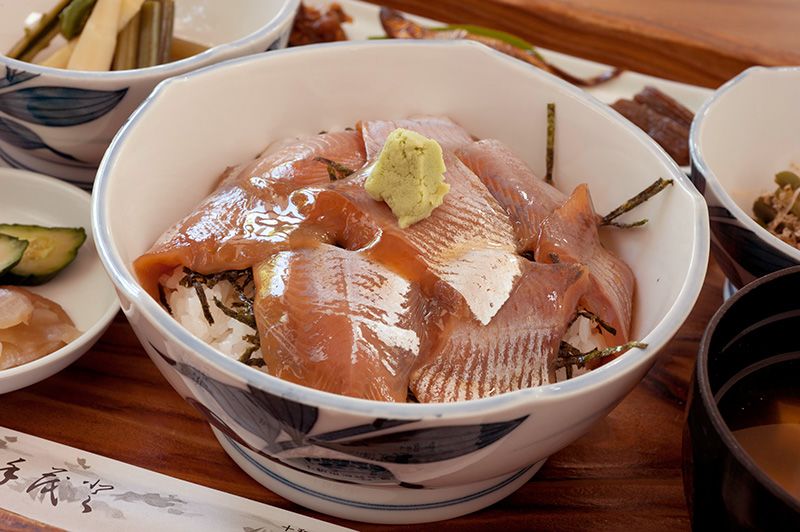 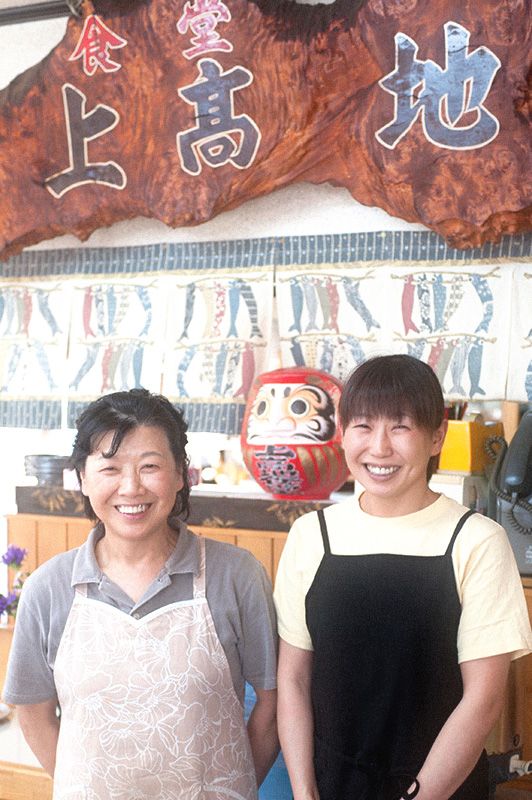 From the center of Towada City, National Highway No. 4 leads to the new Shichinohe Towada Shinkansen station, part of an extension to the shinkansen network that opened in 2011. At the “Michi no Eki Shichinohe” rest stop and information center in front of the station, Keiran offers up more home-style cooking. We enjoyed an egg-shaped mochi (stick rice) dumpling filled with bean paste, served in a soup. The refined taste of the konbu seaweed and shiitake mushroom broth complemented the sweetness of the mochi perfectly. This traditional dish has undergone something of a resurgence since Keiran began serving it. Other specialties well worth trying include soba-mochi, made from buckwheat flour.