Manga: Not Just in Japan

Culture Jan 25, 2013
Although Japanese manga is gaining popularity abroad, Japanese readers have little awareness of comics and similar publications produced abroad. We talk to Frédéric Toutlemonde, a Frenchman who is looking to change this. 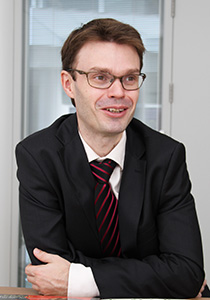 Born in Lilas, in the suburbs of Paris, in 1978. Graduated from Paris Diderot University with a degree in Japanese language and culture. First came to Japan in 1999 and moved to the country in 2003. Currently works at the French embassy while managing the Euro Manga magazine and heading the executive committee for the Foreign Comic Festival in Tokyo.

“Manga developed mostly by itself in Japan and has a very strong influence. If you mention the English word ‘comic’ in Japan, the Japanese will automatically think of manga. They forget that the same cultural genre exists in its own form abroad.”

So says Frédéric Toutlemonde, head of the executive committee for the Foreign Comic Festival in Tokyo, which took place on November 18, 2012, at Tokyo Big Sight (the Tokyo International Exhibition Center).

Comics created for audiences in France and Belgium are called bandes dessinées, commonly abbreviated as BDs. Generally full-color, albumlike publications, they are the equivalent of Japanese manga for that region. Toutlemonde started a specialist magazine called Euro Manga in 2008 to popularize BDs in Japan. The Foreign Comic Festival was an idea that came together after the magazine’s launch; it received wide support as an initiative to stimulate international exchange through manga.

The festival took place at the same time as Comitia, an event for exhibiting and selling fan publications. Publishers and embassies from Europe, North America, and Asia set up booths at the exhibition, which also featured sales of many publications that are hard to come by in Japan. Illustrators and writers from each country were available for autographs and the event was an excellent opportunity for readers to meet with other people of similar interests. One of the highlights of the event was a talk session between some famous BD artists and the Japanese manga creators Ōtomo Katsuhiro and Urasawa Naoki.

Toutlemonde says, “Learning about outstanding comics from overseas can only be profitable for the manga industry in Japan. For readers, it’s a chance to find new material and expand one’s tastes. I have unexpectedly found myself in an environment with equal exposure to BD, American comics, and Japanese manga. It’s a huge plus for me.”

Toutlemonde loved comics so much at high school that he was determined to become a manga artist. He was particularly influenced by Ōtomo Katsuhiro’s Akira and La Quête de l’oiseau du temps (The Quest for the Time Bird), written by Serge Le Tendre and drawn by Régis Loisel. 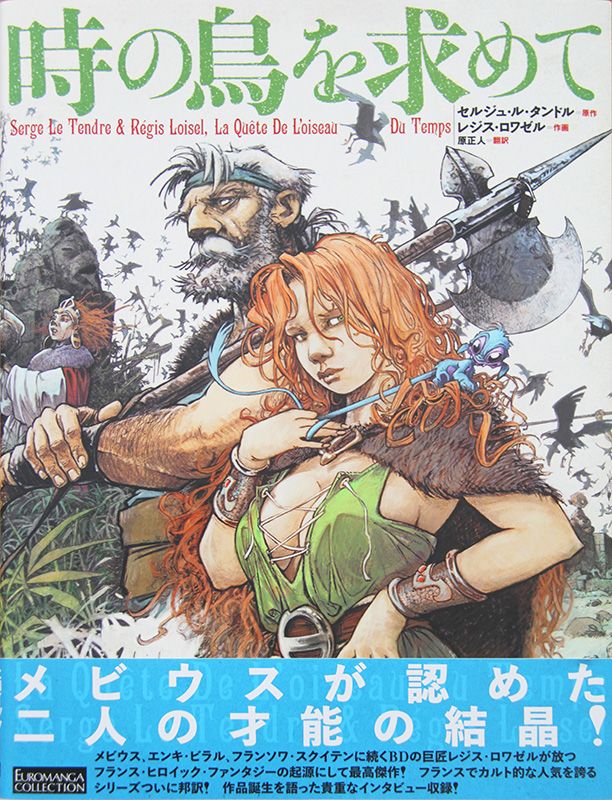 “The Japanese version of La Quête de l’oiseau du temps was just released on November 9. It’s a fantasy comic that is right up there with all the best American and Japanese titles. I was thrilled when I read it.”

Toutlemonde invited Loisel to the Foreign Comic Festival for a talk event with Ōtomo Katsuhiro.

“It would have been a dream for me to have two of my childhood heroes on the same stage. Unfortunately, due to a family illness, Loisel was unable to come to Japan. It was a great shame. I wanted to give him a copy of the finished Japanese version of La Quête de l'oiseau du temps but I couldn’t do it. It’s not just that I like his work—he is undoubtedly a major figure in the BD world whose works will go down in history.”

On the subject of master craftsmen in the BD world, there was the sad news that Jean Giraud, who worked under the pseudonym Mœbius, died in March 2012. Ōtomo, Urasawa, and many other Japanese manga artists have publicly stated that they have been greatly influenced by his work. When Miyazaki Hayao, founder of the renowned Studio Ghibli animation studio, read Giraud’s comic Arzach, he was shocked to the core. In this video interview, Miyazaki notes that this work greatly influenced Ghibli’s animated film Nausicaä of the Valley of the Wind.

It is against such an esteemed artist that Toutlemonde compares Loisel:

“Loisel’s work is of such a high caliber that he could be compared on an equal footing with Mœbius. The generation that was influenced by Mœbius, in particular the manga artists who discovered BDs in the 1980s or after, are almost without exception now influenced by Loisel. For those of us in our thirties, like me, there hasn’t been any work that has struck a chord quite as strongly as La Quête de l'oiseau du temps. The story development, the personality of the characters—it’s all totally original. This really is a work ahead of its time. I don’t think it’s an exaggeration to say that the heroic fantasy genre has seriously developed because of it.”

Such a major figure was hard to replace, but Bastien Vivès agreed to attend the event instead. Toutlemonde describes this creator:

“He’s a young artist who is gaining a lot of popularity in France. He’s only twenty-eight but has already published twenty works on a wide range of themes including adventure, family, education, ballet, and erotica. After covering so many genres at such a young age, he’s already entered the ranks of major artists. I think there’s little doubt that he will be around for quite a while.”

It was a great shame that Loisel could not attend the event, but for the Japanese audience, the opportunity to get to know Vivès could be seen as a fortunate turn of fate. He, too, is influenced by Japanese manga and has some new thoughts on the creation process. Toutlemonde says that he is very unlike any BD artist that has come before him.

The more traditional BD artists tend to separate drawing from the story writing process. They also rarely work together with other artists. Vivès says that he differs on this point and is quite happy for other artists to work on his drafts. 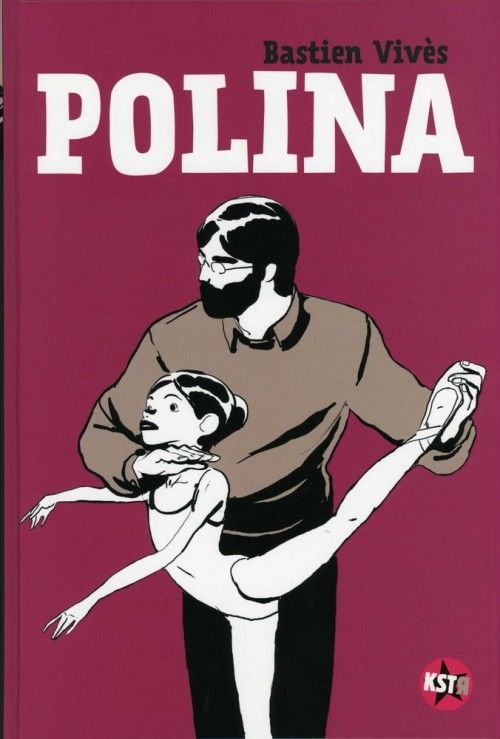 “He collaborates with friends when creating content. He also mainly works with digital media. You could say that his techniques are fairly revolutionary. He displays his material on his blog, which attracts more fans, and then he publishes his works. This kind of workflow has only become possible recently.”

Vivès is currently working on a martial arts comic in the Japanese manga style and is using the Bakuman series(*1) as a reference. He says that he uses a production system particular to the Japanese manga world, drawing around 20 pages a week.

Telling His Own Story

Contrasting with Vivès is the artist Emmanuel Lepage, whose works have gained particular notice over the past few years. He writes and draws his comics by himself and has become quite the storyteller. His comic Muchacho is about revolution, while his latest work, Un printemps à Tchernobyl (A Spring In Chernobyl), tackles nuclear energy issues.

“Lepage spent two weeks in a village near Chernobyl in April 2008 and this comic is a depiction of his time there. You could call it reportage or you could describe it simply as a collection of essays describing his thoughts and experiences. During his Ukraine trip, he is constantly asking himself why he is there. Although he went to discover what the ‘region of death’ was like, in the end he discovers life, colorful people, and bountiful nature. His work isn’t about being for or against nuclear power, but is rather a raw account of what he witnessed.” 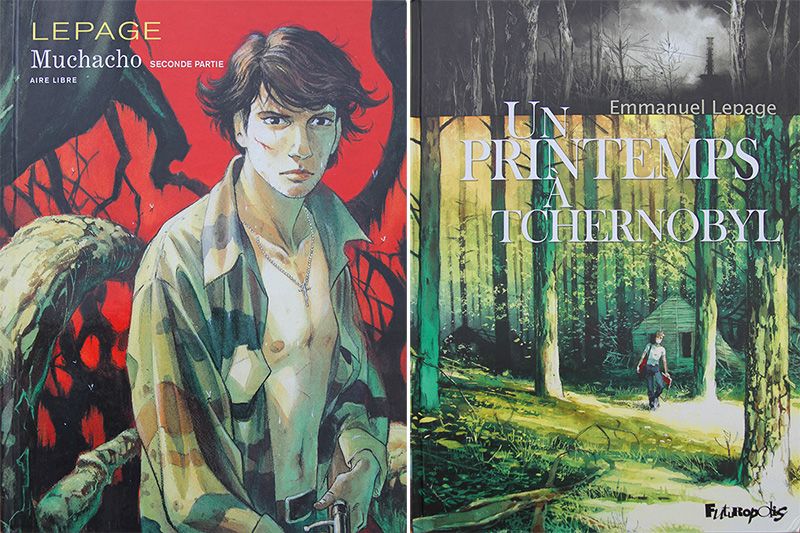 The Art That Brought Toutlemonde to Japan 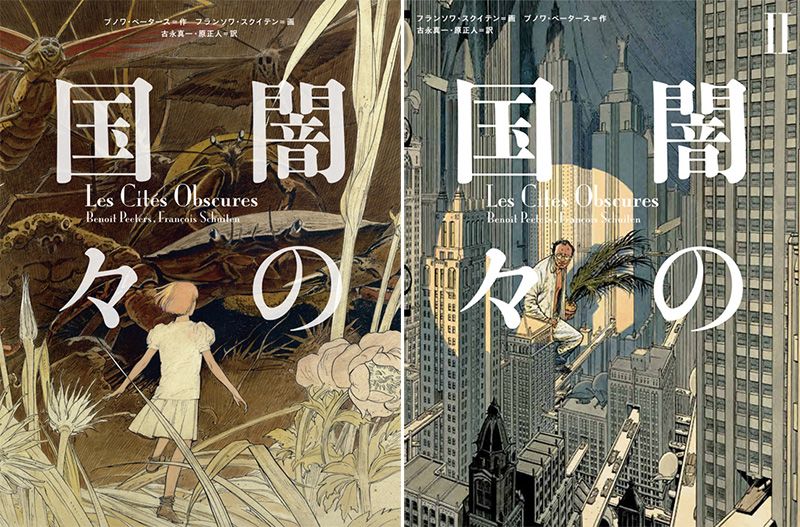 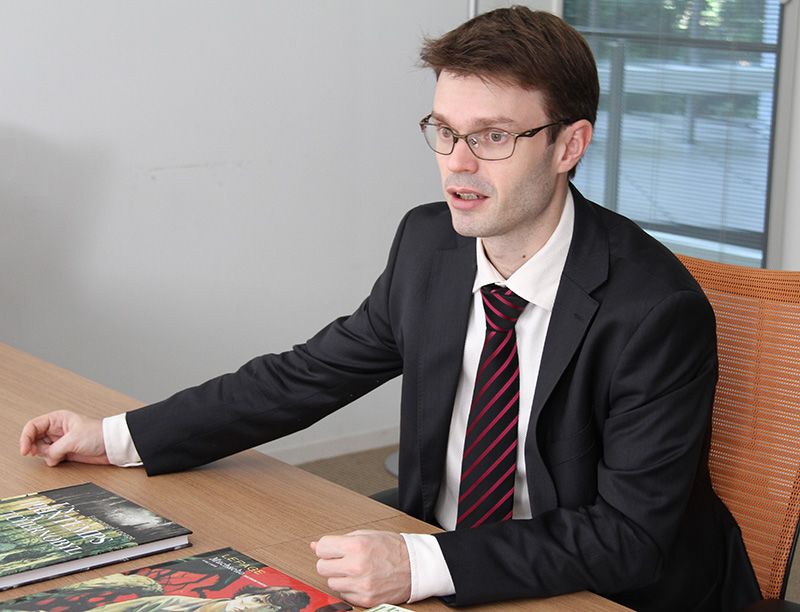 Another BD master craftsman who must be mentioned is the Belgian artist François Schuiten. Combining an artistic flair with a craftsman’s spirit, he excels at compositions with urban backgrounds and depicts dream worlds with careful and delicate lines. In contrast to the high pace of Vivès and Japanese manga artists, Schuiten reportedly spends around a week drawing a single page. His most famous work, Les Cités Obscures, is described by Toutlemonde as “a masterpiece that fuses art with literature.”

While Schuiten was responsible for the artwork, the story for Les Cités Obscures was written by Benoît Peeters. While Toutlemonde is an admirer his work, there is also a personal connection. Peeters collaborated with the manga artist Frédéric Boilet, who had lived more than 10 years in Japan, to produce the title Tokyo est mon jardin (published in English as Tokyo Is My Garden) in 1998.

“This comic was the reason I came to Japan. Japanese language was my major at university, but in my second year, I felt that I didn’t know much about the country and was contemplating abandoning my studies. That was when I discovered this comic. When I read it, I thought, ‘Maybe I can live in Japan after all.’ Until that point I’d viewed Japan as a strange and remote world. Tokyo seemed so enormous and overwhelming that it didn’t seem like a place to live comfortably. The Tokyo in this comic, however, is very peaceful. The image it represented seemed exactly right for me. It was the first thing that really made me want to come to see the city for myself. So if Peeters hadn’t existed, the Foreign Comic Festival probably never would have existed either!”

(Translated from a November 9, 2012 interview in Japanese.)

(*1) ^ Bakuman was syndicated in the weekly magazine Shōnen Jump from 2008 to 2012. Written by the same creative team responsible for Death Note, the series follows artist Mashiro Moritaka and aspiring writer Takagi Akito, two schoolboys who wish to create manga.