Culture Jul 17, 2013
At a lively panel discussion at the International Manga Fest in Tokyo, manga artist Ōtomo Katsuhiro directed a series of probing questions at two artists visiting from France, and brought the appeal of European bandes dessinées into vivid focus for Japanese audiences.

Sponsored by the Japanese Agency for Cultural Affairs, the Japan Media Arts Festival has taken place every year since 1997. In 2012, the grand prize in the manga division went to Les Cités Obscures (English title: Cities of the Fantastic) by Benoît Peeters (scenario) and François Schuiten (artwork), one of the best-known bande dessinée collaborations of recent years. The bande dessinée is a sophisticated take on the comic book that developed in France and Belgium. This was the first time the festival’s biggest prize was awarded to a non-Japanese work. Emannuel Lepage’s Muchacho also earned an Excellence Award at last year’s festival. It has been a breakthrough year for the profile of the BD artform in Japan.

Another sign that the bande dessinée has truly arrived on Japanese shores was the resounding success of the country's first-ever International Manga Fest, organized around the theme “Manga: Not Just a Japanese Thing.” This was the first major event to introduce Japanese readers to the rich diversity of comic cultures around the world. Booths selling rare and hard-to-find comics and souvenirs lined the venue and popular artists were on hand to sign copies of their books. Live improvised drawing sessions were another highlight in a busy lineup of events to delight any manga fanatic. 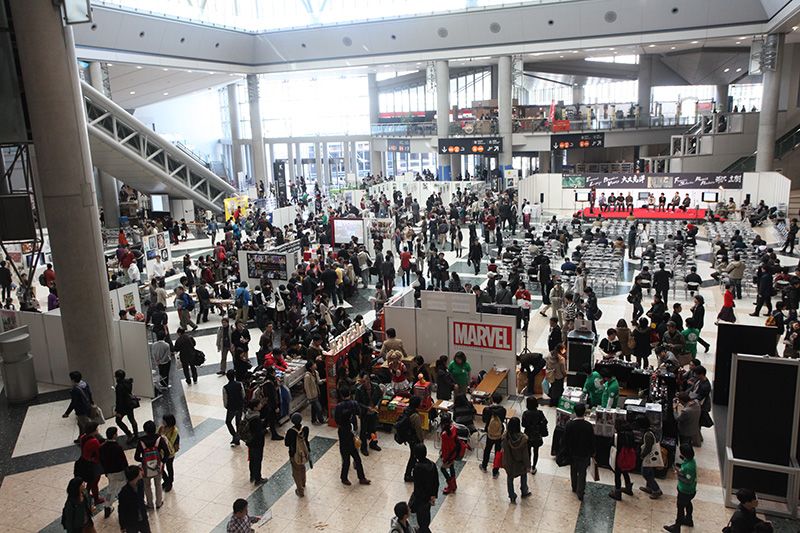 Inside Tokyo Big Sight during the International Manga Fest.

A Meeting of Japanese and European Manga Stars 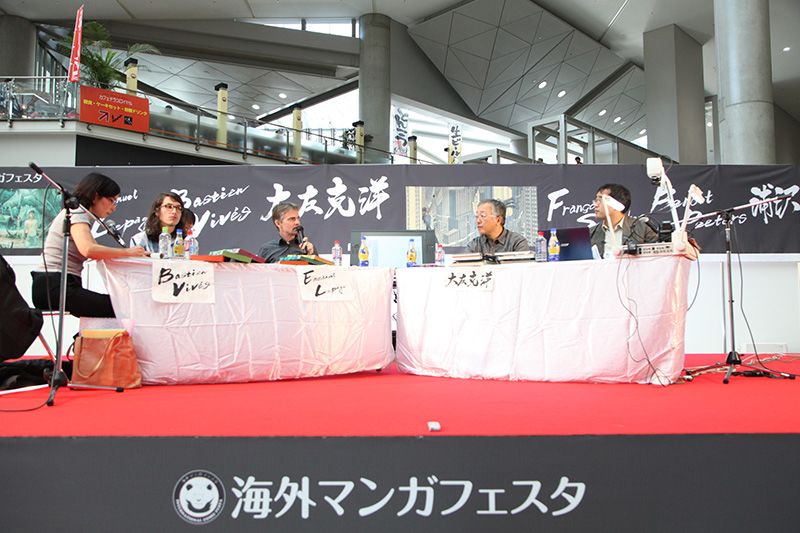 One of best-attended events of all were the talk sessions in which some of the leading figures in Japanese manga took part in lively exchanges with their counterparts from overseas. In the first live discussion, Ōtomo Katsuhiro, author of Akira, one of the best known of all manga artists, took part in a discussion with award-winner Emmanual Lepage and Bastien Vivès, one of the most promising young bande dessinée artists in France today. In the second panel discussion, Urasawa Naoki, whose Monster series has combined sales of over 20 million, spoke to Peeters and Schuiten.

Both sessions saw some passionate discussions among the participants—eloquent testimony to the love that Ōtomo and Urasawa have had for bandes dessinées for many years. These two stars of the Japanese manga world happily exchanged lively back-and-forth volleys with little concern for the official agenda. The audience was held rapt, enjoying a thrilling and persuasive introduction to the BD world.

The two French artists invited to take part in the first panel were both visiting Japan for the first time. Both were clearly thrilled to be sharing a stage with a figure of Ōtomo’s stature.

“It must be twenty years since I first discovered Ōtomo’s work,” Lepage said. “He’s the undisputed master of Japanese manga. In France, Akira had a huge impact. It hit us like a bomb going off.”

Even Vivès, some thirty years younger than Ōtomo, acknowledged the formative influence of Akira on his early career. “I knew Ōtomo’s work even before I discovered Mœbius,” he said in a startling reflection of Ōtomo’s all-encompassing impact—in the world of bandes dessinées, few figures are as important or influential as Mœbius.

Ōtomo had numerous questions for the two younger artists about their approach and technique. You didn’t have to be a manga fan to feel a thrill seeing the genuine exchange of ideas taking place, despite the differences of language and age. 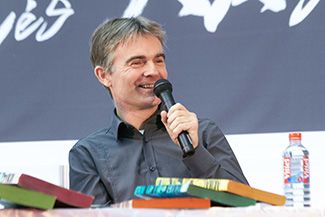 Emmanuel Lepage. Born in Bretagne in 1966. Made his debut in 1986 with "Les Aventures de Kelvin." Since then, has published more than 20 works. "Muchacho" won an excellence prize in the manga division at the Japan Media Arts Festival in 2012. His latest work is "Un Printemps à Tchernobyl" (2012). 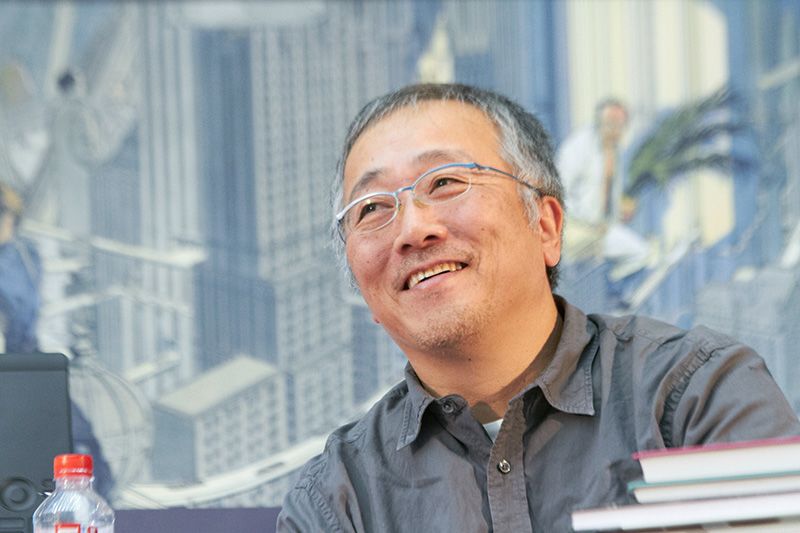 Ōtomo Katsuhiro. Born in 1954. His 1984 work "Akira" is one of the world’s best-known manga and anime titles. In 2005 he was made a Knight of the Order of the Arts and Letters by the French government. In 2012, his "Hi no yōjin" (Combustible) won the grand prize in the animation division at the Japan Media Arts Festival.

Lepage’s award-winning Muchacho is set in Nicaragua during the 1970s, when the country was under a dictatorship. Telling the story of a young monk who visits the city to paint murals on a church, the book depicts with great sensitivity the themes of love and revolution. Ōtomo had high praise for the story: “I thought it was great. The sense of pacing is different from Japanese manga. One of the attractions for me was the depth and intricacy of the storyline. Despite the complexity, it’s easy to read. And the detail in the drawings is fantastic! I really hope the book will be widely read in Japan.”

Ōtomo was curious about how Lepage had gone about setting his story in an unfamiliar place: How important is it to make sure that the characters’ thoughts and behaviors reflect actual conditions in a country the author may not know personally? Lepage’s answer was striking.

“I think people are the same wherever they live. The universal emotions of desire, love, and violence are within all of us. They’re a part of our shared humanity. Of course when you’re writing something like this you collect materials and talk to people from the area, and try to reflect the historical reality as much as possible in what you write. But ultimately I think you’re really telling your own story though the characters that appear in your work.” 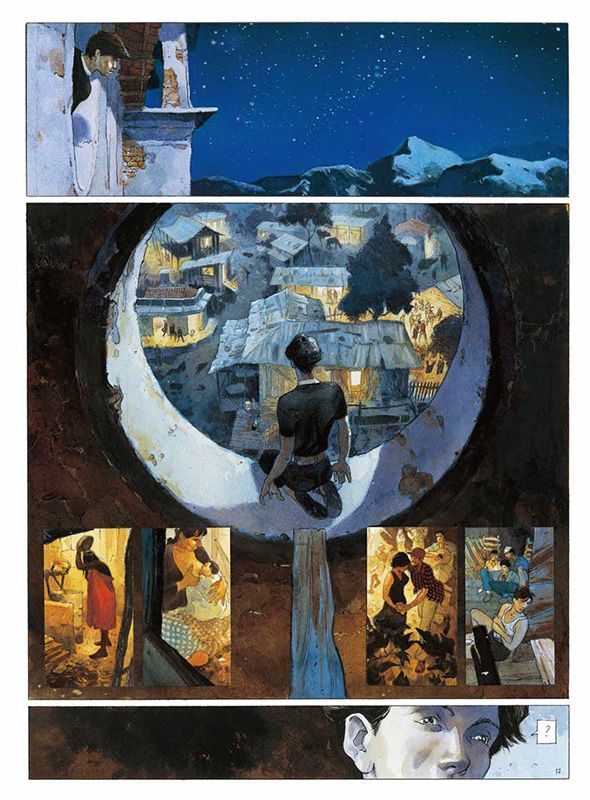 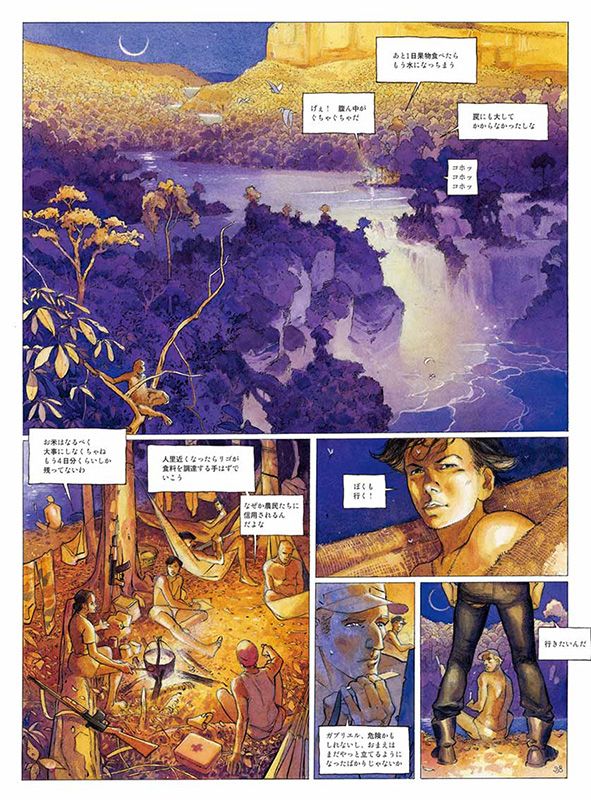 The Art of Swimming 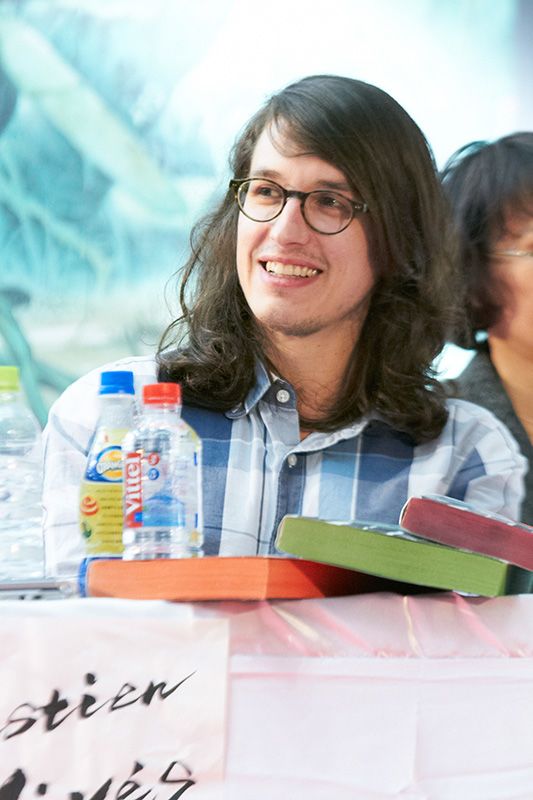 Bastien Vivès. Born in Paris in 1984. Won the Angoulême International Newcomers’ Prize for "Le Goût du Chlore" (A Taste of Chlorine), published in 2008. Continues to put out new work every year at a rapid pace. Won the Landerneau Prize in 2012 for "La Grande Odalisque."

Lepage achieves impressive effects by using a beautiful palette reminiscent of watercolors. By contrast, Vivès uses a computer and Photoshop for much of his artwork. “I’m more interested in the overall setup than the actual drawing,” he says. Ōtomo was impressed. “I like the improvised, sketched-out look of the artwork. It’s light, and gives the impression that the artist has drawn straight from life and captured the familiar everyday world around him. The drawing is well done, too.”

Le Goût du Chlore (A Taste of Chlorine) by Bastien Vivès is a tender love story set largely in a municipal swimming pool. Unusually for a bande dessinée—a genre that normally sets considerable store on the economical use of a limited number of pages—the book features page after page of visually similar scenes featuring the backdrop of the swimming pool. Vivès had this to say about the book’s genesis.

“It was probably studying animation that made me want to do it that way. I was mapping out the number of panels in my head, and I thought, why not use twenty pages for the swimming scenes? So I spoke to the person at the publishing company, and said I wanted to draw lots of swimming scenes, and they gave me the OK. It happened to be the summer holidays, so the next time I saw my editor was two months later. That meant there was no one to stop me, so I just drew as much as I wanted. Then when I took the finished script to the publisher, they were like: “Whoa, who told you to come up with something like this?!”

Obviously intrigued, Ōtomo responded immediately: “What? You mean the number of pages is not fixed from the outset?” Vivès responded: “My contract is on a per-book basis, so it’s up to me to draw as much or little as I see fit.” The French approach gives the artist freedom over the content and the production process. 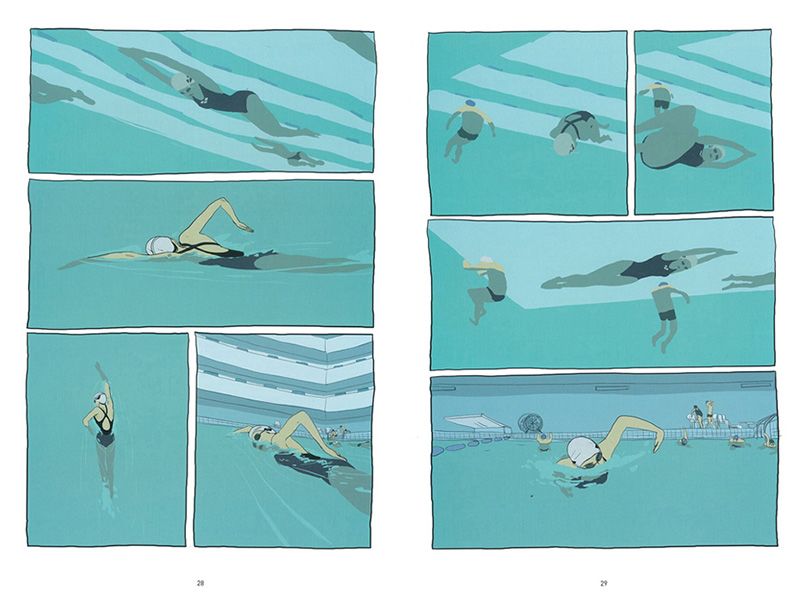 Ōtomo seemed more interested in directing questions at the two young Frenchmen than in talking about his own work. Part of this was probably common courtesy—he no doubt wanted to make sure the two guests got a chance to shine after they had come so far to take part. Whatever the reason, Ōtomo’s open, inquisitive attitude led to some fascinating insights into the creative approaches taken by each individual artist. “In Japan,” Ōtomo reflected, “the bandes dessinées we knew and loved mostly dealt with science fiction themes. But the two young artists here today both write from reality, by depicting a world that is close and familiar. This gives their work a real sense of freshness. I guess in Japan the closest artist would be someone like Matsumoto Taiyō. In terms of sensibilities, young people are moving closer together, even though they may be working in different countries. How great it would be if manga could help to deepen the exchanges between people around the world.”