Culture Jan 29, 2014
Foreign comics are finally beginning to gain ground in Japan, thanks in part to the International Manga Fest, launched in 2012. In 2013 the festival welcomed Juanjo Guarnido, a Spanish comic artist who resides in France. The artist told us about the influences that Japanese manga have had on his work. 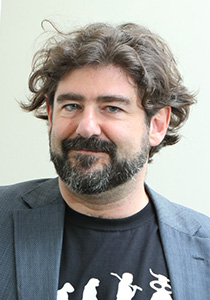 Born in the outskirts of Granada, Spain, in 1967. Began working as an animator after finishing art school in Granada. The Blacksad series, which he has coauthored with Juan Díaz Canales since its debut in 2000, has won numerous awards at major international comic festivals in Angoulême (France), San Diego, and elsewhere. 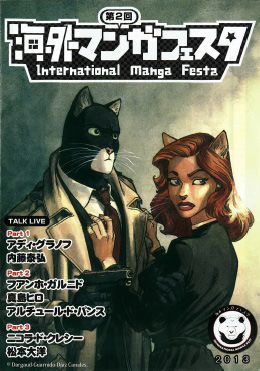 The International Manga Fest took place in Tokyo in October 2013. Now in its second year, the festival was launched in 2012 as a way to acquaint Japanese audiences with overseas comics and serve as an international forum for the comic industry. Artwork from Blacksad, a European comic series, adorned the cover of the 2013 program. We interviewed one of the coauthors of the series, Juanjo Guarnido.

Guarnido moved from his native Spain to France 20 years ago to work as an animator at Walt Disney Studios, located in a Paris suburb. As he depicted animal characters for Disney animations, he toyed with the idea of one day creating a story featuring anthropomorphic animal characters for mature audiences rather than children.

The idea came closer to reality when Guarnido met fellow Spaniard Juan Díaz Canales, who scripts the Blacksad series. Díaz Canales had been working on a story that would become the basis for Blacksad, but it was incomplete at the time. As a team, the two set out in pursuit of the lofty goal of mixing elements of contemporary suspense fiction into the world of traditional fables and folktales.

By 2013, Blacksad had grown into a series of five volumes, as well as two companion volumes. It has won numerous awards at the Angoulême International Comics Festival in France, and in 2013 it garnered an Eisner Award, often called the “Oscars of the comic industry,” for the category of Best US Edition of International Material. The series has been praised as a masterpiece of hard-boiled detective fiction centered on anthropomorphic animals. 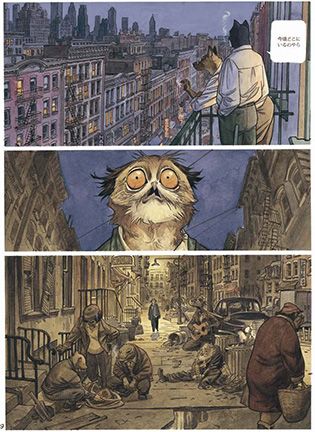 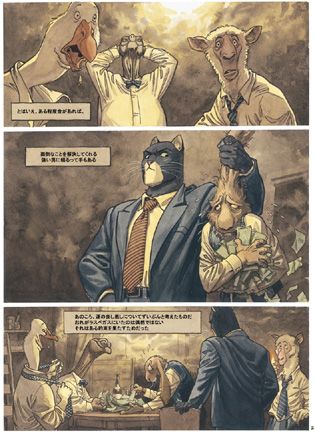 Influence of Japanese Manga on the West 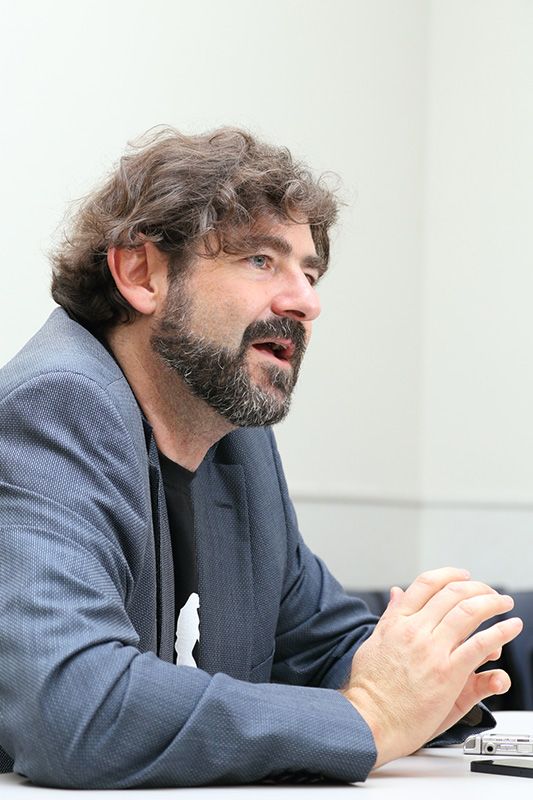 INTERVIEWER What influences do you think Japanese manga has had on Western comics?

JUANJO GUARNIDO I think it’s had a huge influence on how mental images are depicted. Manga taught me that you can express a character’s thoughts in a motionless frame with nothing in it but still life. That’s just one example. There’s no question that manga has opened up many new possibilities for comics. Thanks to manga, we can now realistically depict the atmosphere of a scene and expand our breadth of expression.

INTERVIEWER In recent years, many Japanese manga have been translated in the United States and Europe. How have they affected readers?

GUARNIDO Young people are practically reading manga and nothing else. So are my kids, and I tell them to read more Asterix and Tintin. [Laughs] I think manga has swept Western culture because it’s addictive in the way the story unfolds at a frantic pace and because the characters’ actions and feelings are exaggerated. Nowadays, manga has even come to have an effect on the behavior of young readers. 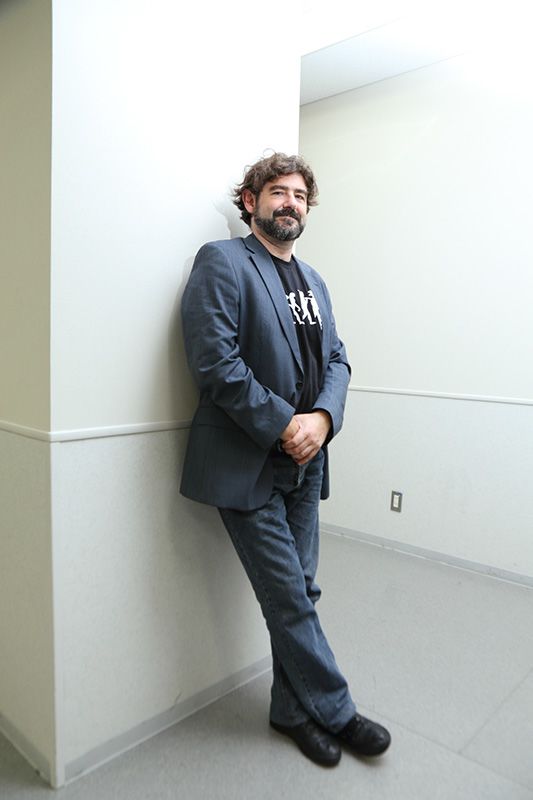 INTERVIEWER You took part in a “live talk” event at the festival. What was the audience response like?

GUARNIDO The response was incredible. My impression of the Japanese market seems to have been totally off the mark. Very few European authors have been published in Japan, but it isn’t because of the public. The reaction of Japanese readers is just as enthusiastic as those of readers in Europe or America. The obstacle lies elsewhere, perhaps in the publishing world.

INTERVIEWER Japan has a strong market for manga. How about Europe?

GUARNIDO France and Belgium have comic book markets comparable to Japan’s. In these two countries, comic books have totally become a part of the culture and formed a mature market. The problem is the rest of Europe.

Every year, comic books make up a large proportion of all sales in the French publishing industry. This is because comics are accepted as cultural products and an artistic genre, whereas in Japan they’re seen more as objects of entertainment. I think that’s the main difference.

INTERVIEWER I have heard that you applied for a job at the comic publisher Marvel in your younger days but were rejected. Do you think Blacksad would have been born if you had been hired by Marvel?

GUARNIDO Probably not. Today I thank Marvel every day for not hiring me. [Laughs] Although I admit, my heart aches every time I think about it.

If I had worked at Marvel I wouldn’t have gained a decade of experience at Disney, and Blacksad probably would have stayed buried somewhere in Juan Díaz Canales’ drawer. Thanks to meeting him and getting involved in the Blacksad project, we have been able to not only create a commercial success but generate a sort of publishing phenomenon. My greatest source of satisfaction and happiness, though, has come from drawing the comic.

Mashima Hiro on the Appeal of Blacksad 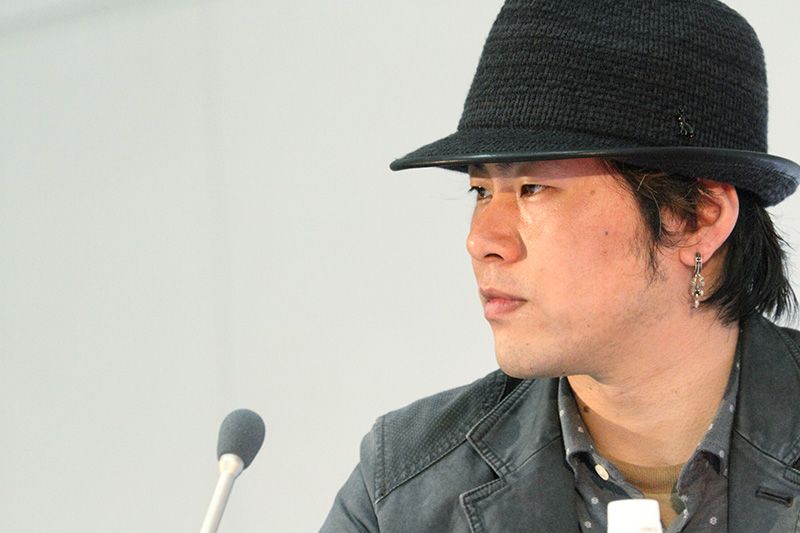 “The comic had an impact on me the moment I saw it at a bookstore,” Mashima said of Guarnido’s masterpiece. “When I flipped through the pages I was struck by his drawing skills, and I bought it right away so that I could read it at home. In fact, I bought three copies, thinking I’d recommend it to others. I was amazed by the wealth of expressions of the animal characters. Guarnido’s skills are the object of envy among fellow comic artists.”

Mashima’s respect for the series led him to create Panther Lily, a character inspired by Blacksad protagonist in Fairy Tail, John Blacksad. “I was worried that Guarnido might be angry at me for borrowing from his comic without his permission,” Mashima admitted.

But Guarnido was quick to reassure him that he thought it was “wonderful” and was “honored by the gesture.”

The comments by these two artists at the event demonstrate how creativity in the worlds of manga and comics has been spurred by influences that span national borders and generations.

Mashima Hiro
Born in Nagano Prefecture in 1977. Found success with the manga series Rave Master, which he began writing at the age of 21, the year after his professional debut. The series was later adapted to an animated TV show. The Fairy Tail series has continued since 2006; it now includes a total of 40 paperback volumes and has been translated in many countries. 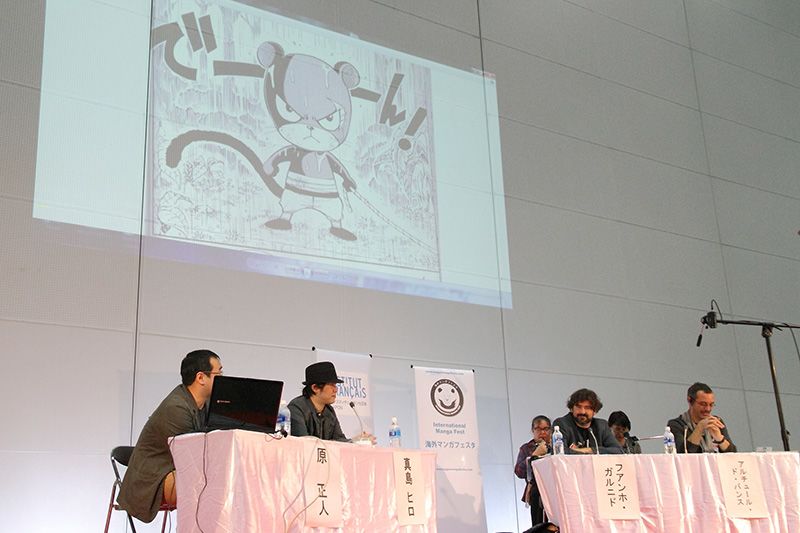 The character Panther Lily, which Mashima based on Guarnido’s character John Blacksad, is projected on the screen during the “live talk” event held at the second International Manga Fest.