Culture Lifestyle Jul 7, 2016
Randoseru backpacks are a familiar sight in Japan, where they are universally associated with elementary school. Who would have imagined they would become a highly sought-after adult accessory overseas?

Backpacks are indispensable items for Japanese elementary school children, and getting the right one means planning well in advance. Popular lines of the bags known as randoseru sell out more than six months before the school year begins in April. 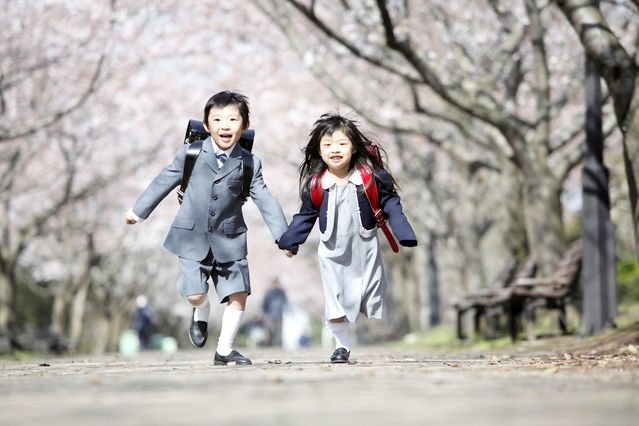 The name randoseru is Dutch in origin. When the Tokugawa shogunate introduced a Western-style military system in the mid-nineteenth century, soldiers were issued Dutch rucksacks—called ransel—for carrying their kits around.

In 1885, Gakushūin in Shinjuku, Tokyo, instructed its young students to bring their supplies to school themselves, instead of having servants carry them. Two years later, in 1887, the young crown prince set an enduring trend when he started school equipped with a military-influenced randoseru. 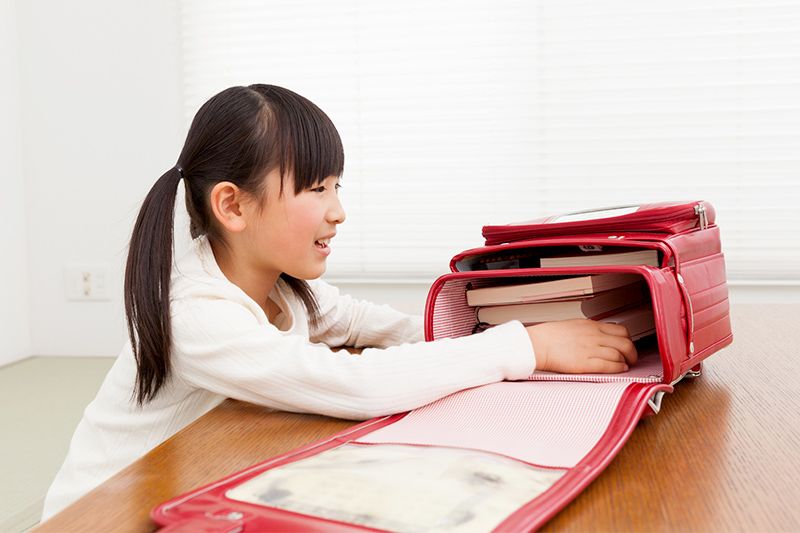 Getting ready for school. (Ekaki/Pixta)

Randoseru are light but sturdy and will typically last through all six years of elementary school. The peak sales period is in August, months before the start of the school year. Department stores, supermarkets, and specialty shops start displaying the newest lineup around May or June; each year the bags seem to go on sale a little earlier. The most popular items may sell out as early as autumn.

“First of all, grandparents, parents, and children come to the store on a weekend or holiday to actually try the bags out,“ explains Odashima Junko, general manager for bags and accessories at the major chain Aeon Retail. ”Typically, parents and children come again to reserve or buy their bag during the Obon holiday in July or August.” Odashima notes that the recent popularity of “normcore” (simple, basic) fashion has influenced randoseru designs, which must appeal above all to young mothers, the most frequent purchasers of randoseru.

Aeon has 240 stores featuring sections dedicated to randoseru. Prices range from ¥30,000–¥150,000, with the average falling in the ¥50,000 range. There are 103 basic models in 24 colors. Custom orders, by which purchasers personalize the material, straps, threads, clasps, and more, are also popular; these allow for over a million variations. 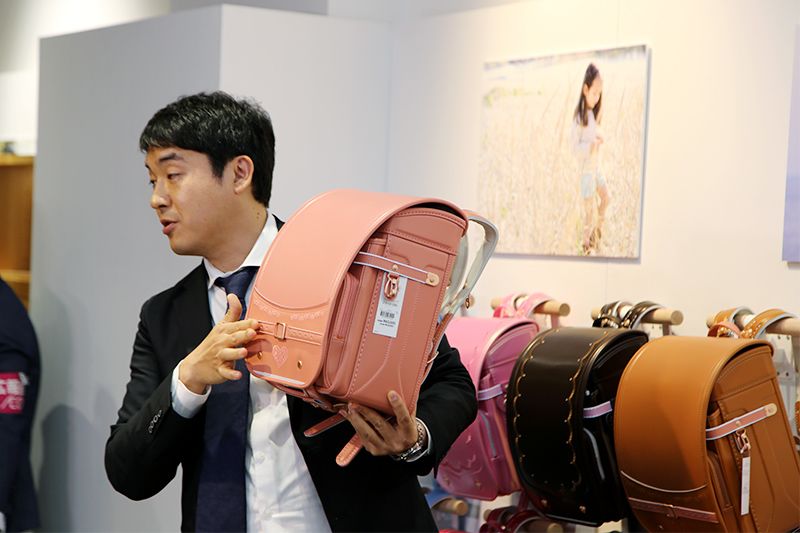 Luxury brands from designer bag stores occupy a growing niche in the randoseru market. Last year, Kabankōbō Yamamoto sold out its entire stock of 13,000 brand-name randoseru—mostly priced at around ¥60,000—just one month after it launched the bags in June. Rival Tsuchiya Bag’s lineup was sold out by the middle of September.

In 2015, with just over a million children preparing to start elementary school, Funai Consulting estimated the total randoseru market at ¥50 billion—nearly double the ¥27.5 billion posted in 2005. Financial backing from “six pockets”—two parents and four grandparents—is often cited as a factor supporting high prices. When children make their elementary school debut, family members want them to have high-quality bags they can be proud of. This is the psychology that sustains Japan’s randoseru market.

From Italy to Hollywood

Lately, these durable, utilitarian satchels, with their simple but timeless design, have begun winning fans overseas, where they are being marketed as adult fashion accessories.

In March 2014, paparazzi snapped actress Zooey Deschanel in New York with a bright red randoseru on her back, sparking new interest in the bags. However, the roots of their burgeoning popularity in the West go back a little earlier, to 2011.

Ohba is a long-established Japanese bag maker with a reputation for excellence; it provided the randoseru for Princess Aiko, daughter of Crown Prince Naruhito. At the recommendation of an overseas buyer, Ohba entered its randoseru in the prestigious Italian men’s fashion event Pitti Immagine Uomo. The bags received accolades not only from Vogue Italia and the fashion press but also from newspapers like Corriere della Sera. Thus the Japanese schoolbag assumed a new identity overseas as a strong, high-quality, all-purpose backpack with an innovative design. By 2013, a Milan department store was selling 40 kinds of randoseru for men, while a Russian store featured over 100. 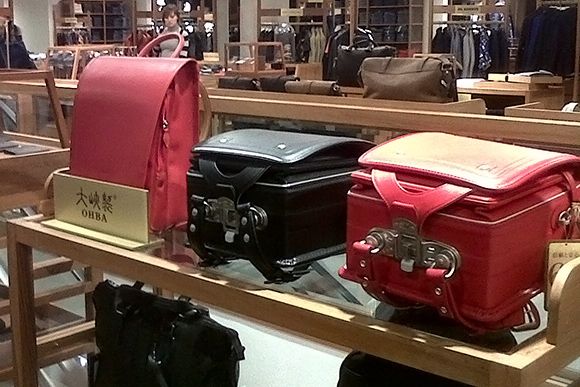 “I heard that when the bags went on sale in Milan, Hermès employees were among the first to buy them,” notes Ōba Kōzō, speaking on behalf of Ohba Corp. “For them, our randoseru were eye-catching and innovative, and their hand-sewn craftsmanship went well with other high-end products. The bags have a simple design. They would be even more appealing to discerning European customers if we made them with materials like cordovan or European kip leather.” In contrast to the Japanese idea of randoseru as utilitarian book satchels for children, foreign customers tend to view them as sophisticated luxury items.

In the autumn of 2014, a retailer by the name of Mono in Tokyo’s Haneda Airport began selling randoseru for adults on a trial basis. Prices were high, ranging from ¥48,000 to ¥63,000. Still, the bags have sold at a rate of about 10 per month. Most of the buyers have been travelers from other Asian countries, who typically take them home as presents for children after checking to be sure that they are made in Japan. But one French woman in her fifties snapped up a red randoseru at ¥63,000, commenting “It’s sturdy and perfect for a computer.” The bags also accommodate A4 documents, with no need for folding. Padding on the back and adjustable shoulder straps make them comfortable to wear. 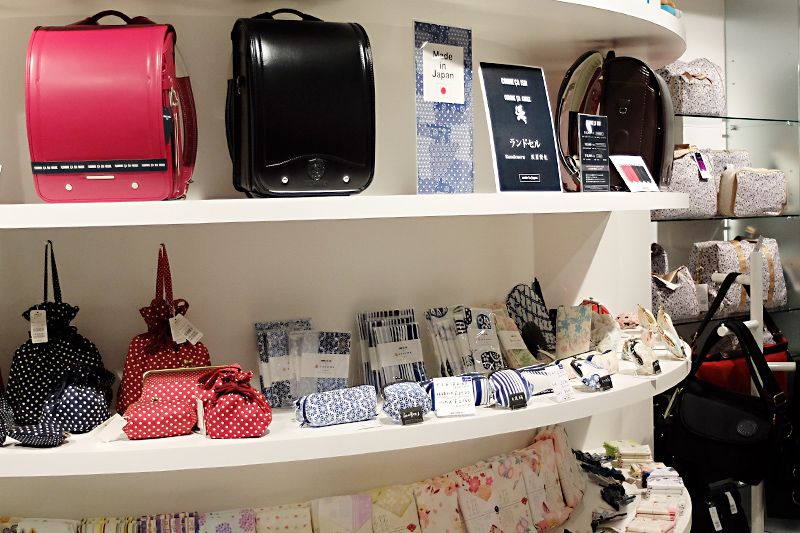 Over the years, randoseru makers have continued to hone their craft and seek ways to keep improving their bags. Their efforts to make the satchels lighter, more durable, more comfortable, and more attractive have laid the groundwork for their international success.

Within Japan, meanwhile, this global attention has helped shine a light on the skill and dedication of the artisans who make the bags and has led to renewed appreciation of their quality. And so continues the transformative journey of the randoseru—the latest example of contemporary Japanese culture to make inroads overseas.