Beyond Fiction: The Real Ninja

Culture Sep 20, 2017
Recent research aims to uncover what the ninja were really like, using historical methodology to establish an authentic picture.

Japan’s ninja have become pop culture heroes in books, films, and anime. But some historians are trying to go beyond the image of superhuman masters of stealth who leaped walls and felled their enemies with shuriken blades before vanishing into thin air. The importance of secrecy to ninja—generally known as shinobi at the time they were active—means that there are relatively few written records. Even so, recent research aims to dispel mysteries and get closer to the reality of these compelling figures. 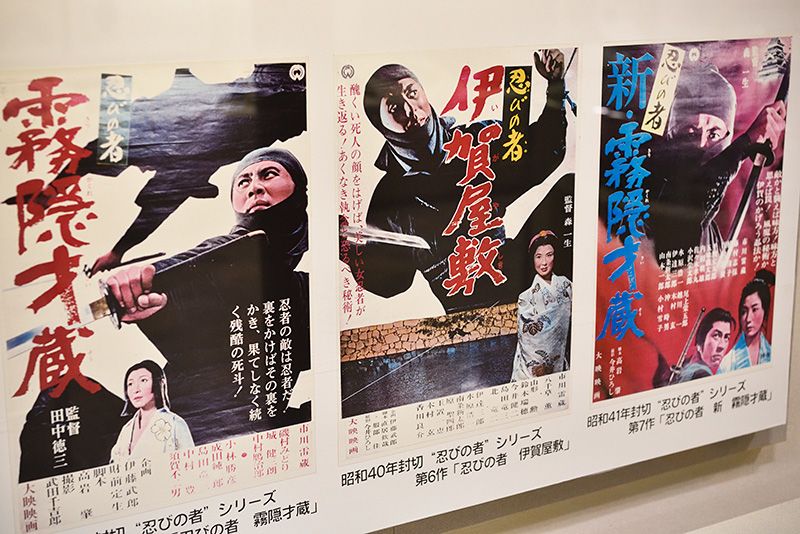 Posters from the 1960s Shinobi no mono hit series of ninja films, on display at the Ninja Museum of Igaryū in Iga, Mie Prefecture.

The most famous ninja villages were Iga in Mie Prefecture and Kōka (sometimes known as Kōga) in Shiga Prefecture, which are separated by only 20–30 kilometers and a few mountains. It took around half a day to walk between them.

In 2012, Mie University in the city of Tsu, to the east of Iga, began serious research into ninja culture as part of regional revitalization efforts. Professor Yamada Yūji is among those taking a historical approach to elucidating what the ninja were really like.

“The only remaining manuals on ninjutsu, the arts of the ninja, are from Iga and Kōka. To understand the ninja, we have to investigate these cities,” he says. 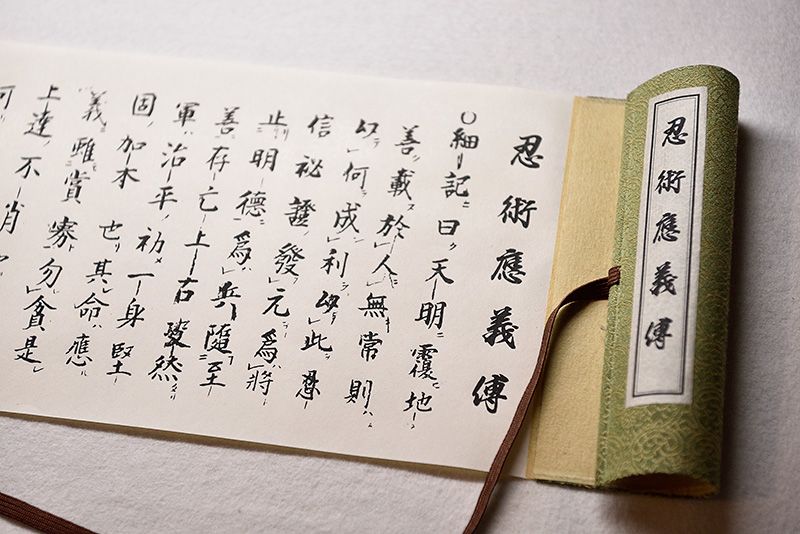 A ninjutsu manual on display at Kōka Ninja House.

According to one theory, ninja emerged when locals were recruited for battle during the Warring States period (1467–1568). However, the Kōka ninja are thought to have developed from earlier groups opposing the establishment of private shōen estates. The Iga ninja are also believed to have their origins in the akutō outlaw warrior bands that skirmished with landowners.

Both villages are near Kyoto, so it was easy for them to get the latest news from what was formerly the Japanese capital. At the same time, their mountainous locality was suited to intelligence activities, as internal information was less likely to leak out. It was also a good place for physical training. Because it was difficult for the daimyō (feudal lord) to exercise control of the terrain, autonomous groups steadily grew in strength.

In fiction, the two groups are often presented as deadly rivals, but they actually had close ties. As well as being connected by marriage, they regularly shared information. In 1579, Oda Nobukatsu, the son of the great warlord Oda Nobunaga, launched an assault on Iga, which the ninja resisted with kajutsu (fire and explosive techniques) and nocturnal ambushes. “Naturally the Kōka ninja fought alongside them in the battle,” Yamada explains.

In 1582, Nobunaga was betrayed and forced to commit suicide, leaving his faction temporarily leaderless and vulnerable. At this time, Tokugawa Ieyasu—who would ultimately win control of Japan and establish a new shogunate—escaped over the Iga mountains to his home province of Mikawa (now Aichi Prefecture) under the protection of the Iga and Kōka ninja. Much impressed, Ieyasu continued to make use of the ninja’s services, such as by making them guards at Edo Castle. On hearing of their exploits, other daimyō also hired ninja bodyguards. This is why place names connected to Iga and Kōka are now found all over Japan. 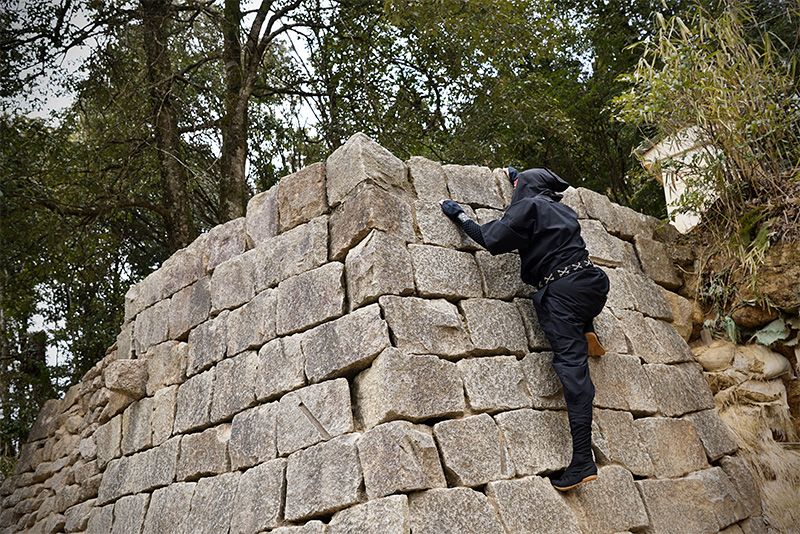 “In the mornings, people in Iga and Kōka worked on family business like farming,” Yamada says. “Then in the afternoons, they gathered for training in preparation for their ninja duties.”

The overriding mission of the ninja was to gather information about the enemy and convey it to their lord. This meant avoiding conflict as far as possible and escaping with that intelligence. In hostile territory, there was no knowing when they might be attacked or what would happen. Their daily training was not on attacking and overcoming enemies, but focused rather on improving defensive techniques for getting away in one piece.

As well as boosting muscle strength and endurance, they sought thorough mastery over their bodies and breathing to maximize physical abilities. Mental toughness was also required to complete dangerous tasks. Through their daily training, they developed the flexibility of mind to remain steadfast in any situation and respond appropriately. 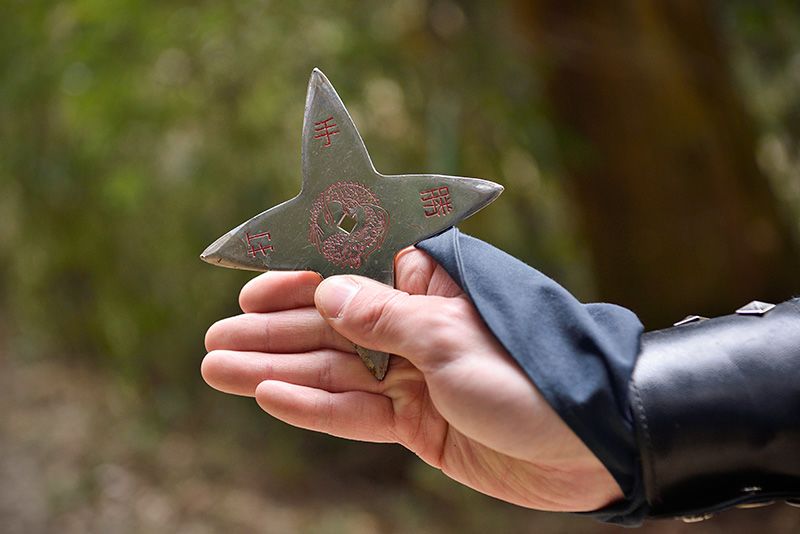 Ingenuity and curiosity also supported ninja activities. As well as honing their skills, the groups gathered and applied knowledge, devising ninjutsu that might be called the art of survival. This often involved skillfully exploiting psychological blind spots, such as when concealing oneself from enemies.

“The Iga and Kōka ninja knew a great deal about gunpowder and medicine,” Yamada explains. “Because they were near Kyoto, it was easy for them to learn about firearms, while they acquired medical knowledge from itinerant monks. They also studied Buddhist and other texts, showing their deep love of learning. Knowing that alterations to the composition and materials used in making gunpowder produced different effects, they are thought to have conducted regular experiments. This meant that they could create scientifically based tools like torches that were resistant to wind and fires with signal smoke that flew straight upward.” 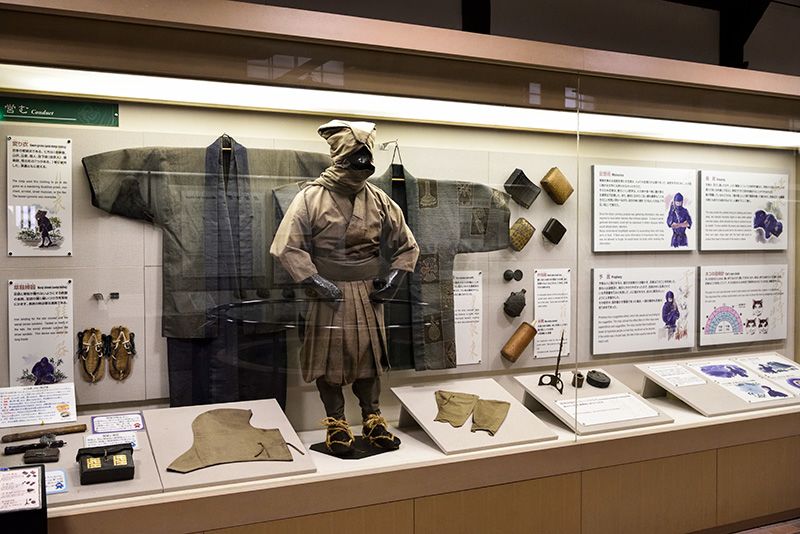 Ninja clothing and tools were highly practical, with many uses. Photograph taken at the Ninja Museum of Igaryū.

The ninja were not superheroes. “They had great strength to live, and they were trained to survive,” Yamada states, based on his research. “The world has become too convenient, and if it goes on, people may be unable to do anything for themselves. The ninja were industrious, resisted adversity, and always tried to win through. I think there are a lot of things that people today, who are lacking in vitality, can learn from them.” 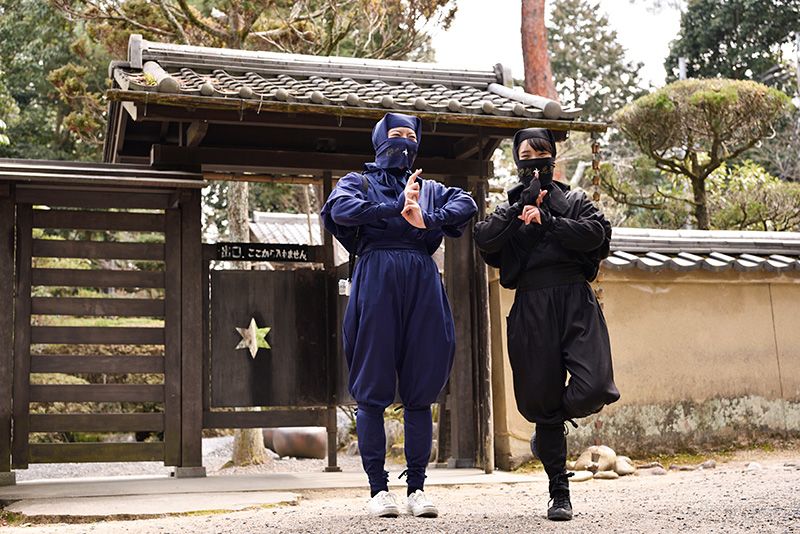 At the Ninja Museum of Igaryū.