Culture Oct 10, 2018
Mechanical massage chairs have been soothing weary bodies in Japan for more than 60 years. Leading maker Fujiiryōki shares how the devices have evolved over the decades from the first simple models to today’s high-tech machines.

Relaxation Worth the Price

Anyone who has sat in an automated massage chair knows it is like having a team of expert masseuses at your beck and call. These high-tech machines expertly wield pads and rollers to gently work out the kinks and knots accrued over a busy day. Although they are big-ticket items—top-of-the-line models in Japan go for more than ¥400,000—for many people, the stress relief is worth the cost.

“They’re a perfect fit for any home,” exclaims Nakai Tadahito, president of medical device maker Fujiiryōki. “Models have such a range of options that each member of the family, young or old, can choose individual preferences and enjoy a one-of-a-kind massage.”

Founded in 1954, Fujiiryōki is the first company to successfully mass-produce massage chairs. It has since remained a market leader, earning fans domestically and overseas with products like its Cyber Relax, a high-end series boasting such features as an automatic body scan that provides users with a customized massage. In 2017, the firm was the top-selling brand of chair at Japanese home electronics stores. 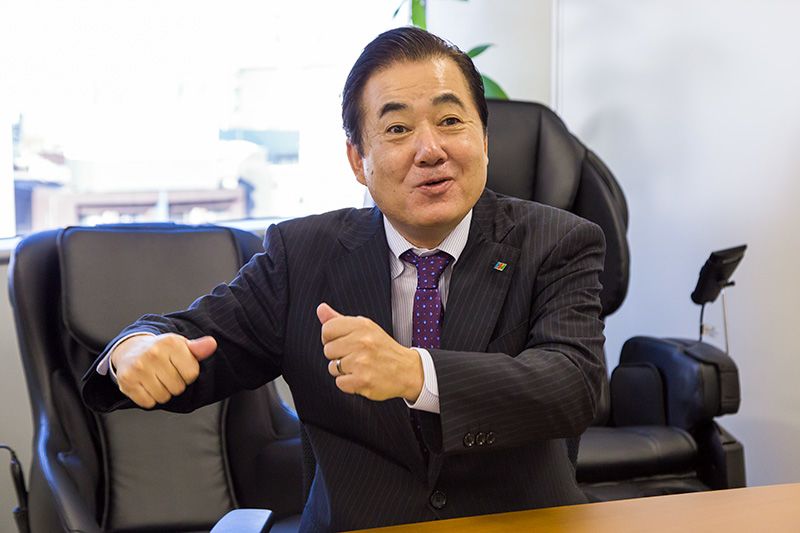 In Japan roughly 10% of households own massage chairs, a figure that continues to rise. The devices are also commonly found in locations like sports gyms, medical facilities, airports, and hotels—often with people sitting in them “oohing” and “aahing” in ecstasy.

Mizuguchi Takashi of Fujiiryōki’s marketing division explains that the automatic features of the massage chair won people over from the start. “Users of the first model had to move around and match up the rollers to the spot they wanted massaged, but this didn’t detract from the enjoyment of getting a mechanical rubdown. Nowadays, of course, you just push a button and the chair does all the work.” 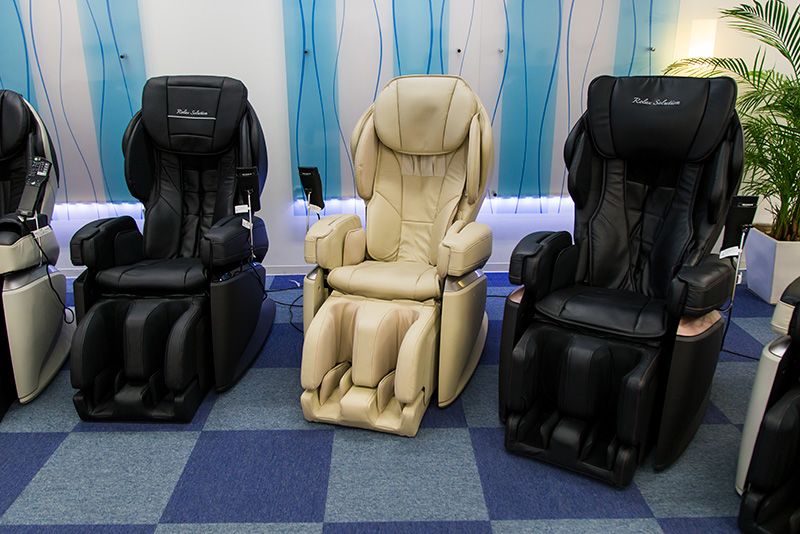 Various models of Fujiiryōki massage chairs. The Cyber Relax AS-1100 is at center.

From Scrapheap to Showroom

The first massage chair was thought up by Fujiiryōki founder Fujimoto Nobuo, who hatched the idea while making the rounds at public bathhouses as a seller of scrub brushes. While visiting a client one day, Fujimoto watched a professional masseuse at work in a changing room. Impressed by the enjoyment people received from the massages, he was inspired to create an automated version of the service.

Fujimoto cobbled together the first prototype using parts like bicycle chains and car steering wheels scavenged from a nearby scrapheap and rubber baseballs for the rollers. He gradually worked out the bugs of his contraption, settling on a final version that featured manually adjustable, two-way rollers. 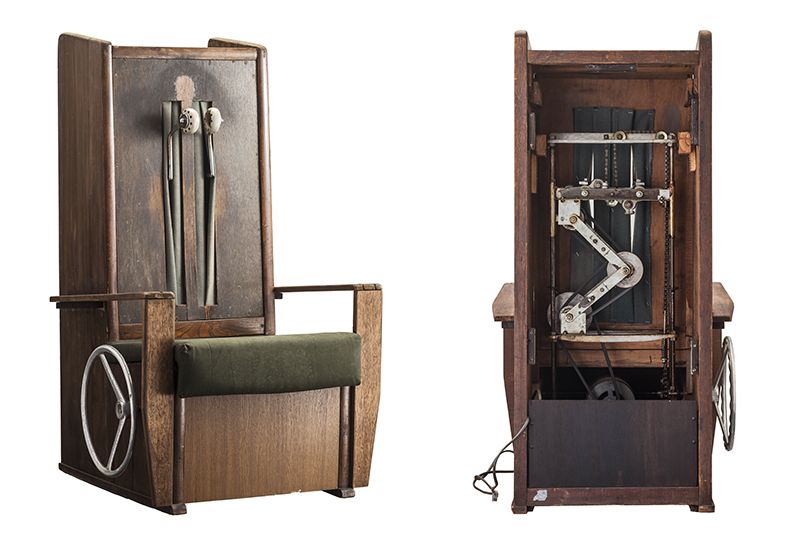 After Fujimoto worked out how to mass-produce his massage chairs, he and his son began carting them around to sell at bathhouses. The chairs were well received by owners, even with their steep ¥70,000 price tag, as they offered a regular source of income on top of the standard ¥15 entrance fee collected from customers.

“Bathers could drop in a ten-yen coin and enjoy a three-minute massage,” Mizuguchi explains. ”After an initial trial period, most bathhouse owners recognized the money-earning potential of the chair and opted to buy one.” 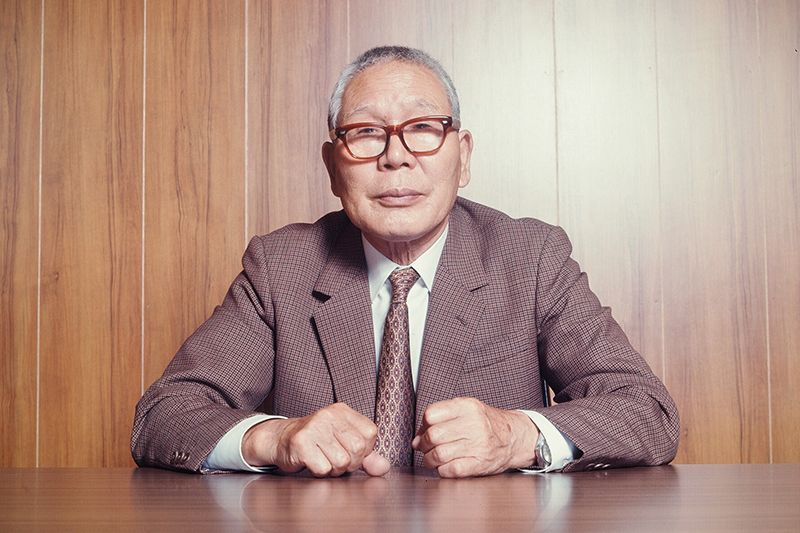 Fujiiryōki founder Fujimoto Nobuo. He launched the company with a four-man team: him, his wife and son, and a salesman. (Photo courtesy of Fujiiryōki)

Changing with the Times

As Japan’s economy grew from the 1950s onward, the clientele of  bathhouses began to dwindle as more homes became equipped with bathrooms. Fujimoto saw this trend coming, though, and got to work developing products aimed at individual consumers. Fujiiryōki originally offered two versions of its chairs, one that kneaded and another that tapped away stiffness. In the 1970s, the firm launched the Kāsan, meaning “mother,” its first model combining the two modes. Unlike the no-frills design of earlier machines, the chair had a modern look and removable rollers, helping the massage chair transition from the bathhouse to the family room. 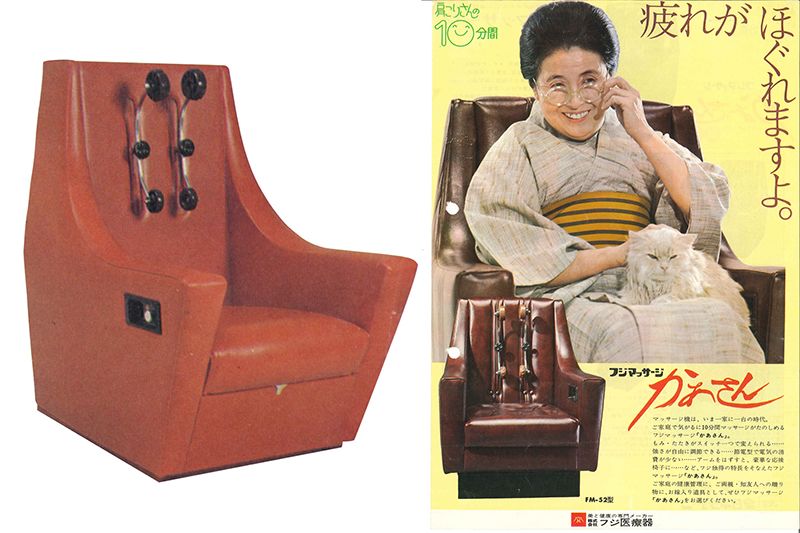 Fujiiryōki continued developing its chairs, adding features like a rolling stroke and reclining options. The emphasis long remained on shiatsu-style massage, but in 1995 the firm introduced its first model equipped completely with inflatable airbags, giving customers a whole new massage experience. “Instead of putting pressure on  specific points like in Shiatsu,” explains Mizuguchi, “the airbags provide a broad, pressing massage.” It was also the first chair to have a massage-capable footrest. 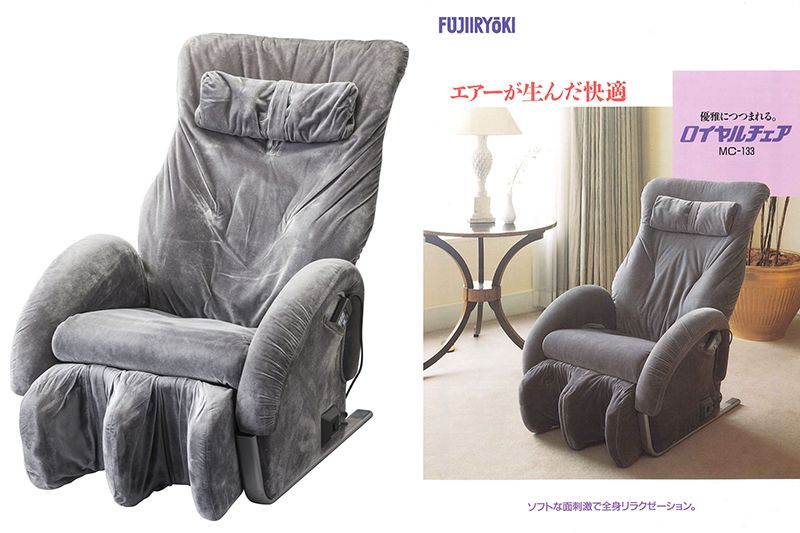 The Royal Chair MC-133 was the first model with a footrest and massaging airbags. (Photo courtesy of Fujiiryōki)

In 2001 the firm launched a model combining its roller and airbag technology, going on to combine these with features like body scanning and automated massage programs that have since become standard specs.

Fujiiryōki’s latest model shows just how far the company has come since releasing its first massage chair six decades ago. Launched in 2017, the Cyber Relax AS-1100 boasts 85 different kneading techniques, 21 automated programs, and 12 region-specific massages, along with other options that give users a full-body experience.

Nakai says the introduction of features like stretching functions and analysis technology has broadened the role of chairs to include health management. “People can use the stretching and heated massage programs to warm up or cool down when exercising, as well as when going to bed and waking up.” These options can also be combined with the auto massage function to aid treatment of certain physical conditions by keeping the body loose and preventing symptoms from flaring up. 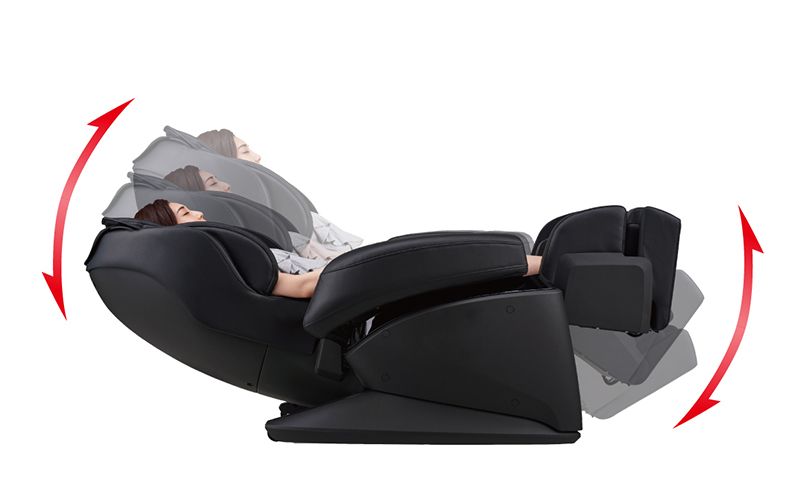 The steady pace of their technological advancement has made massage chairs more attractive to users of all ages, men and women alike, and is beginning to win them mindshare in overseas markets as well. Mizuguchi admits that the devices still fall short of the pleasure that a talented human masseur can offer, but is looking forward to future developments in the product space that will help Fujiiryōki catch up still more.

The next frontier, says Mizuguchi, is what he calls preventative massage. “Chairs will soon be able to track what time of the month people are most tense and automatically run programs focusing on areas of the body that are most likely to be tight.”

He says Fujiiryōki is committed to increasing the number of households that own massage chairs. “To do this, we will continue developing functions suited to the needs of  Japan’s aging society and help people enjoy healthy, happy lives.” 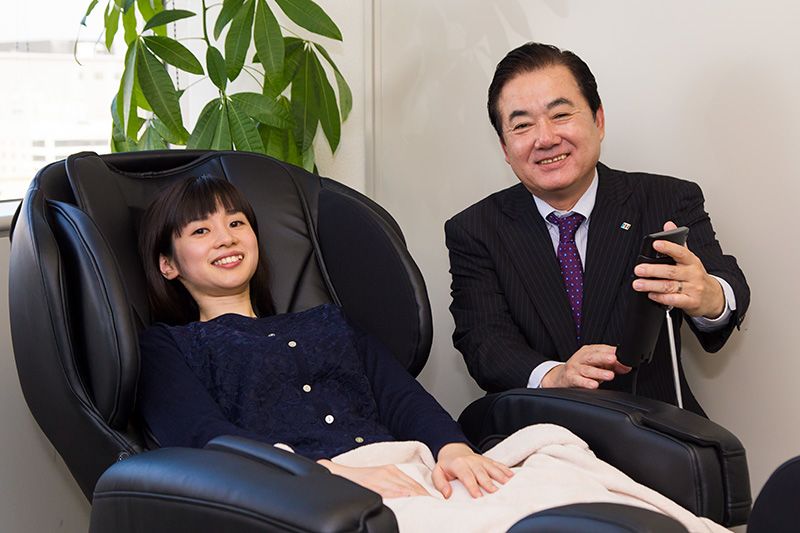 Fujiiryōki President Nakai Tadahito (right) demonstrates the functions of one of his firm’s massage chairs.