Culture Lifestyle Oct 14, 2015
The sixteenth World Kendō Championships took place in Tokyo in May 2015, the first time it had been held in Japan for 18 years. Although many people practice kendō around the world, its complexity prevents it from becoming a genuinely popular global sport.

From Martial Arts to Sports

Competitors from 56 countries and regions gathered at the World Kendō Championships in Tokyo earlier this year to test fencing skills honed through rigorous daily training. Despite the diverse nationalities, though, Japan dominated as ever, with only South Korea providing any challenging opposition; the United States was next strongest, reaching the semifinal stage in both the men’s and women’s team competitions.

By comparison, at the August 2014 World Jūdō Championships in Chelyabinsk, Russia, there were 110 countries and regions represented—twice as many as for the kendō tournament. But kendō is not an Olympic sport, as jūdō is. This is still another measure of how the “way of the sword” has yet to catch on internationally.

Japanese sports that have become international, like jūdō, karate, and sumō wrestling, all originally emerged as martial arts. Practitioners trained both their minds and bodies through the study of the dō—the “way” or philosophy of the art—alongside the jutsu, or technique. These martial arts were rooted in contemporary life as a way of building character. In their combination of the spirit of martial arts with the modern concept of sportsmanship, jūdō, karate, and sumō have histories that differ considerably from those of sports like soccer and baseball. 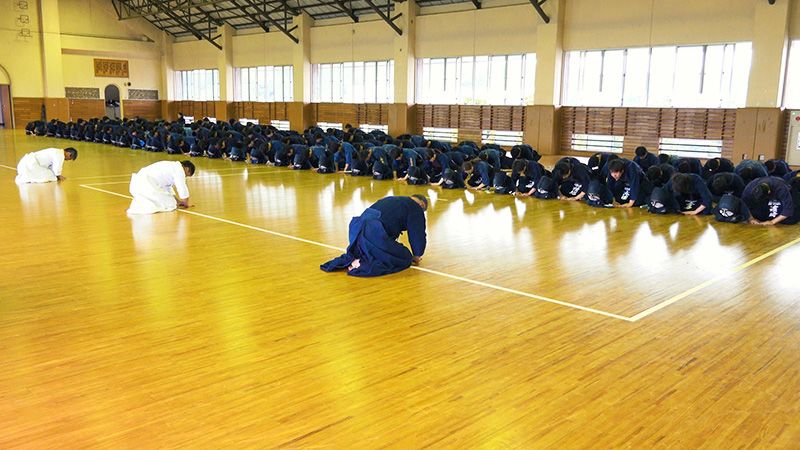 Participants show mutual respect by bowing before they begin and after they finish a practice or competition. 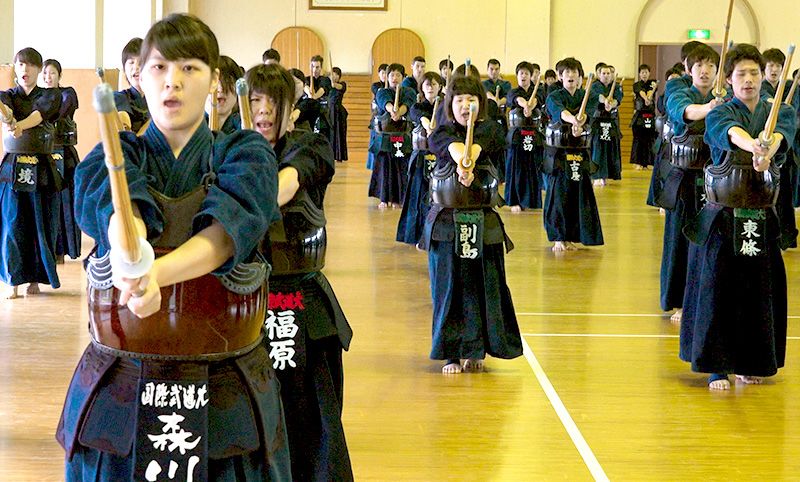 Through arduous training, practitioners develop technique and cultivate the spirit of kendō.

While there are enough competitors, known as kendōka, to hold an international tournament, one reason that kendō has failed to gain global attention is that it is difficult to understand the rules for winning each bout.

As with jūdō, scoring an ippon—one point—secures victory. Jūdō, however, has made numerous changes as it has internationalized to become more acceptable as a sport, while preserving the aspects that make it a martial art. For example, it has introduced the waza-ari, representing half a point, and the yūkō for deciding the result in case of a tie, as well as different colored uniforms to make it easier to follow. The fact that victory is often achieved through throwing the opponent—an easily understood, decisive move—contributes further to making it simple to understand.

In kendō, a strike only counts as an instant victory if it is judged to have been executed with the necessary kihaku (spirit), hasuji (correct blade angle), and taisabaki (body movement)—this unification of spirit, sword, and body is known as kikentai itchi. There is certainly no chance of winning through a lucky hit. But for kendō to become an international sport, it needs to change its rules to make them more flexible and easier to understand. The world of kendō is conservative though, and continues to see the discipline as only a martial art, resulting in slow progress in adapting it into a global sport. 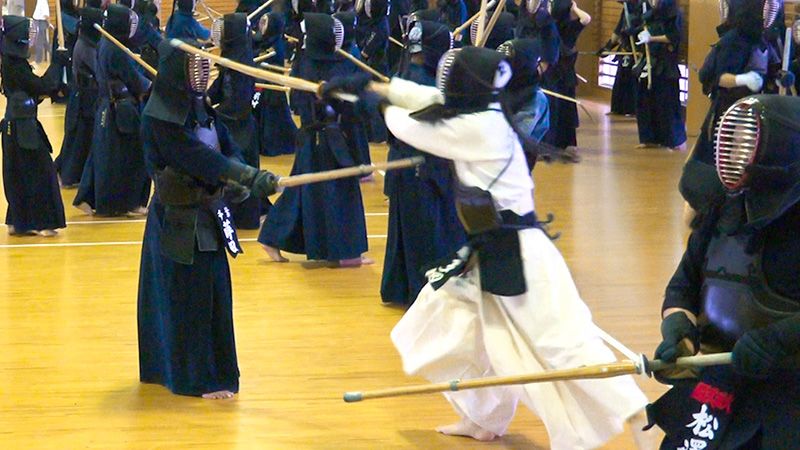 The conditions for victory are vigorous spirit, correct handling of the shinai (bamboo sword), and appropriate body movements.

One institute spreading greater understanding of kendō is the International Budō University in Katsuura, Chiba Prefecture, which trains instructors in Japanese martial arts (budō) and fosters international exchange through teaching these arts. Professor Ijima Akira, who runs the Kendō Club at the university, allowed us to film around 250 students from countries including Russia, China, Switzerland, and Peru, enthusiastically taking part in a training session. The students were highly motivated in their efforts to acquire new techniques.

In the silence before training, as everyone concentrated on focusing mind and spirit, stillness filled the 500-square-meter hall. But when the session began, the action was intense, with uchikomi hitting drills across the space and each ardent movement seeming to unify spirit, sword, and body.