A New Era for Kabuki

A Kabuki Parade Through Ginza

Culture Apr 19, 2013
In late March, dozens of kabuki actors, including well-known names such as Nakamura Tokizō and Ichikawa Ebizō, took part in a large parade through Tokyo’s Ginza to celebrate the official reopening of the Kabukiza theater. See our video of this unprecedented event. 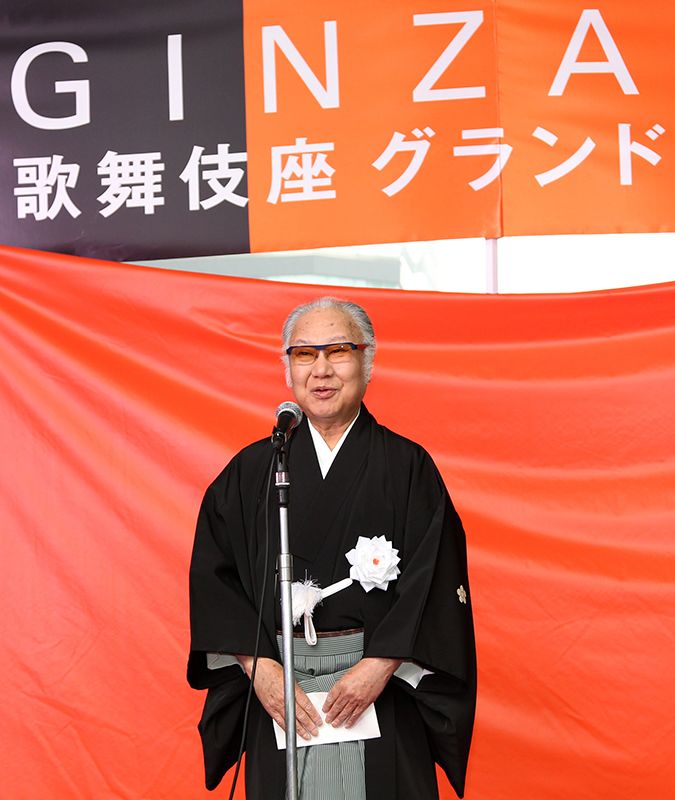 Kabuki veteran and Living National Treasure Sakata Tōjūrō spoke at a ceremony before the parade. “It’s raining today, so we can expect spectators to flood into the Kabukiza,” he joked. “This is a lucky start.” (Photo: Kamoshida Kōichi)

To mark the reopening of the Kabukiza theater in Tokyo’s Ginza district, on March 27 a group of well-known kabuki actors walked through the Ginza streets in a hanamichi procession—so named for the “flower path” extending from the stage through the audience in a kabuki theater, where the actors make their grand entrances. With Japan’s most renowned boulevard as their hanamichi these actors made their way to the Kabukiza for a ceremony that afternoon marking its reopening after a period of renovations.

When kabuki actors take a new name they traditionally make a parade known as oneri to greet their fans. The parade this day was a symbolic oneri for the newly rebuilt theater, taking on its new identity as the fifth in the venerable Kabukiza line.

Sixty-three actors in all took part, including celebrated performers like Nakamura Tokizō, Nakamura Fukusuke, Ichikawa Ebizō, Onoe Kikunosuke, and Nakamura Kankurō. At the head of the procession were traditional kiyari firemen, a group that dates back to the Edo period (1603‒1868). The parade proceeded 400 meters southwest along Ginza’s Chuo-dōri (also known as Ginza-dōri) past ritzy department stores and high-fashion boutiques. According to Ōtani Nobuyoshi, chairman of the kabuki production company Shōchiku, an oneri parade with such a large number of kabuki actors was unprecedented. Even for Ginza, which has been home to the Kabukiza for around 125 years, this was a first. Despite rainy weather, around 32,000 spectators packed the sidewalks and cheered the “oneri of the century”.

Days of Ceremony to Celebrate

The Kabukiza opening ceremony took place that afternoon. During the ceremony, Matsumoto Kōshirō, Nakamura Baigyoku, and Onoe Kikugorō acted in the Kotobuki-shiki sanbasō to celebrate the reopening of the theater’s doors. (This dance has been performed since the Edo period to pray for a peaceful nation with bountiful harvests. It was also staged at the opening ceremony of the fourth Kabukiza in 1951.) Afterward, senior Shōchiku executives joined 99 kabuki actors on stage to greet the invited guests.

On the next day, March 28, another event took place: the koshiki kaoyose teuchi-shiki, or “traditional ceremony of gathering and clapping.” During this event, whose history also goes back to the Edo period, kabuki producers and actors meet musicians, stage carpenters, and other theater staff to celebrate the confirmation of upcoming productions with ceremonial rhythmical handclapping. For this teuchi-shiki a crowd of around 210 people came on stage to mark the theater’s reopening. 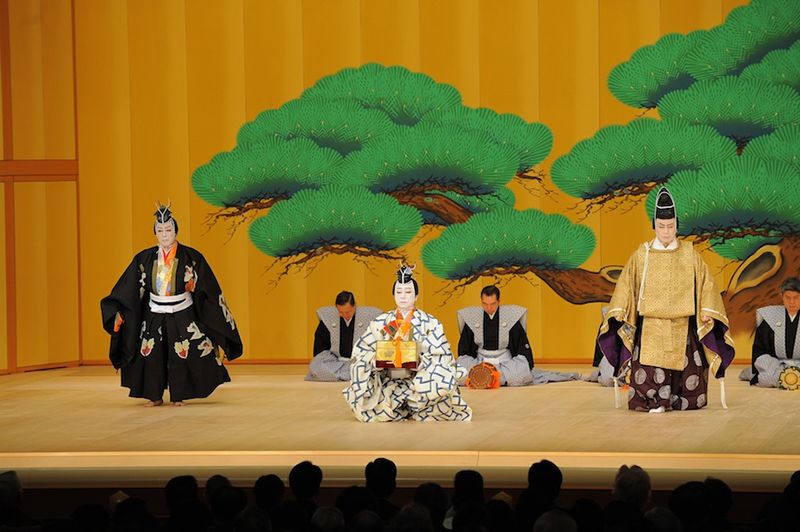 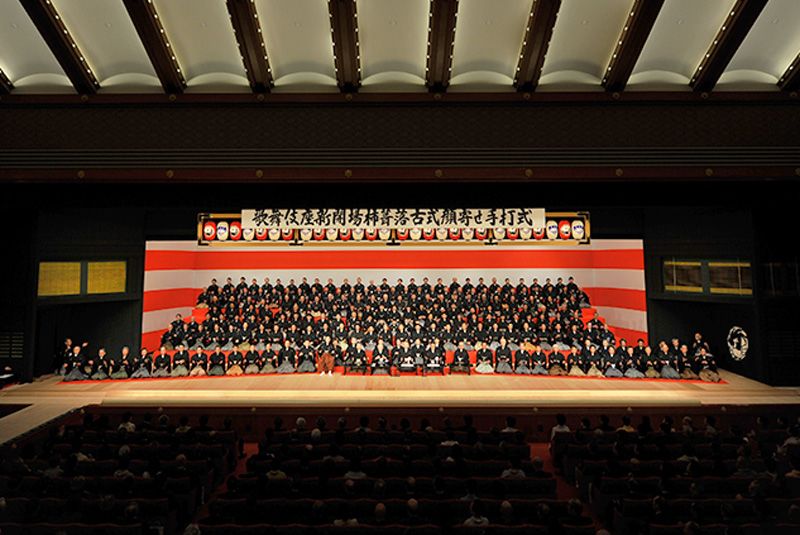