Foreign Tourists Flock to the Gates of Fushimi Inari Shrine

Travel Jan 29, 2015
The vermilion torii gates of Fushimi Inari Shrine are a major draw for foreign visitors to Japan, who ranked it the country’s top tourist spot in 2014 according to the travel site TripAdvisor.

Foreign visitors to Japan ranked Fushimi Inari Shrine in Kyoto as their favorite tourist destination in 2014, according to results published on the Japanese version of the travel site TripAdvisor. It came as a surprise to many Japanese commenters that the shrine placed first, while Mount Fuji, the Nikkō Tōshōgū Shrine, and other UNESCO World Heritage sites were not even ranked among the top 30 on the list. Fushimi Inari Shrine’s long tunnels of vermilion torii gates are the main attraction for overseas tourists, many of whom see them as typically Japanese. The shrine’s free admission and the chance to enjoy hiking also have contributed to its popularity.

The shrine, which is believed to have been built at the beginning of the Nara period (710–794), is the head shrine for 30,000 shrines nationwide dedicated to Inari, the fertility deity, which are easily recognizable for their statues of foxes. The main hall is located at the foot of the Inariyama hill, and the whole of Inariyama is considered sacred ground. The total area covers over 870,000 square meters, around 22 times larger than the nearby Kōshien baseball stadium outside Kobe.

Fushimi Inari Shrine is a short walk from Inari Station, which itself is just a five-minute train ride from Kyoto Station. It is the most popular destination for the first shrine visit of the year in the Kansai area, and around fourth or fifth in Japan, attracting 2.7 million pilgrims annually.

The brilliant vermilion of the gates that enrapture foreign tourists forms a stunning contrast with the green of the surrounding scenery. The bright-red pigment, originally made from cinnabar or mercury sulfide, has been used since ancient times as a wood preservative was thought to ward off supernatural powers.

Fushimi Inari Shrine is said to have more than 10,000 torii. The practice of offering new gates in gratitude for answered prayers became common in the Edo period (1603–1868). Although many gates are dedicated by companies and organizations, it is also possible to make individual offerings, with prices currently ranging from ¥175,000 to ¥1,302,000.

While the gates set camera shutters endlessly snapping, what is odd from a Japanese perspective is that foreign tourists prefer to take pictures of the backs of the gates rather than the fronts. For these visitors, the name of the sponsor and date of dedication, written in Japanese on the back of the torii, add an extra “cool” touch.

The Hiroshima Peace Memorial Museum was second on the TripAdvisor list, followed by nearby Itsukushima Shrine in third; while the temples of Kinkakuji in Kyoto and Tōdaiji in Nara placed fourth and fifth. 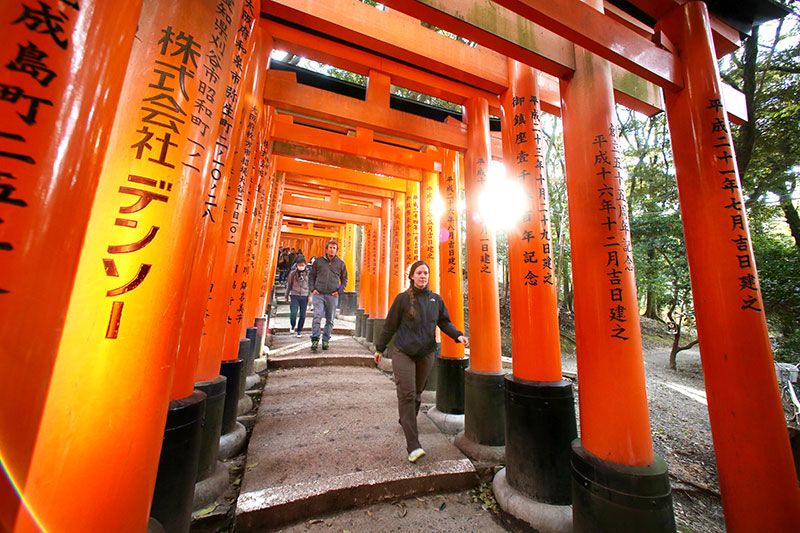 Tourists walking through the torii gates. 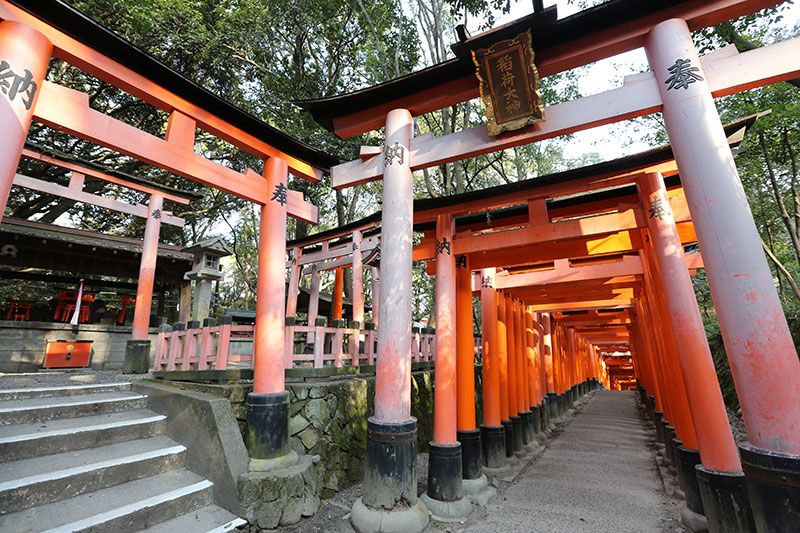 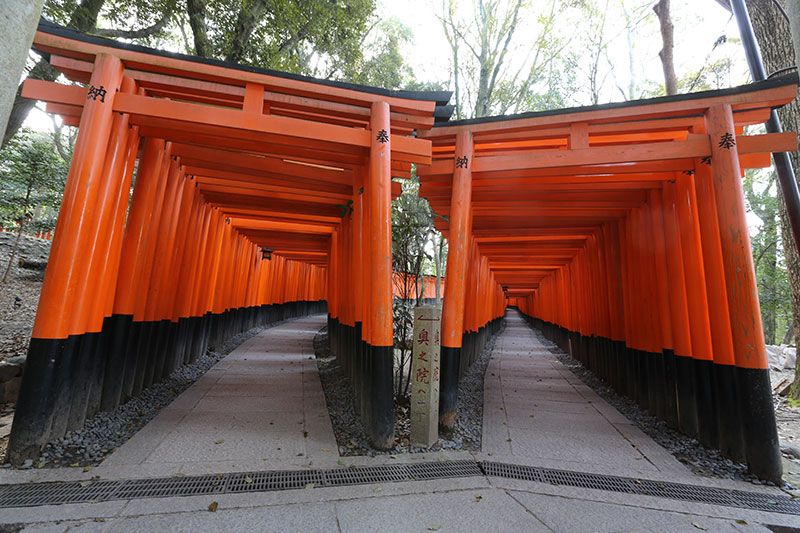 The paths split here, but join again later on. 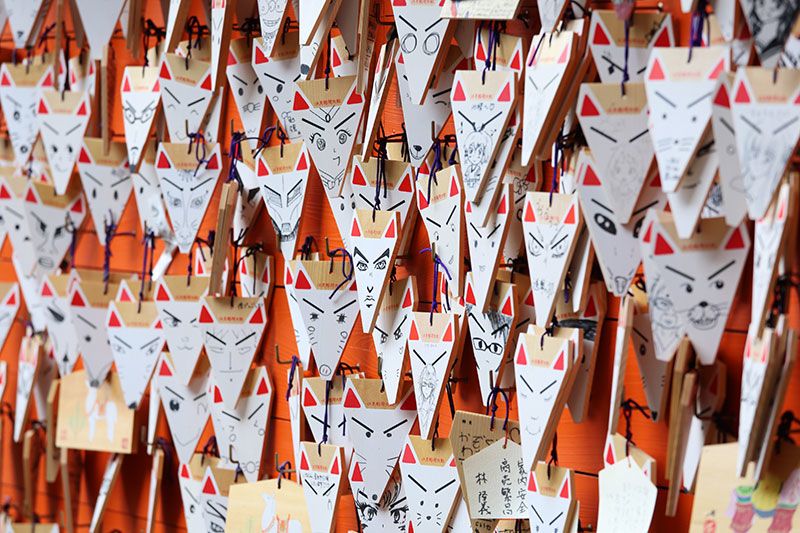 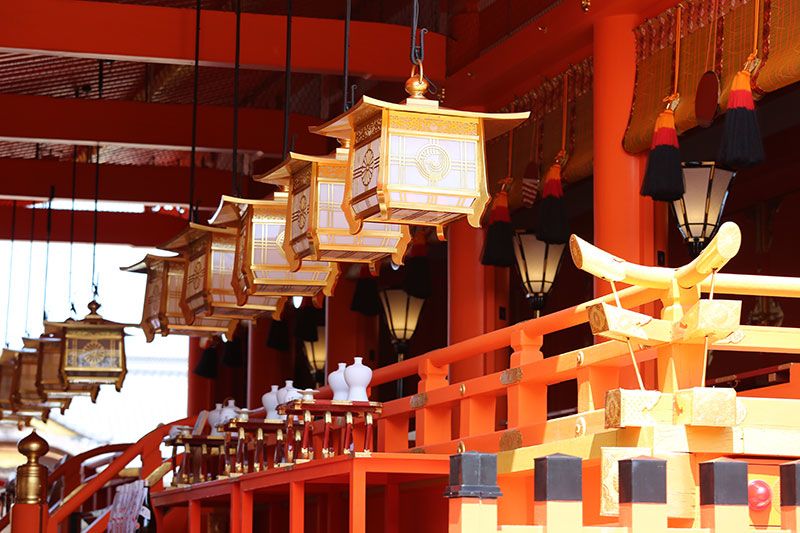 The main hall of the shrine. 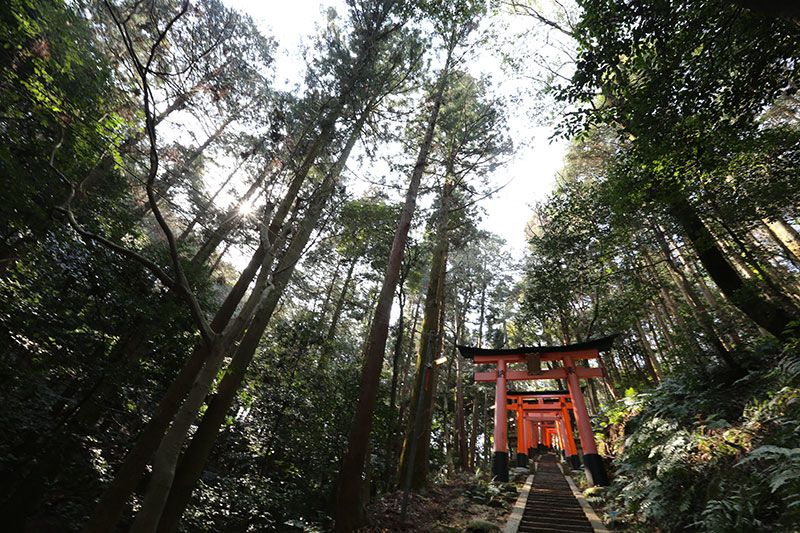 Near the top of Inariyama hill. 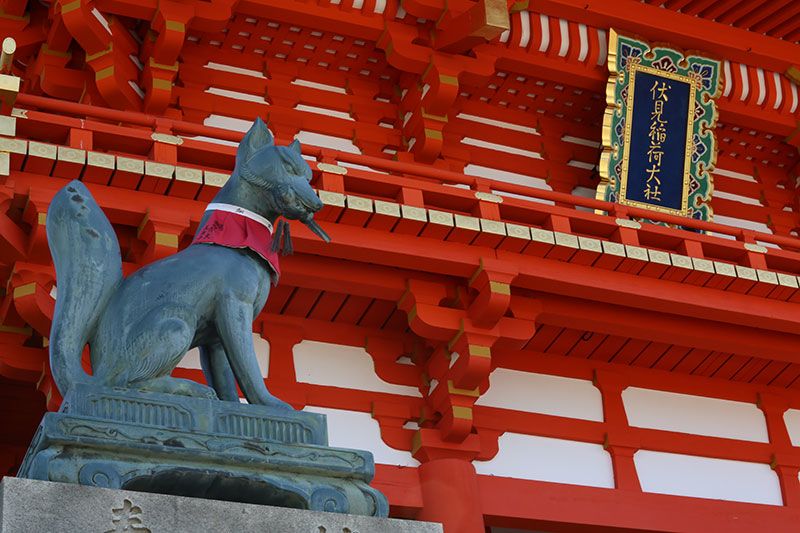 Statue of a fox at the Rōmon gate. Foxes are considered to be messengers of the deity Inari. 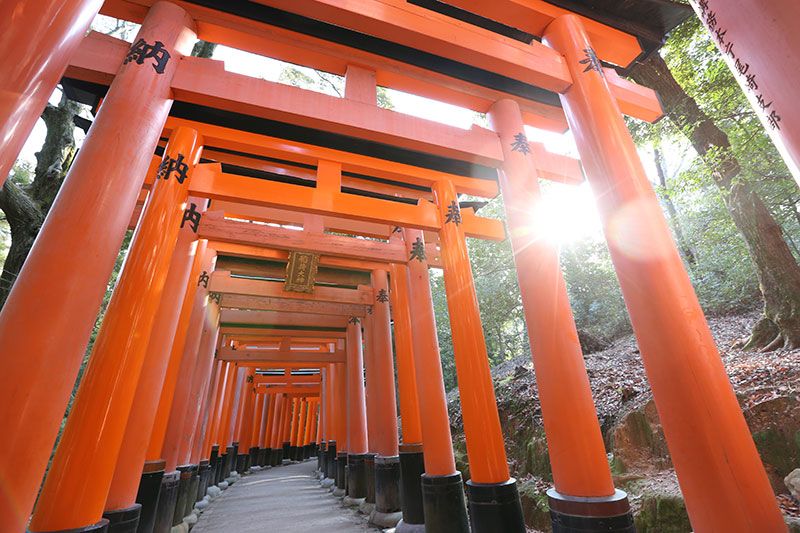 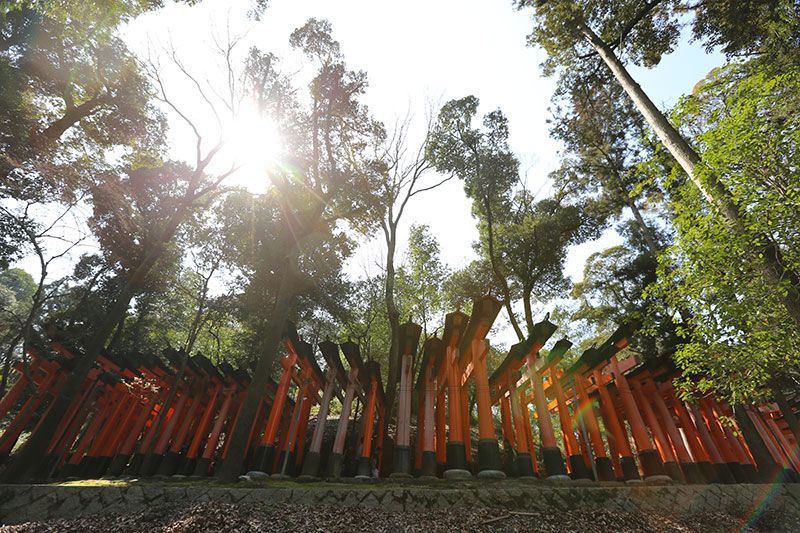 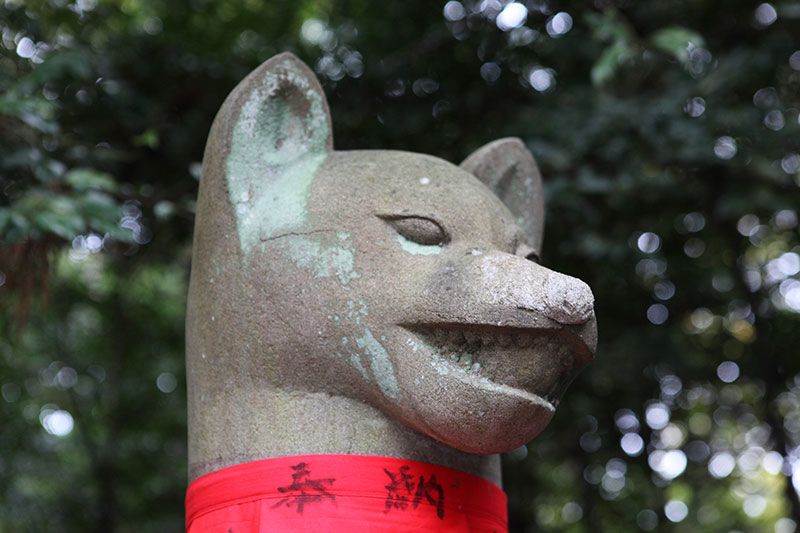 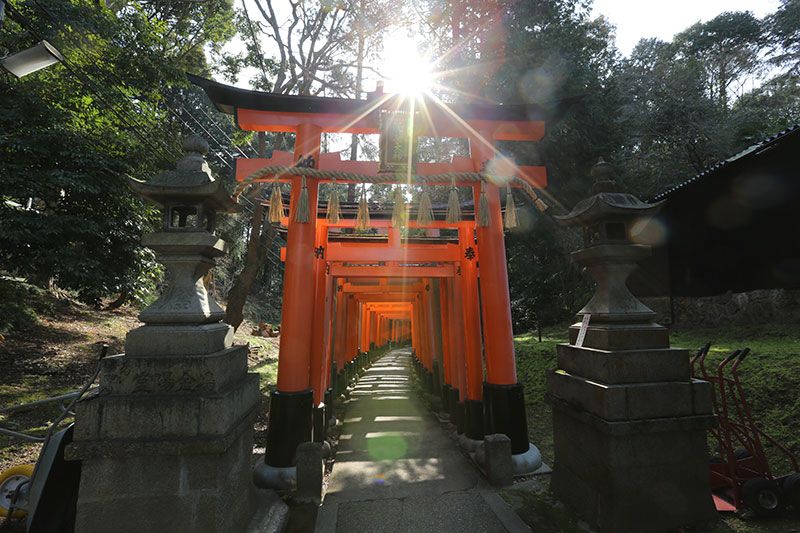 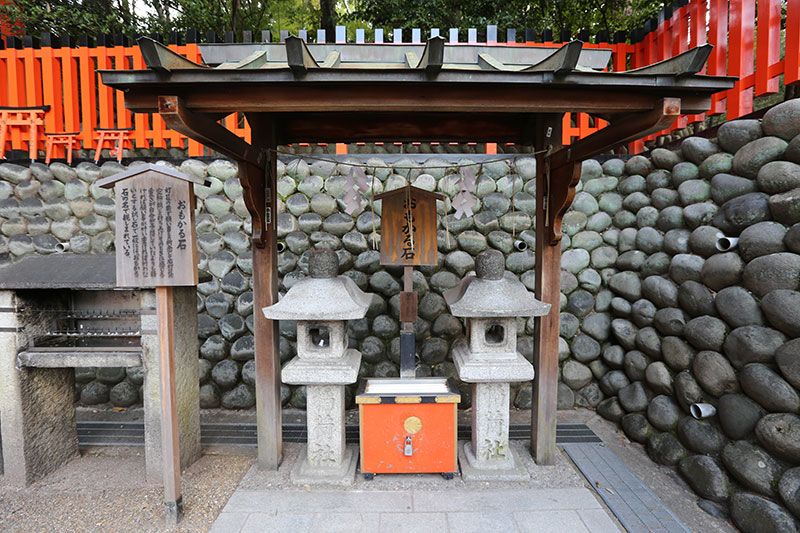 The Omokaruishi (literally “heavy-light stone”); it is said that if it feels light to those who try to lift it, their prayers will be answered. 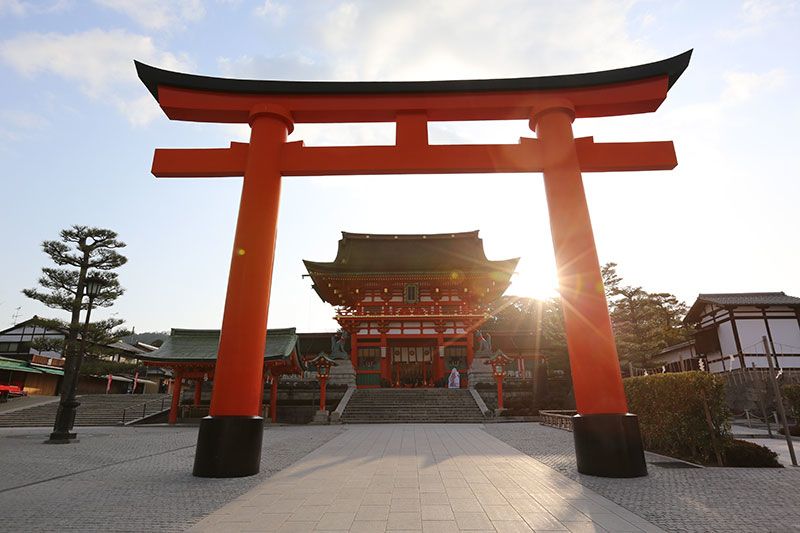 The second torii and the Rōmon gate. 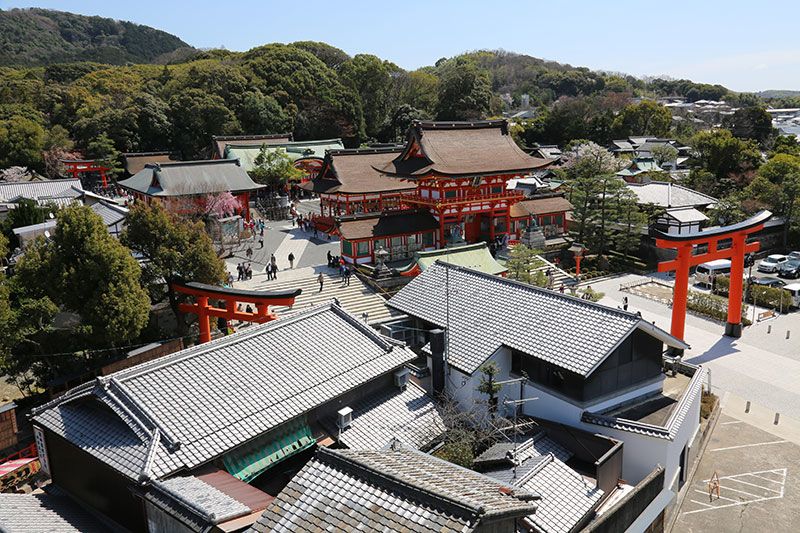 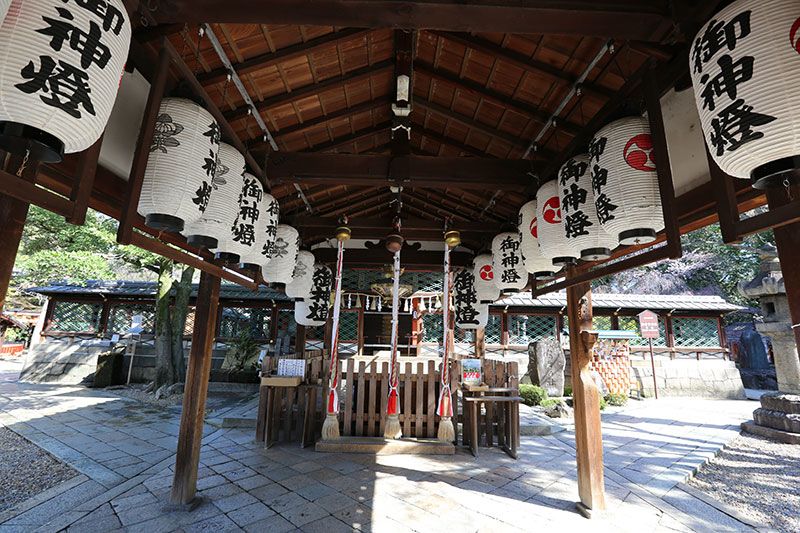 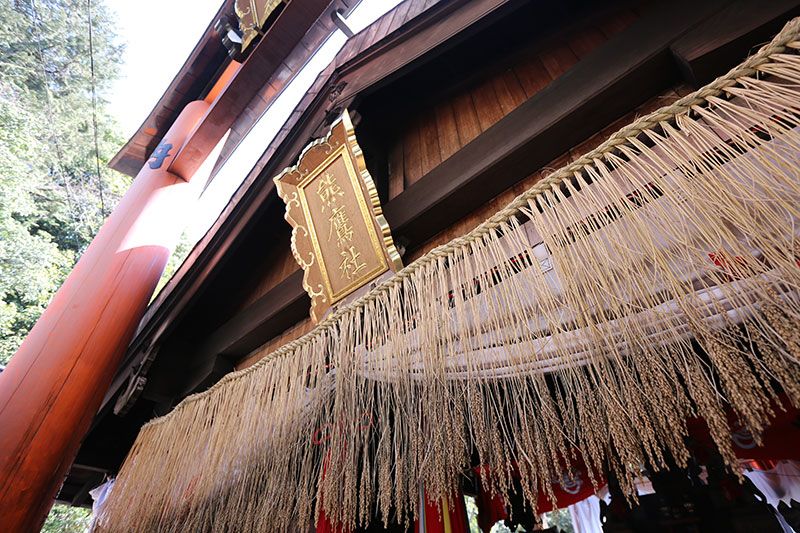 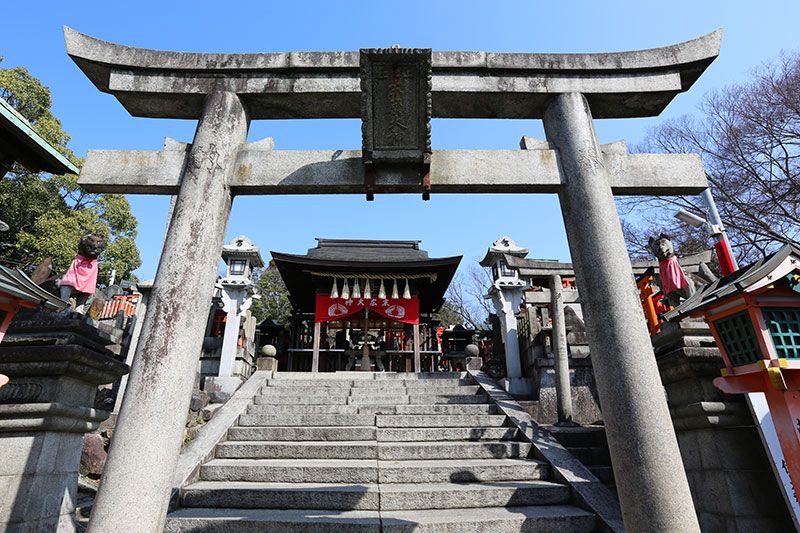 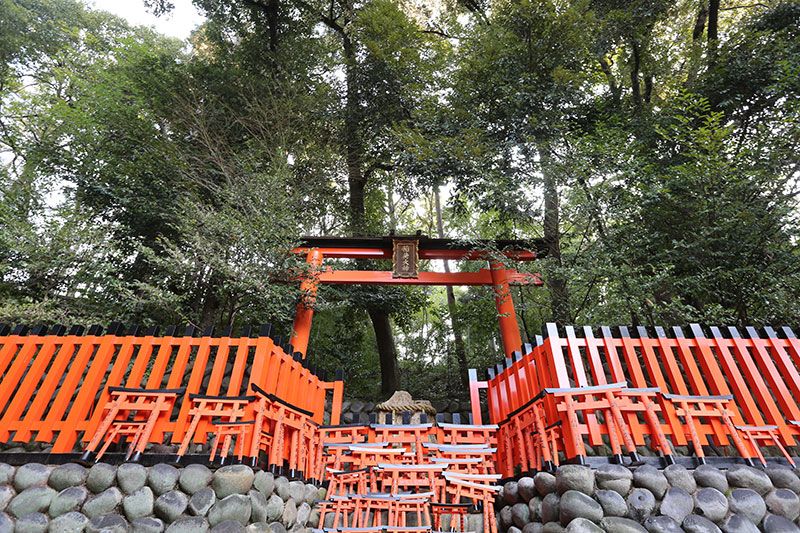 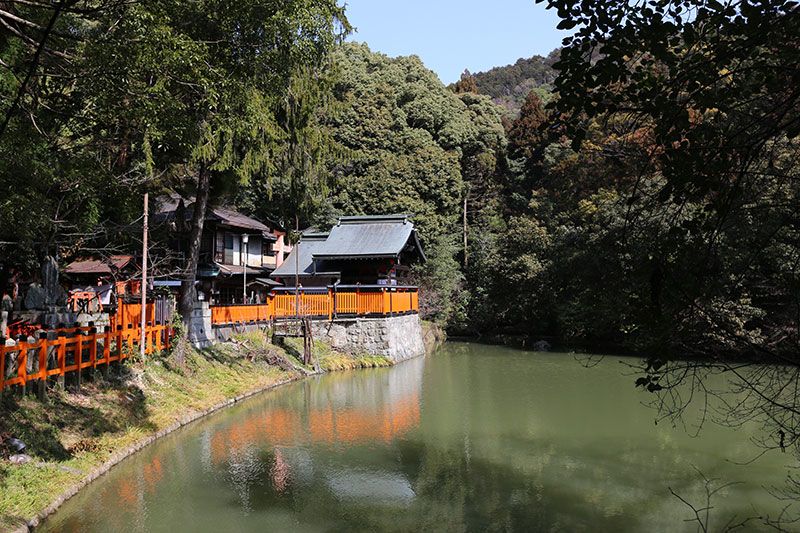 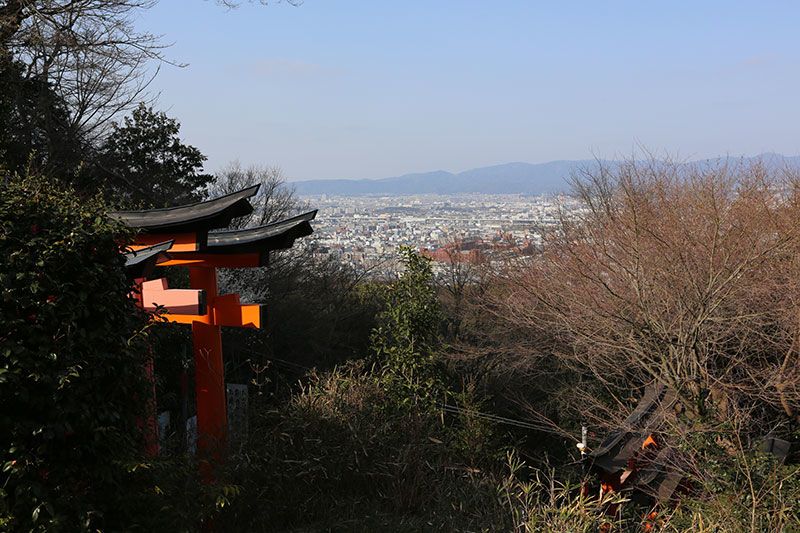 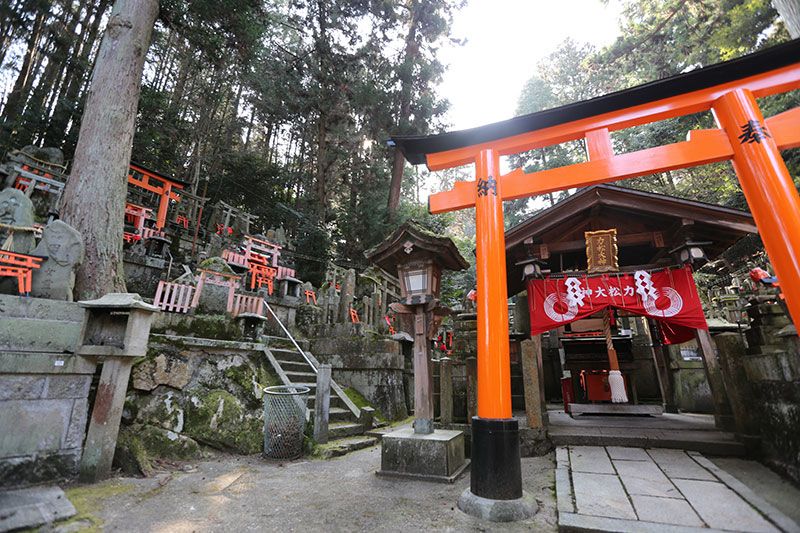 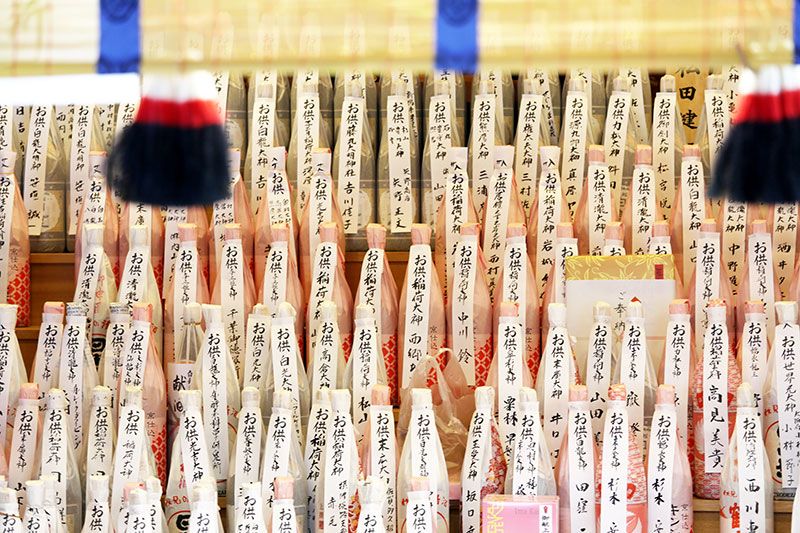 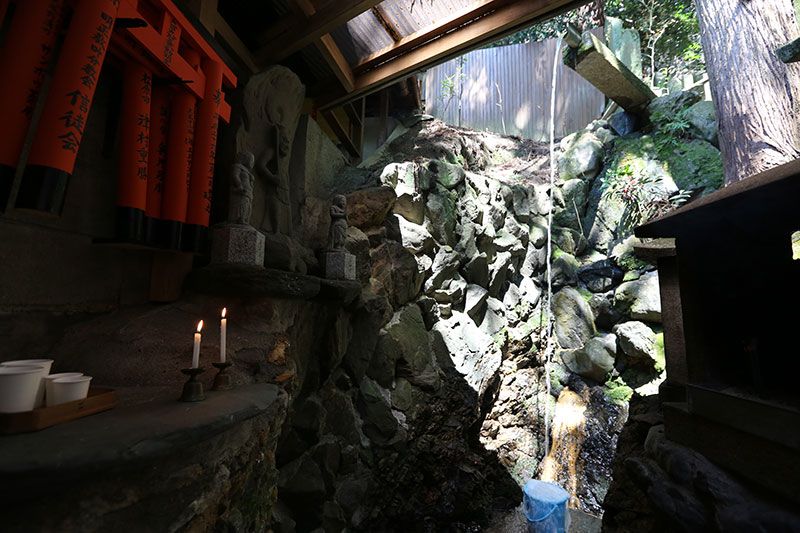 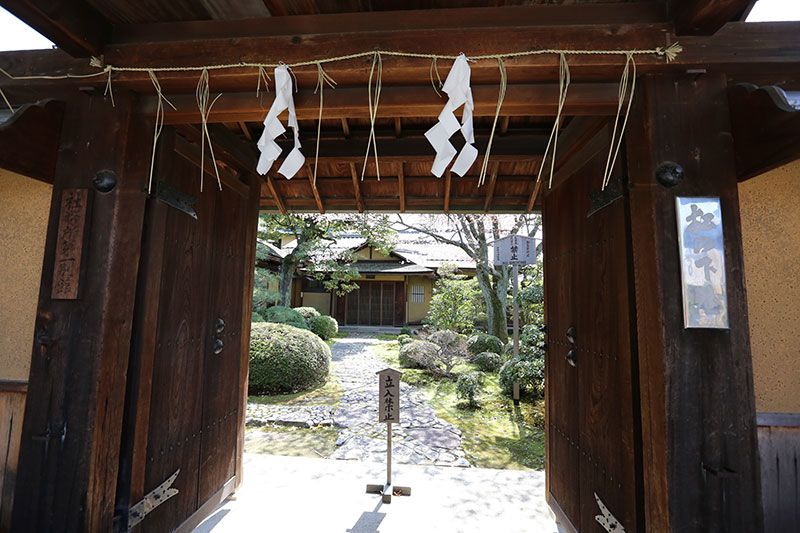 (Originally written in Japanese by Harano Jōji and published on January 2, 2015. Photographs by Nakano Haruo.)