Culture Travel Feb 6, 2015
The International Snow Sculpture Contest is held every year at the Sapporo Snow Festival. This truly cosmopolitan event, in which teams from all over the world compete to produce the best snow sculpture, has become one of the festival’s most popular attractions.

Up-Close Looks at the Teams in Action

The Sapporo Snow Festival introduced the International Snow Sculpture Contest in 1974, with the dual aims of introducing a more global flavor to the event and fostering international goodwill. The six countries with teams taking part in the very first contest were Canada, France, Korea, Japan, the United States, and South Vietnam (now part of Vietnam). Spectators were charmed by the distinctive national character of the various entries.

The contest has grown in scale over the years, with 80 contestants from 20 teams taking part in 1998, and the annual chance to see snow sculptors from all over the world battling it out has helped to make the event one of the most popular attractions of the whole Snow Festival.

At the forty-first contest in 2014, there were teams representing Hawaii, Malaysia, New Zealand, Singapore, Thailand, Hong Kong, and Poland, as well as two of Sapporo’s sister cities: Portland, Oregon, in the United States, and Daejeon in South Korea. On February 4, all nine teams congregated at International Square in the city’s Ōdōri Park, with only four days to complete their statues before the close of play on the evening of February 7. 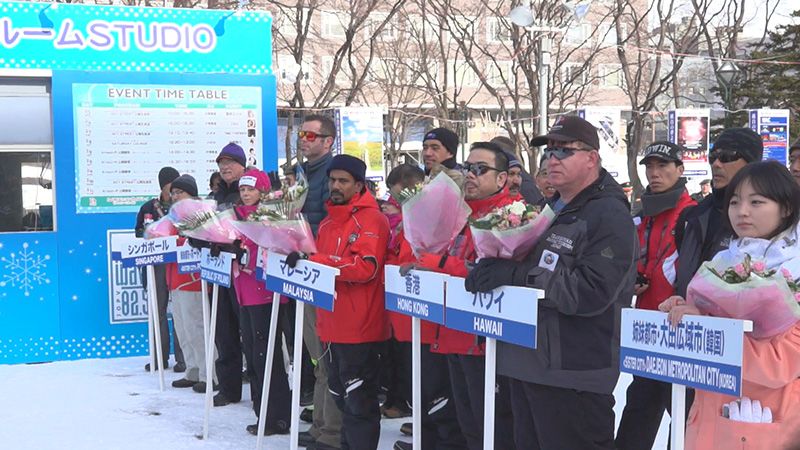 The nine teams line up for the opening ceremony.

A fanfare from the brass band of the 11th Brigade of the Ground Self-Defense Force heralded the start of the contest’s opening ceremony. The assembled participants smiled despite the cold as they listened to words of encouragement from the chairman of the Snow Festival Executive Committee, Hoshino Hisao. The winners’ pennant was returned by last year’s champions from Thailand, and a representative of the team spoke powerfully of competing in a spirit of fair play and international goodwill. His pledge that he and his teammates would endeavor to expand the event’s circle of friendship drew warm applause from spectators and fellow participants alike.

Soon after the formalities were over, the competition began in earnest and the competitors rushed to start their sculptures. The teams, all with prior experience in the contest, briskly set about erecting scaffolds around the huge, 3-meter cubes of compacted snow that were the raw material for their work. Even in temperatures as low as minus 5˚C, hacking furiously away with shovels proved enough to work up quite a sweat, and one member of the Portland team was spotted stripped down to just a T-shirt, loudly bemoaning the heat. On this first day, the teams labored for 10 hours straight. 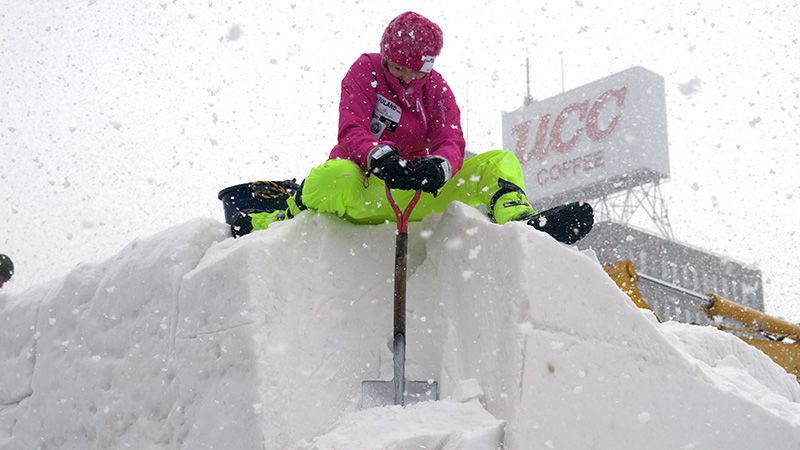 Contestants maintain their pace no matter what the weather throws at them.

On the second day work again started early in the morning. Although it was the coldest day of winter so far, by the afternoon the first-prize hopefuls from Thailand were looking comfortable, having made such good progress that you already could see some of the larger details of their sculpture starting to emerge. Meanwhile, the team from Korea had fashioned their block of snow into a gigantic ball, although it was difficult to imagine how the sculpture might continue to develop, and nearby the Poles were painstakingly carving out the shape of a goddess.

The Hawaiian team commented that while they were actually professional ice sculptors back home, there were some pleasantly refreshing differences when it came to working with snow. They said that the softness of snow and the ease with which minor mistakes can be corrected combined to make this kind of sculpting an altogether more straightforward process, and they merrily carried on with their work despite the bitter cold. 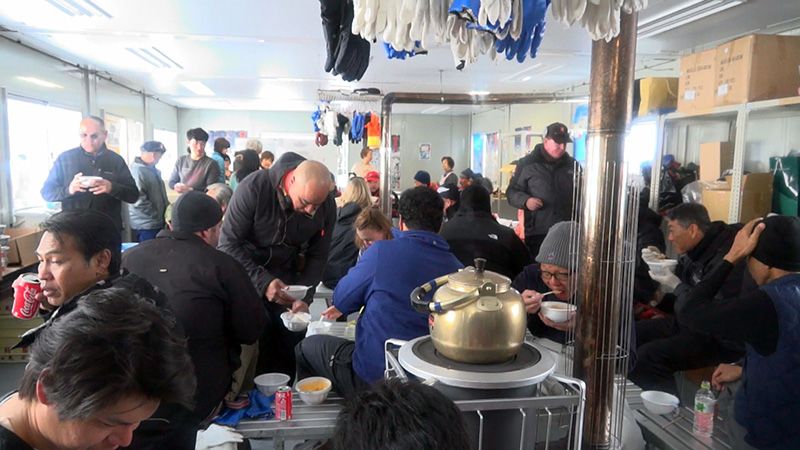 Contestants in the canteen, taking some respite from the freezing cold.

By the third day, a real spirit of camaraderie was starting to develop among the teams as they worked together side by side. To the spectators, the chance to meet sculptors from all over the world is another highlight of the event. Despite the occasionally broken English, there were smiles all around as people somehow managed to get their point across. The New Zealanders in particular were attracting a lot of queries about the gigantic rugby ball motif at the heart of their piece. Everybody seemed to be having a great time.

Finally, as the fourth and final day of the contest arrived, most of the teams were busy putting the final touches to their work. The South Koreans, who had been lagging, burst into action on their elaborate design as the Malaysians, making their nation’s twenty-ninth appearance in the contest, were busy adding lifelike facial expressions to the four proboscis monkeys in their piece. The Poles, meanwhile, spoke a little anxiously of the difficulties in realizing their complex design as they worked hard into the night. The Thai team had already completed their entry and, in a mark of just how relaxed they were, had wandered off somewhere. 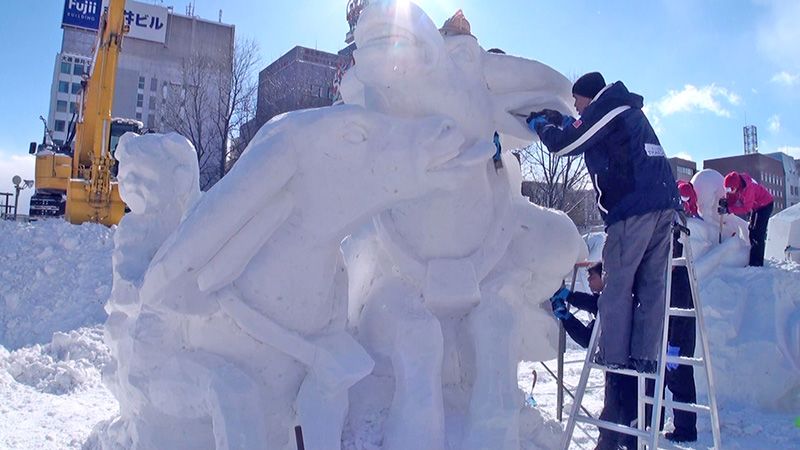 Adding the finishing touches to a sculpture.

By the morning of February 8, all the teams had successfully completed their entries and the array of freshly made sculptures glinted in the morning sunlight. Such was the perfection on display that passers-by stopped, stared and took pictures as the Hong Kong representatives contentedly talked of how pleased they were with their finished piece. The competitors all sportingly congratulated one another and eagerly had their picture taken with the sculptures of their rivals.

Later that day, the teams reconvened at the Ōdōri Park 7 Chōme festival site, where a large crowd had assembled for the Awards Ceremony. Faced with so many masterpieces, the judges’ task was certainly not an enviable one, but after much deliberation the first prize was awarded to South Korea, with Hong Kong as the runners-up, the previous year’s victors Thailand in third place, Singapore fourth, and Malaysia fifth. The winners’ pennant was handed over and the Korean team spokesperson made a brief acceptance speech. “We’re so happy. Thank you so much. It was so much fun to meet people from so many different countries.” The victorious team basked in resounding applause. 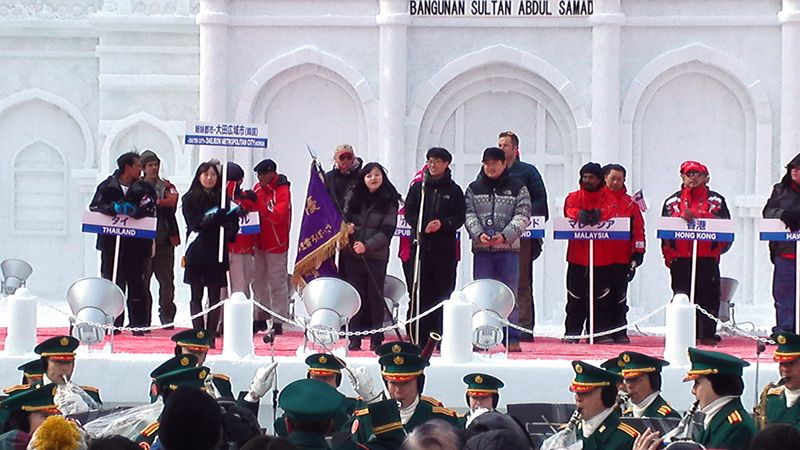 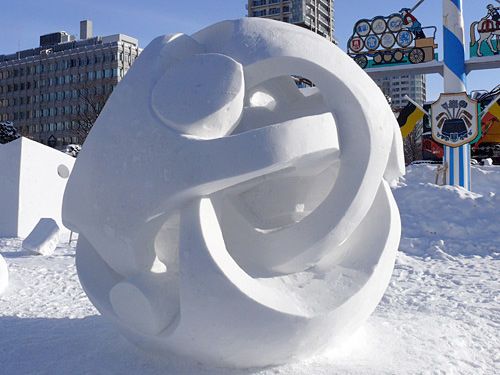 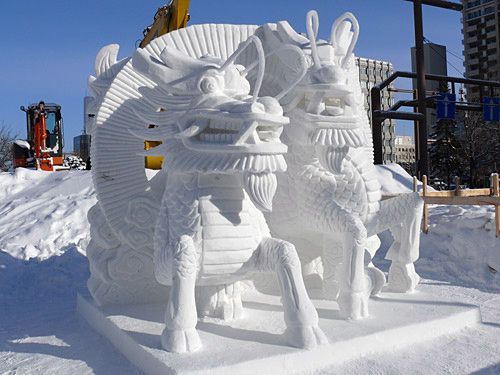 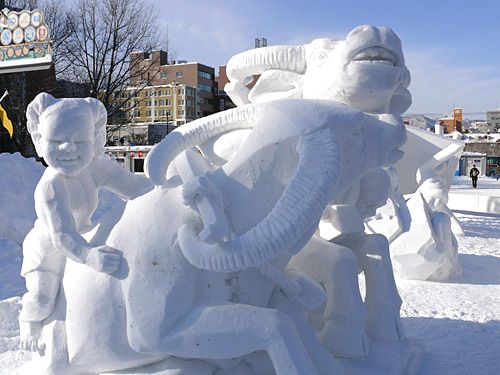 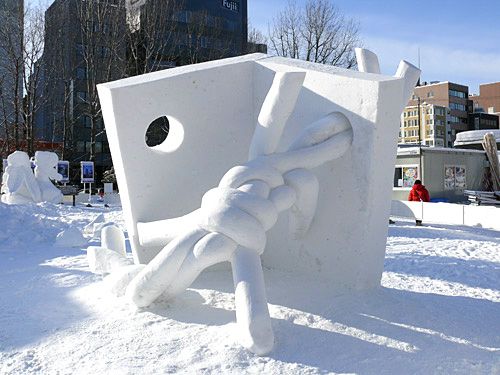 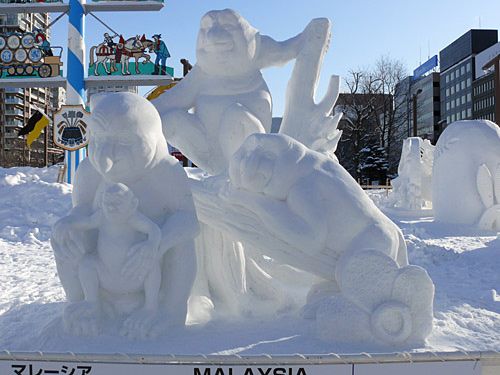 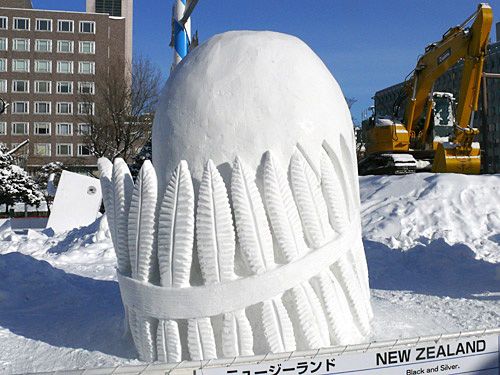 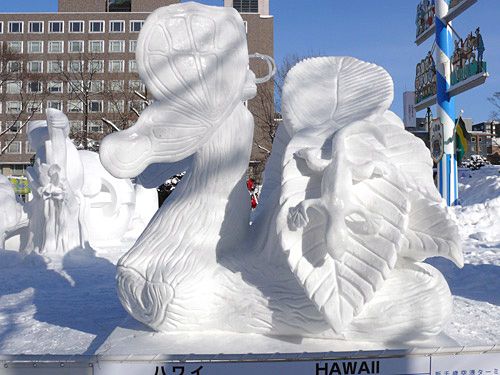 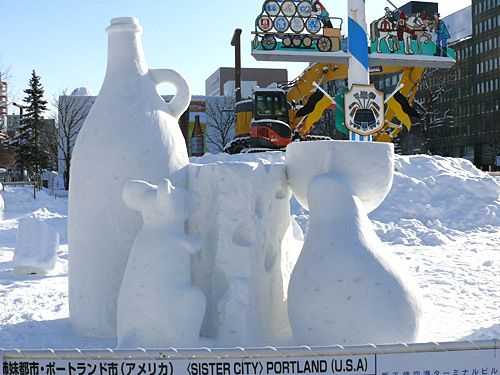 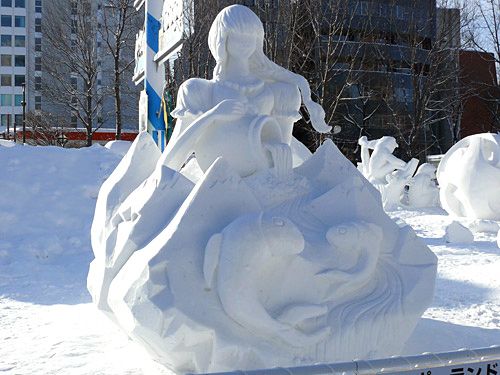