Culture Sep 9, 2014
When the Godzilla film series was resurrected in 1984, Satsuma Kenpachirō was chosen to suit up as the creature. Nippon.com recently interviewed the actor to learn more about the second round of movies (from 1984 to 1995) and the challenges of playing Japan’s most iconic monster.

Moviegoers in Japan and elsewhere first encountered the monster Godzilla in the 1954 film of the same title, which also popularized the distinctive tokusatsu genre style of “analog” special effects. In the years that followed, millions of fans eagerly awaited each new release to see how Godzilla—played by the actor-stuntman Nakajima Haruo—and other terrifying monsters might imperil humanity.

But later, following a flood of sequels, the popularity of the series waned until the franchise shuddered to a halt in 1975, following the box office flop Mekagojira no gyakushū (Terror of Mechagodzilla). Almost a decade elapsed before the series was rebooted with a 1984 Godzilla featuring Satsuma Kenpachirō in the monster suit.

Satsuma, dressed in a martial arts gi and hakama, meets us for an interview after his daily training regimen. The 67-year-old actor conveys a youthful vitality.

He got his start playing smaller roles in the first Godzilla series, beginning with Hedorah, a creature born from the toxic mud created by human pollution. This helped him later capture the prize role as Godzilla when the epic monster returned to movie screens with the 1984 film The Return of Godzilla—released in Japan under the title Gojira, the same as the 1954 original. 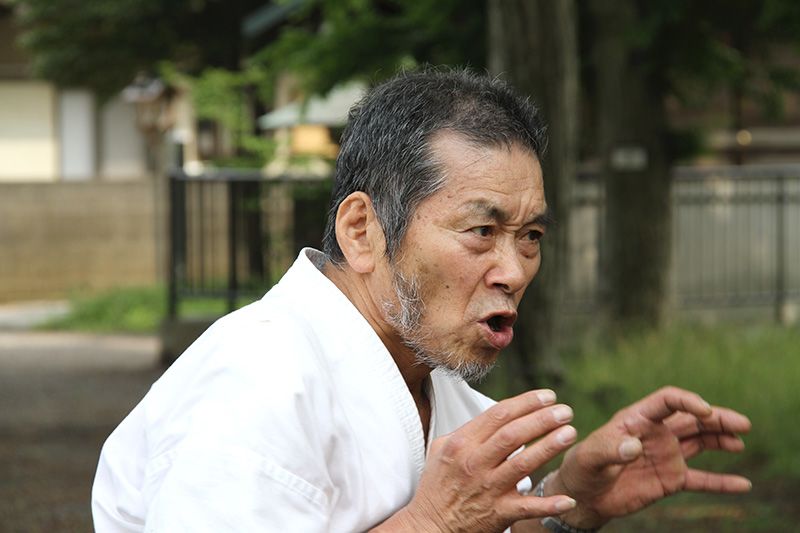 The 1984 film has the same dark undertones as the original, but Godzilla is about twice as big as its previous incarnation. The larger size of the creature, and the corresponding modifications of the monster suit, required Satsuma to come up with a different pattern of movements for Godzilla, as he explains:

“Because the suit was taller and heavier, I could barely move. And with just a few holes in the monster’s neck to let in air, it was hard to get enough oxygen. Filming in water was particularly tough. I thought I was going to die about a dozen times. It was hard when I was underwater and couldn’t breathe, but somehow I managed to pull it off.”

One reason Satsuma was able to endure was thanks to his martial arts skills. Because he often had to wait around on the set, he developed a special form of training he named “Godzilla kenpō”—a variation on the traditional art of swordsmanship. Satsuma shows us a few moves in the training area he has set up in a quiet open space in his neighborhood. Wood chips fly as he strikes a tree trunk with a precise movement of his wooden staff before proceeding to hit the trunk repeatedly with his bare hands.

Suiting Up as Godzilla

Another challenging aspect of playing Godzilla, apart from the physical burden, is the difficulty of expressing the creature’s emotions. “It’s hard for an actor when no one can see your face,” Satsuma observes. “You have to express everything through your body.”

In his early Godzilla movies, Satsuma tried to inspire terror and focused on the monster’s fury. But he also did his best to lend the monster a personality in its interactions with friends and enemies.

In today’s age of computer graphics, actors no longer face that challenge of bringing a monster to life in subtle ways. Although Satsuma was impressed by the computer graphics used for the 2014 movie Godzilla, directed by Gareth Edwards, he still pines for the days when a real live actor had to suit up for a film. “I would have loved to see Watanabe Ken in the role of Godzilla,” he notes, “rather than a scientist. He’s smart and could have shown everyone the importance of having a skilled actor play the part.” 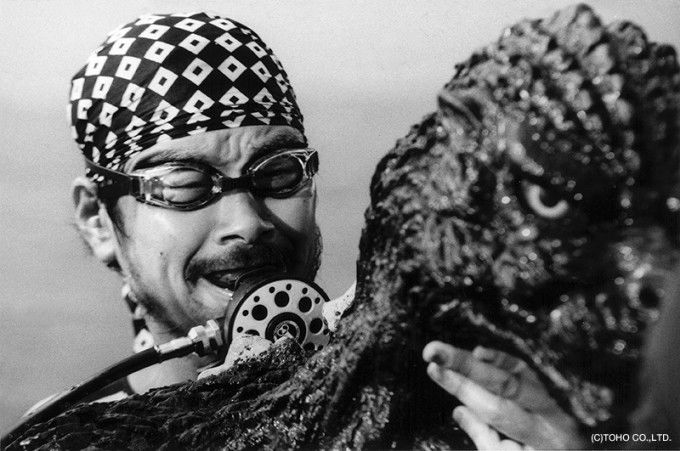 Satsuma’s own exploits in the role of “analog” monsters landed him in North Korea, of all places, when he was chosen to play the creature Pulgasari in the 1985 film of the same title. This North Korean film was spawned by the enthusiasm of Godzilla fanatic Kim Jong-il and directed by South Korean filmmaker Shin Sang-ok, who was kidnapped by the Pyongyang regime in 1978, along with his former wife, actress Choi Eun-hee. The Japanese studio Tōhō was hired to do the special effects for the film, and Satsuma Kenpachirō was handed the leading role as the monster.

Playing Pulgasari, an iron monster that walks upright, was easier for Satsuma than playing Godzilla. But there were other challenges he had to face, including the strict controls placed on him by the North Korean regime and the inexperience of the local film crew.

“The scenes of destruction were tough. North Korea had produced a lot of war films but they had no clue when it came to the monster genre. The sets they built were really solid, so you had to work hard to smash them.”

Eventually Pulgasari was completed and is now considered a cult classic in the tokusatsu genre, featuring special effects of surprising quality considering the rudimentary nature of North Korean filmmaking. The movie and the full story of its director’s abduction first came to the world’s attention when Shin and Choi escaped their North Korean handlers at a 1986 film festival in Vienna. The monster flick was eventually released in Japan on July 4, 1998—around the time of the Hollywood’s first Godzilla adaptation, directed by Roland Emmerich.

Godzilla’s Future Is Up to Moviegoers

“CGI and traditional special effects are now being used together,” Satsuma explains. “Hollywood has mastered the computer effects, which are increasingly realistic. But in Japan suits are a must. We can’t compete with American filmmakers in CGI alone.” 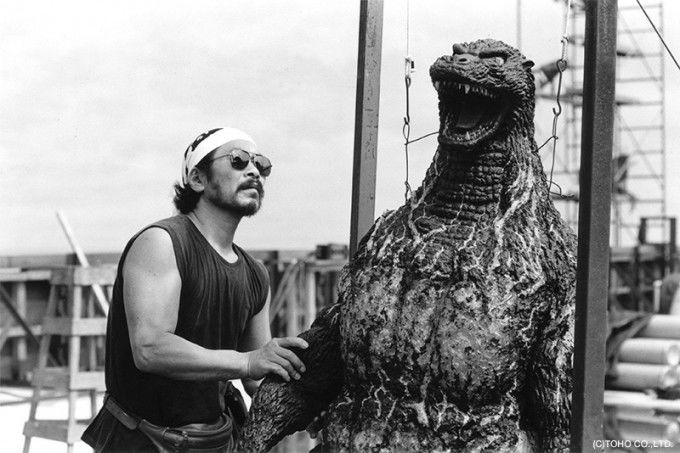 “Maybe the new Hollywood movie will get people in Japan interested in Godzilla again,” Satsuma says with a glimmer of hope. “But in the end, it will be the moviegoers who’ll decide if Godzilla lives or dies.”