Lifestyle Mar 27, 2015
Japan is blessed with over 3,000 onsen (hot-spring) areas, but here we look at 12 specially selected by Matsuda Tadanori, a leading expert who has been dubbed “Professor Onsen.” These are hot spring destinations whose invigorating waters and age-old traditions set them apart.

Japanese people have loved onsen since ancient times for the comfort they bring to mind and body. (See Soaking up the Benefits: Japan’s Hot Springs Tradition). Here are 12 of the best.

The naturally flowing hot springs in this area originate from several sources, including the 450-meter diameter volcano mouth Jigokudani (“Hell’s Valley”) and Ōyunuma. There are nine different categories of hot-spring water at Noboribetsu, but the two main types are sulfuric and acidic hot springs. Visitors who walk around the souvenir shops in the area, dressed in their yukata robes, are greeted by the sulfuric aroma that envelops the town. 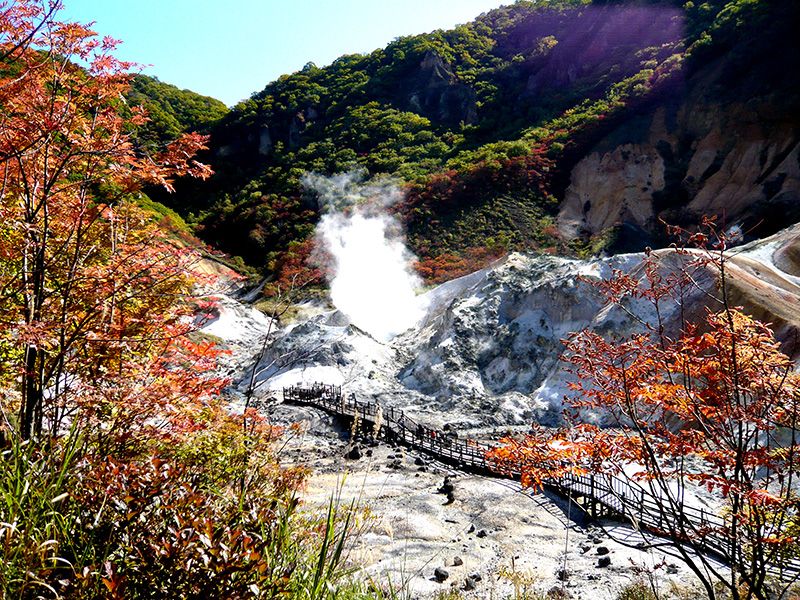 Deep in the Lake Tazawa area of Akita Prefecture, steam rises up from the virgin beech forest through which the Sentatsu River threads its way down from the base of the Nyūtō mountains. Seven hot-spring inns are located here at Nyūtō Onsenkyō, the oldest of which is Tsurunoyu. The hot-spring village has been called the last of Japan’s “secluded” hot springs, hidden away in the mountains, and for that reason it has captivated onsen fans. The hot-spring waters include sulfur and hydrogen sulfide. 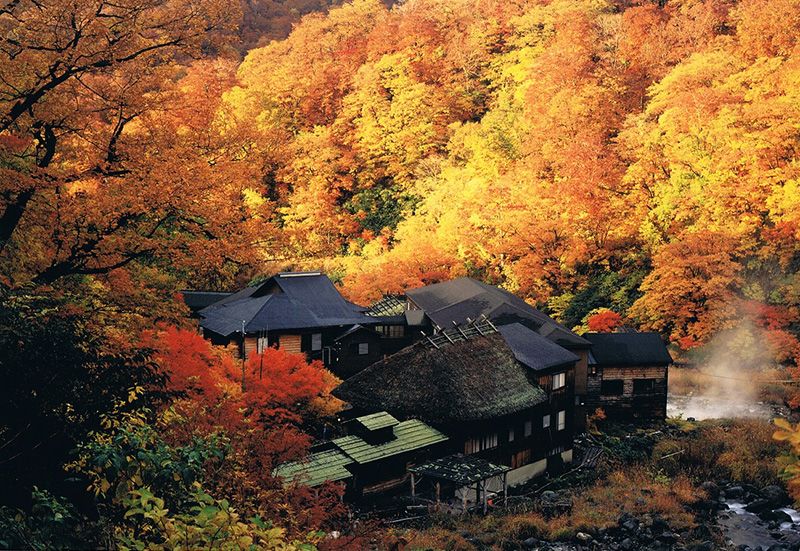 Every minute, over 3,000 liters of milky-white sulfuric hot-spring water flows naturally into the bath houses, which are famed for having some of the most therapeutic waters in Japan. The well-matured white sulfuric water is also wonderful for the skin. 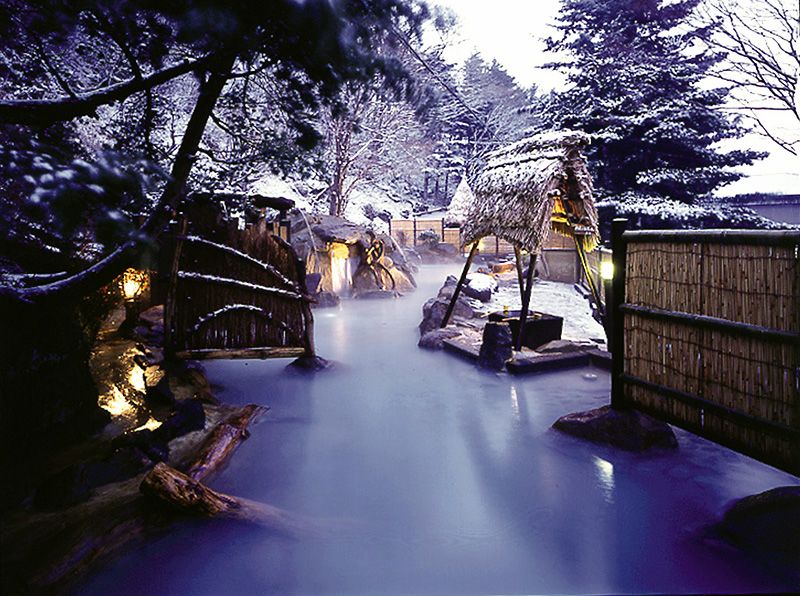 The German doctor Erwin von Bältz, known as the father of modern onsen research, was astounded by the health benefits of the waters at Kusatsu Onsen, describing them as having “mysterious powers.” The symbol of Kusatsu is Yubatake, which literally means “hot water field,” out of which around 4,000 liters of acidic hot-spring water surges every minute. There are 18 bathhouses in the town, so visitors can choose their favorite one. 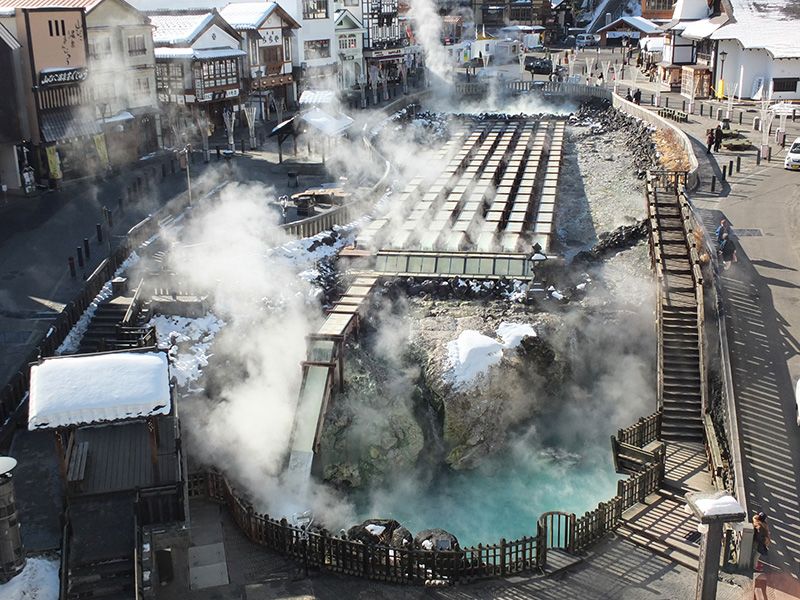 The history of this onsen dates back roughly 1,200 years to the Heian Period (794–1185). Over that long period Shiobara has continued to attract bathers for the reputed health benefits of its sulfuric hot springs’ oxidation-reduction properties. Today the site includes a hot-spring inn that was built in the Edo Period (1603–1868). Most of the bathing facilities in the town use fresh hot-spring water straight from the source. 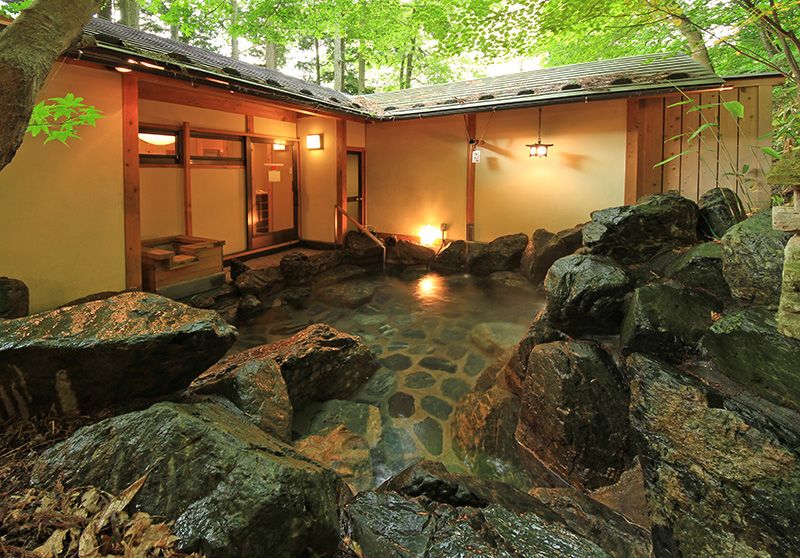 The village of Nozawa gives visitors a chance to savor the atmosphere of an age-old hot-springs resort, with inns and souvenir shops lining the hilly streets, along with 13 bathhouses that offer free admission. In total, over 30 hot-spring sources are located in the village, all sourced from naturally flowing sulfuric water. 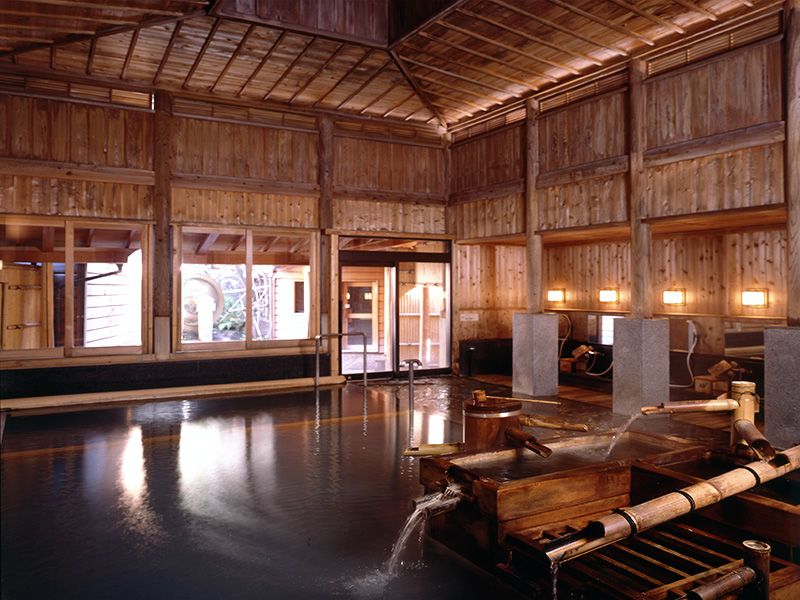 Nestled at the foot of the 3,000-meter peaks of the Northern Alps, this hot-spring area is usually referred to by the generic term the Onsen District, but there is nothing run-of-the-mill about the majestic natural beauty that surrounds it. The clear hot-spring waters here are gentle, and soaking in the outdoor bath is a way to also absorb the surrounding natural setting in all of its wild beauty. 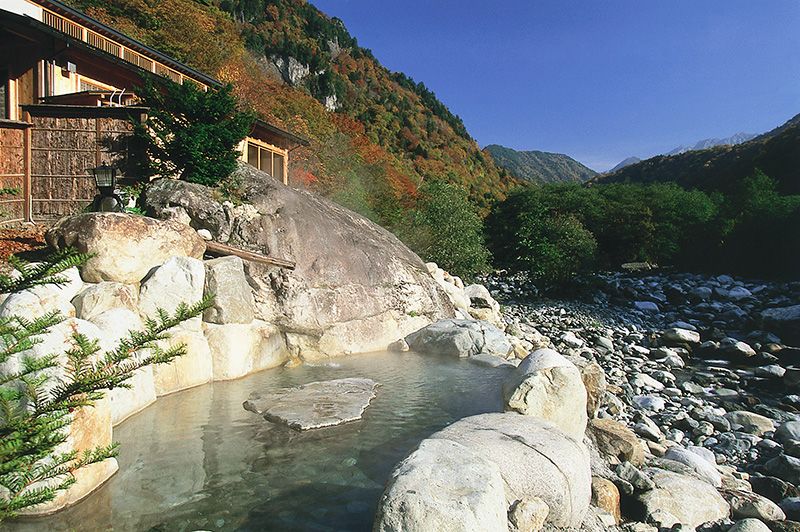 Thick clouds of steam waft up in between the mountain peaks at the heart of the Kii Peninsula. This onsen is located deep in the mountainous area, and all of its facilities use water that flows straight down from the hot-spring source. This is one of Japan’s most out-of-the-way hot-springs, but people make the trip for the wonderful bicarbonate earth and sodium bicarbonate waters. 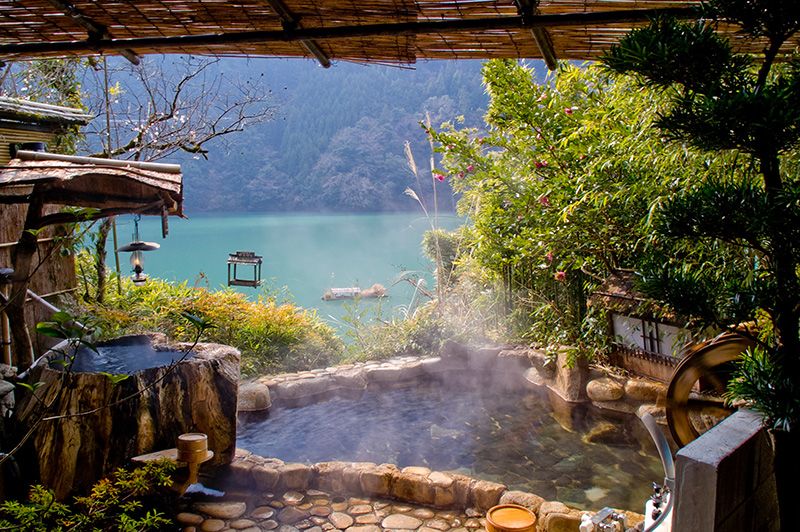 Tawarayama Onsen offers the archetypical scenes of the sort of onsen resort that people visit for an extended stay to take a hot-springs “cure.” The area is dotted with two- and three-story wooden inns, and its cobble-stone streets are filled with bathers dressed in yukata robes. The alkaline waters here have outstanding oxidation-reduction properties and are famous for their benefits to sufferers of rheumatism. 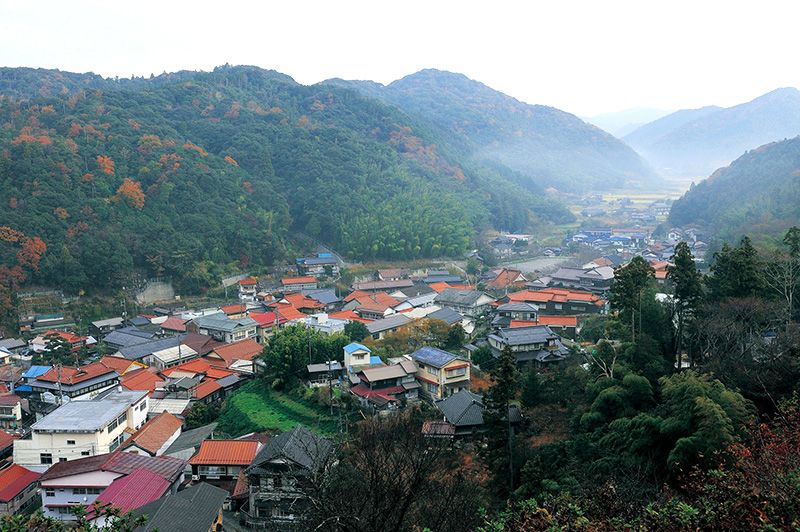 The name Beppu is synonymous with hot springs since it has 2,846 onsen sources, the most in Japan. The small municipal bathhouses in the alleyways near Beppu Station have been in the spotlight recently. Beppu has the most municipal baths in Japan and offers the perfect setting for city-lovers who want to explore the intricacies of Japan’s onsen culture and the diversity of hot-spring waters. 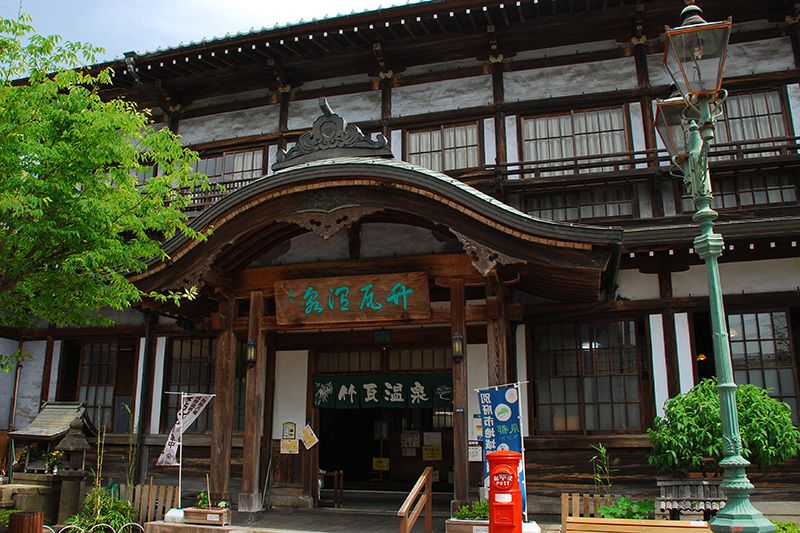 Nagayu Onsen boasts of highly acidic hot springs waters, and is famous for its drinkable onsen water. The high mineral content of the hot-spring water here has led to it being described as “drinkable vegetables.” All of the facilities take their water straight from the source. It is one of the top-class recuperative onsen locations, where visitors can experience a modern take on the old hot-spring “cure.” 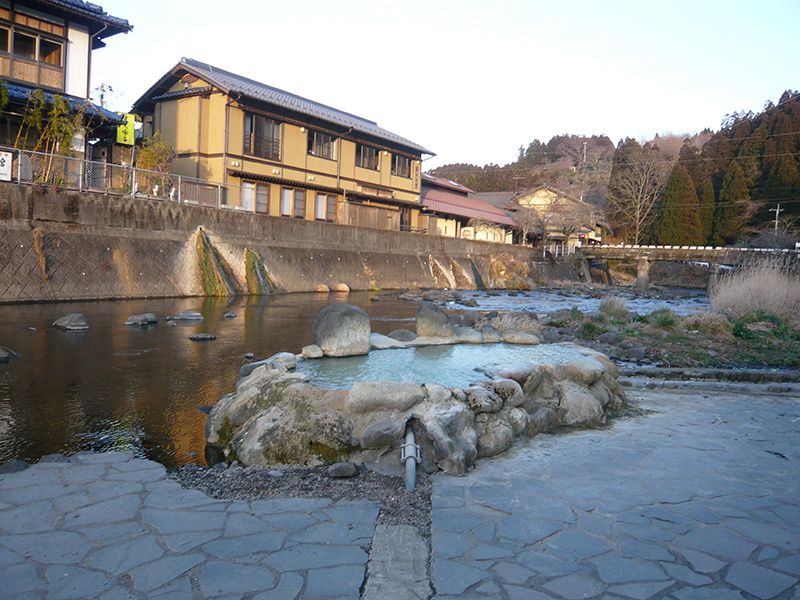 Nearly 30 bathhouses are crowded into a narrow valley carved out by the Tanohara River at the western foot of Mount Kujū. This hot-spring area gives visitors a view of the beauty of Japan in years past. Residents have strived to put in place this vintage townscape so that the hot springs can be the centerpiece, and this has paid off as onsen fans from around Japan and overseas flock to the area. 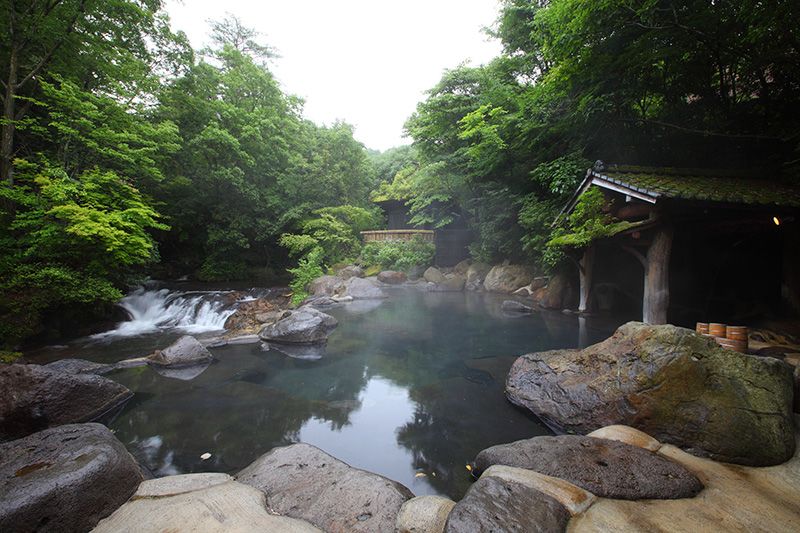 (Originally written in Japanese and published on March 5, 2015. Banner photograph: The outdoor bath at Takayu Onsen. Courtesy of the Takayu Onsen Tourist Association.)