Travel Food and Drink Jun 17, 2016
Seibu Railway has launched a restaurant train service between Tokyo and Saitama Prefecture. Lovers of fine cuisine and rail travel can tuck into a gourmet meal as they watch the landscape unfold.

A new “restaurant train” serving high-quality cuisine as it travels between central Tokyo and the scenic Chichibu area in southwestern Saitama Prefecture is up and running. Seibu Railway launched the “52 Seats of Happiness” service in April, the name referring to the number of places available in its dining cars. The train leaves the heart of the metropolis at Ikebukuro or Shinjuku in the morning and serves brunch during the three-hour ride to Chichibu. Dinner is served on the two-and-a-half-hour return leg of the journey. Seibu is offering this service around 100 days every year, principally on weekends and holidays.

The four-carriage “restaurant on wheels” is a converted 4000-series train, which is used on the Ikebukuro and Chichibu Lines. Chichibu is the theme for both the exterior and interior design, which was entrusted to architect Kuma Kengo. This is the first time that the designer of the new National Stadium has turned his hand to trains. The central motif of the exterior is the Arakawa River, which flows through Saitama, and the four seasons in Chichibu. The interior incorporates local wood and traditional crafts. 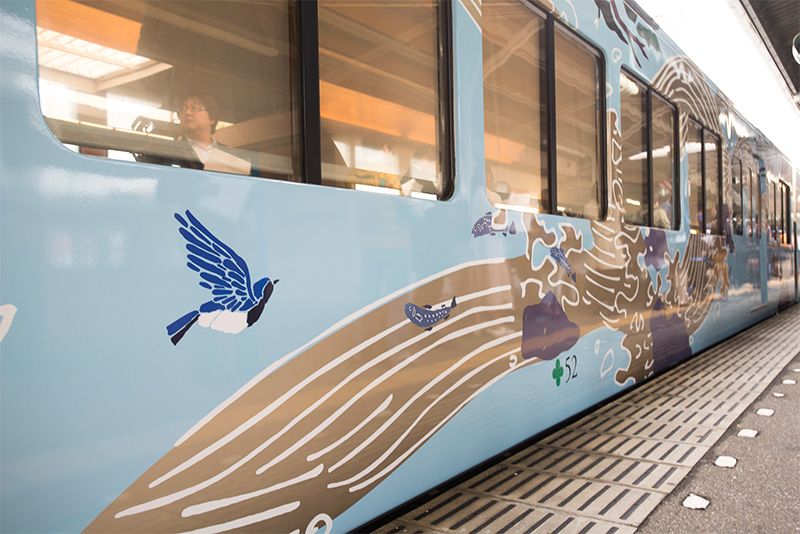 Kuma chose champagne gold as a base color for the design, which is set off with images of local scenery. Summer is the theme of car number two, shown above. 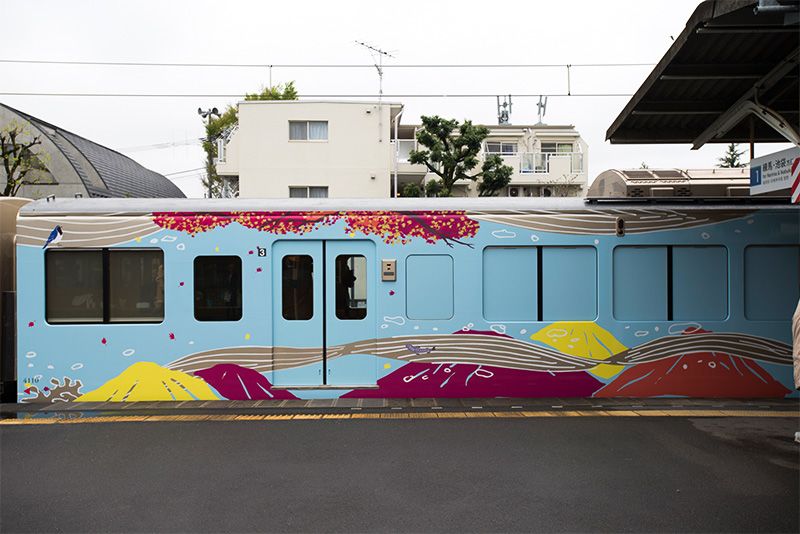 The third, autumn-themed carriage features the fall foliage of the Chichibu mountains. 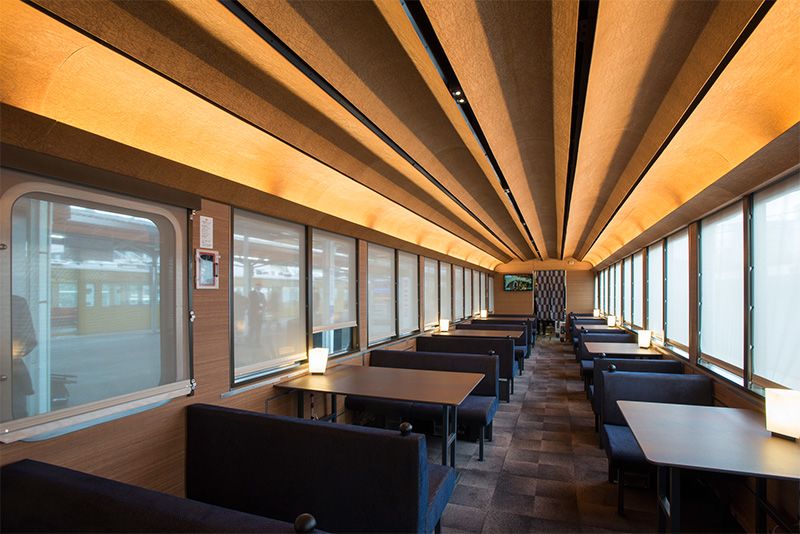 The ceiling of the second carriage, which evokes local limestone caves, is made using washi paper dyed with persimmon juice. It has been specially treated to make it fireproof. The noren curtain is made from traditional Chichibu meisen silk cloth. 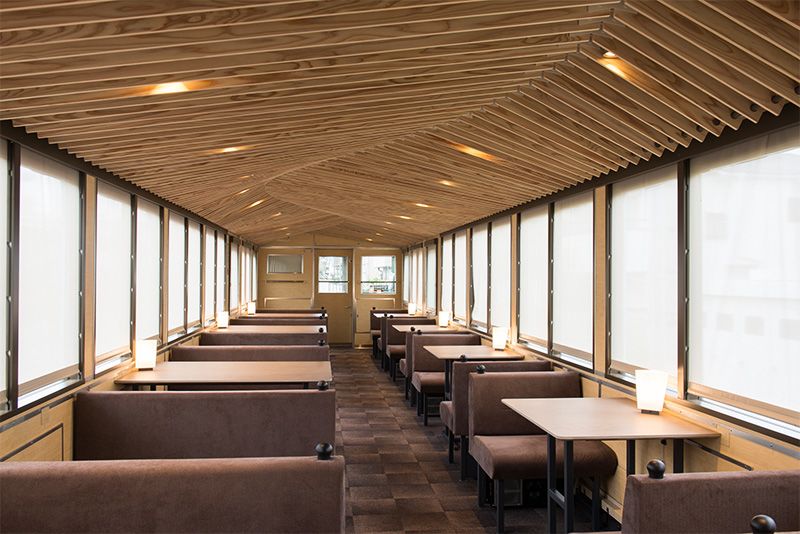 Kuma’s trademark use of wood with a modern touch can be seen in the ceiling of the fourth carriage. The sugi (Japanese cedar) planks from Hannō and other nearby cities in Saitama have also been fireproofed.

Two meals are served on each day that the train is in service. From Ikebukuro, the brunch train leaves at 10:50 am and arrives at Chichibu at around 2 pm, while the dinner train pulls out of Chichibu at 5:40 pm and arrives in Ikebukuro at 8:00 pm.

The menus are created by some of Japan’s top chefs. Through June, three chefs are working under Tamura Takashi of the venerable Tsukiji Tamura restaurant to prepare traditional Japanese, Western-style, and Chinese cuisine, respectively. Seibu plans to bring in a new supervising chef every three months or so. Many of the ingredients are sourced locally, with both the April–June brunch and dinner centering on Bushū wagyū beef from Saitama Prefecture. Many drinks from the area are also served. From July, passengers will be able to choose a whisky distilled in Chichibu that is served only on this train.

The drivers are veterans with experience operating the Red Arrow Express on the Seibu line. One of them, Sunaga Takeshi, explained the importance of braking more gently than usual since passengers are dining.

A number of similar restaurant trains have been introduced around the country in recent years, but Seibu Railway says that its service is the first to leave from central Tokyo. The brunch ride costs ¥10,000 per passenger while dinner is ¥15,000; these prices are rather high, but seats through September are already nearly fully booked. The new service appears to be a success. 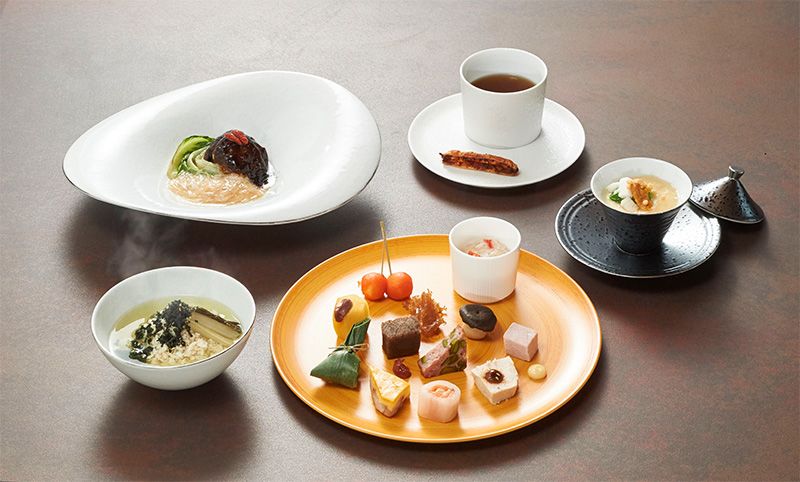 The June dinner includes rib roast beef and taro stewed in black vinegar (left) and sea bream and rice chazuke (a dish in which green tea is poured over other ingredients) (right). (Courtesy of Seibu Railway) 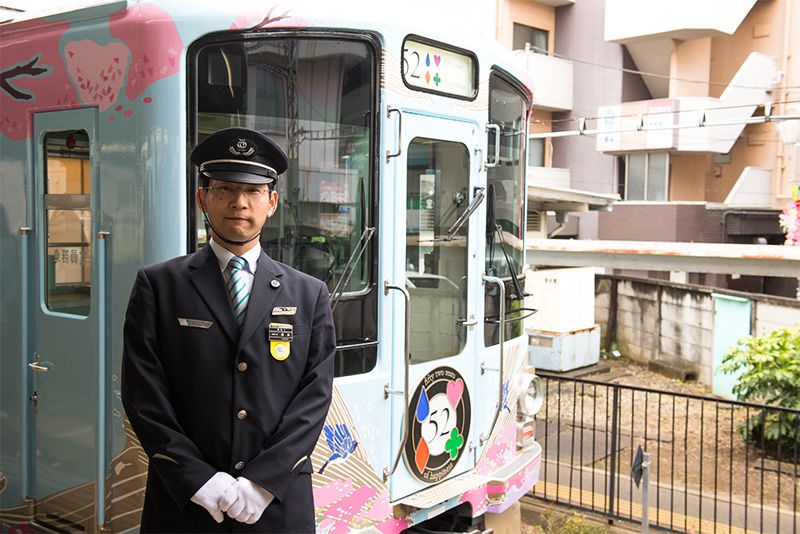 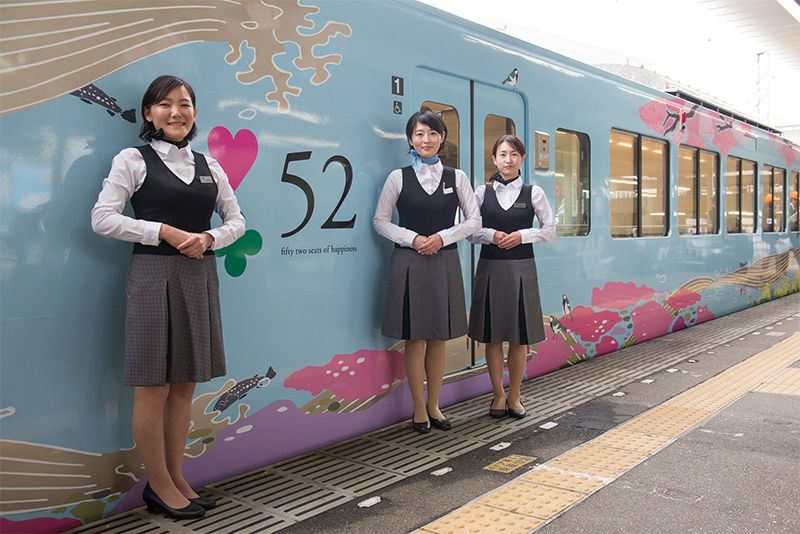 The waitresses are working as train crew members for the first time but are keen to provide good service. 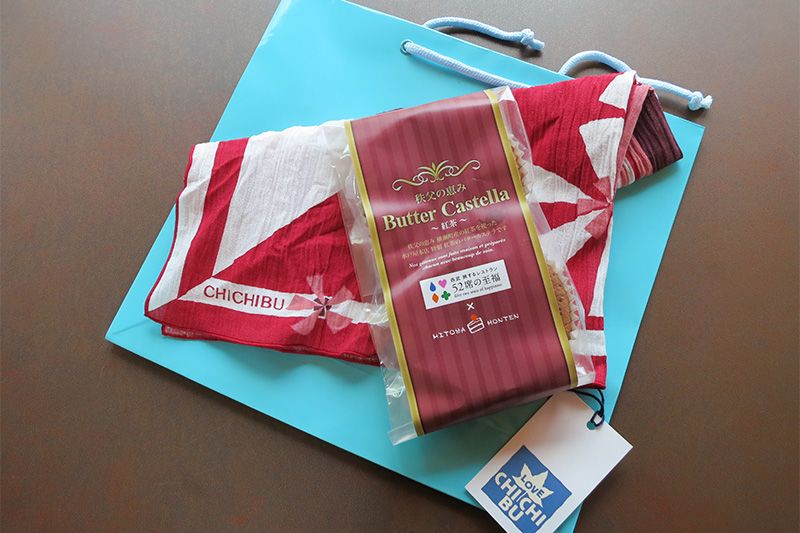 Passengers on the dinner train receive souvenirs. The butter castella cake is made with Chichibu tea and the furoshiki wrapping cloth from local materials. (Courtesy of Seibu Railway)

The restaurant train passing through Ikebukuro, Tokyo (left), and in front of Bukōzan mountain in Chichibu (right). (Courtesy of Seibu Railway)

The “52 Seats of Happiness” Service

(Originally published in Japanese on June 3, 2016. Photos by Kodera Kei, unless otherwise stated. Banner photo: The spring-themed front carriage of the “52 Seats of Happiness” passing between the stations of Musashiseki and Higashi-Fushimi on the Seibu Shinjuku Line. [Courtesy of Seibu Railway])