Language Culture Jun 20, 2018
Katakana is a part of the written Japanese language used for foreign terms and names. Learn this script to recognize many familiar words from other languages.

Katakana is today considered Japan’s second native script, to be learned after hiragana. It is usually studied in the first grade of elementary school, although some children master it before then. Each of the 46 hiragana characters has an equivalent in katakana. For example, the short a sound is あ in hiragana and ア in katakana, while ko is こ in hiragana and コ in katakana.

The straight lines and sharp angles of katakana characters contrast with the curves of hiragana. While both syllabaries derive from kanji characters originally, the hiragana are generally simple, cursive forms of entire characters—the hira means “ordinary” or “simplified”—while katakana are parts of more complex characters, with kata meaning a “side” or “portion” or a kanji.

If it seems odd or even inefficient that Japanese has two scripts with largely the same role, think of the upper- and lower-case letters in the Roman alphabet. Just as there are conventions in English for the use of capital and small letters, common practices have evolved in Japanese for employing katakana. If a word is written in katakana, this in itself tells something to the reader.

One common use for katakana is in loanwords from languages like English. For example, camera is written カメラ (kamera) and hotel as ホテル (hoteru). It is also used to write foreign names, so Shakespeare becomes シェイクスピア (Sheikusupia). Many animals and plants are written in katakana, such as トキ (toki; crested ibis) or スイカ (suika; watermelon). In part this makes reading easier by avoiding the use of less common kanji, like 鴇 for the crested ibis.

Why not just use hiragana all the time? Typically, in a Japanese sentence written for adults, the nouns, verbs, and adjectives are written with kanji while the rest of the sentence—particles and other grammatical glue that sticks it together—is written with hiragana. Katakana either represents loanwords or substitutes for kanji—a frequently seen example being ヤクザ (yakuza), said to be a replacement for the characters 八九三, the 8-9-3 that was a losing set of cards in a gambling game popular in the underworld—so the contrast between the scripts remains clear. Although this is not an ironclad rule, it is common practice. 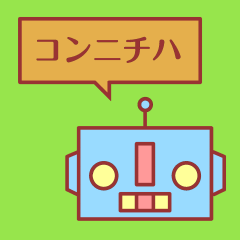 Further uses for katakana include onomatopoeia and emphasis. Some words may also evolve into katakana when they are employed in new ways. For example, 携帯電話 (keitai denwa), meaning “mobile phone” is often abbreviated to the colloquial ケータイ (kētai) in katakana. The script can also indicate accented or unnatural-sounding Japanese, as spoken by a robot or a non-native.

As with upper- and lower-case letters in the alphabet, hiragana and katakana characters may look like each other. The katakana ヘ (he), リ (ri), ヤ (ya), and カ (ka) are easy to pick up from their close resemblance to hiragana equivalents へ, り, や, and か. With others a mnemonic approach can do the trick. So, ハ (ha) looks like a hat, コ (ko) has two corners, and ノ (no) is like the line of a nose.

One of the trickiest parts of learning katakana, however, comes with similar-looking characters that have different pronunciations. The two pairs of シ (shi) and ツ (tsu) and ソ (so) and ン (n) can be confusing. Being aware and wary of the characters’ near-twins is part of the battle. Building up vocabulary is the best way to get over this hurdle, as it is easier to recognize words you know well than those you do not.

One distinctive katakana feature is the horizontal line used to lengthen vowel sounds, as seen in words like キーボード (kībōdo; keyboard) and スーパー (sūpā; supermarket). There are also some new combinations for representing the sounds in foreign words and names. For instance, there are the ウィ (wi) in ウィリアム (Wiriamu; William), the ヴィ (vi) in ヴィクトリア (Vikutoria; Victoria), and the フェ (fe) in フェイスブック (Feisubukku; Facebook). And members of the otaku subculture in Japan have adopted the ヲタク characters to describe their group, an uncommon choice for the opening オ (o) character that has even made its way into the wotaku spelling seen online in other languages. 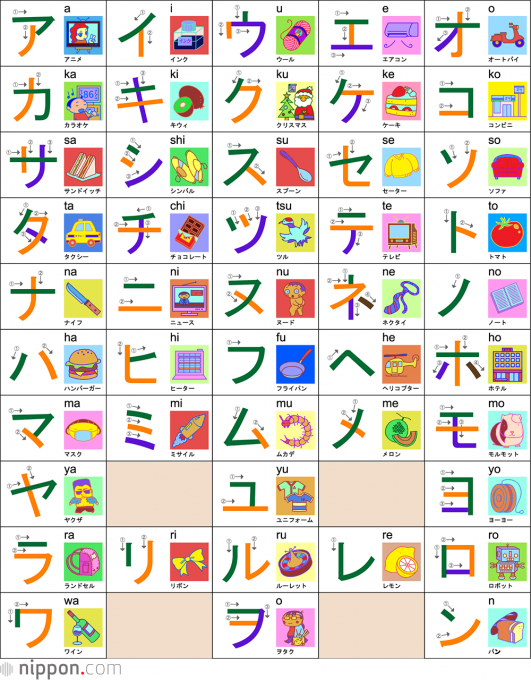