Culture Dec 20, 2016
Miyazawa Kenji set his stories and poems in Ihatov, a fictional land based on his native Iwate Prefecture. At the same time, the writer was much influenced by Chinese literature and thought. His works reflect these differing inspirations in bringing together the local and the distant.

In 2000, the Asahi Shimbun conducted a survey of the most popular Japanese writer of the millennium. As testament to his enduring popularity among Japanese readers, Miyazawa Kenji finished in fourth place ahead of such world-renowned authors as Mishima Yukio and Nobel Prize winners Kawabata Yasunari and Ōe Kenzaburō.

Born in Hanamaki, Iwate Prefecture, Kenji chose to walk his own path rather than continue the prosperous Miyazawa family business. He combined theory and practice in his life, taking a scientific approach to agricultural instruction of local farmers. At the same time, he wrote more than 100 children’s stories and fables—including the now classic Ginga tetsudō no yoru (trans. Night on the Galactic Railroad)—and over 1,000 poems and essays. Yet, his fame is entirely posthumous—he received payment for only one manuscript in his lifetime, the story “Yukiwatari” (trans. “Snow Crossing”).

It wasn’t until his death at the young age of 37 that Kenji’s works began to win acclaim. The stories and poems are now widely recognized and loved throughout Japan. His works appear in school textbooks, are the frequent focus of film and television adaptations, and also serve as inspiration for works of music. Appreciation of Kenji’s literary creations extend beyond Japan’s borders as well. They have been translated into 22 languages and fans worldwide make the trip to the Miyazawa Kenji Museum in Hanamaki. 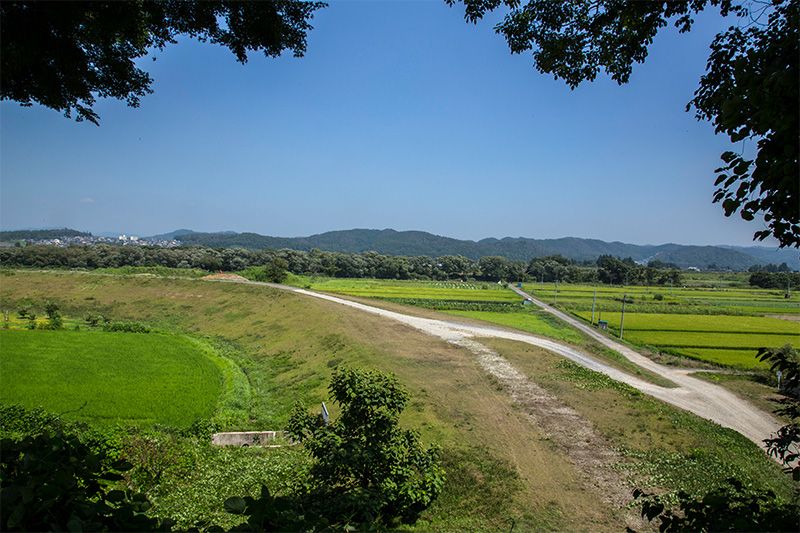 Readers should always keep in mind the setting of Kenji’s works, the fictional land of Ihatov. The writer based it on his home prefecture of Iwate in Tōhoku, a resilient region regularly buffeted by natural disasters, to expresses an ideal landscape he held in his heart.

In March 2011, the Tōhoku region was devastated by the Great East Japan Earthquake. Despite the utter despair and sense of helplessness following an event of such unprecedented scale, the people of the area showed their usual resilience. A month after the disaster news reports began to surface of people accessing Kenji’s poem “Ame ni mo makezu” (trans. “Undefeated by the Rain”) online—by one account more than 40,000 times. The work’s portrayal of positive self-reliance (as seen in the extract below) provided strength and solace to those suffering physically and emotionally in the wake of the tragedy. 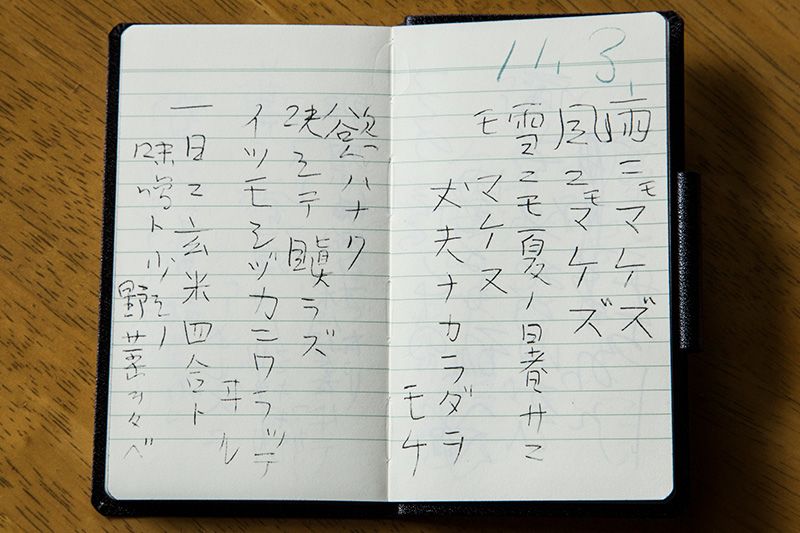 The poem “Undefeated by the Rain” found in Kenji's notebook after his death.

Ihatov may have its roots in Tōhoku, however, it transcends the coasts and endless rolling hills and mountains of Kenji’s home. In the author’s works it stretches to small islands in vast oceans and traverses deserts and continents as a great utopia extending from east to west. In the fantasy novel Night on the Galactic Railroad, it even rises on an invisible orbit to the stars and into eternity.

Kenji exhausted his life’s energies through the intense, unremitting mental efforts of creating this world. In depicting Ihatov, however, he reveals to us the dreams he spent his life pursuing.

Kenji creatively expressed concern for environmental issues, placing these as a central part of his literary works at a time when they were poorly understood.

The inspirations for his pioneering attitudes have a strong connection to ancient Chinese ideas. Taoist thinkers like Laozi and Zhuangzi insisted on the interdependent relationship between people and their environment. In his thinking, Kenji harmonized the ideas of these and other Eastern philosophers.

According to his younger brother Miyazawa Seiroku, Kenji’s favorite Chinese classic was Xi you ji (trans. Journey to the West). The famous story recounts the adventures of Sun Wukong the Monkey King and his comrades who protect the monk Xuanzang from demons as he travels to India to bring back Buddhist scriptures. In the library at Iwate University, formerly the agricultural college where Kenji studied, there is a copy of the text that he is believed to have read.

Kenji frequently allowed his mind to leisurely wander to the Asian continent. Iwate and the Silk Road both lie around 40°N latitude, and while his body remained in the former, the latter became a part of his creative landscape. Journey to the West appears in his writings when he addresses Wukong in a poem from the second volume of his collection Haru to Shura (trans. Spring and Asura). He also refers to a leap of 108,000 li in a 1918 letter to his father, a prodigious ability associated with the Monkey King.

The Miyazawa Kenji Museum has a photograph of the ruins of a former Silk Road trading city known as Karakhoja or Gaochang located in what is now Xinjiang in western China. Place names from near the city are frequently found in his works. Maps included in Journey to the West sparked his creativity, and he wrote about western deserts and night scenes in Shanghai. He also enjoyed musical performances on the seven-string guqin zither.

Kenji’s connection with China is very thought-provoking. Chinese philosophical principles have been a constant presence at a deep level in Japanese culture. They challenge our current values with their vision of a calm and harmonious world where all things are interconnected.

(Originally written in Japanese and published on October 13, 2016. Banner photo: A message written by Kenji on a building owned by the Rasuchijin Society, an association of local farmers that he established. It reads 下ノ畑ニ居リマス (shita no hatake ni orimasu), meaning “I’m in the field.” Photograph by Ōhashi Hiroshi.)