Steve Jobs and the Rediscovery of Zen

Culture Nov 22, 2016
Coming of age at a time when the counterculture was embracing Eastern mysticism, Steve Jobs ended up as a lifelong practitioner of Zen meditation. Through the lens of Jobs’s amazing life, career, and posthumous impact, we examine the evolution of Zen-style meditation from a spiritual pursuit into a practical health-maintenance tool.

Five years ago, on October 5, 2011, Apple co-founder Steve Jobs lost his battle with cancer. Among the millions mourning the death of this unique genius and visionary was Microsoft Chairman Bill Gates, who conveyed his deep respect for his long-time rival in a statement saying, “The world rarely sees someone who has had the profound impact Steve has had, the effects of which will be felt for many generations to come.”

The name of Steve Jobs is synonymous in many minds with such groundbreaking consumer products as user-friendly personal computers, iPods, and iPhones. But Jobs’s influence on the world did not stop there.

Amid the surge of interest in Jobs’s life and work that followed his death, the media began to highlight the impact of his Zen training under the Japanese master Otogawa Kōbun (1938– 2002). This helped trigger a new wave of interest in Zen specifically and meditation in general that has swept through the West and, ironically, begun making its way back to Japan. In the following, I would like to look at some of the interconnections between Steve Jobs, Zen Buddhism, and Zen’s recent offshoot, mindfulness meditation 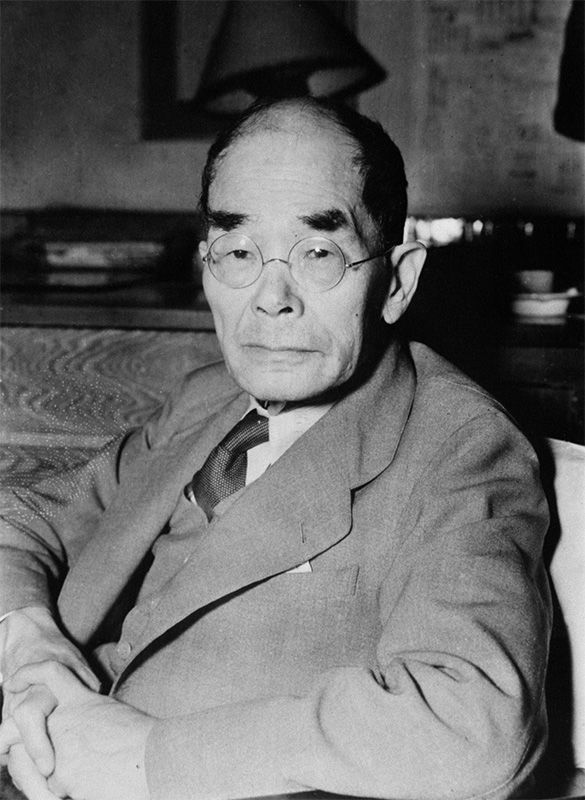 Zen Buddhism is a sect of Mahayana Buddhism that focuses on the attainment of spiritual enlightenment through meditation. Originating in southern India, it was brought to China (according to Chinese accounts) by the monk Bodhidharma, known in Japan as Daruma. Chan, as it was known in China, fell into decline during the Ming dynasty (1368–1644). But by then, the Japanese monk Dōgen (1200–53) had journeyed to China and brought the sect’s teachings and practices back to Japan. The Sōtō and Rinzai schools of Zen took root during the Kamakura period (1185–1333) and spread during the Muromachi period (1333–1568) under the patronage of the Ashikaga shogunate.

Interest in Zen began to develop in the West in the early twentieth century. Two Japanese figures, both named Suzuki, played a key role in introducing Americans to Zen. The first was Suzuki Daisetsu (1870–1966), a scholar who dedicated himself to explaining Zen doctrine to Westerners through his lectures and English-language writings. The second was Suzuki Shunryū (1905–71), a Sōtō Zen priest who founded the San Francisco Zen Center and played a pivotal role in teaching and promoting the practice of zazen (Zen meditation) among Americans during the 1960s.

This, in a nutshell, is how Zen Buddhism came to the United States. But how did Steve Jobs come to Zen Buddhism?

Put up for adoption immediately after birth, Steve Jobs was a spiritual seeker from an early age. As a 19-year-old college dropout, he traveled to India in search of the wisdom of the East, a kind of spiritual rite of passage for young adults of that generation. He also read extensively, of course, beginning with Ram Dass’s classic Be Here Now (1971), and moving on to Suzuki Shunryū’s Zen Mind, Beginner’s Mind (1970), which sparked a lifelong interest in Zen.

Jobs is thought to have heard Suzuki Shunryū lecture before the latter’s death, but the person who was to serve as his spiritual mentor for almost three decades was Otogawa Kōbun, a Niigata-born monk of the Sōtō school who had come to San Francisco to teach at Suzuki’s invitation.

Otogawa was not your typical Buddhist priest. He refused to shave his head. He drank and spent prolifically and shacked up with a series of women. For Jobs—who liked to go barefoot at school and the office and was put on the night shift at Atari because he refused to shower—this freewheeling disdain for convention (both in his teachings and in his personal life) was probably a big part of Otogawa’s appeal. Later, when Jobs was a wealthy man, he donated one of his houses to Otogawa and visited him there regularly. Unfortunately, there is no record of the questions and answers that passed between them. When Otogawa died in Switzerland at the age of 64, trying to save his drowning five-year-old daughter, Jobs was devastated. 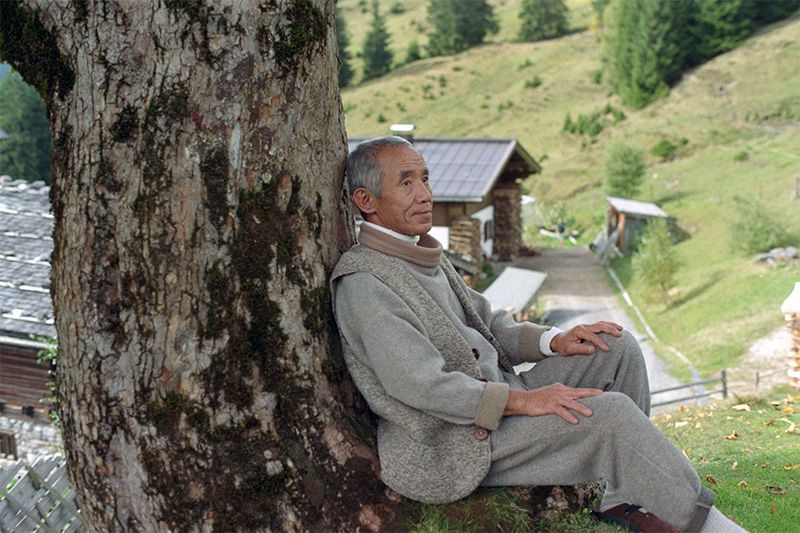 To get a fresh perspective on Steve Jobs and Zen, I talked with Yamashita Ryōdō, one of the most influential spiritual figures in Japan today. From his headquarters in Kamakura, Yamashita travels globally, providing instruction and guidance in meditation to students all over the world, including the United States. Eager to hear Yamashita’s take on Jobs and Zen, I took the Enoden train from Kamakura Station to the quiet, slow-paced seaside community of Inamuragasaki and made my way to Yamashita’s Ippōan (One Dharma Hermitage).

Yamashita believes that Zen informed Steve Jobs’s unique and spectacularly successful approach to product development. “He didn’t do any kind of marketing research,” notes Yamashita. “Through his practice of zazen, he went deep inside to see more clearly what he wanted himself. The things he made resonated deeply with others precisely because they came from a place deep inside himself. For him, the ultimate marketing research tool was discovering what exactly he himself really wanted.” 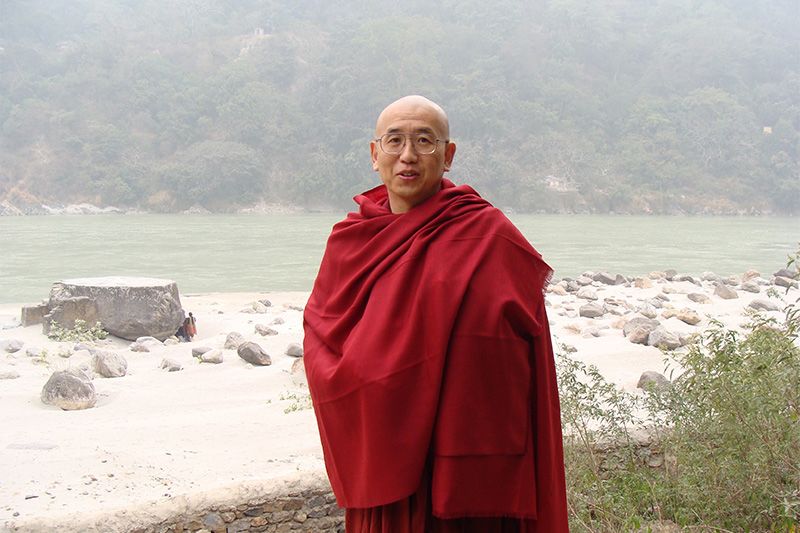 In his well-known 2005 commencement address at Stanford University, Jobs stressed the importance of following one’s heart. “For the past 33 years, I have looked in the mirror every morning and asked myself: ‘If today were the last day of my life, would I want to do what I am about to do today?’ And whenever the answer has been ‘No’ for too many days in a row, I know I need to change something.” Yamashita commented on this mind-set.

“Jobs said you have to question yourself every day and do what you really want to be doing at that time. Very few people can manage that even if they dare to think in such terms. After all, it’s so much easier to see which way the wind is blowing and accept other people’s ideas of how one should live. But Jobs was different. He tried to go deep inside himself to get beyond the conventional way of looking at things and stay in touch with his own unique viewpoint. I think that was what zazen did for him.”

After Steve Jobs’s death in 2011, the media began to highlight this aspect of his “education.” A number of publications carried stories about his Zen training or pieces profiling Otogawa Kōbun. People began to discern the influence of Zen Buddhism in the refined and minimalist design of the products for which Jobs is known. In retrospect, even his trademark attire—blue jeans and a black Issey Miyake turtleneck—began to look like a Jobsian version of the samue, a plain monk’s outfit for daily wear, designed with function and simplicity in mind.

This new awareness of the Jobs-Zen connection fueled a surge of interest in meditation as a possible key to well-being and success in our information-intensive society. American IT firms—not usually known for their spirituality—began offering meditation programs for their employees. Meditation gave these knowledge workers a means of disciplining and focusing their own minds amid the deluge of information that threatened to overwhelm them. Soon meditation was making inroads not only among such IT giants as Google, Intel, IBM, and Facebook but even in the Department of Defense and the Department of Agriculture.

That said, the type of meditation that has swept the world in the past few years is not zazen per se but “mindfulness meditation”—a practice heavily indebted to zazen but divested of Zen’s religious meaning.

The English word “mindfulness” first came into use as a translation of the Pali term sati, or awareness, an essential element of Buddhist practice. In contemporary usage, it refers most often to the ideal of “bare attention”—being fully present and aware of oneself in the here and now without dwelling on the past or looking ahead to the future. Mindfulness meditation as practiced in the West is essentially a secularized version of the kind of sitting meditation that Theravada and Zen Buddhist monks have traditionally practiced in an effort to reach a higher spiritual plane. It involves sitting quietly, even if only for five or ten minutes, and closely observing one’s own breath and the sensations that accompany breathing. The goal is pure awareness without judgment or reflection.

The absence of any religious doctrine or trappings has made mindfulness meditation more palatable to Western institutions and organizations than zazen. Corporations have embraced it as an aspect of employee training, and health care facilities offer it as a treatment for depression and other psychological ills. In Britain, mindfulness training has even been used in schools to reduce stress and associated behaviors, such as bullying.

Indeed, mindfulness has become so popular in the West that software developers have come up with a variety of mindfulness apps available for download. One of these sounds an alarm when it is time to meditate, while also displaying the number of people around the world engaged in the same practice. In the Health app of Apple’s latest iPhone operating system, iOS 10, Mindfulness is one of the four main categories displayed under the Health Data tab, alongside Activity, Nutrition, and Sleep.

What Is True Mindfulness?

The Japanese, paradoxically, have been less enthusiastic about meditation than Americans in recent decades. Although yoga gained some popularity in the 1980s, the practice of spiritual meditation fell into some disrepute following the Aum Shinrikyō terrorist attacks of 1995. Mindfulness, with its nonsectarian orientation, seems to offer a more socially acceptable alternative. The Japanese Association of Mindfulness has been holding meditation sessions in Tokyo twice a month for the past four years, and it also provides periodic instruction in meditation at juvenile correctional facilities.

At the same time, some in Japan insist that “bare attention” devoid of spirituality is no substitute for mindfulness in the true sense of the word. “A lot of people approach mindfulness as a practical tool,” says Konishi Yoshirō of the Japanese Association of Mindfulness. “That’s all right at the beginning. But people need to understand that true mindfulness goes much deeper than that.” Konishi believes that the Zen Buddhist teachings underlying mindfulness are an essential aspect of the practice.

Yamashita Ryōdō is leading an effort to revitalize Japanese Zen and Buddhism in general by teaching meditation based on a deeper, more spiritual understanding of mindfulness. “The mindfulness that’s becoming popular in Japan now arrived here with its bones broken,” says Yamashita. “But once it fully heals, Japanese mindfulness will be the most potent mindfulness in the world.”

(Originally written in Japanese by Koyama Tetsuya and published on October 7, 2016. Banner Illustration by Izuka Tsuyoshi)