A Solution to the Global Water Shortage?

Economy Feb 3, 2017
Every summer brings water shortages in Japan, and this has given rise to a host of water-saving products. One major hit in recent years has been the Bubble90 nozzle that can cut water use by 90% while also improving washing performance. It has been widely adopted in the restaurant industry.

Surrounded by the ocean and with high levels of precipitation, Japan is thought of as having plenty of water. The truth is, however, that Japan has a very low level of usable fresh water. The average annual water availability—that is, the maximum amount of water available to one person—is about 8,000 cubic meters globally. But in Japan, it is only about 3,400 cubic meters. Per capita water availability in the highly populated greater Tokyo area is especially low—roughly equivalent to that in northern Africa and the Middle East. Japan’s mountainous terrain means that rivers are short, and since precipitation is concentrated in the rainy season and typhoon season, rainwater quickly flows to the sea. (See Ministry of Land, Infrastructure, Transport and Tourism, “Water Resources in Japan, 2015.”)

Because of this, there are water shortages in many parts of Japan almost every summer, and calls are made for people to reduce their water use. Today, about 80% of Japanese are conscious of the need to save water in their daily lives. (See Cabinet Office, “Public Opinion Survey on Water Recycling.”) 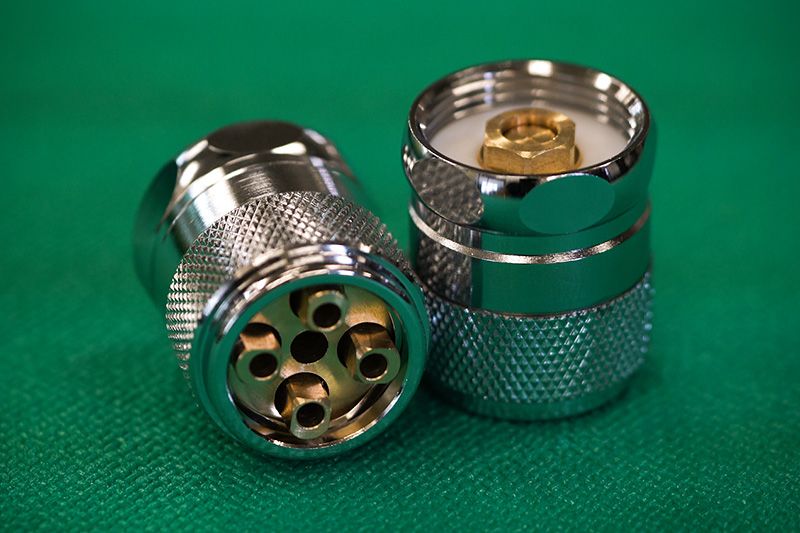 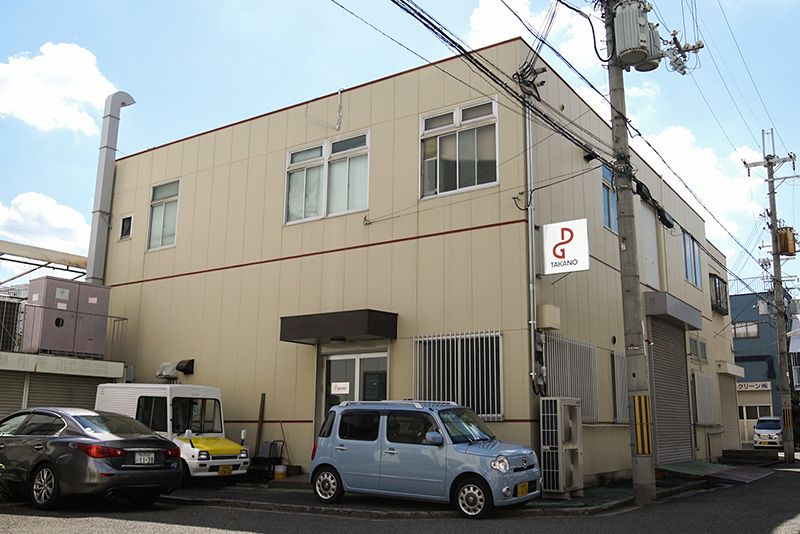 DG Takano is a small factory in Higashiosaka.

This has prompted the development of many outstanding water-saving products in Japan. One recent hit is the Bubble90 water-saving nozzle manufactured by DG Takano Co., Ltd. in Higashiosaka, Osaka Prefecture, which claims to reduce the water used in washing under flowing water by 80% to 95% while also improving washing performance—without the use of electricity.

“The secret to high water efficiency without sacrificing washing power is the ‘pulsating flow’ generated by the Bubble90,” says Takano Masaaki, president of DG Takano who developed the nozzle. “Pulsating flows that continuously release water droplets containing air are used in washing semiconductors and similar items. They are also used in luxury warm water bidet toilet seats. However, those devices rely on electricity. With the Bubble90, we’ve developed the world’s first device that generates a pulsating flow by using water pressure only. And we’ve incorporated this technology into a small nozzle that can easily be fitted onto almost any type of faucet.” 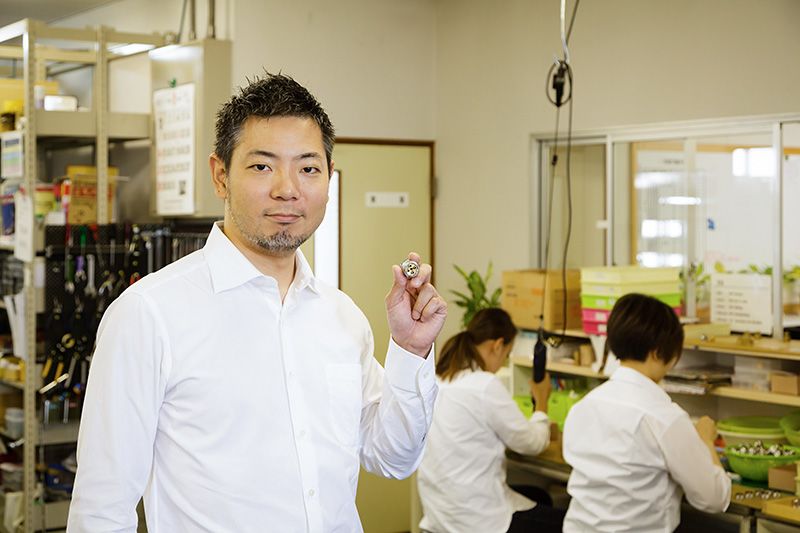 When regular tap water is used in washing, most of the water never actually hits the object being washed. Increasing the water volume will raise the force of the water pushing against the object but will also greatly increase the amount of water that is wasted. The pulsating flow generated by Bubble90 forcefully releases water droplets in a steady pulse at intervals, thus minimizing the amount of wasted water. At the same time, washing power is increased with the vibrational force of wave-like surges. 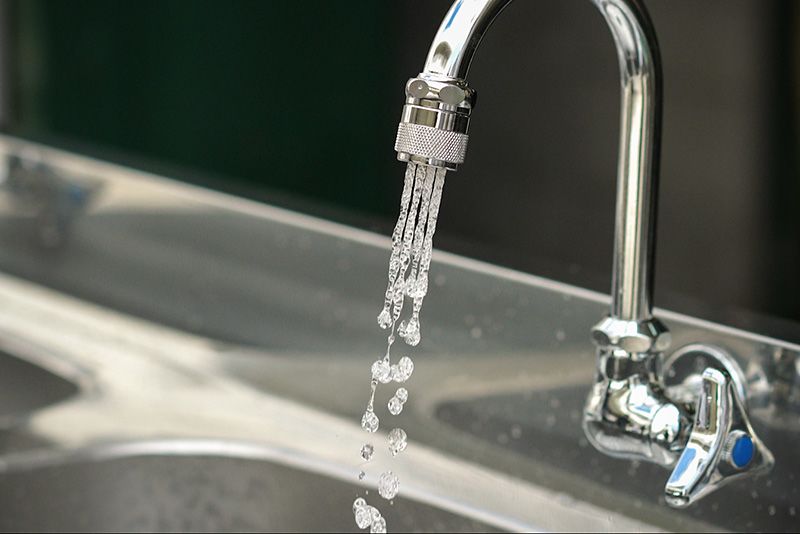 Bubble90 has earned accolades in Japan and other countries for its original technology that generates a pulsating flow without the use of electricity. In 2009, it won the Super Monozukuri Innovative Parts and Components Award in competition against many products from much larger companies. Today it is being used by several major restaurant chains and is in full-time, 24-hour operation in factories.

“Bubble90 is simple to use since it can be easily attached to faucets worldwide. The water flow can also be adjusted, and clogs can be removed with a single push, making it nearly maintenance-free. We’ve received a lot of praise from users for the combination of water conservation, washing power, and ease of use,” says Takano.

↑ See a video of the Bubble90’s pulsating flow, water conservation, and washing power.

Higashiosaka boasts Japan’s highest concentration of small neighborhood factories and workshops, and the skills nurtured there played a large role in the development of the Bubble90.

When Takano launched his company after working in the IT industry, he was asked to help market some water-conserving products for a mail-order company. He looked at the products and thought, “I can do much better than these.” This inspired him to start development on his own.

“As I was doing market research, I discovered that the scarcity of water is an increasingly serious problem around the world, and I decided to focus on this area. My father runs a small factory in Higashiosaka and has a wealth of experience. When I told him about my idea, he came up with a prototype in just a few hours. If I had commissioned the task to someone else, it would have taken at least several days, so his skills were a great asset that enhanced the efficiency of the development work. I’m not taking over my father’s business, but I like to think I’ve inherited his technical skills.” 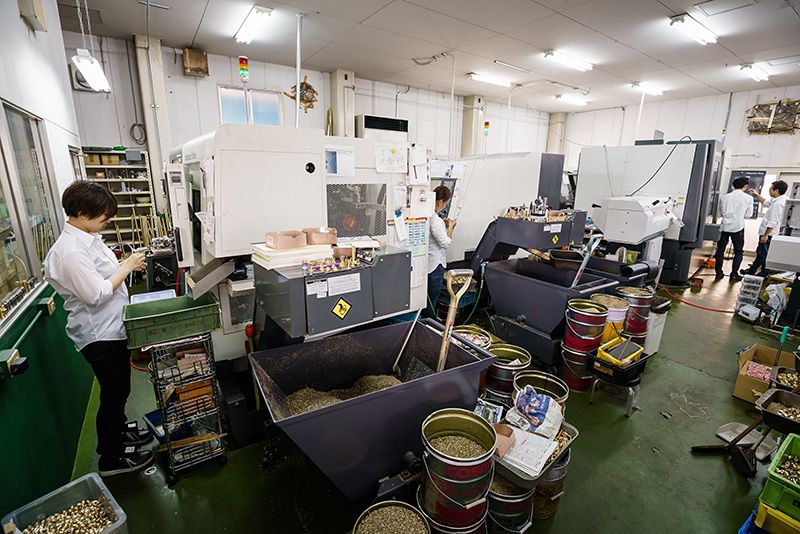 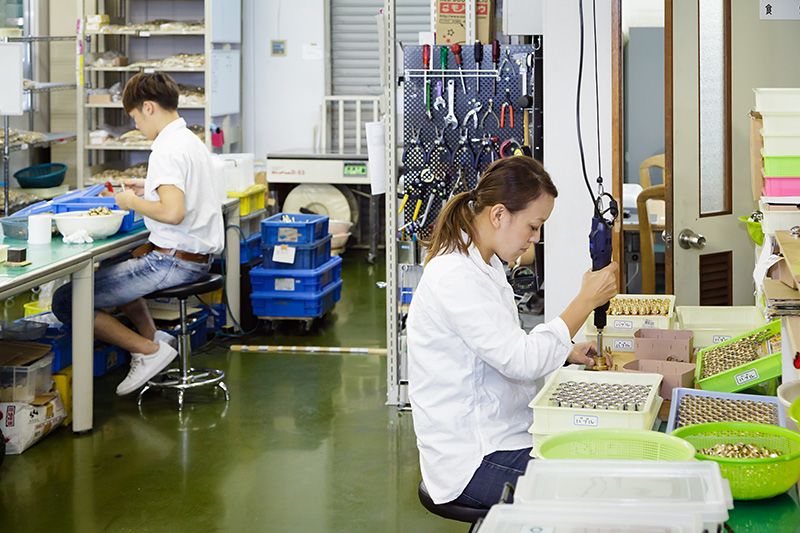 Despite winning a major award in Japan and receiving praise from overseas, the Bubble90 was not an immediate hit.

“When we first started developing the product, Japan was in the midst of an LED lighting boom. Companies were more interested in saving electricity than in saving water,” says Takano.

The Fukushima nuclear accident in 2011 also had a large impact, as the disaster spurred public institutions and private companies to direct their attention toward saving energy by switching to LED lighting. As a result, there were few organizations embracing water-saving products.

“I decided to start a sales company with an acquaintance in Tokyo and changed our sales strategy to concentrate on restaurants. At first we didn’t have much luck, but one restaurant chain let us install them in a single location on a trial basis free of charge. Several months later they came back and said, ‘It’s amazing how much our water costs have come down!’ They decided to install them in more than a dozen restaurants. After that, we used the same method and steadily increased our customers. Together with word-of-mouth, we saw a sudden jump in orders,” says Takano.

A well-known national restaurant chain has installed Bubble90 in many of its restaurants, and Takano’s company has grown from just 3 employees a couple of years ago to more than 50 today. 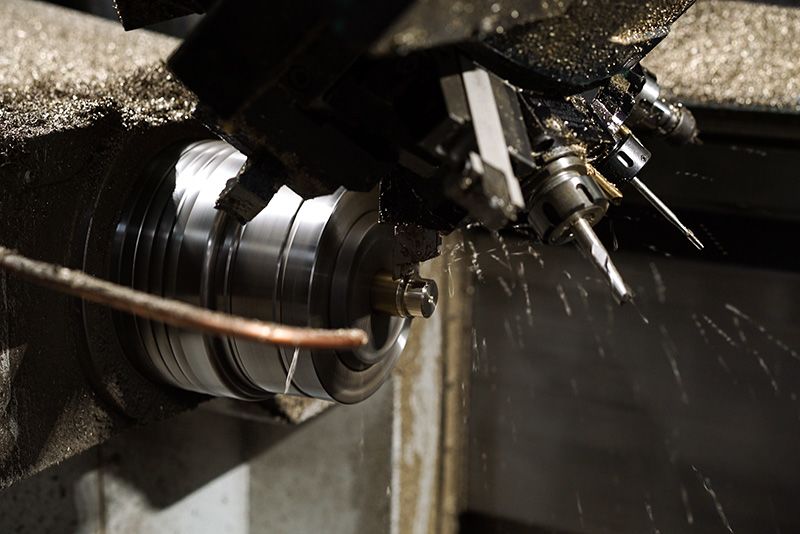 Each Bubble90 is machined with precision.

A Solution to a Global Problem

Today the Bubble90 is marketed only to businesses, and there are no home versions for sale yet. But surely there is great latent demand for a product that is so effective in conserving water.

“Currently we can barely keep up with orders from restaurants, and our sales department has all that it can handle. We hope to slowly build up our organization and are looking to launch a home-use version in 2017,” says Takano.

The Bubble90 is currently being used in washrooms in schools, hospitals, and factories in addition to restaurants. It is also used to wash parts contaminated with toxic substances, and the result has been a dramatic reduction in the amount of polluted wastewater to just 10% of previous levels.

In recent years, the global decline in water resources due to abnormal weather has been a concern along with water pollution. The Bubble90 has demonstrated its effectiveness and is promising for the contribution it can make to preserving the environment.

“The Bubble90 was originally developed to be attached to faucets to reduce the amount of water used in washing under running water. This alone makes it an environmentally friendly product. In Japan, the amount of tap water conserved can be converted to CO2 reductions. The Bubble90 can also be used for hot water, and decreases in the amount of hot water used will lead to decreases in electricity or gas consumption. Thus, it can also be considered a total energy-saving product. We want to build up solid manufacturing and marketing systems that take full advantage of ideas, technical skills, and production skills so that people around the world can use Bubble90,” says Takano. 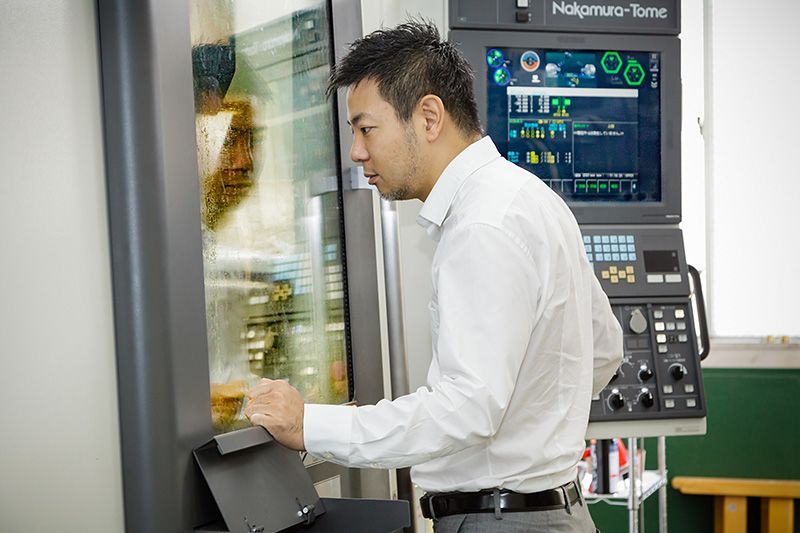 Takano operates the latest machine tools himself and is involved in development and manufacturing.

(Originally published in Japanese on October 14, 2016. Photos and video by Miwa Noriaki.)