Culture Dec 14, 2016
In the chill of winter, a Japanese romantic ideal is walking with a loved one through a spectacular light display. From simple beginnings a century ago, Japan’s biggest displays are now very large indeed.

Japan has had Christmas light displays for over a century. The first retailer to add some sparkle to the season was Meidi-Ya, a purveyor of high-end imported goods; its lights simultaneously commemorated the 1900 opening of its Ginza store. The primitive miniature bulbs used then have given way to LED displays that transform dark winter streets into shining dream landscapes. As the year draws to its close, what better way to appreciate the festive mood than to stroll through a radiant, romantic display with someone you love? 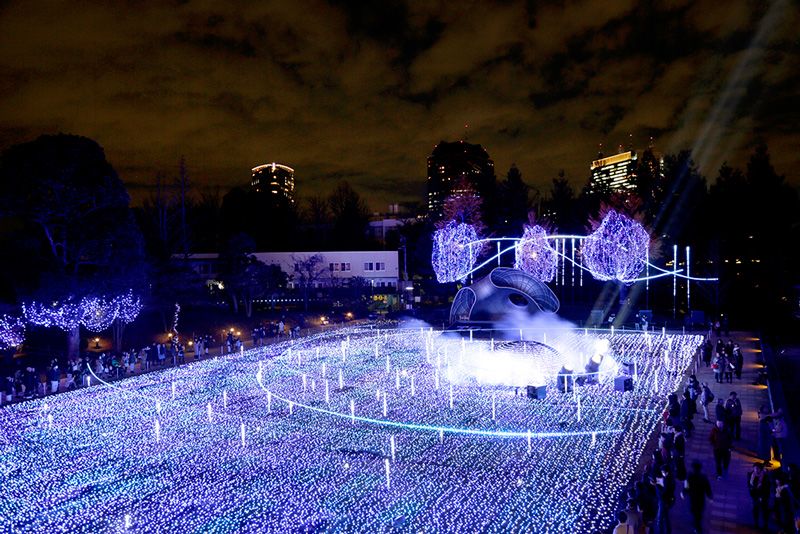 Outer space is the theme for the Starlight Garden, where a light and music show unfolds. 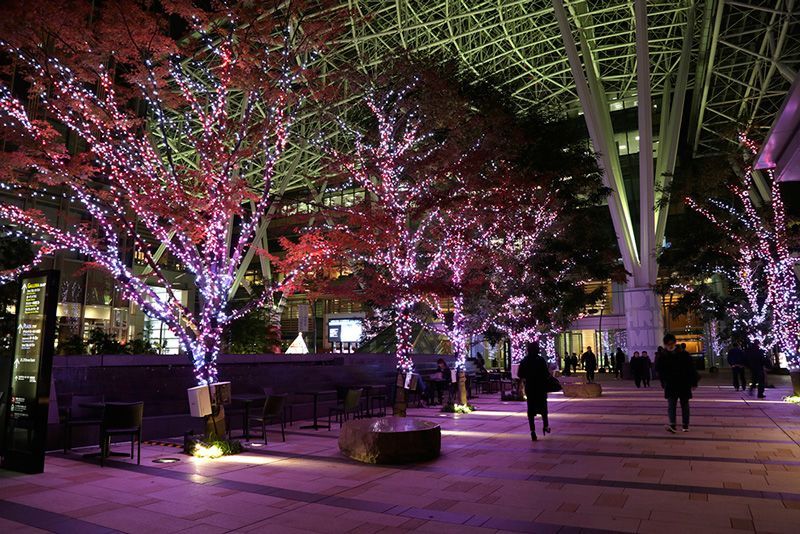 Welcome lights at the entrance constantly cycle through a rainbow of colors. 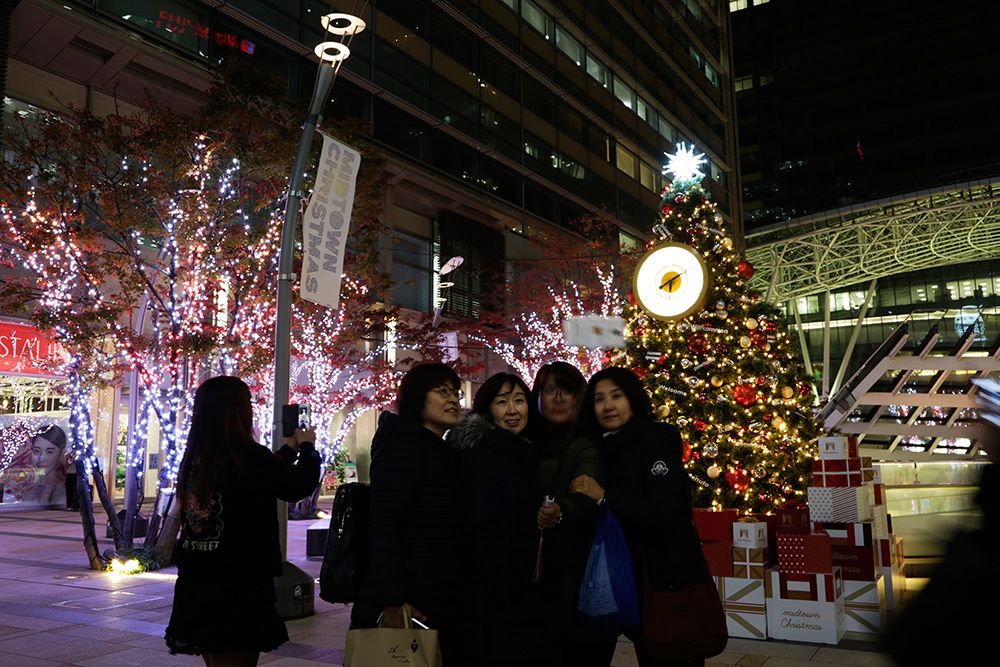 The Welcome Tree plays Christmas songs to signal when the lights go on at five o’clock each afternoon. 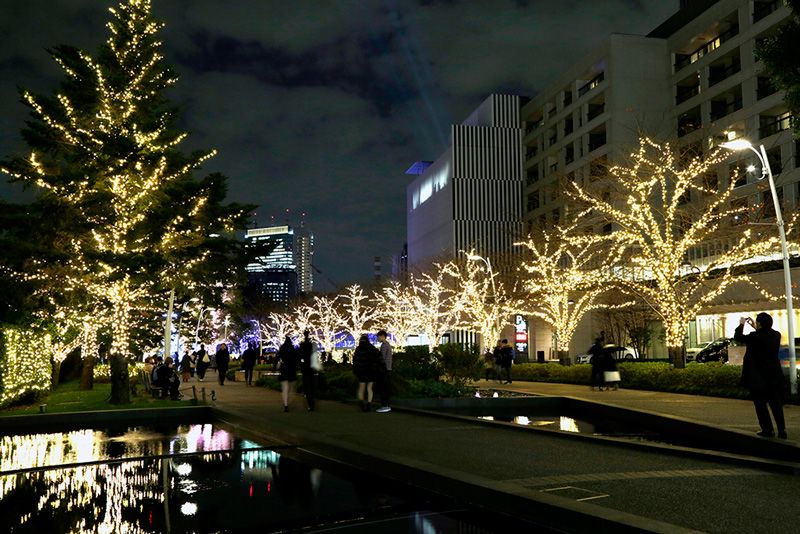 Trees lit up like candles reflect off the nearby water at the Tokyo Midtown garden.

The Sagamiko Illumillion takes place each year in Sagamihara to the west of Tokyo. This attraction within the Sagamiko Resort Pleasure Forest amusement park outshines Tokyo Midtown with 6 million LED lights. There are ten themed displays across the 30,000 square meters of the venue, created around concepts including a field of flowers, a waterfall, and the ocean. 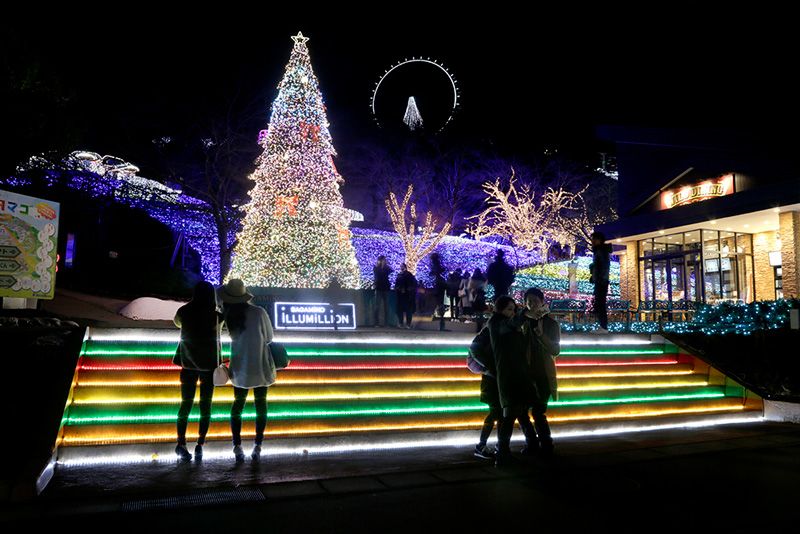 A colorful stairway leads to a Christmas tree at the Illumillion entrance. 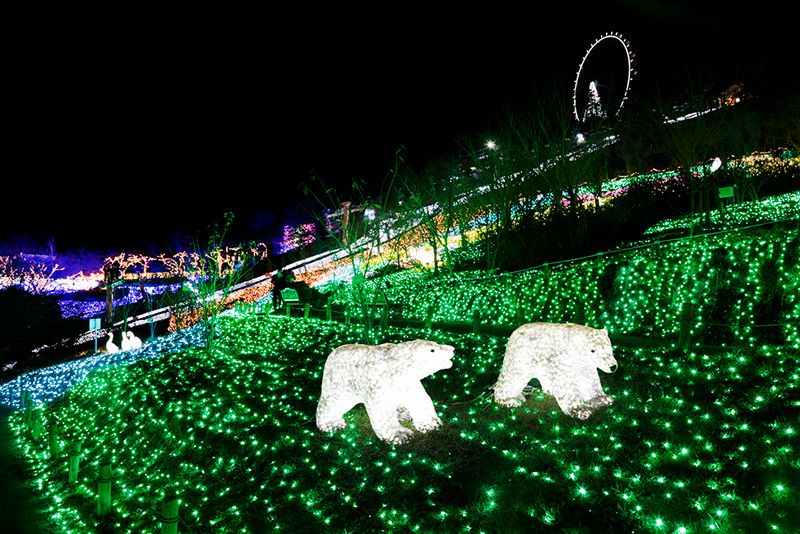 Friendly polar bears among the greenery at the Zoo of Light. 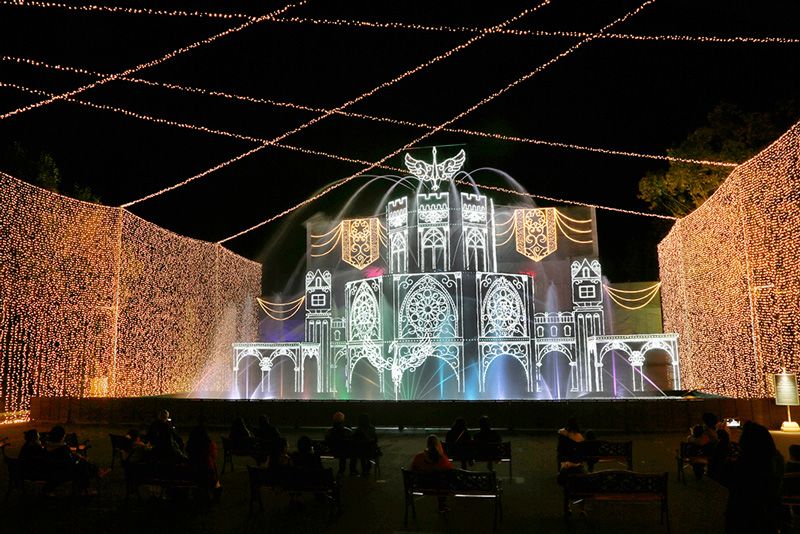 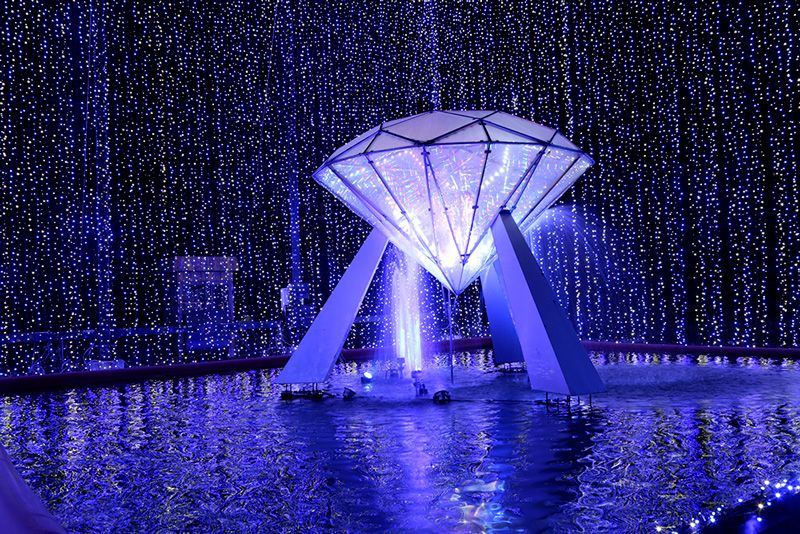 A giant, sparkling diamond rests at the heart of the Niagara of Light. 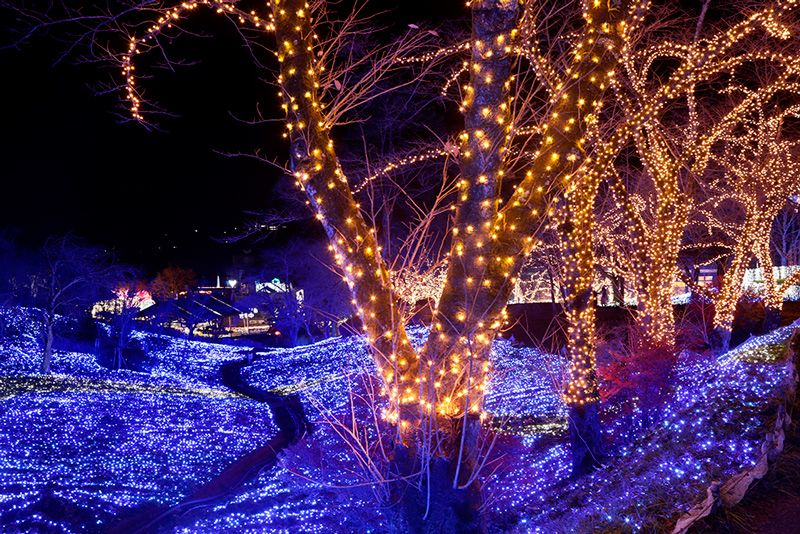 A sea of blue lights covers the hillsides.

The 65 zelkova trees (keyaki) that line the street of Keyakizaka are festooned with 1.2 million light bulbs. They change color at different times, creating a variety of magical atmospheres. 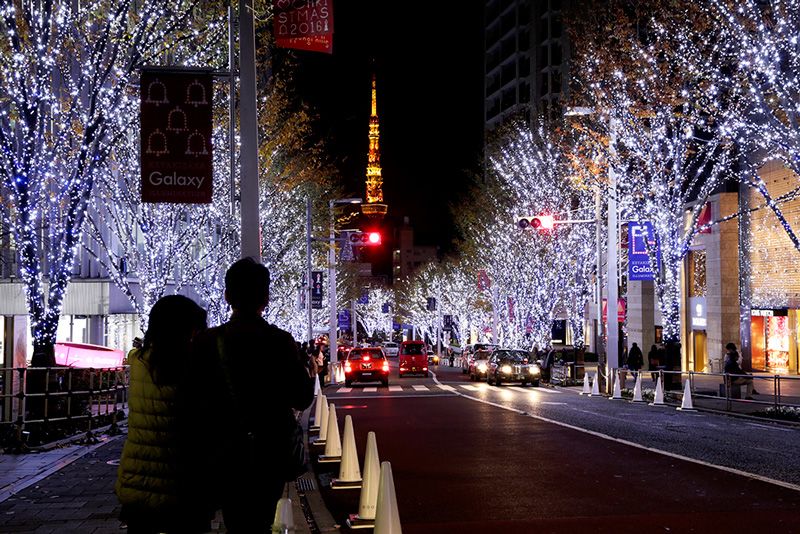 Blue and white lights contrast with the red and white of Tokyo Tower in the distance. 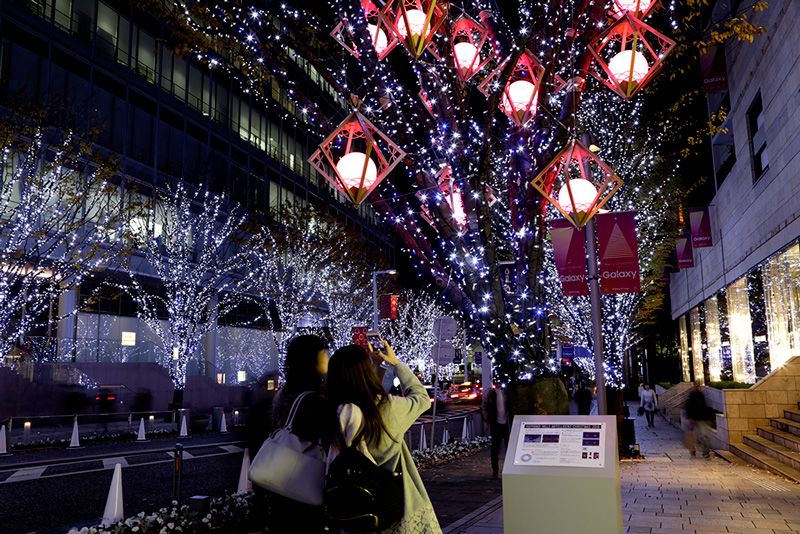 Visitors can select the colors and sequences of the lights by downloading the Catch the Power app. 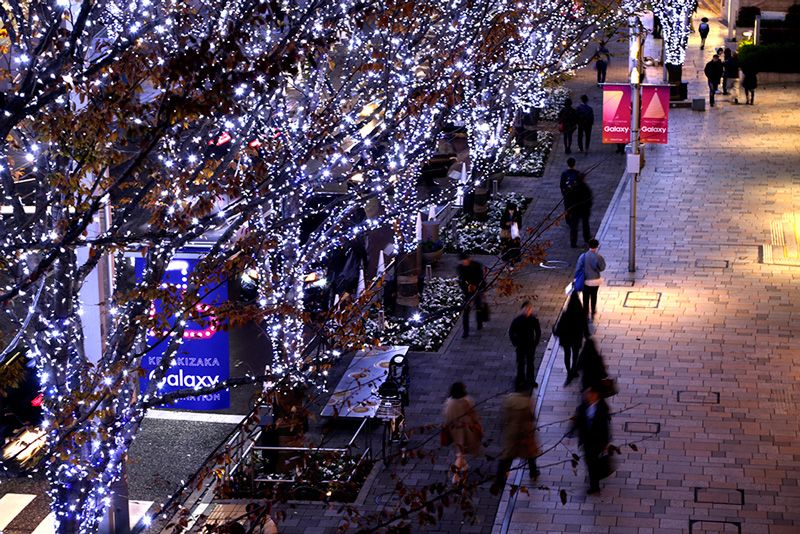 (Originally published in Japanese on December 12, 2016. Photographs and text by Nagasaka Yoshiki. Banner photo: A couple takes a souvenir photo at Niagara of Light, Sagamiko Illumillion.)