Photo Curator Itō Takahiro on the Photography of the Heisei Era

Culture Aug 4, 2017
Few museums anywhere in the world specialize solely in photography and video. The Tokyo Photographic Art Museum, which reopened in 2016 after a major renovation, plays a singularly important role even in Japan, which is known for its robust photographic culture. We spoke with Itō Takahiro, curator of a major show at TOP, about the museum and the art it shares with the world. 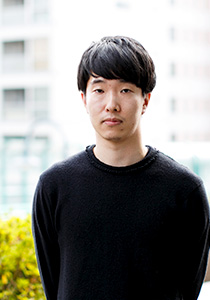 Tokyo Photographic Art Museum curator. Born in Tokyo in 1986. Joined TOP in 2013 after curating at the Musashino Art University Museum and Library. Major exhibitions he has been involved in include In the Here and Now, the first part of the Scrolling Through Heisei series of exhibits to mark TOP’s twentieth anniversary, and Concepts and Incidents, a retrospective of works by Yamazaki Hiroshi.

Itō Takahiro did not start out to be a curator at TOP, the prestigious Tokyo Photographic Art Museum (formerly the Tokyo Metropolitan Museum of Photography). In fact, he did not even choose the art department when he first entered college. Yet a series of coincidences turned his passing interest in Japanese photographers from the 1990s into a career. Now, with the groundbreaking exhibition at TOP of his In the Here and Now, the first of a three-part series of shows celebrating the museum’s reopening after a complete redesign and its twentieth year of activity, the spotlight is on Itō as a photography curator just as it is on the artists he showcases.

“The artists who first stirred my interest were Japanese photographers like Sanai Masafumi, who were born in the 1960s and 1970s and were active during the 1990s,” Itō says. “When I was still a junior in college I started working part-time in a bookstore that carried lots of art books. This gave me the chance to see many different kinds of photo collections when we were ordering stock or planning store events. I encountered the works of lots of other photographers, and got to the point where I knew their names by heart. I had a growing feeling that doing something with photography might prove interesting.” He decided it was time to finally commit himself seriously to photography, and enrolled in graduate school to study under Kuraishi Shino, the author of numerous critical works on photography and art.

It was a fortuitous decision. In 2003 Kuraishi organized an exhibition of the works of Nakahira Takuma, a major photographer from the 1960s and 1970s, for the Yokohama Museum of Art. “I buried myself in Nakahira’s writings,” Itō recalls today. “I was heavily influenced not only by his photographs themselves, but by his theory of photography. In fact, I began to feel that I was so influenced by him that I started deliberately trying to put some distance between his work and my own. That was when I decided to focus on my own original area of interest, Japanese photography from the 1990s on.”

It was also during this period that Itō found himself drawn to the works of the German photographer Wolfgang Tillmans. “I was entranced by the strength and suppleness of his work,” he says today. “Tillmans’s pictures are studies of everyday life, yet at the same time they are closely tied to his identity as a gay man and to the political tides of his time. They make unambiguous statements, but they do it without shouting at you. They give voice to them in a stylish, ‘no frills’ way. I felt that his style didn’t have many equivalents in Japan, and I think many Japanese have fallen under his influence.”

For a time Itō pondered how he could learn to take photos like Tillmans. He even tried shooting with the same models of cameras that Tillmans and Sanai used. But along the way he came to an unexpected realization. He found that what he really enjoyed, even more than taking his own photographs, was the process of selecting and arranging them afterwards. “The more opportunities I had to interact with photographs, the more I found myself fascinated by the conceptual side of planning and assembling photo collections and exhibitions,” Itō says. “That’s what led me to my present work.”

If you look back over the history of early postwar photography in Japan, Itō explains, you find that distinct sets of photographers and photography critics—groups like the famous VIVO cooperative founded in 1957 and the photographers who self-published the challenging Purovōku (Provoke) magazine in the late 1960s—were instrumental in creating new currents in the field. In the 1990s, though, that all began to change.

“The Japanese photographers of the 1990s didn’t come together or work with colleagues to try to create a specific kind of photography, at least not in the overt way their predecessors did,” Itō says. “Yet once you research them, you find that they were keenly aware of the other photographers of their generation, saw them as rivals, and were always tracking what they were doing.”

Since the 1980s, galleries specializing in photography had been popping up across Japan even as art museums started founding their own specialized photo departments. All these new developments offered photographers new avenues for presenting their work. Yet even today, Itō says, the photo collection remains a crucial medium, and the designers of those collections still serve as a hub connecting Japanese photographers with one another.

In addition to this focus on producing collections, Itō notes, Japanese photographers have historically been very conscious of the power of words. Many have published critical statements and declarations about the connection between words and photography. In the 1990s, however, this, too, began to change.

“Compared to their predecessors, the photographers of the 1990s didn’t try to verbalize their photographic concepts or the other aspects of their work,” Itō explains. “I don’t know if this was a conscious decision or not, but it strikes me as a pushback against the previous generations that had relied so heavily on words.”

The 1990s photographers, he argues, had an intense desire to show what they were trying to achieve through their pictures alone. “I don’t mean that they were saying directly, ‘We’re not interested in words,’ or ‘Just look at my pictures,’” he explains. “Rather, I’m suggesting that they were deeply conscious of the inherent danger of trying to use words to describe a photograph. I suspect that they sincerely did not want to make pictures that could be easily described with words, and they also didn’t want the viewer’s interpretation of their photography to be ‘distorted’ by words.”

In fact, Itō says, he even feels a certain poignancy in the works of the photographers of this generation.

“Even if they were simply out taking snapshots around Tokyo, there were already famous Japanese masters of photography who had shot those very same places before them,” he says. “Even Japan’s cityscapes themselves were becoming more homogenous, with the chaotically photogenic landscapes of the past disappearing fast. There were many photographers of their generation who pondered deeply about what themes they should be addressing in their work—who thought keenly about their modes of expression. I personally believe that those kinds of thoughts and feelings can only come to full fruition on the printing paper itself.”

Itō was instrumental in the planning and execution of In the Here and Now, a recent TOP exhibition that focused on these Japanese photographers from the 1990s and beyond. In the past, the curator explains, “there had never been an opportunity to view these photographers’ body of work pulled together in one place in an exhibition format, even if they’ve already been introduced individually through their own photo collections.” Indeed, many of those collections themselves are long out of print, and are virtually impossible to find today, making the exhibition an even more significant event. 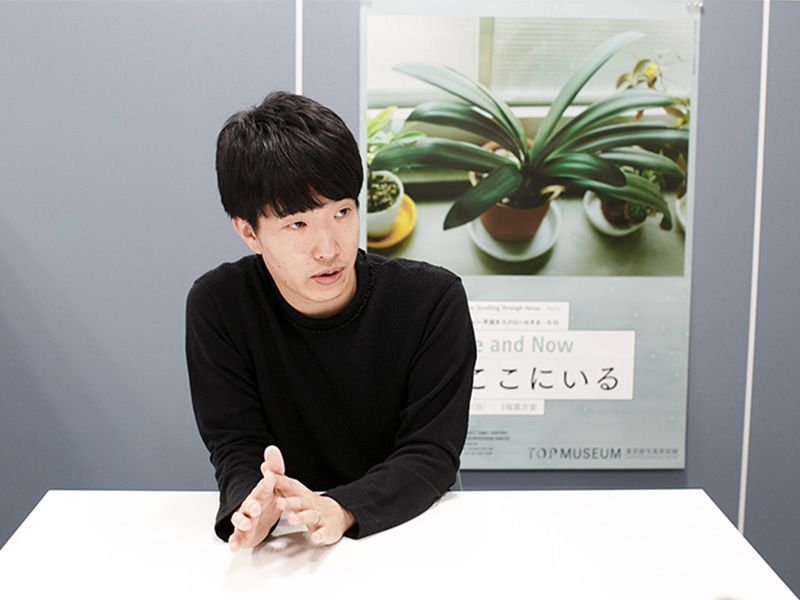 “I think it’s going to take more time before we can properly understand the full significance of the work of these photographers,” says Itō. “But it’s my hope that this exhibition will stoke interest in Japan’s photographers of the 1990s and spur a lively debate.”

Recently, Itō says, he has detected a heightened awareness internationally of those once neglected 1990s Japanese photographers who put him on his present path. “When I talk with people from the photography world outside Japan, I sense a growing interest abroad in the Japanese photography of the 1990s and more recent years,” he says. “Through this show I hoped to reach many visitors from overseas—to give them their first encounter with the allure of 1990s photography in Japan.”

(Originally published in Japanese on May 22, 2017. Text by Matsumoto Tomoki. Photos by Takahashi Munemasa.)

TOP hosted In the Here and Now, the first part of its Scrolling Through Heisei exhibition series, from May 13 to July 9, 2017. See the Tokyo Photographic Art Museum website for information on current exhibitions.