The Simple Joys of Japanese Stationery

Culture Oct 19, 2017
The Tsubame notebook first appeared seven decades ago and has become an iconic fixture in Japan. Since its debut it has garnered many fans, including the likes of film director Kurosawa Akira and French fashion designer Agnès B. The company that makes the sturdy, easy-to-use item has begun to branch out with new product series, but continues to insist on the quality that has been the bedrock of its success.

In the heady days of the early postwar era, Watanabe Hatsusaburō, founder of the Tokyo-based stationery maker Tsubame, had one thing in mind: to make a high quality, inexpensive notebook. In 1947 he launched the Tsubame nōto, a simply designed, multipurpose notebook. Its straightforward look—speckled gray cover, black-taped spine, gold-embossed product number—and high-grade paper have remained hallmarks over its seven decades, helping make it one of the longest selling and most recognized stationery items in Japan.

According to Watanabe Seiji, second-generation director of the firm, the product was born out of necessity. “Just after the war Japan was awash in cheaply made stationery,” he explains. “Hatsusaburō felt that the country needed affordable, well-made notebooks to sustain its long, rich writing culture. He joined forces with a local paper manufacturer to develop high-quality, inexpensive sheets based on foolscap writing paper imported from Britain, binding these together into a sturdy product. The notebook was a little more expensive than competing products, but people liked the feel when they wrote and it quickly became a hit.” 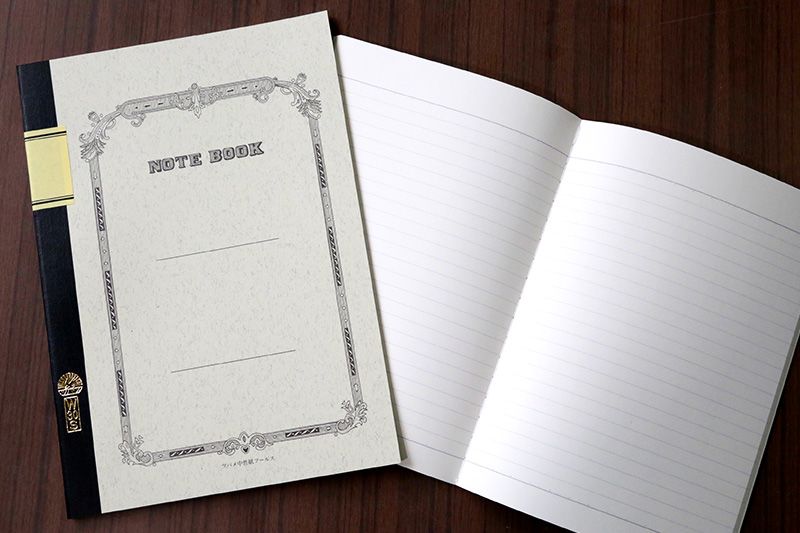 Tsubame notebooks come in A5 and B5 sizes and offer various numbers of pages, costing from ¥160 to ¥500. 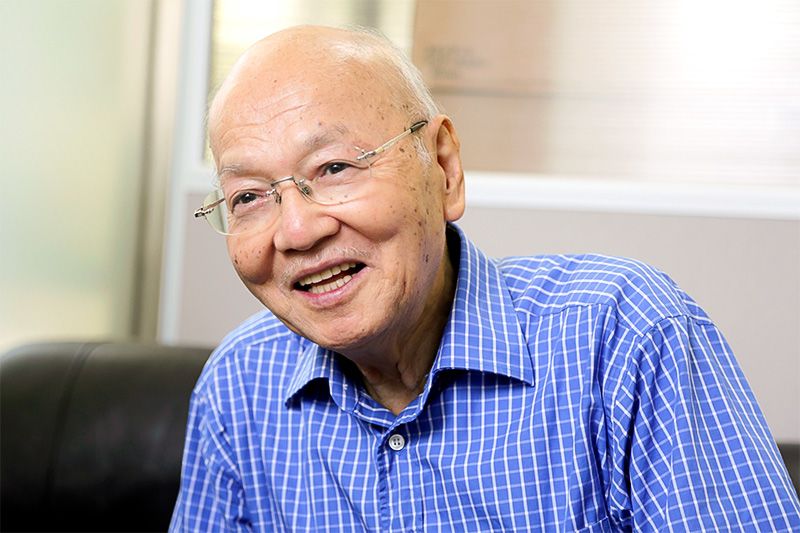 Watanabe emphasizes Tsubame’s absorbent, acid free-paper developed in tandem with local company Jūjō Paper (now Nippon Paper Group) as the greatest contributor to the notebook’s long-running success. “The head of a fountain or ballpoint pen slides across the paper cleanly and without any pooling,” he says. “And we line the pages with water-based ink, so there’s no discernable ridging like you get with offset printing using oil-based inks.” The result is a satisfyingly smooth, smudge-free writing experience.

The only significant change Tsubame has made over the years came in response to customer feedback: It lightened the shade of the paper. But Watanabe is quick to point out that the firm does not use fluorescent dyes, so the pages remain easy on the eyes.

Lining Up for Success

Another alluring feature of the Tsubame notebook is its durability. The firm has steered clear of less costly glue-binding techniques, preferring to stitch each notebook so pages stay firmly in place even under heavy use.

Tsubame is equally fastidious about how it lines its paper. Machinist Iguchi Hiroshi oversees the process at a small workshop in Tokyo using a printer that has been in service for more than 50 years. With careful attention he stacks paper into a feeder and confirms that the antique machine is producing perfectly straight lines. This hands-on method flies in the face of prevailing mass-production models, but such attention to detail has been a Tsubame trademark since the beginning. 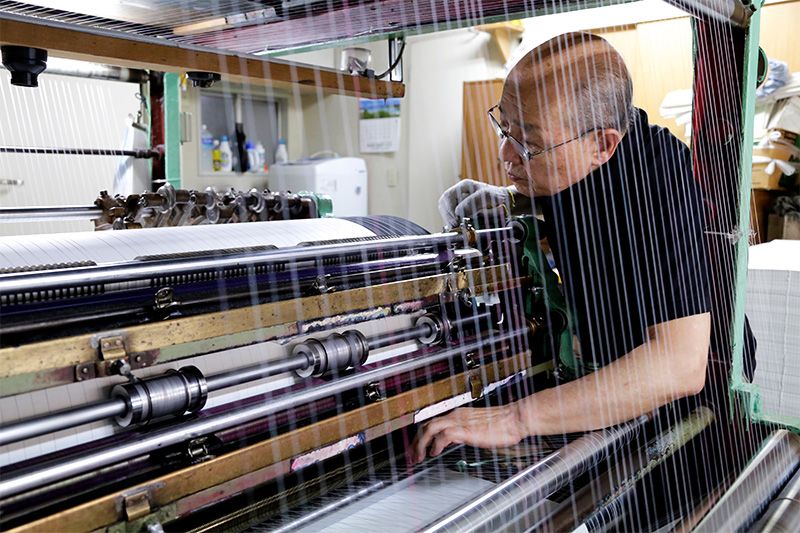 Machine operator Iguchi Hiroshi checks that everything is moving along smoothly. 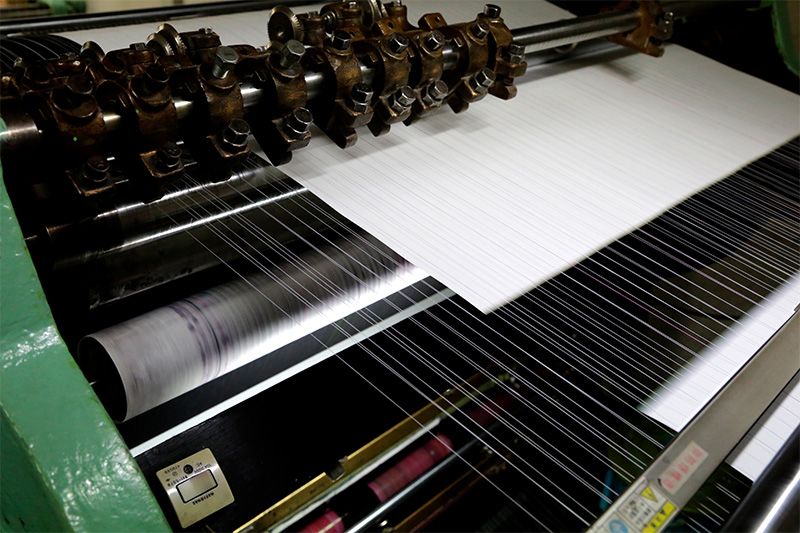 Sheets move through the printing machine. 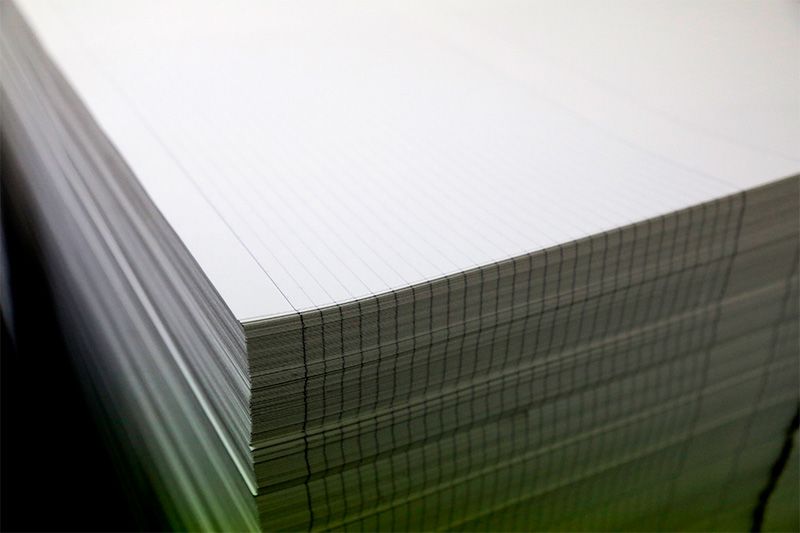 A stack of notebook paper ready for binding.

New Additions to a Familiar Design

Tsubame over the years has joined forces with various companies and brands to create special series of its long-selling notebooks. One of the more successful collaborations has been with Disney. Tsubame first began producing notebooks that incorporate Mickey and Minnie Mouse into the cover design nearly a decade ago. These proved to be a huge hit among fans, who enjoy the clever ways the characters are integrated into the product’s classic look.

Looking to the future, Tsubame has begun to move into new markets overseas. It sells its notebooks at select shops in London, New York, Paris, and other cities. The firm is also hard at work creating new products. It recently teamed up with Orii, a company in Takaoka, Toyama Prefecture, to produce a hardbound notebook featuring the area’s 400-year-old copperware tradition. Other projects include designing a specialized wedding planner for Japanese bridal magazine Zexy. 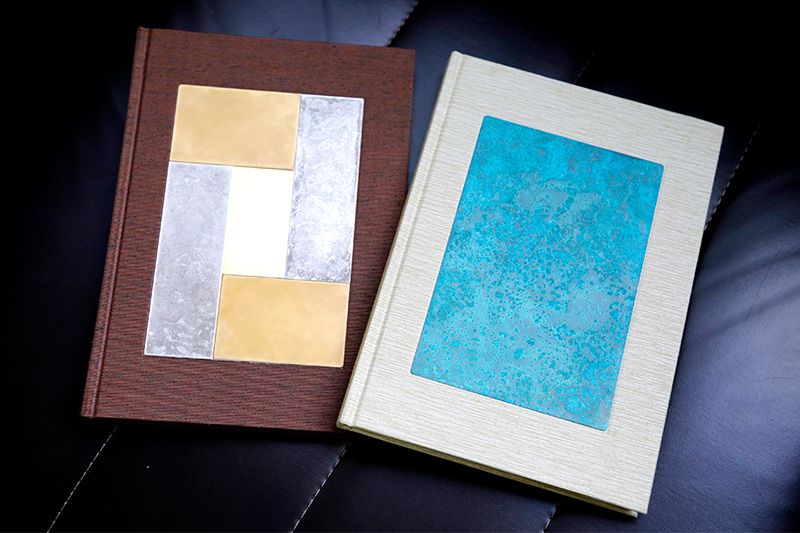 At ¥8,000 including its elegant carrying case, the Takaoka copperware notebook is expensive but artistic. 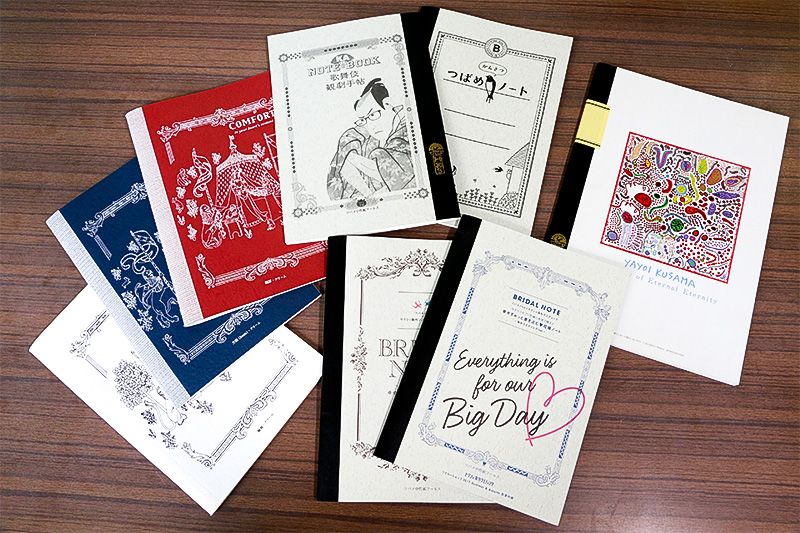 A small sampling of the special-edition notebooks Tsubame has made.

While forging new ground, Tsubame continues to honor its humble beginnings. “We included the initials of the founder in the product numbers,” Watanabe professes proudly. “The B5 notebook carries a W for Watanabe and the A5 size an H for Hatsusaburō.” 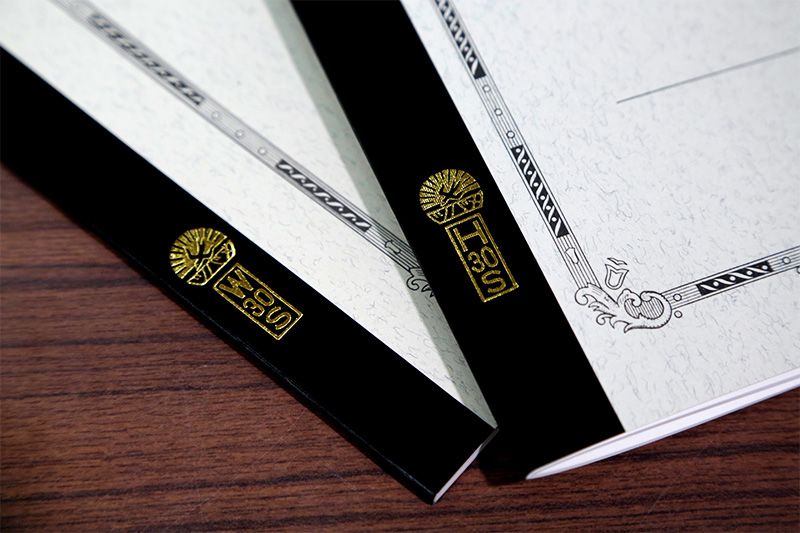 The initials of Tsubame’s founder Watanabe Hatsusaburō are part of the product numbers stamped on the spine of notebooks.

(Originally published in Japanese on September 27, 2017. Photos by Nagasaka Yoshiki.)