The Tomioka Silk Mill, a site connected with Japan’s early silk industry, is set to receive World Heritage status in the near future. The International Council on Monuments and Sites (ICOMOS), a UNESCO advisory panel, conveyed its recommendation for registration to Japan’s Agency for Cultural Affairs on April 26.

A Model for Innovating the Silk Industry

The Tomioka Silk Mill was built in 1872 by the Meiji government as part of its modernization efforts. Constructed in the city of Tomioka, Gunma Prefecture, the plant improved the quality and production volume of silk, Japan’s largest export at the time and a key source of foreign revenue. Equipped with Western-style silk-reeling machines, the country’s first government-run silk manufacturing facility served as a model for the industry.

The mill passed into private hands in 1893 and continued operations for more than a century in all until it finally closed in 1987. The plant escaped damage during World War II, and preservation efforts undertaken by the facility’s owner, Katakura Industries, have made it the only remaining government-built factory from the Meiji era (1868–1912) still in its original condition. In its recommendation that the Tomioka plant be inscribed on the World Heritage rolls, ICOMOS cited the use of imported French technology to rapidly create a modern production system and the mill’s role in transforming sericulture and the silk industry.

Formal registration will take place at the June meeting of the World Heritage Committee in Doha, Qatar. Registration would make the Tomioka Silk Mill Japan’s eighteenth World Heritage Site. Today there are 13 cultural sites, including Mt. Fuji, Himeji Castle, and the Atomic Bomb Dome in Hiroshima, and four natural sites, such as Yakushima and Shiretoko, registered. 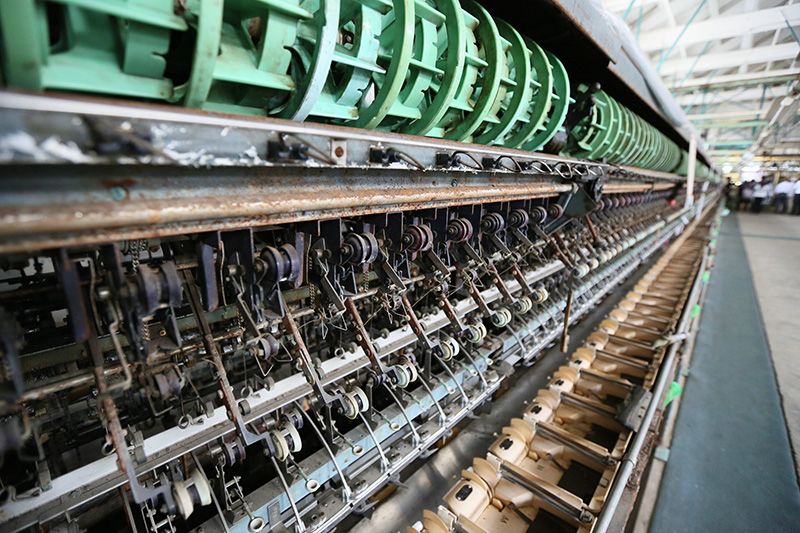 Standing at the center of the Tomioka facility is the reeling mill. When it was first built, the 140-meter long, 12.3-meter wide, and 12.1-meter tall building was the largest structure of its kind in the world. Women recruited from around the country operated the mill’s silk-reeling machines in shifts of 300 workers to produce high-quality silk thread.

Other buildings at the Tomioka site, including the east and west cocoon warehouses and dormitories for foreign instructors, have also been maintained in their original state.

The Japanese government placed the Tomioka site on a tentative list for UNESCO World Heritage status in January 2007 and formally nominated it in 2013, citing the mill’s important industrial heritage.

The Tomioka Silk Mill has been open to the public since 2005. Information about the mill is available on the mill’s multilanguage website.