The death of Takakura Ken, a Japanese movie legend who rose to fame in 1960s yakuza films and later gained international recognition through appearances in Hollywood productions, was announced on November 18, 2014. His company, Takakura Promotions, reported that the actor had died of malignant lymphoma in a Tokyo hospital on November 10. He was 83.

Takakura was born in Fukuoka Prefecture in 1931. After graduating from Meiji University he was signed by the Tōei film studio in its second “New Face” auditions in 1955 and made his debut the following year in Denkō karate uchi (Lightning Karate Blow). In the 1960s and 1970s, he starred in a succession of hit gangster films including the Nihon kyōkakuden (Tales of Japanese Chivalry), Abashiri bangaichi (Abashiri Prison), and Shōwa zankyōden (Remnants of Chivalry in the Shōwa Era) series. These stories of outlaw heroes who bear up through unreasonable treatment to win their revenge drew legions of fans among not only the ordinary workers of Japan’s high-growth years, but also the young people throwing themselves into student activism. 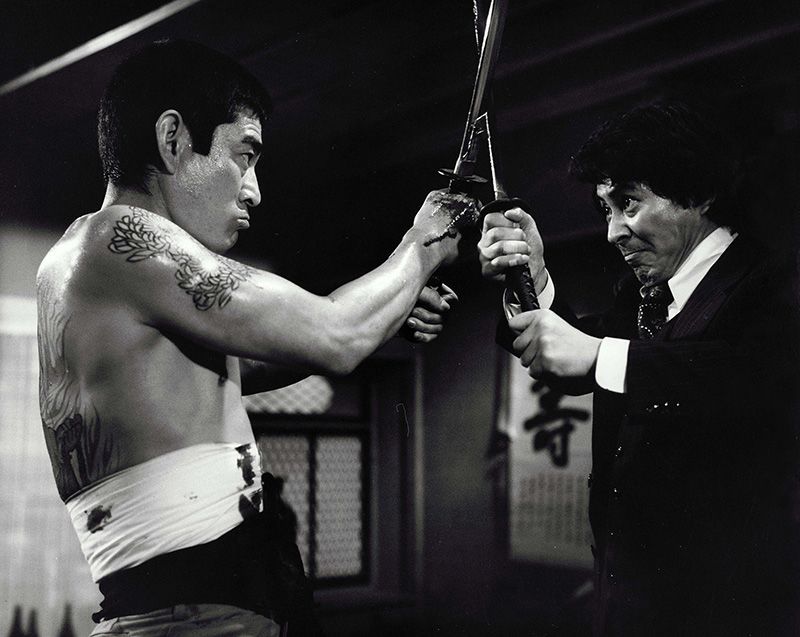 Takakura Ken (left) in a scene from the 1974 Hollywood movie The Yakuza. (© Warner Bros/Kobal/Jiji Photo)

Takakura later expanded to a range of action and dramatic roles, appearing in several major Japanese films. He won the first Japan Academy Award for best actor for Shiawase no kiiroi hankachi (The Yellow Handkerchief) in 1977. On the global scene, he appeared in the 1989 Hollywood hit Black Rain and the 2006 Chinese-Japanese coproduction Tanki senri o hashiru (Riding Alone for Thousands of Miles), directed by Zhang Yimou. He also won the Montreal World Film Festival award for best actor for Poppoya (Railroad Man) in 1999.

Takakura was best known for playing close-mouthed but compassionate tough guys. As the biggest star in Japanese film, he was called Ken-san out of respect and affection. He won four Japan Academy Awards, the most of any actor, received the Medal of Honor (Purple Ribbon) in 1988, was named a Person of Cultural Merit in 2006, and was awarded the Order of Culture in 2013.

(Banner photo: Takakura Ken speaking in a Tokyo interview to promote his last film, Anata e [To You], on July 27, 2012. © Yomiuri Shimbun/Aflo.)