Strong earthquakes shook Kumamoto Prefecture and surrounding areas last week, with the main shocks coming on April 14 and 16. They destroyed vital infrastructure, toppling homes, and triggering landslides around the region. Public broadcaster NHK reports that as of the morning of April 18 the temblors have killed 42, with around 10 people still missing. Approximately 200,000 residents have fled their homes as ongoing aftershocks rattle quake-stricken areas—including foreshocks, more than 500 tremors have occurred since Thursday.

Earthquakes Over M5.0 in Kumamoto and Ōita Prefectures

A magnitude 7.3 temblor centered 12 kilometers underground rocked Kumamoto and neighboring areas in the early morning hours of April 16, just two days after a strong tremor severely damaged building and sent residents fleeing. The Japan Meteorological Agency later announced this second seismic event, which was on the same scale as the 1995 Great Hanshin-Awaji Earthquake, to be the main quake. 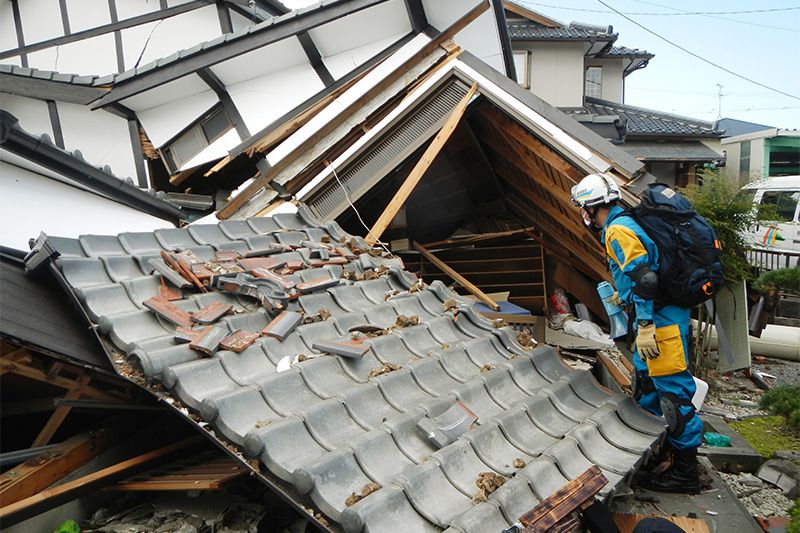 Rescue workers from the Aichi Prefectural Police search for survivors amid the rubble of a collapsed home in Mashiki, Kumamoto Prefecture, on April 17, 2016. (© Jiji)

The string of quakes started at 21:26 on April 14 with a large tremor centered in the town of Mashiki, Kumamoto Prefecture. The temblor produced shaking of 7 on the Japanese seismic intensity scale in Mashiki's Miyazono district, the first shaking on this scale since the Great East Japan Earthquake in March 2011. Rescue workers labored overnight to free victims trapped by debris, with the death toll climbing to nine by the morning of April 15.

Residents were still reeling when the second, larger quake hit at 01:25 on April 16, knocking down homes and worsening destruction in already heavily damaged areas. 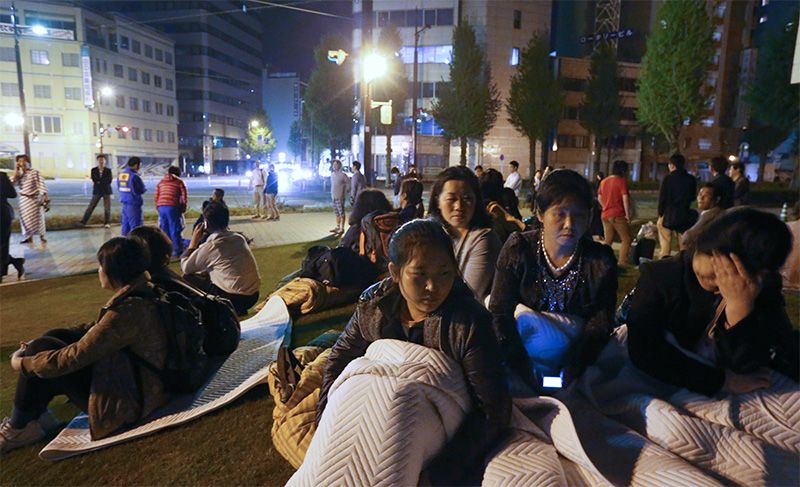 The Ministry of Health, Labor, and Welfare said that as of the afternoon of April 17, a total of 257,625 households across Kumamoto, Ōita, and Miyazaki Prefectures remain without running water.

The Japanese government on April 16 announced it had increased the number of Self-Defense Force troops dispatched to the scene to 25,000. US military forces based in Japan have also pledged to join relief efforts by delivering emergency supplies of foods, blankets, and other necessary items.

The April 16 quake triggered major landslides in the small Kumamoto town of Minami Aso, covering homes and tourist lodgings in mud and debris. Several residents and guests remain missing as workers struggle to dig out the buried structures. 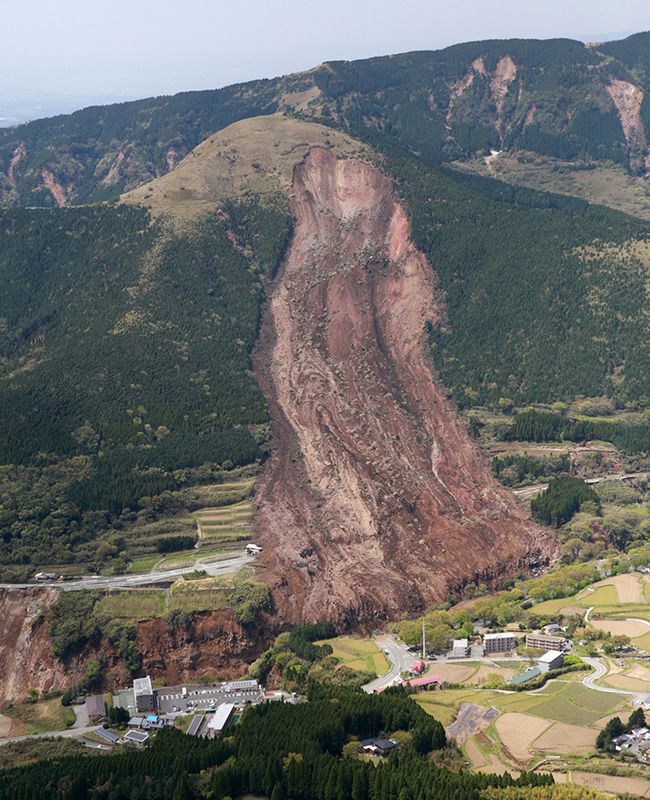 The quakes heavily damaged the confines of Kumamoto Castle, causing the central keep to tilt and toppling sections of stone walls around the historic structure. 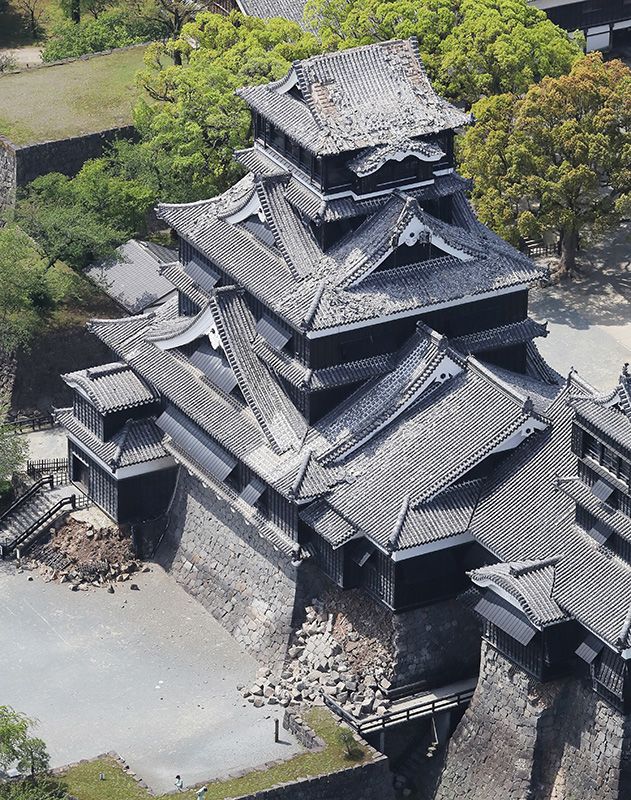 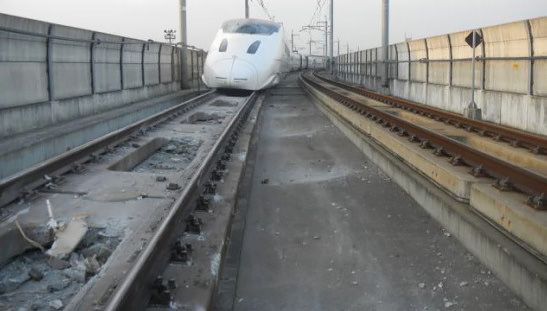 A derailed train on the Kyūshū Shinkansen line sits helpless on the tracks in Kumamoto City on April 15, 2016. (Photo provided with cooperation from Japan Tourism Agency of the Ministry of Land, Infrastructure, Transport, and Tourism; © Jiji)

Collapsed bridges and other damage have closed many roads around effected areas, hampering relief efforts. The earthquakes have also disrupted local train service, including on the Kyūshū Shinkansen. The high-speed railway remains at a standstill after an out of service train on the high-speed line derailed on April 14. In addition, the quakes bent tracks and destroyed vital equipment. JR Kyūshū has yet to announce when it expects to resume service on its affected lines.

(Banner photo: An aerial view of the Kurokawa Daiichi Power Plant in Minami Aso, Kumamoto Prefecture, on April 16, 2016 following a landslide that destroyed a section of the facility. © Jiji.)