The thrilling competition at the Sochi Winter Olympics has drawn to a close. Japan’s Olympic team ended up with one gold, four silver, and three bronze medals; this is the highest total medal count for any Winter Olympics held outside of Japan. The return to form of the country’s ski jumpers was particularly encouraging: Japan’s jumpers earned medals for the first time since the 1998 Nagano Olympics held 16 years ago.

The 41-year-old Kasai Noriaki, the oldest member of Japan’s Olympic team, captured the silver medal in the individual large-hill event and also earned a bronze in the team event. It was the seventh time for this veteran to compete at the Olympics since his debut at the 1992 games in Albertville. Kasai did not make the cut for the team event at the Nagano games, where Japan won the gold, so his silver at Sochi was the first medal for him since the Lillehammer games in 1994. 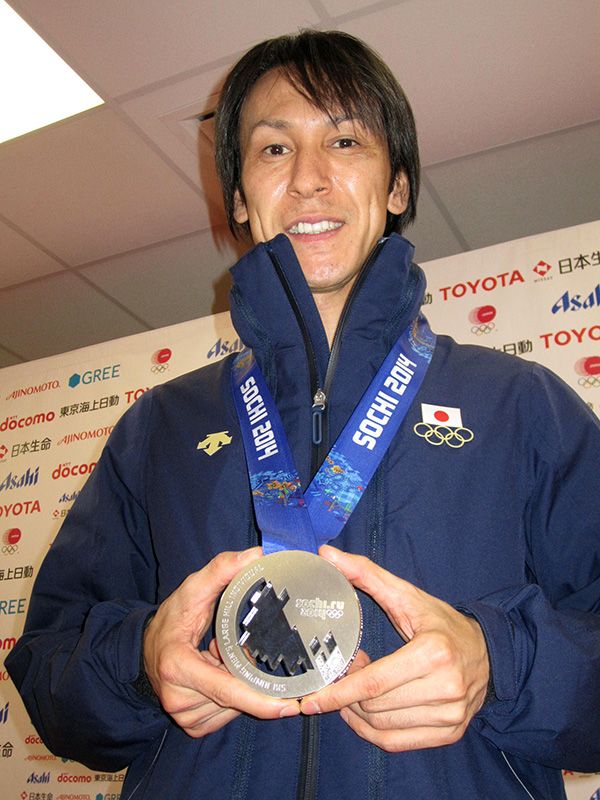 Looking back on the Sochi games, Kasai had this to say: “I was a bit disappointed to fall just short of bringing home the gold in the individual event, but I was so happy our team could win the bronze. I wanted my young teammates to win a medal so badly that I cried tears of joy when we came through.”

Twenty years ago Kasai earned the nickname “Kamikaze” for the way his V-shaped skis shot through the air, but now he is more commonly known as “the Legend.” At Sochi, Kasai was swamped with interview requests from reporters covering the jump events—not only from Japan but also from European countries. It seems rare for an Olympic athlete in either the winter or summer games to be the focus of so much media attention, which attests to how popular Nordic skiing events are in Europe.

Given that intense interest in Europe, it is not all that strange that Japan went through a 16-year medal drought at the Olympics.

Struggling to Keep Up with Rule Changes

The popularity of ski jumping in European countries spurred synergy between the athletes, scientists, and equipment makers that has led to various ways of increasing competitive prowess. In contrast, Japan was slow to respond to the rule changes introduced after the Nagano games, where the Japanese ski jumpers had excelled, including a rule that limited ski length.

But eventually, through unstinting effort, Japan managed to catch up again. Kasai looks back on the period between Nagano and Sochi:

“The level of ski jumping now is head and shoulders above what it was at the 1998 Nagano games, and the rules of the sport have been changing year after year since then. But it’s been fun over those 16 years to try to keep up with the changes.” 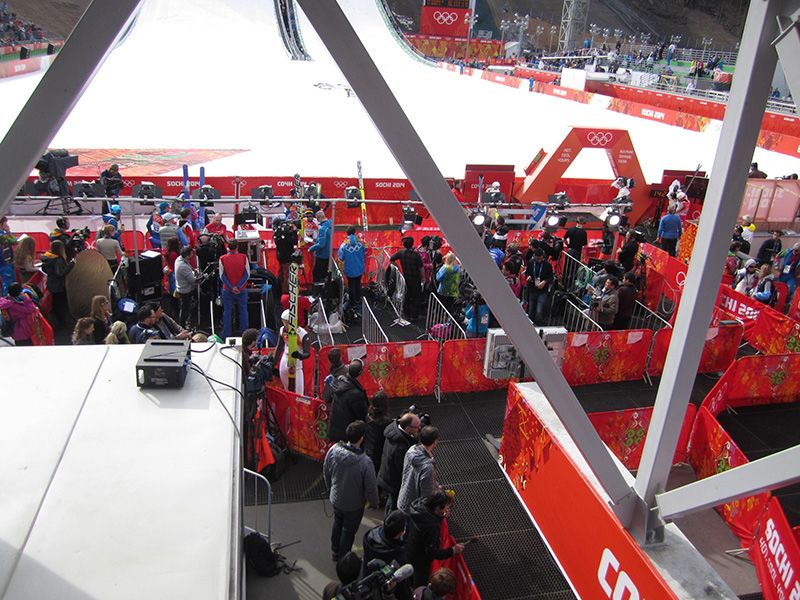 A view of the media gathered to report on the Sochi ski jumping.

Following that triumphal performance, Japanese ski jumpers went through an Olympic drought until Yagi Hirokazu won a silver medal at the 1980 games in Lake Placid. The Japanese team built on that success over time, returning to top form and taking the gold medal at the 1994 Lillehammer games.

It was four years later, at Nagano, that Harada Masahiko led the Japanese squad to a gold medal in the team event and Funaki Kazuyoshi captured the gold for himself. The stellar performance of the Japanese ski jumpers at the 1998 games is etched in the memories of many people.

Two members of the bronze-winning team at Sochi, Itō Daiki and Takeuchi Taku, were just kids when the Nagano games were held, and were inspired by the performances of Japan’s jumpers there.

Inspired by the Nagano Games

The 28-year-old Itō hails from the town of Shimokawa in Hokkaidō, home of many great Japanese ski jumpers, most notably Kasai Noriaki. At the time of the Nagano games, Itō was a sixth grader who belonged to a ski jumping club but also played baseball in the summer.

“Frankly, I was more into baseball than ski jumping at the time,” Itō recalls. “Before the 1998 games I was eager to join the baseball squad once I became a junior-high student in the spring. But watching the Nagano ski jumping changed everything for me.”

Although he was a relative latecomer to the sport, he was already competing at the Ski Jumping World Cup just out of high school—at a time when the sport was at low ebb in Japan.

“The athletes that came before me built ski jumping into a major sport in Japan, but around the time I turned pro we went through a rough patch and the sport slipped back into obscurity. It felt like I let down a lot of people when we didn’t bring home any medals at the 2006 Turin games or the 2010 Vancouver games.”

For the past 10 years, Itō has felt it was his responsibility to lead the Japanese team to victory. Along with this pressure, at Sochi he had to deal with a knee injury—as was reported after the games. But at his third Winter Olympics, this year in Sochi, he finally had a smile on his face: “Our squad really came together this time around. It was the best team atmosphere I’ve ever experienced. And that’s a reason we could capture a medal.”

Meanwhile, for 26-year-old Takeuchi, it was his second Olympic appearance. After the team competition at Sochi, he announced that there was a strong possibility that he was suffering from Churg-Strausse Syndrome, a serious medical condition. He had considered dropping out of the Sochi games, but persevered and overcame his difficulties to earn a bronze medal.

For Takeuchi as well, a native of Iiyama, Nagano Prefecture, the Nagano Winter Olympics were a pivotal event in his life, as he recalls: “I watched the Nagano games as a fourth grader. I was so inspired that I took up ski jumping. And for the sixteen years since then my aim was to win an Olympic medal. So I couldn’t be happier to have fulfilled that dream.”

As a high-schooler he trained in Finland, which has produced a wealth of gold-medalists, including the legendary ski jumper Matti Nykänen. He spent three years in Finland, honing his skills in that ski-jumping powerhouse while enrolled at a furniture-making trade school. Takeuchi expressed his gratitude for all that he learned during that time:

“It might be an odd expression, but I would say that half of this medal should go to Finland.”

A Team Powered by Two Generations

The fourth member of Japan’s squad, 21-year-old Shimizu Reruhi, was making his Olympic debut. “My parents took me to see the ski jumping at the Nagano games, apparently, but I don’t have any memory of that. I do remember the Turin games, though.”

Shimizu’s unusual first name, Reruhi, is itself closely connected to the sport of ski jumping; it is the Japanese pronunciation of the name Lerch (or Theodor Edler von Lerch, to be exact), a general in the Austro-Hungarian army who brought the sport of skiing to Japan 103 years ago. Shimizu’s family, known in Myōkō, Niigata Prefecture for its skiing prowess, backed Reruhi’s jumping career, helping to contribute to his recent Olympic success.

“I worked as hard as I could to keep up with the other three members of the team, and things turned out great.”

This four-man team, ranging broadly in age from 21 to 41, has put Japan back on the ski-jumping map with its bronze medal at Sochi. It’s a result that came from the tireless efforts made by Japanese ski jumpers, who didn’t give up during the long medal drought.

(Originally written in Japanese on February 25, 2014; photos taken by the writer. Banner photograph of ski team’s return to Japan on February 20 courtesy of Aflo.)