Japan’s Music Industry: Back on Its Downward Track

In February 2013, the international recording industry body IFPI released its annual Digital Music Report. The statistics in this report sent a buzz around the music world: bucking a global trend of gradual decline, the Japanese music business had actually posted growth figures for 2012. Not only that, the growth had been largely driven by that supposedly doomed format, the CD. What was the secret alchemy that was showing the rest of the world the way forward? What could be learned?

The answer to that question, it turns out, is both “Not a lot” and “A great deal,” depending on how you look at the latest figures, released on March 18 this year. What they show is that while the rest of the world now seems to be charting a more or less steady course, Japanese music saw a 16.7% plunge.

So what’s going on in Japan?

A Return to Regular Decline

The Recording Industry Association of Japan keeps banks of statistics detailing music industry production and online sales figures. The latest RIAJ figures show that while 2013 was a dramatic year-on-year drop, it is less a sudden and catastrophic plummet than a reversion to a trend of gradual decline that appears, as in markets elsewhere, to be bottoming out. Basically, the Japanese music industry peaked in 1998 and has been falling ever since. The gains of 2012 were a blip caused by a confluence of two factors. 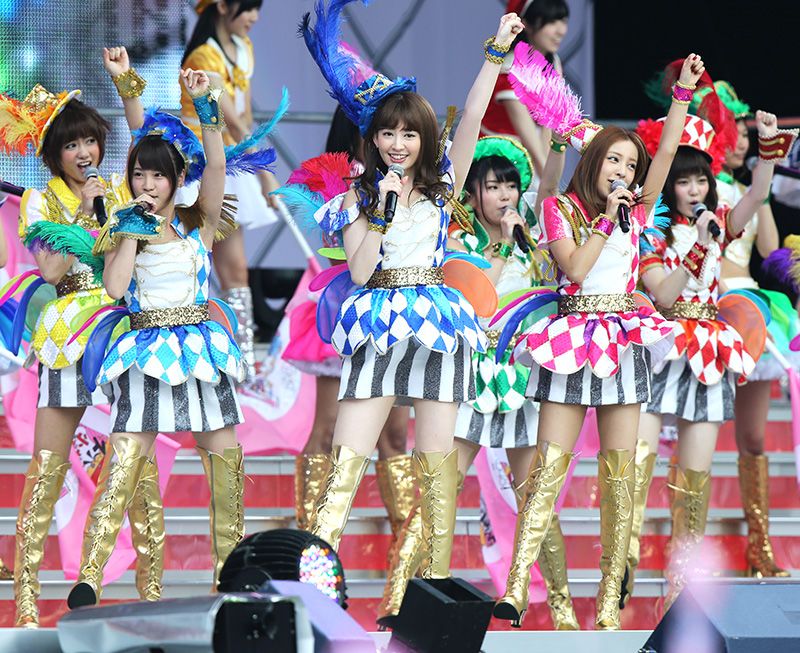 First, Japan’s post-1998 decline has gone hand-in-hand with a rise in the sales of idol groups, the most obvious example being AKB48. The basic idol business model is to find market niches not served by the mainstream music industry and to ruthlessly monetize them through sales of “character goods,” or idol-themed merchandise. The AKB48 machine has the most extravagant marketing, with chances to interact with group members and vote in the group’s “elections” encouraging multiple purchases of the same CDs. Put simply, while AKB48 and their sister groups dominate the singles charts and sell orders of magnitude more than anyone else, these CDs aren’t really music sales: they are character goods, and most of the discs go unlistened.

Second, 2012 saw a number of high-profile oldies like Mr. Children, Yamashita Tatsurō, and Matsutōya Yumi release comeback discs and “Best Of” compilations, which proceeded to dominate the year-end album charts. Although record companies attempted to repeat the trick in 2013, they just didn’t have the material to work with.

One thing that these idol group CD sales to niche markets and the deluge of repackaged oldies served to mask was the genuine collapse of the digital music market in Japan. In 2009 digital sales stood at over ¥90 billion, but by 2013 they had fallen to less than half of that. The main reason for this seems to be the changeover from the industry-owned Recochoku system of mobile downloads, which prohibited the transfer of purchased tracks across devices (thus requiring multiple purchases of the same track to listen at home and on your phone), to more portable digital formats playable on smartphones as well as computers and home stereos.

Essentially, the Japanese music industry has been bolstering its sales figures not by expanding its market but by thrusting its hands deeper into the pockets of existing fans. It has become extremely efficient at marketing three things: pretty faces, comedy, and nostalgia. At the same time, it has forgotten how to market music itself.

So what does this mean for the future? With Google trends showing a sharp decline in overall search interest in AKB48 during 2013, it’s probably unwise to place much hope in the idol bubble sustaining the industry for much longer. However, acts like Momoiro Clover Z, Babymetal, Perfume, and Kyary Pamyu Pamyu have carved out great success for themselves by working with songwriters and producers from outside the mainstream, including Maeyamada Ken’ichi, Narasaki Nobuki, and Nakata Yasutaka. This suggests that there are long-tail gains to be made by giving talented musicians the space and money once more to develop their ideas. 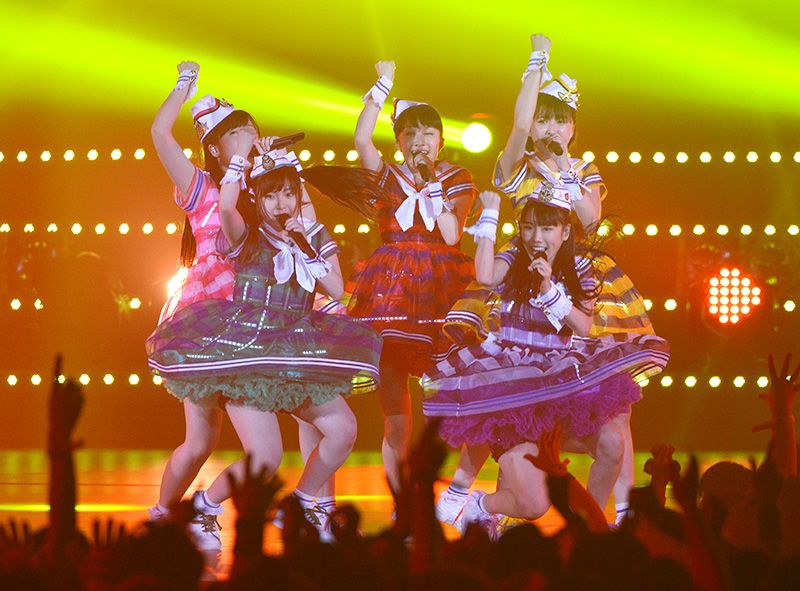 Japan can also take some positives from its position trailing the pack. The frontrunners have made all the mistakes in their rush to push forward into uncharted territory, and the Japanese music industry is well placed to learn from those errors and reconstruct around a business model that takes the best of the West and ditches the least of the East. A few days after the dismal 2013 figures made the news, confirmation that Spotify would be launching in Japan in summer 2014 highlighted expectations within the industry that things are likely to change—and change rapidly—over the coming year.

Whether that change will see a move toward contemporary artists with the potential for sustainable success, an increasing focus on remonetizing the back catalogues of major labels, or some synthesis of both, if it is going to move the industry forward, the marketing in particular needs to become more responsive to the heterogeneous nature of music audiences. Japan’s industry must stop pouring music through the increasingly narrow funnel of its rapidly atrophying sales model.