Society Mar 13, 2017
Every year since 2012, students from Harvard Business School have been traveling to the disaster areas of Tōhoku. What do the students learn there and what can they do in return for the people of Tōhoku? Here, one of the organizers talks about what she learned from the program.

Harvard Business School was established in 1908 with the mission to educate leaders who make a difference in the world. People come here from all over the globe to pursue a two-year MBA program, normally after spending a few years building up the foundations of their post-university careers. The extremely competitive application process admits only 10 percent of applicants each year. HBS is where the next generation of the world’s elite come together to hone their skills before unleashing their talents in the wider world.

Every year since 2012, HBS has organized a course in which students travel to the Tōhoku region, northeastern Japan. This is part of the business school’s Immersion Experience Program (IXP(*1)) offerings. These elective, hands-on courses give students an opportunity to study a particular topic in a given area of the world and pass on their skills to local people at the same time.

Each year a number of different countries and regions are chosen for the IXP courses, each of which is led by HBS faculty and for which students receive credit. The Japan program places the highest financial burden on students of any IXP destination. Once flights are included, the total cost of the trip can come to more than $5,000. Nevertheless, the course is extremely popular. Students who have completed it give it the highest possible evaluation, and Japan is the only country that has been chosen for an IXP course for six years running. Some years, there have been 180 applicants for the 30 places available. In total, around 200 HBS students have spent time in the Tōhoku region as part of the program.

What keeps HBS coming back to Tōhoku? Why has this particular course been such a hit with students? I believe the reasons are simple. Tōhoku itself has many valuable lessons to teach. And the inspiration of the land and its people are powerful enough to have a major impact on the way that these young people look at the world and their lives.

How the Program Began

The Japan IXP started in the aftermath of the earthquake and tsunami that brought such appalling damage to the coastal areas of Tōhoku on March 11, 2011. Eager to do anything they could to help, Japanese students at HBS at the time petitioned Takeuchi Hirotaka, the sole Japanese HBS professor, to give his support for a proposal to send students to the affected areas within the framework of a new IXP offering.

The program was held for the first time in January 2012, when 22 students took part. They worked as volunteers in some of the areas worst hit by the disaster, and carried out research on companies that had quickly moved to help restore the region. These results were compiled into case study materials that are used in the classroom at HBS. Everyone who took part agreed that the study tour had been a resounding success and a decision was taken to continue the program.

Until August 2016 I worked at the Japan Research Center, one of several centers that HBS runs around the world for carrying out research and compilation of case materials. Since the disaster I have traveled to Tōhoku on a regular basis and have built up an extensive personal network of contacts. From the outset, I was deeply involved with planning and running the program. A book compiling some of my experiences on the program was recently published in Japan.

The spirit of entrepreneurship played a vital role helping Tōhoku to move from preliminary recovery to reconstruction and beyond. After the earthquake, all kinds of people appeared with ideas for businesses that would contribute to the future of the region—some of them from outside the region, others long-term residents. For some people, the disaster was a spur to new ambition, pushing them to change or expand the nature and content of their existing business.

The coastal areas of Tōhoku that were worst hit by the disaster faced a variety of problems even before March 2011: a declining and ageing population and poor transportation links among them. And the disaster only made these existing problems more serious. In many ways, the area seems to be a textbook example of a place fated for failure. Any business management manual would have urged entrepreneurs to avoid a place like this at all costs. “Don’t start a business here unless you want it to fail” would have been the obvious advice.

Despite all this, many people decided to establish themselves in this unpromising location and fight to build businesses for the sake of the future of the region. During the week they spend in Tōhoku, HBS students are divided into teams and spend three days together with local entrepreneurs and business people. On the third day, they offer their advice and proposals.

The students also take part in volunteer activities and visits to local schools, but the team activities are the main pillar of the project, and participants take them very seriously, communicating with their local partners before they come to Japan and carrying out painstaking preparation and research. 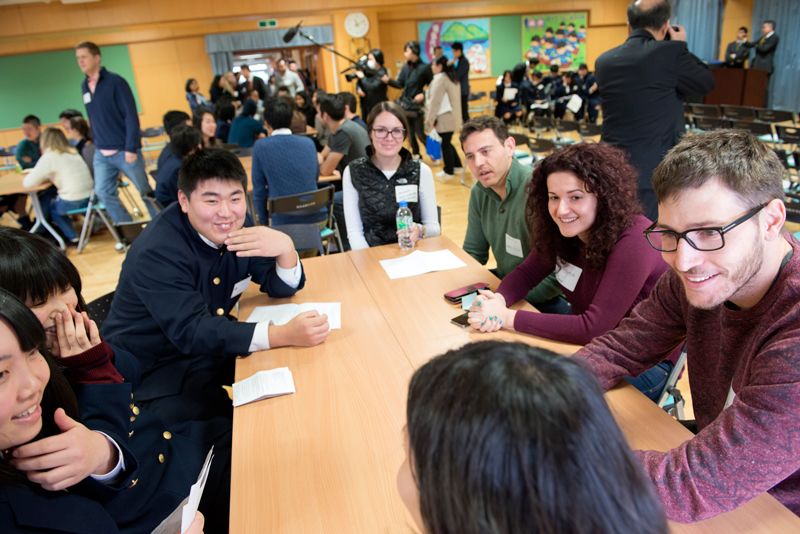 The students on the program take classes from well-known business figures. Often they have met globally renowned entrepreneurs face-to-face. Many of them started their own businesses before entering HBS, and some students start a business while they are still enrolled. Coming from this background, how do the students react when they encounter entrepreneurs and business people struggling to find their footing in a place like Tōhoku? As someone involved in the planning and management side of the program, I was always full of both high hopes and massive anxieties in the run-up to the program each year. But every time, the chemistry that took place exceeded all our expectations.

The Importance of Ambition

The students have collaborated and given their advice to a different number of Tōhoku businesses each year: six in 2015, eight in 2016, and nine in 2017. One undertaking that worked with HBS students for two years running was “Fisherman Japan,” a cooperative group founded by young fishermen from Ishinomaki, Miyagi Prefecture, in 2014.

The group’s mission is to improve the image of Japan’s fisheries and to make the industry seem admirable again. They want to do away with the idea of fishing as a job that is dirty, smelly, and unattractive and replace it with an image of work that is “cool,” well-paid, and instrumental in bringing about change.

Students on the program visit the early-morning fish market and travel down the long, winding roads of the undulating Oshika Peninsula to carry out personal interviews with the fishermen taking part in “Fisherman Japan.” They throw themselves into the project with great enthusiasm and at night bond over drinks and conversation in an izakaya pub/restaurant managed by some of the fishermen. The three-day immersion program offers students experiences they could never have in a campus setting. Alex Santana, who took part in 2016, remembers the experience as follows:

HBS is like a capital of capitalism, so there’s a tendency for every discussion to home in on the question of profitability. But spending time with the people at “Fisherman Japan” reminded me how important it is to believe in what you do, and reminded me of the importance of ambition and morale. The experience sparked something inside me. I really gained a lot from it. 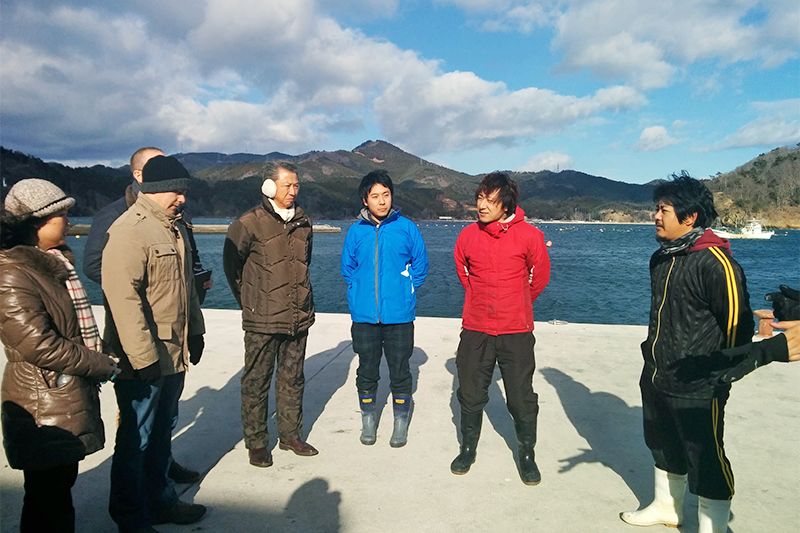 Interviewing some of the fishermen who are members of the “Fisherman Japan” project. (Photo courtesy of the author)

What is the Purpose of My Life?

Students at HBS take classes in social entrepreneurship and are encouraged to solve social problems through business. They are regularly reminded that maximizing corporate value is not a company’s sole raison d’être. Nevertheless, I could tell every year that their encounters with entrepreneurs in Tōhoku had a massive impact on them. These were people who had started businesses in the face of disaster, thinking “unless we solve the fundamental problems there is no future.” In many cases, they launched their companies without any management experience or special expertise.

This experience with the entrepreneurs forces HBS students to consider important questions. As well as asking themselves what their purpose and aims are in running a business, students are forced to confront even more fundamental questions: “What should I do with my life? What do I want to live for?” This is why the Tōhoku course has continued to be so popular with these aspiring members of the global elite.

Some students told me that the Japan IXP reminded them of the last lines of “The Summer Day” by the American poet Mary Oliver, which are often used like a mantra at HBS:

Tell me, what is it you plan to do
with your one wild and precious life?(*2)