An Imperial Prince at Oxford: Naruhito’s Memoir of His Student Years

What kind of man is Crown Prince Naruhito, the next emperor of Japan? There is a perfect book for those who wish to know more about him. In 1983, the 23-year-old Naruhito traveled alone to Britain, where he spent two years at Merton College, Oxford University. A decade later, in 1993, he published a memoir of his stay.

An English version appeared in 2006: The Thames and I: A Memoir of Two Years at Oxford. The translation, by former British Ambassador to Japan Sir Hugh Cortazzi—who recently passed away—gave readers who do not know Japanese the chance to understand the crown prince’s character. Notably, as he told me personally, Sir Hugh overcame considerable opposition from the Imperial Household Agency, which sought to block the appearance of this English edition. 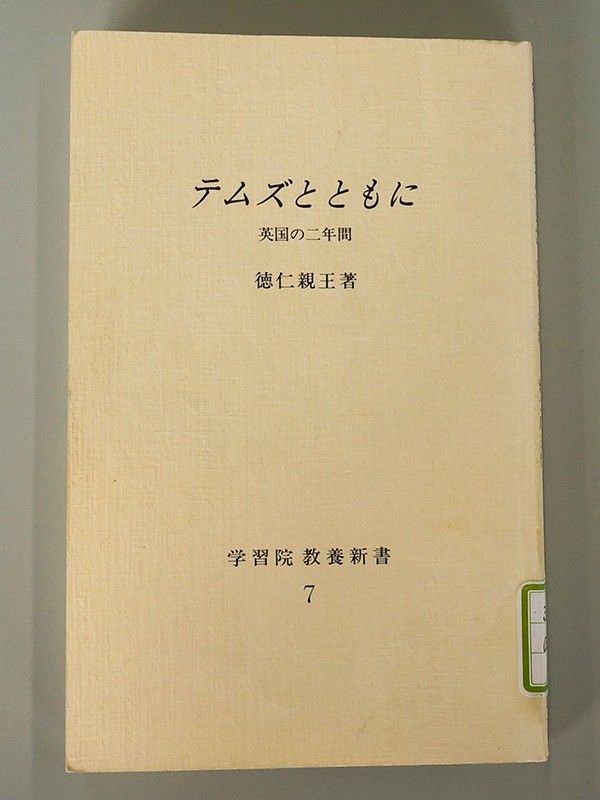 The original Japanese book itself did not look ordinary. Apart from its small size, a soft-cover shinsho format just 10.3 centimeters wide by 18.2 centimeters high, it was brought into print by the crown prince’s alma mater, Gakushūin. Perhaps because the institution was not a publishing company and thereby unable to reach the existing distribution channels for nationwide sales, the memoir appeared without any fanfare in just a handful of bookstores in Tokyo. It makes one suspect that the potential for an embarrassing level of attention a bestseller would bring prompted the decision to eschew a big-name publisher.

Offering the crown prince’s reminiscences to the mass market might have made him an object of mass consumption, essentially a disposable commodity, which was certainly undesirable. There was probably great wariness of this damaging possibility among the IHA and those around His Imperial Highness. Further translation into English would open the work to readers without any special affection for its author, bringing the danger of merciless ridicule from critics. The IHA’s job is all about anticipating such potential hazards, so I think most people can imagine why it was uncooperative with Sir Hugh.

Institutions like imperial or royal families, whose authority has rested solely on tradition and has nothing to do with representative democracy, are unfit for modern systems of information disclosure. Instead it is better that they remain concealed by a certain degree of mist, suggested former US Ambassador to Britain Raymond Seitz, who was a discerning observer of British culture. Seitz’s observation concerning the British royals is also apt for the Japanese imperial family.

The crown prince saw at first hand his father and grandfather, Emperor Akihito and the late Emperor Shōwa, assaying to find the appropriate distance from the public through changing times. He must have long deliberated how he will act when he becomes emperor. In his memoir, however, he left the cares of his elders behind in Japan, gaining a period to himself for the first time in his life; the relaxed life of the young Naruhito breathing the fresh air of Oxford is vividly described in unstinting detail. This gives readers insight into his personality and demonstrates the value of Sir Hugh’s efforts.

The crown prince’s friends asked him what the Japanese was for “Your Highness,” resulting in an amusing incident. “I explained that the word was ‘denka’ and said that this should not be confused with the electric light to which I pointed and which was called ‘denki’ in Japanese. Afterwards, I regretted saying this but it was too late and therefore the two of them teased me by referring to me as ‘denki’ and pointing at the light said that it was ‘denka.’” 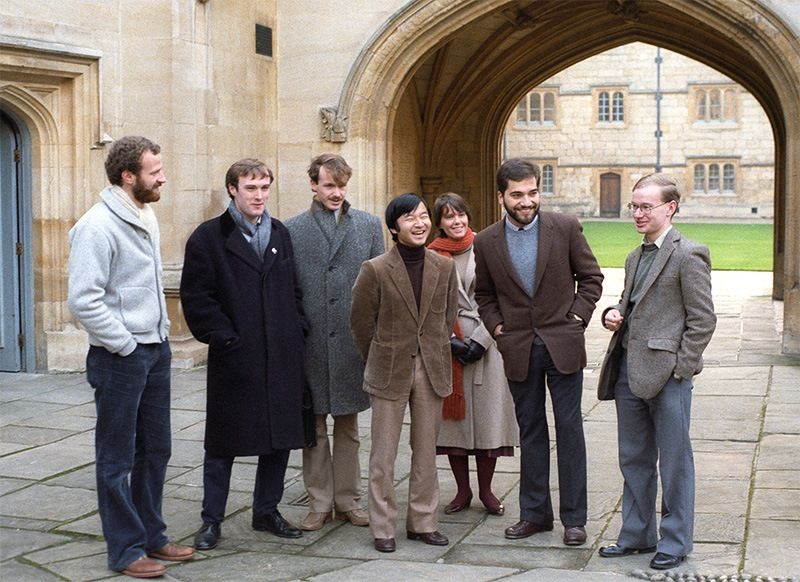 Crown Prince Naruhito chats with student friends during a walk around Oxford University in December 1983. (© Jiji)

One of the crown prince’s friends in the book is an American student referred to by the initial K. While Prince Naruhito was in Britain, K’s elder brother R left his teaching position at New College, Oxford University, for a job in the United States at Princeton University. When the crown prince came to the end of his period of study, he visited Princeton before returning to Japan. He met the actress Brooke Shields, who was studying there. These are all episodes in his friendship with the two brothers, but I only recently learned to my surprise that R is actually Robert P. George, who is still a Princeton professor and an authority on conservative thought.

This year marks 150 years since the start of the Meiji era (1868–1912). In that century and a half, countless Japanese have traveled to Europe and the United States out of a hunger for knowledge. They established the distinct nonfiction genre of the ryūgakuki, or “account of foreign study,” which does not exist in the West. The writers, torn by self-consciousness and battling with an unfamiliar language, develop a strong sense of mission as they tell themselves that they must master the subject of their studies before returning home to Japan. Many are also passing from youth into adulthood, giving their accounts a strong bildungsroman tenor.

The crown prince’s memoir shares this apparent trait. Without affectation, it depicts a young man’s growth as he opens his eyes and pricks up his ears, while enjoying long discussions and laughter with his friends. On every page of this slim volume, there are episodes to cheer the reader, who feels like an onlooker observing each of them in person. It is easy to imagine how formative those two years in Oxford described in The Thames and I were for the crown prince.