Habu Sachiko: Balancing Work and Family Is Not an Issue for Women Only 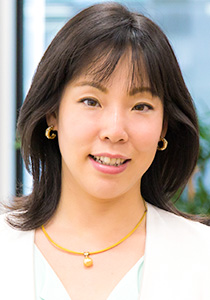 Editor-in chief of Nikkei Dual, a news site for working parents. Graduated from the Faculty of Integrated Human Studies, Kyoto University. Joined Nikkei BP in 2005 where she was deputy editor-in-chief of Nikkei Money before assuming her current position in 2013. Oversaw design and editing of Ikubosu no kyōkasho (Childrearing for Bosses), a practical guide to parenting for managers intended to promote a better work-life balance.

In Step with Working Mothers

Nikkei Dual was launched in November 2013 to help working parents better balance their careers and home lives. How did the website come about?

When I was pregnant with my first child around 12 years ago, the main source of maternity and childrearing information was still in print form, mostly books and magazines. I read and compared a great deal, but very little of the advice offered struck a chord with me. Nearly all of it was premised on the traditional image of the apron-clad mother who spends her days doing chores and looking after the kids.

Working mothers were hardly mentioned in the pages of these guides. Nothing on the shelves spoke to people like me who intended to continue their careers after having children. So there was obviously a need to fill this gap. Although I had been working at a print magazine, a web-based platform seemed a better way to connect directly with people trying to balance job and family.

The number of working couples is on the rise today, and women are more apt to remain in the workforce after childbirth. With both parents working, it’s getting harder for things like school PTAs to function according to the old model of the stay-at-home mom. The reality has changed, but this is what many publishers still push. This leads to feelings of guilt about not living up to social expectations and self-blame at putting work before family.

There are signs the situation is gradually improving, though. Until fairly recently the default setting for household appliance commercials was a wife in an apron cooking in the kitchen while her husband sits in the living room reading the newspaper. Nowadays, such stereotyping would result in serious social media backlash.

Instead, commercials are now apt to feature an aproned husband greeting a hungry and tired wife just home from the office. This changing image of the family is what I wanted to convey through Nikkei Dual.

We need to get away from the stereotype that childrearing is solely the duty of the mother. To enable women to better balance careers and family we must jettison established gender and social roles and foster greater understanding at home and the office. Nikkei Dual looks to help in this by disseminating relevant and up-to-date information to a broad spectrum of readers. 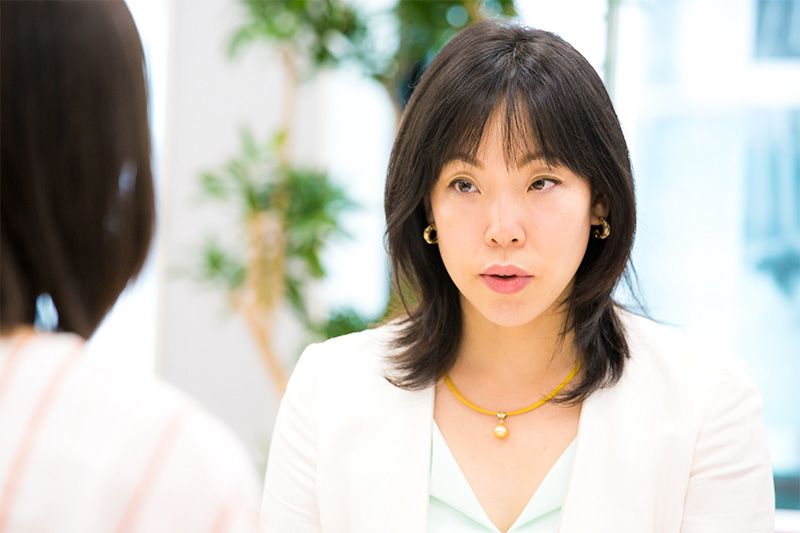 Having to care for a child or family member places serious constraints on a person’s ability to work. What are the biggest hurdles in overcoming this situation?

Corporate Japan has long relied on a labor model that rewards extensive overtime. Companies assess employees by their ability to take on all manner of tasks handed to them, and employees express loyalty by staying on the job late into the night.

Japan’s shrinking workforce, however, has rendered this model untenable. The issue at hand now is how to build new systems of personnel evaluation and promote new workstyles that free workers from excessive overtime.

Under the old system, employees who were unable to work late due to family commitments were treated as damaged goods and considered less productive than their late-staying colleagues.

As a working mother, I chose to staff the Nikkei Dual editorial team with other working parents. We started from the ground up to develop new approaches to balance duties at home and the office and even introduced a whole new evaluation system. Having a supportive work environment enables the team to focus their energy into an array of original projects and articles.

If an employee suddenly needs to leave work at three to pick up a child at daycare, they can still submit a draft or upload an article from outside the office. We’ve had to enhance cybersecurity, of course, but having this flexibility promotes trust among staff and management and illustrates that productivity is not tied to long hours in the office. Nikkei Dual is proof that provided with the right work environment, employees with family commitments—given the enthusiasm they bring to their work—can be just as productive, or even more so, than those who’re always in the office.

I think Japan is gradually shifting toward a system where employees are assessed by their passion and productivity, not merely by the number of hours they spend at their desks. 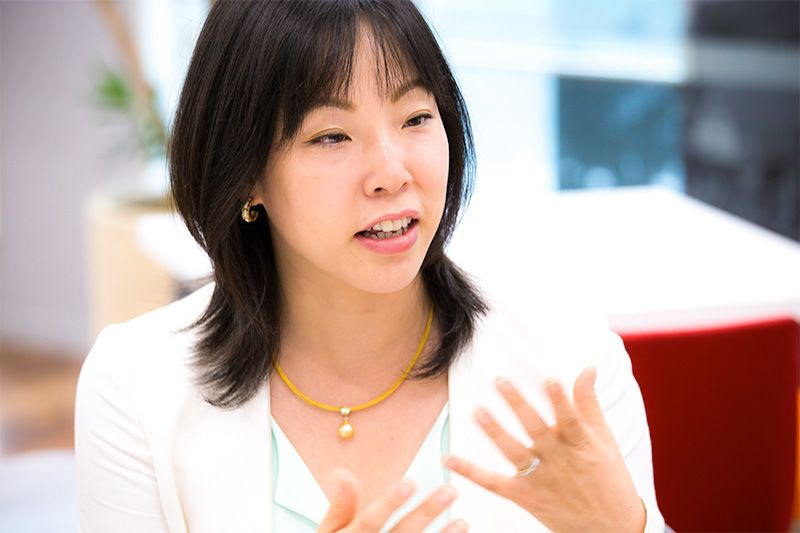 Diversity as a Strength

Why has it been so difficult for Japan to move away from the old model of long work hours?

Equating long hours with employee productivity is an outgrowth of Japan’s postwar economic success and has become thoroughly entrenched in corporate culture. A person who leaves the office at three in the afternoon due to family obligations, for example, would be seen as a misfit and regarded with disdain. There is little sympathy for workers who don’t adhere to the majority view.

But what if we judge an employee’s worth by their total output instead of just overtime? Would we then still consider a desk jockey who stays late without substantial output an ideal worker? This raises questions about how efficiency and motivation are measured under the current model.

Efforts are underway to reform the system, but these suffer from a strong tendency to frame the challenges of balancing work and family solely as a women’s issue. In 2015 I helped draft recommendations as a member of the Cabinet Office’s advisory panel on measures addressing Japan’s declining birthrate. The group proposed a wide range of ideas on childcare, but almost exclusively in reference to the role of women. I lobbied to include language specifying the roles men and companies should play. Doing so helped to highlight the degree to which household and parenting duties were assumed to fall to wives and mothers. The final recommendations we issued included measures to promote changes in male attitudes and behavior.

Even at Nikkei Dual we’ve had to be careful not to perpetuate gender assumptions. When the site first started I swapped the words “mother” for “father” in an article to see how it would affect the tone. Interestingly, the piece was no longer about the trials of working parents but those of a single-parent household. Mothers, in the original article, were expected to pick a child at daycare and rush home to get dinner ready, but putting a father in charge of these duties erased all hint of there being another parent. The article unwittingly put the onus on women to balance career and family. This is something we’ve been careful to avoid since. 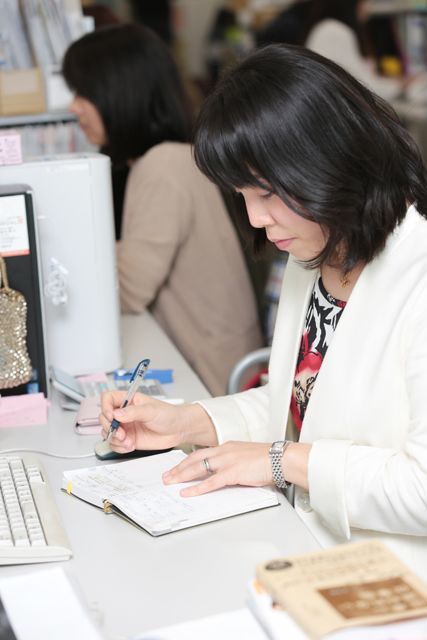 In my management capacity at Nikkei Dual, I sense how male-centric the business world is. At times it can feel like working in an all-men’s club.

Prime Minister [Shinzō] Abe has pledged to empower women, but the proportion of female executives remains small, and boardroom chauvinism endures. A woman at a management meeting may find banter taking on a distinctly male tone but feel powerless to do anything about it.

The government has set a target of raising the ratio of women in executive posts to 30% by 2020. Progress is being made on this front, but there is concern that the quota will be meaningless if not coupled with workplace reforms that enable employees with domestic commitments to work to their full potential.

What are the issues that your site will be addressing in the future?

The name Dual reflects the site’s aim of reaching out to working parents of both genders. We didn’t want to create a women-only community, and from the beginning a third of our readers have been men. This has been a defining aspect of the site and something I’m very proud of.

Going forward, we hope to help break down many of the stereotypes and biases propagated in the mass media. People have all too common been painted with broad brushstrokes based on age or gender, but society is very diverse, and the language we use should reflect this.

For example, middle-aged women have long been lumped into the same basket. But those of us who have made sacrifices to balance careers and family are a varied lot. Such generalizing fails to acknowledge the distinct talents and experiences of working women, as well as their considerable social and economic clout.

We want women to be proud of their accomplishments and will continue to provide a wide range of content to help create a stable work-life balance that will serve them throughout their careers.

(Originally written and published in Japanese on September 28, 2017, based on an interview by Takagi Kyōko and Itakura Kimie of Nippon.com. Photos by Hashino Yukinori of Nippon.com except where otherwise noted.)