Society Mar 12, 2018
In March 2011, a magnitude-9 earthquake triggered a giant tsunami that crippled the cooling system at the Fukushima Daiichi Nuclear Power Station, leading to a catastrophic accident that continues to reverberate seven years later. Science reporter Shizume Saiji surveys the legal fallout from the meltdown, from claims against the government and the operator to a raft of actions aimed at permanently shutting down the nation’s nuclear power industry.

Legal fallout from the March 2011 accident at Fukushima Daiichi Nuclear Power Station continues, as dozens of lawsuits and injunctions make their way through Japan’s judicial system. The final rulings could have a profound impact on the government’s energy policy and approach to risk mitigation.

Court cases stemming from the meltdown at Fukushima Daiichi can be divided broadly into two categories. In the first are efforts to assign responsibility for the accident, including one high-profile criminal case and numerous civil suits by victims seeking damages from the government and owner-operator Tokyo Electric Power Company. The second group consists of lawsuits and injunctions aimed at blocking or shutting down operations at plants other than Fukushima Daiichi (whose reactors have been decommissioned) on the grounds that they pose a grave safety threat. In the following, we briefly survey these cases and their implications.

According to lawyer Managi Izutarō, who is handling the largest class-action suit against TEPCO and the government, about 30 such cases are currently moving through courts around the nation. Most of the plaintiffs are Fukushima evacuees who filed suit in the districts to which they fled after the accident.

Meanwhile, TEPCO’s former chairman and two former vice-presidents are facing charges of professional negligence resulting in death and injury in a criminal case currently before the Tokyo District Court. Tokyo prosecutors initially declined to bring charges, but in an unusual reversal, they were overruled by a prosecutorial review panel composed of ordinary citizens.

In all of these cases, the pivotal issues facing the court are (1) whether TEPCO and the state could have foreseen the danger posed to the Fukushima plant by a tsunami on the order of that triggered by the Great East Japan Earthquake, and (2) whether they could realistically have prevented a serious accident through risk-mitigation measures. The “state” in this case is the defunct Nuclear and Industrial Safety Agency (NISA), the regulatory body formerly in charge of the inspection and licensing of nuclear power facilities.

Construction of Fukushima Daiichi Nuclear Power Station began in 1967, when the government’s ambitious nuclear energy development program was shifting into high gear. Seismology and tsunami simulation have advanced considerably since those days, but at the time, the maximum height of any potential tsunami relevant to the Fukushima Daiichi site was estimated at a little more than 3 meters. When the facility was built, in other words, there was no way for TEPCO or the government to foresee that waves 10–15 meters in height could one day inundate the plant.

However, as scientists continued to collect and analyze data on earthquake and tsunami activity around Japan, their thinking evolved. In July 2002, a government panel of seismologists issued a report estimating a 20% chance that a magnitude-8 earthquake would trigger a dangerous tsunami off the coast of northeastern Japan within the next three decades. That August, NISA asked TEPCO to conduct a tsunami simulation for Fukushima Daiichi and other plants on the basis of that report, but TEPCO refused, and NISA did not press the matter.

When TEPCO finally did conduct such a simulation in 2008, it concluded that a major earthquake could trigger a tsunami as high as 15.7 meters, tall enough to flood the Fukushima Daiichi plant. However, the utility took no action to mitigate the risk (as by building up the facility’s seawalls or taking other measures to protect backup generators), and it failed to report the findings to NISA until early 2011, just weeks before the disaster.

In the wake of the Fukushima accident, NISA (since replaced by the Nuclear Regulation Authority) was faulted for its lack of independence. The agency was under the authority of the Ministry of Economy, Trade, and Industry, which promotes the use of nuclear power, and officials maintain that its regulatory powers were limited. In addition, a closed, inbred environment encouraged unhealthy ties between NISA and the electric power industry. As a consequence, NISA had fallen into the habit of accommodating and supporting the utilities instead of overseeing them. TEPCO, for its part, had developed a deeply rooted culture of denial, habitually concealing information that might supply ammunition to anti-nuclear activists or fuel fears among the local citizenry. The company brushed off the warnings, convincing itself that the danger from a giant tsunami was purely hypothetical.

So far, district courts have reached decisions on three major class-action suits, and in each case they have agreed with the plaintiffs that the state and TEPCO could have foreseen the danger from a major tsunami once the 2002 report on earthquake risks was released. Two of the district courts, Maebashi and Fukushima, found both the state and TEPCO negligent for failing to prevent the meltdowns. The Chiba District Court, on the other hand, dismissed claims against the state on the grounds that the government was focusing on earthquake safety at the time and may not have been able to formulate effective measures in time to protect Fukushima Daiichi against the March 2011 tsunami. With the government and TEPCO girding up to appeal the lower courts’ decisions, the cases could drag on for years.

The final verdicts could have important ramifications in a country prone to natural disasters. Despite the scientific advances of the last few decades, our ability to predict major earthquakes, tsunami, and volcanic eruptions remains extremely limited. How can we ensure that the design and operation of existing nuclear power plants reflect the latest scientific assessments of long-term risks? Are the government and industry responsible for guarding against catastrophic events, however low their probability?

A Tsunami of Lawsuits

Attorney Managi Izutarō estimates that more than 10,000 plaintiffs are currently involved in class-action suits against TEPCO and the state. He represents 4,200 victims in the largest of these cases so far. Managi argues that allowing TEPCO to keep Fukushima Daiichi operating after learning of the risks from a tsunami was “like giving an airline permission to fly an unsafe jetliner.”

In its ruling on Managi’s case last October, the Fukushima District Court agreed that both TEPCO and the state were negligent and ordered damages paid to a majority of the plaintiffs. But the victims and their lawyers deemed the amount and scope of the damages inadequate and opted to appeal. TEPCO and the state have appealed the ruling as well.

The case now moves to the Sendai High Court. “Ultimately, we’re demanding that Fukushima Prefecture be restored to the way it was before the nuclear accident,” Managi explains. “At the same time, we're fighting to end the use of nuclear power.”

Managi stresses the importance of mobilizing a large number of victims. “Unless you get together a big group of plaintiffs, their case won't resonate with the judges," says Managi. "The number of people involved in litigation and the intensity of public sentiment are key. I believe the real battle takes place outside the courtroom.”

In organizing victims into large class-action suits, Managi and others lawyers are following the same playbook that helped turn the tide against big industrial polluters in the 1960s and 1970s, when victims of Minamata disease (mercury poisoning) and itai-itai disease (cadmium poisoning) succesfully banded together to seak legal redress. Whether the current movement will have a comparable impact remains to be seen. 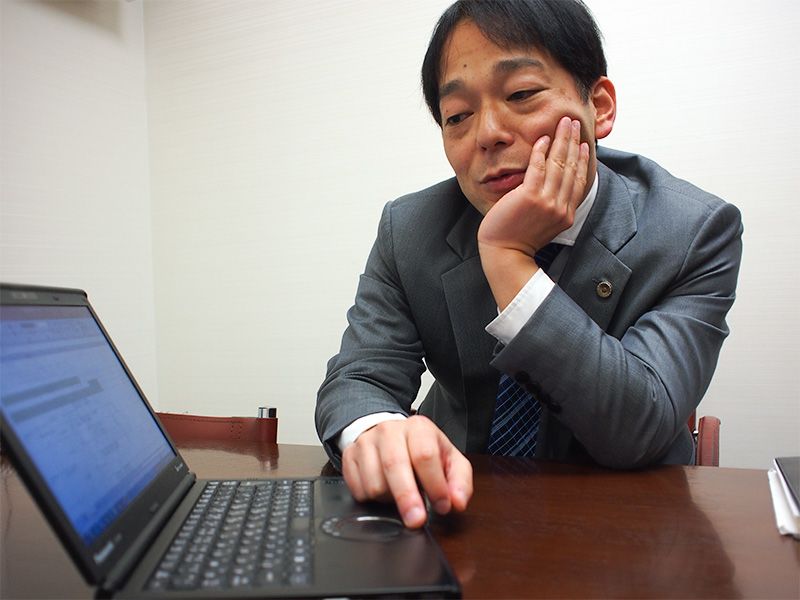 Fighting Nuclear Power, One Plant at a Time

On a different but related front, citizens’ groups and other plaintiffs are vigorously pursuing lawsuits and injunctions aimed directly at shutting down nuclear power plants around the country.

Efforts to block nuclear energy development through legal action date all the way back to the 1970s. Prominent among these early cases was a citizens’ suit challenging the legality of the license granted to Shikoku Electric Power Co. to build and operate the Ikata Nuclear Power Station in Ehime Prefecture. In that case, lawyers called into question the fundamental safety of the facility, given its location near the Median Tectonic Line fault zone. The case made its way up to the Supreme Court, which finally ruled against the plaintiffs in 1992.

Safety concerns are at the core of the 30-odd “anti-nuclear” suits and injunctions currently before the nation’s courts (as of January 2018). Most cite the potential danger from major earthquakes, volcanic eruptions, or tsunami, while others are calling for suspension of operations on the grounds of inadequate evacuation planning. While a few of these cases date back to the pre-Fukushima era, the majority were filed in the wake of the accident.

In December last year, the Hiroshima High Court issued an injunction suspending operations of the number 3 reactor at the aforementioned Ikata Nuclear Power Station. In its decision, the court cited the danger posed to the Shikoku facility from a massive eruption of Mount Aso, all the way across the sea in Kyūshū. Although an eruption on this scale has not occurred in recorded history, the court opined that the risk was sufficient to make the site unsuitable for a nuclear power plant. The decision did not go down well with the Nuclear Regulation Authority, which had cleared the plant for resumption of operations under new, post-Fukushima safety standards.

At present, almost all of Japan’s operable nuclear power plants are in the midst of some kind of litigation. In one case, the plaintiff is a local government: The city of Hakodate in Hokkaidō has filed a lawsuit to block the construction and operation of the Ōma Nuclear Power Station across the Tsugaru Strait in Aomori Prefecture. 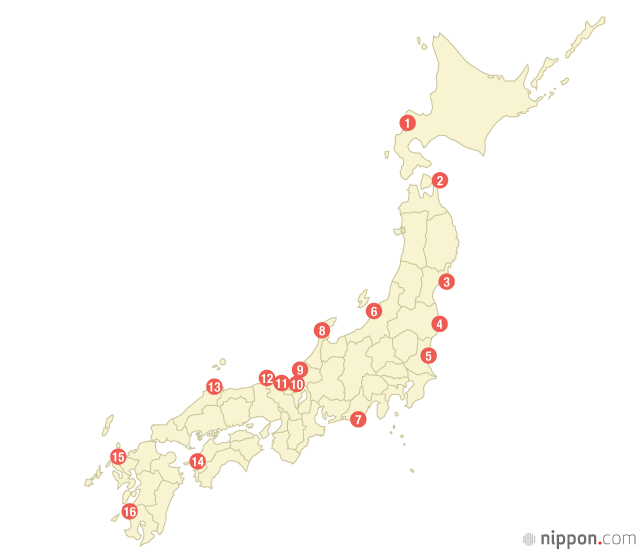 Note: All six reactors at Fukushima Daiichi Nuclear Power Station were decommissioned between 2011 and 2014.

Lawyers on a Mission

Lawyers Kawai Hiroyuki and Kaido Yūichi have been key figures in the fight against nuclear power since before the Fukushima accident. In the wake of the disaster, they founded the National Network of Counsels in Cases against Nuclear Power Plants, a group that has been pursuing legal action against nuclear facilities on behalf of citizens and other plaintiffs nationwide.

Kawai and Kaido are also representing the shareholders of TEPCO, who are suing the company’s former executives for an unprecedented ¥5.5 trillion. In addition, as lawyers for the Complainants for the Criminal Prosecution of the Fukushima Nuclear Disaster, the two attorneys are working alongside the prosecuting team in the criminal case against three TEPCO executives, which parallels the civil suit in terms of arguments, evidence, and testimony.

Even so, the trial—which officially opened last June and is expected to continue at least through the coming summer—is expected to attract intense media coverage as witness examinations begin this spring. More than 20 witnesses are scheduled to testify. The case also involves a massive volume of documentary evidence, including records of interviews conducted by the government’s Investigation Committee on the Accident at the Fukushima Nuclear Power Station, along with countless pages of emails, internal memos, meeting minutes, and reports. Will all this information shed new light on the human factors behind the Fukushima accident? The nation will be watching closely.

(Originally published in Japanese on February 19, 2018. Banner photo: Plaintiffs hold up signs outside of Fukushima District Court, which ruled last October that TEPCO and the Japanese government were liable for damages from the March 2011 accident at Fukushima Daiichi Nuclear Power Station. © Jiji.)