Society Education Sep 7, 2018
The number of immigrant children in Japan is swelling year by year, and many of those children are at risk of isolation and failure as they enter schools that are unequipped to teach Japanese as a second language. The author, who runs a nonprofit support program for such students, calls for active government measures to pave the way for an inclusive multicultural society.

YSC Global School, established in 2010, is an educational support program for immigrant children, teens, and young adults operated by the Youth Support Center in the city of Fussa in western Tokyo. We serve a highly diverse group of students, but to illustrate the struggles some of them face, I would like to introduce readers to a third-generation Japanese-Peruvian girl whom we will call Mayumi.

Mayumi came to Japan with her mother when she was five years old. Shortly after arriving in Japan, she was enrolled in a public daycare center, and not long after that she entered first grade at a public elementary school. Her native Spanish was the language spoken at home, but everywhere else she was surrounded by Japanese.

The Risks of Limited Bilingualism

Unfortunately, the local elementary school where she was enrolled had no special program or extra resources to support non–native Japanese speakers. Mayumi learned to converse in Japanese at a basic level, but reading and writing were a challenge, and she quickly fell behind her classmates. By fifth grade, she was only grasping about half of what her teacher said in class, and her attendance began to fall off, which exacerbated her problems. She became ever more aware of the limits of her conversational ability and increasingly negative about school.

When Mayumi came to us, she had already begun her first year of junior high school. After six years living and attending school in Japan, she still had great difficulty expressing herself in Japanese. She was able to string together some basic vocabulary and rudimentary phrases, but at times her spoken Japanese was so broken as to be incomprehensible. Her conversational Spanish, which she used at home with her mother, was more advanced than her Japanese but still well below average for a Peruvian child of her age, and she was functionally illiterate in her native language. Hers was a classic case of double-limited bilingualism, in which a child in a bilingual environment fails to develop age-appropriate skills in either the first or second language.

The inability to convey abstract concepts or converse fluently can leave limited bilinguals without any effective mode of communication or self-expression. By the time Mayumi came to us, she was an adolescent grappling with identity issues and other stresses that she could not articulate. She began hanging out in unsavory neighborhoods and soon stopped attending school almost entirely. Then, shortly after she finished junior high school, she and her mother moved away without warning. For a few years, I managed to keep track of her through her posts on social media. The next thing I knew, she was a single mom. Then her social-media posts stopped, and I lost touch with her entirely.

As of 2016, there were more than 43,000 students in Japanese public primary and lower-secondary schools who were deemed to be “in need of Japanese language instruction”—that is, lacking the linguistic skills needed to keep up with grade-level studies. This number (which includes Japanese youngsters educated in other languages as well as non-Japanese students) represents a 60% increase from 2006. Of these 43,000 limited-Japanese-proficient students, almost 10,000 were receiving no supplementary instruction. Without such support, many could end up like Mayumi, unable to achieve proficiency in either their first language or Japanese. 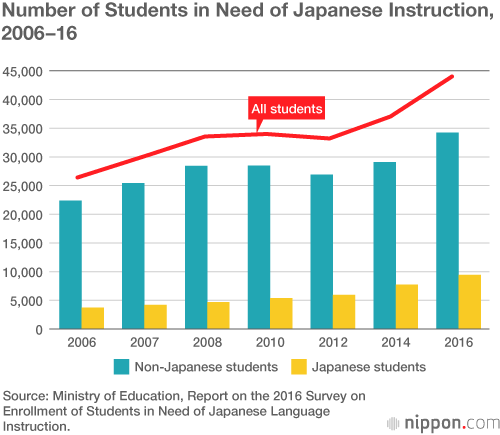 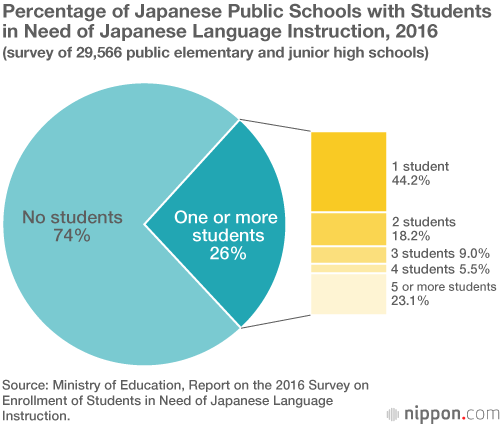 At present, the planning and funding of special services for immigrant children and others with non-Japanese roots is left to local municipalities. Communities with a substantial immigrant population generally offer Japanese language classes or work with nonprofits to provide these and other support services. But less than half of all the students in need of Japanese language instruction live in such locales.

In outlying districts, where only one or two students per school may be in need of services, it can be difficult to secure the funding and personnel required to operate a special program. Moreover, these tend to be the very areas where nonprofit groups and volunteer programs languish owing to a dwindling supply of volunteers and funds. All of this contributes to an ever-widening disparity between the haves and the have-nots when it comes to support for schoolchildren with limited Japanese proficiency.

Working to Bridge the Gap

YSC Global School, located in Fussa in western metropolitan Tokyo, offers Japanese language instruction and academic support, as well as assistance in applying to and enrolling in high school, to more than 100 youngsters representing some 30 foreign countries, including the Philippines, China, Peru, and Nepal. Our students gather here not only from suburban Tokyo but also from neighboring prefectures—Saitama, Kanagawa, and even Chiba. The fact that some travel as much as two hours by train to receive professional instruction in Japanese as a second language testifies to the dearth of opportunities closer to home. 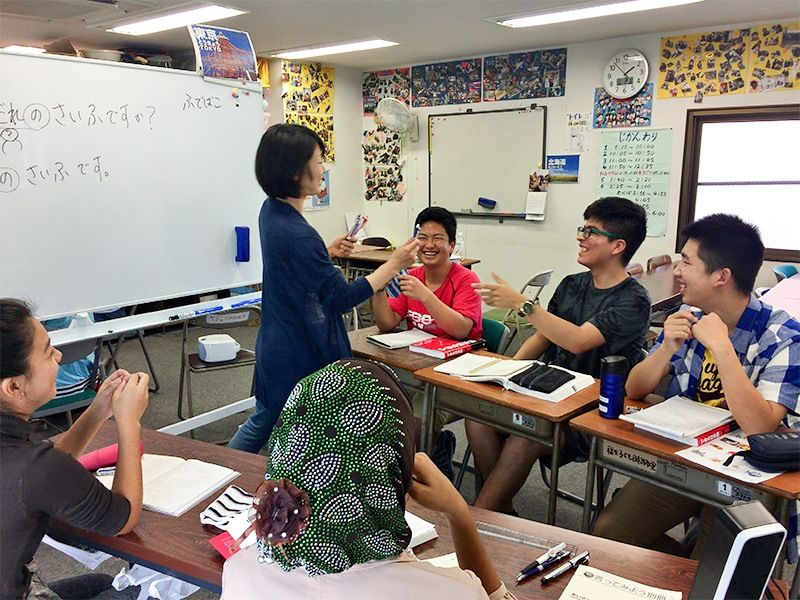 The needs of our students are as diverse as their backgrounds. Some arrived in Japan with excellent grades and a high level of proficiency in more than one language (often including English). Others received very little schooling previously and may need help simply learning how to sit still in class. Under our roof, they manage to transcend these disparities, as well as differences in background, nationality, and religion, and forge ties of mutual respect and friendship. The relationships they build at YSC Global School continue to support and sustain them long after they leave school.

Children with non-Japanese roots face formidable barriers to integration and acceptance in school and beyond. Bullying by classmates is common. Our students speak of being called stupid when they use Japanese incorrectly and being told to go back where they came from when they complain about something. Those with darker skin are treated as “dirty” or as carriers of an imaginary contagion. Even children born in Japan, whose first language is Japanese, may find themselves targets of persecution and discrimination simply because they have blue eyes or a foreign name. Adolescence is likely to bring on a full-blown identity crisis. For many of our students, YSC Global School is the one place where they can mingle with other ethnic and linguistic minorities, share their experiences, and breathe freely. “I didn’t have a single friend at school,” one student says. “Then I came here, and it’s so much easier, because it’s like everyone’s the same.”

Unfortunately, not all children in his situation have access to a facility like ours. In districts that lack programs to support students with limited Japanese proficiency, children with non-Japanese roots are apt to find themselves isolated. Some stop attending school entirely. Others have been effectively turned away by school officials who told their parents to bring them back after their Japanese skills had improved.

At YSG Global School, we are doing what we can to reach out to immigrant children at risk of isolation in areas with small numbers of foreign residents. In November 2016, we launched an online Japanese language instruction program that offers the same curriculum taught at our school in Fussa to students nationwide. Each time it is held, the program reaches 20 children from locales with low concentrations of foreign residents in Ibaraki, Gunma, Chiba, Shiga, and Yamaguchi Prefectures. We also use the Internet to assist students in applying to high school and connecting with peers around Japan. 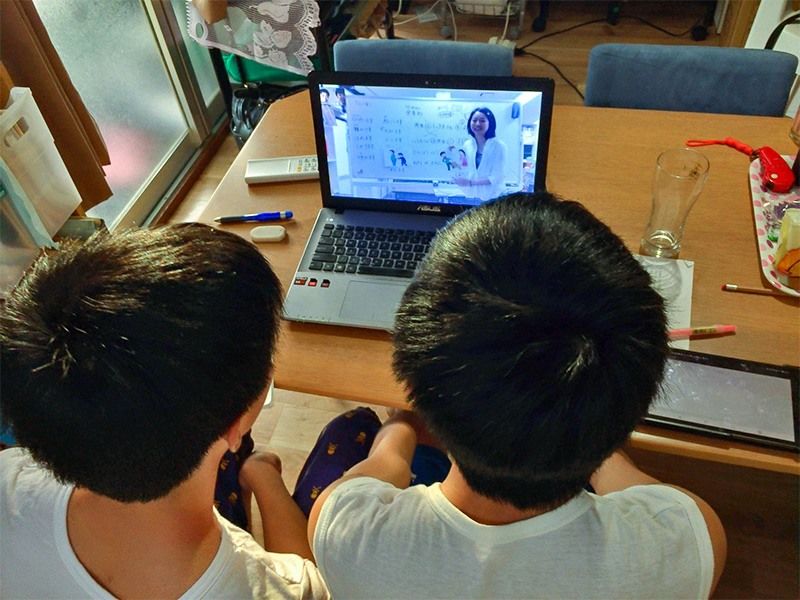 Preparing for the Multicultural Society of Tomorrow

In the Basic Policy on Economic and Fiscal Management and Reform, adopted in June 2018, the cabinet set the stage for an epoch-making shift in this country’s policies and laws on the use of foreign labor, hoping to head off serious labor shortages as Japan’s native population continues to age and dwindle. Since then, the government has moved with uncharacteristic speed to set the process in motion. In July, the Ministerial Council on Acceptance and Inclusion of Foreign Human Resources, tasked with drawing up concrete immigration and labor reforms, held its first meeting.

The government is correct in thinking that Japan will need to import more foreign workers in the years ahead, but it should go without saying that immigrants are first and foremost individual human beings who deserve to be treated as full-fledged members of the community. We must create an environment that allows them to live, work, and raise children with confidence by providing adequate educational opportunities and full access to healthcare and social services. If not, they will find a more hospitable destination, as competition for the region’s human resources heats up.

Now is the time to begin actively preparing for the inevitable rise of a multicultural society. As I see it, the best way to start is to seek the advice and assistance of the more than 2.5 million foreign residents already living in Japan. Let us draw on their experience as workers, parents, and students to build a more inclusive society.