Economy Society Nov 16, 2018
Inbound tourism to Japan has more than tripled in recent years, and the country is looking to grow these numbers still more to enhance its economy and its global cultural presence. In doing so, it should look for ways to market itself to—and work with—black and other minority market segments to achieve truly diverse growth in the sector.

Japan has become the world’s fastest growing major travel destination. In 2017 a record 28.7 million foreign tourists visited Japan, around 20% more than the previous year. These figures demonstrate a broader trend, with the number of foreign visitors to Japan more than tripling since 2012.

This influx is domestically described as an “inbound tourism boom,” and its contribution to regional revitalization efforts and the potential boost to GDP have all been underscored. In other words, Tokyo considers short-term visitors to be a key source of income that can help offset the long-term structural challenges of a rapidly aging society and population decline.

As a central pillar of the nation’s growth strategy, the administration of Prime Minister Abe Shinzō has set ambitious targets of 40 million foreign visitors by 2020, the year Tokyo will host the Olympic and Paralympic games, and 60 million by 2030.

An Overreliance on Asia?

The major source of growth has been from neighboring and nearby countries. Over the past five years, the Japanese government has successfully capitalized on the rise of Asia’s globetrotting middle class and a falling yen, with targeted easing of visa requirements for tourists from China and Southeast Asian countries. In 2017, fully 85% of foreign visitors to Japan were from countries in Asia, and over 25% from China alone. The new face of the foreign tourist in Japan is an overwhelmingly Asian one.

A 2016 report by the consulting firm McKinsey & Company highlighted the potential risks of Japan’s “visitor-portfolio imbalance” and the overreliance on tourists from Asian countries. The study recommended that Japan focus its efforts on converting a growing number of interested Western tourists into visitors, noting the example of Thailand that draws over a third of its tourists from other regions.

David Atkinson, a key agenda-setter appointed as a special advisor to the Japan National Tourism Organization, has argued that Japan must emphasize the diversity of its tourism offerings beyond the hackneyed images of the transient cherry blossom season. Atkinson depicts a Japan that has both the beaches of Okinawa for scuba diving and the slopes of Niseko for skiing. Promoting a multifaceted and unexpected Japan, he argues, will help diversify the profile of visitors, and in particular, attract more tourists from outside of Asia.

“Diversity” has therefore emerged as a key feature of Japan’s evolving inbound tourism strategy. JNTO’s 2018 “Enjoy my Japan” global campaign is a multiplatform outreach initiative designed to appeal to travellers from North America, Europe, and Australia with off-the-beaten-track images of Japan. Long-haul travellers tend to stay longer and visit several locations, meaning that they spend more and more widely. The business case for diversity is clear; this new approach is also stimulating a broader reevaluation of Japan’s cultural assets. Tokyo is hoping to benefit from a diversity dividend.

However, Japan’s new commitment to diversity does not extend to targeting ethnic and racial minority populations in North America or European countries. Examining the images and themes of Japanese public and private campaigns to promote the country overseas reveals that Japan takes a homogenous view of Western travelers—one that focuses on a white majority. This is certainly not unique to Japan; indeed, the importance of multicultural marketing as a necessity, rather than an option, is only recently becoming widely acknowledged in Western countries with large minority populations.

If Japan has serious ambitions about becoming a future inbound tourism superpower by expanding and diversifying its visitor portfolio, though, it can ill afford to ignore the youthful people of color who are increasing in number, spending power, and influence. According to a Brookings report, 44% of the 75 million millennials in the United States are people of color. By 2045, the nation could become “minority white,” with this demographic projected to fall to 49.7% of the total population. Those who identify as African American, Hispanic, Asian and Multiracial will play a key role in driving the future.

For example, Japan is missing the opportunity to tap into the “urban” or “black travel movement” that is transforming the face of America’s outbound travel industry. A new generation of African American millennials with higher levels of education and incomes than their parents have emerged as one of the fastest growing traveler groups in the United States. African Americans make up around 14% of the US population and the demographic is young, with over 53% under the age of 35. The African American travel market has risen from just $25 billion in the early 1990s to around $48 billion in 2011, according to a report by Mandala Research.  Not only are they travelling and spending more, social-media-savvy millennials are purposely documenting and sharing their journeys, hoping to inspire others and redress a perceived underrepresentation in mainstream tourism advertisement.

Travel Noire, Black & Abroad, Nomadness Travel Tribe, and Black Travel Movement are names of just a few of the purpose-driven platform startups that are finding success by stylishly curating Instagram photos and blog posts and by arranging trips for curious black travellers.

And Japan as a travel destination is starting to gain some traction with these black travel and news platforms. You can find independently produced guides to Tokyo, stories of the black experience in Japan, and tips on where to shop, all tailored to a majority black audience. This black eye on Japan is also highlighting alternative aspects of Japanese culture that are often overlooked. In an interview with Vogue, the Nigerian-American photographer and filmmaker Amarachi Nwosu points to Japan as having a dynamic and creative urban culture that can be endlessly explored—from its streetwear that has influenced the likes of Pharrell Williams to its unique take on hip-hop clubs born out of transnational cultural flows.

Japan’s urban sights and sounds have also become a source of inspiration for black British grime and Afro Swing artists in the form of neon lit Tokyo roads for music video locations, the latest NIGO clothing designs, and street-fighter video game sound bites, producing works that blend the creative expressions of the diasporic communities in Britain with the milieu of Tokyo cool. In line with their recent financial success at home, with growing frequency, these black British artists are visiting Japan to perform and collaborate. In a 2016 link-up with Adidas, the grime MC Stormzy drew an international crowd at his live performance and filmed the music video for “One Take Freestyle” in the scramble crossing and alleys of Shibuya during a trip to Tokyo.

In an interview, the music promoter and Mixmag Japan editor Motonakano Sakura told me that there is lots of interest from urban music artists in Britain to deepen their engagement with Japan.

“Japan is losing out. We are talking about some of Britain’s most popular artists, and they love Japan! They are eager to tour and seek out fresh business opportunities, but Japan lacks an appropriate on-ground support network and is unaware of this potential despite the national effort to develop travel and MICE tourism. I am hoping to change this.”

For black travelers, seeing images of those “like them” who have gone before or having their presence acknowledged in promotional materials are powerfully effective marketing tools. According to the market research firm Nielsen, 87% of black consumers felt that ethnic recognition is important and are 38% more likely to make a purchase if advertisements include black people. They are looking for campaigns and services that notice them and understand their identity. 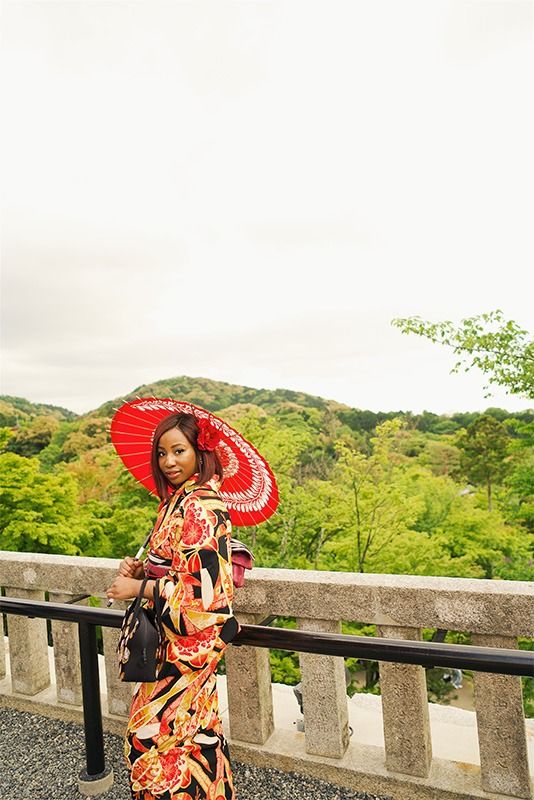 To achieve the goal of attracting more visitors from North America and Europe, and to benefit from a diversity dividend, Japan should reach out to black travelers and other overlooked minority groups. To be sure, it is not as simple as casting a token (and often light-skinned) black person in a peripheral role in PR videos. It means thoughtfully connecting with the target audience.

First, Japan can tap into the network of black travel bloggers and key cultural influencers to fill the gap of a dearth of images and stories of black people in Japanese spaces. If people of color are responsive to “seeing themselves” then this approach will reap high numerical returns in terms of visitors and money spent.

Next, Japan should allow these collaborators to define their areas of interest in Japan. JNTO’s current confidence in nature as the key to unlocking a new wave of Western tourists is not unfounded, but it lacks awareness of diverse communities. Historically, for black people in North America and Europe, the “great outdoors” hasn’t been so great, and today many still have an uneasy or unfamiliar relationship with nature. Other activities may resonate better with people of color, or Japan could even emerge as a non-threatening introduction to the outdoors, something that may not be so easily achieved at home.

Finally, when placed under a black “tourist gaze,” Japan has the opportunity to critically reevaluate its own tourism assets—and, indeed, what the nation interprets as culturally valuable. Perhaps these fresh transcultural encounters will also generate totally new creative expressions and tastes, unleash new market opportunities, or uncover historical connections that have hitherto been hidden.