Society Culture May 17, 2012
The Forum 2000 is held in Prague every year. In 2011, the subject of the conference was “Democracy and the Rule of Law.” Nippon.com talked to Fujiwara Kiichi, a professor of international politics at the University of Tokyo, who gave a keynote address on “The Rule of Law in Asia” during the panel discussions.

Comparing Democratization in the Soviet Bloc and Asia 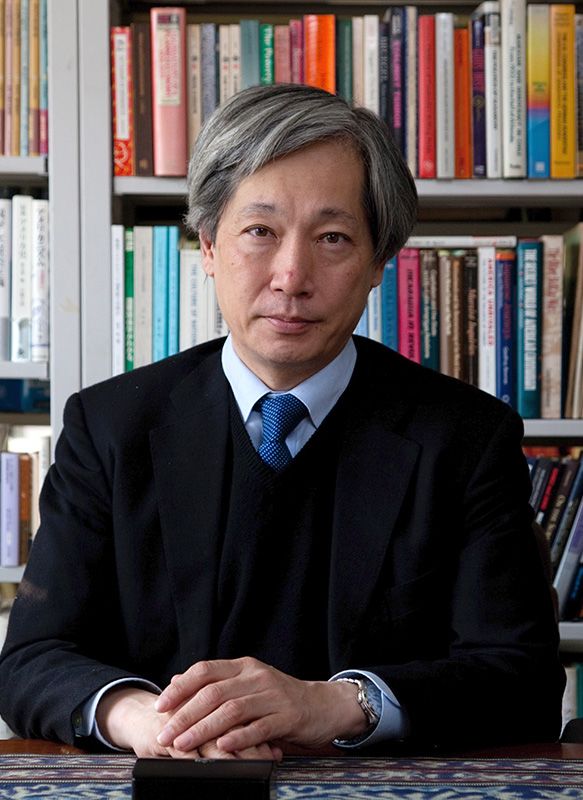 FUJIWARA Kiichi
Professor at the University of Tokyo, specializing in international politics and the politics of Southeast Asia. Born in 1956. Publications include Demokurashī no teikoku: Amerika, sensō, gendai sekai (A Democratic Empire: The United States, War, and the Contemporary World), and Shinpen: Heiwa no riarizumu (Peace for Realists: Revised Edition).

INTERVIEWER: What was the focus of your keynote speech at Forum 2000?

FUJIWARA: The title of my talk was “Has the Transition to Democracy Enhanced the Rule of Law in Asia?” The word “democratization” refers to two separate phenomena: the toppling of a dictatorial regime and the formation of a democratic system. Although we use the same word to refer to both of these, they are actually quite different. Toppling a regime does not necessarily lead to a major change in the system of government. We saw this in the former Soviet Union and Eastern Europe, for example. These countries achieved “democratization,” in the sense that autocratic regimes were brought to an end. But in many cases, the people who had been active in the old regime remained in positions of power even after the fall of the Communist Party, and the bureaucratic apparatus often didn’t change much at all. On some occasions, there were hardly any changes. These situations can bring disillusionment. People shrug their shoulders and wonder whether democratization is really all that it is cracked up to be.

Another thing to remember is that even after democratization and the introduction of a parliamentary democracy guaranteeing each citizen an equal vote, there is no guarantee of the government’s adherence to the rule of law. Another panel discussion at Forum 2000 was on the subject of “The Rule of Law in Russia.” The first thing one of the panelists from Russia said was: “The answer is very simple. There is no rule of law in Russia.” It’s safe to assume that the speaker was referring to the ubiquitous evidence that authoritarian rule is a fact of life again in Russia since Putin came to power.

These issues facing new democracies are quite familiar to me, since I have watched Asian countries deal with the same problems during their own shift from autocratic rule to more democratic systems in recent decades. In my talk I wanted to ask: What is the situation as far as democracy and the rule of law are concerned in Asian countries? And what can we learn from a comparison between the situation here and the way things have happened in the former Soviet Union and Eastern Europe? The issues that arise at the end of a period of autocratic rule, whether the system in question was a one-party Communist state or a military dictatorship, tend to be the same all over the world. Figures from the old regime maintain a grip on power within the new framework of a parliamentary democracy, the rule of law is distorted, and so on. These issues are shared right across the board.

In Asia, people used to point the finger at the presidential system in South Korea. People from the former Soviet Union or Eastern European countries will recognize the same phenomenon at work in contemporary Russia. My idea was to use my talk to introduce some of the lessons we have learned from our study of democratization as it has happened in Asian countries, and the thought processes we have gone through. I thought this might remind people in the audience that Asia is not some strange place with unique issues of its own. Rather, many of the problems that newly emerging democracies face are actually quite similar around the world, in spite of historical and cultural differences. 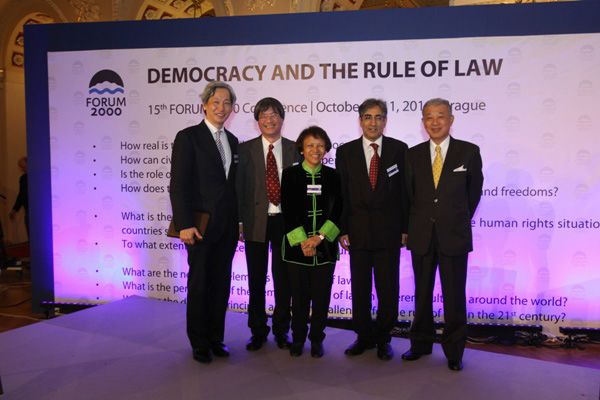 As a result, even people with no particular expertise on Asia listened very attentively to what I was saying and asked a lot of questions. I really felt that taking part in the forum had been a worthwhile experience.

INTERVIEWER: Do you believe it is important to avoid focusing exclusively on one’s own country or region? Do we also need to look for issues we have in common with other countries and regions?

FUJIWARA: In the context of international debate, I think it’s essential to put forward subjects of shared concern. This makes it possible to have a discussion that goes beyond any particular country or region, despite cultural differences. On this occasion, I deliberately avoided talking about Japan. In this kind of setting, once you start thinking in narrow terms—that the job of the Japanese person on the panel is to talk about Japan, for example—it becomes very difficult to build a meaningful dialogue. I think it is important to look for areas of overlapping interest or concern and discuss these from the perspective of the different backgrounds of the people involved.

The Usefulness of Non-Utilitarian Study

INTERVIEWER: One of the unique aspects of Forum 2000 is the way it provides a venue for international debate that differs from conventional government-level policy discussions. How significant is this difference?

FUJIWARA: An event of this kind is profoundly significant in many ways. One is the participation of non-practitioners like me. Because I do not have any kind of responsibility for government interests, I am able to raise important issues that aren’t easy to discuss in the course of government-level talks. The forum provides an opportunity to discuss international problems in a way that is quite different from the approach taken at government level. This is one major advantage of centering the discussion on non-government figures. 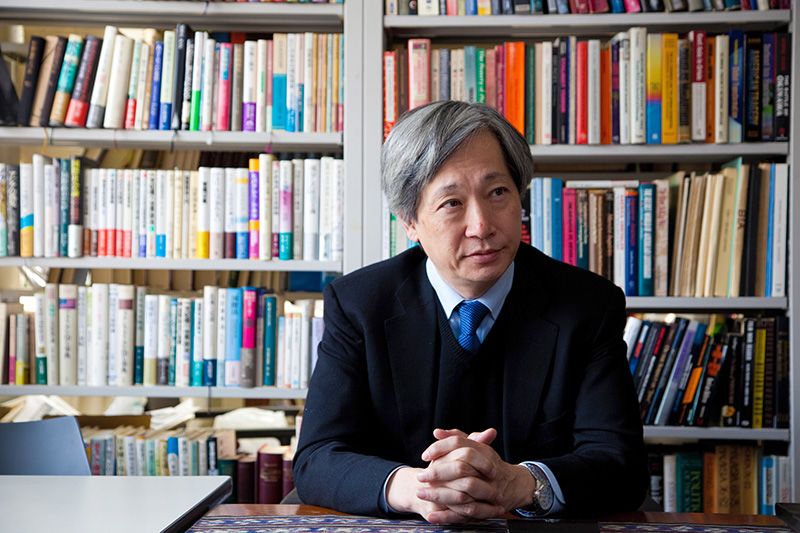 Another important aspect is the way the Forum encourages people to discuss vital issues, even if we don’t come up with any answers right away. The Institute for Advanced Study at Princeton is famous for being a place where scholars can pursue projects from a much longer perspective than conventional academic study allows, without any guarantee that their studies will produce anything of immediate practical value. One of my mentors was Saitō Makoto, who spent time at the Institute. He used to describe this kind of scholarship as “the usefulness of non-utilitarian study.” I think a venue like this is absolutely vital in terms of providing a place to consider questions that may not appear particularly practical at first glance, and to attempt to grapple with difficult but essential questions. I am confident that Forum 2000 will continue to be a venue for this kind of thinking, even without Vāclav Havel here to guide us.

(Translated from an interview in Japanese. Interview and text by Kondō Hisashi, director of the Nippon Communications Foundation. Photographs by Katō Takemi. For more information on the conference, see Forum 2000 [Part One].)