Politics Society Sep 20, 2012
Washington DC-based journalist Massoud Hayoun offers his reflections on attending the 2012 WANA Forum held in Amman, Jordan. From his perspective as an Arab-American, he emphasizes the need for the Arab diaspora to play an active role in encouraging growth in the Middle East and North Africa and for the region to learn from the success of Asia.

I am the least likely candidate to have spoken at the West Asia North Africa (WANA) Forum, an event sponsored by the Nippon Foundation and hosted by His Royal Highness Prince El Hassan bin Talal in Amman in May.

And it's precisely because an unlikely candidate—an Arab American—was invited to participate in that dialogue, that there is hope for sustainable economic and social development in the Arab world.

Overseas Arabs have not been effectively integrated into the economic growth strategies of their home countries. Arab American and European contacts in various industries say there are no formidable incentives to bring enterprise back to their homelands. Some have attempted to work with the economic leadership of their countries to no avail. And what's worse, many have been politically marginalized—vilified by Arab state media for defecting and kowtowing to the West—all to the detriment of an overall Arab growth project.

It's ridiculous, really. We have a great deal of wealth and talent in various industries, and we have the personal incentive to bring investments to the politically unstable climates of the Middle East, North Africa Region, whereas others may not.

If someone like me can be included in a discussion on Arab growth, imagine the possibilities.

I am 24 years old. I was born in Glendale, California. And, as I explained in my speech at the Forum's panel on “Multi-Layered Identities,” my legal name in the United States is Michael Martin. My given name is Massoud Hayoun.

My North African grandparents had such a hard time finding lodgings and employment in France with a name like Hayoun—the name of our village in Morocco—that they decided to make a new start in the United States as light-skinned model minorities, bent toward the West. Funnily enough, I wasn't the only person in attendance with two names. There were many Mohammed-cum-Marks and Ahmed-cum-Alberts at a forum on the Arab world.

Colonialism is not dead, as we see in the political xenophobia and Islamophobia rampant in so much of the West. Calling myself Massoud Hayoun now is a postmortem strike for my grandfather, against all the real and tangible barriers he knew in pursuing our family's own personal development. We are not them. We don't need to act like we are anymore.

Before my grandfather died, he expressed a great deal of regret about having erased our family history. He wanted me to reclaim our name. As for our identity, he never gave it up—past the realpolitik of a legal name change. Our eyes were fixed on news from the MENA region, our stomachs were always full of couscous, and our ears full of my grandparents' favorites—Asmahan, Abdel Halim Hafez, Mohammed Abdel Wahab. After 9/11 and during the wars in Iraq and Afghanistan, our citizenship and general integrity was called into question.

My byline was Michael Martin, reporting on Chinese and Hong Kong affairs for the South China Morning Post, but the Arab uprisings of 2011 acted as a kind of wake-up call: I was—and had always been—Massoud Hayoun. And with a dearth of free and fair journalism on the Middle East and North Africa in the English-language press, I had to help balance the discourse on Arabs and Muslims.

To that end, I wrote an article entitled “The Coming Arab Identity Crisis” for the Atlantic about the complex cultural, linguistic, and religious divisions that fragment an Arab world that needs cooperation—both internally and with its diaspora communities—in order to develop.

“Identity” was also the theme of the 2012 WANA Forum, which is why I was invited to attend and help explore that topic in a speech.

The impetus behind each annual WANA Forum is, of course, development.

Development is at the core of all the problems our world is facing. Recall, Mohammed Bouazizi burned himself to death in Tunis, precisely because he was economically marginalized by the Ben Ali regime. Bouazizi's act was—by extension—a tangible call for the kind of development that is hampered by dictatorship, where a ruling family monopolizes industry and there are relatively few incentives to promote entrepreneurship. 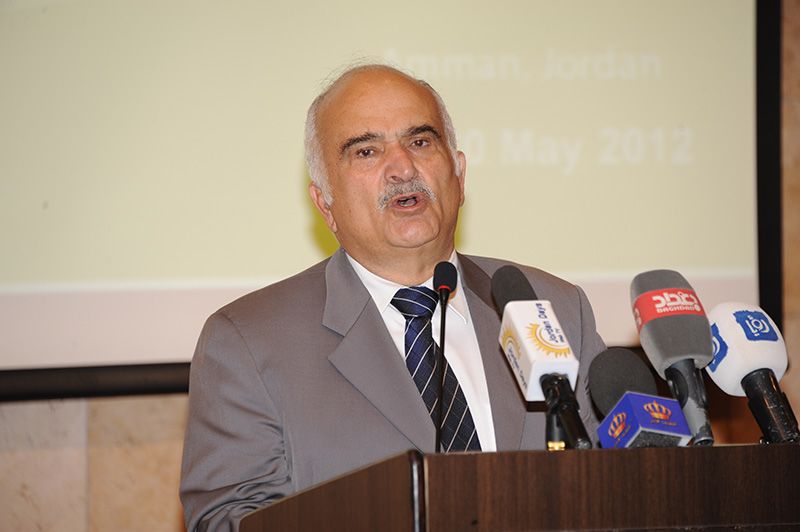 Now that the Arab Uprisings are hampered by post-revolutionary impasses—in Tunisia, by the insurmountable unemployment rate, for example—it is clear that the kind of civil society necessary for lasting, formidable change costs money. It should not cost lives.

His Royal Highness Prince El Hassan bin Talal was quick to comment on a chaos in Egypt—not unexpected in a kingdom with a simmering opposition movement—that has left many young revolutionaries unsatisfied with the outcome of their revolution, which resulted in presidential election that offered Egyptian voters what Middle East, North Africa policy magazine Muftah.org famously called “two unpalatable choices” —the candidate who won, from the Egyptian Islamist party the Muslim Brotherhood and a felool, or “leftover” from the ousted regime of three-decade strongman President Hosni Mubarak.

“The results in Egypt today speak for themselves,” Prince Hassan said, in one of several such comments on the struggles of Arab democracy movements.

It's a historical truism many of us have learned in sociology class: Once there is a strong middle class concerned with more than just putting food on the table, we see the growth of civil society, and change bursting at the seams. Such is the case in China, where public outcries against corruption and injustice ebb and flow on Sina Weibo, the Chinese version of Twitter, at the discretion of censors, while artful Chinese activists subvert the censors with subtle plays on words. None of that would be possible without a successful Chinese development story, without access to computers. 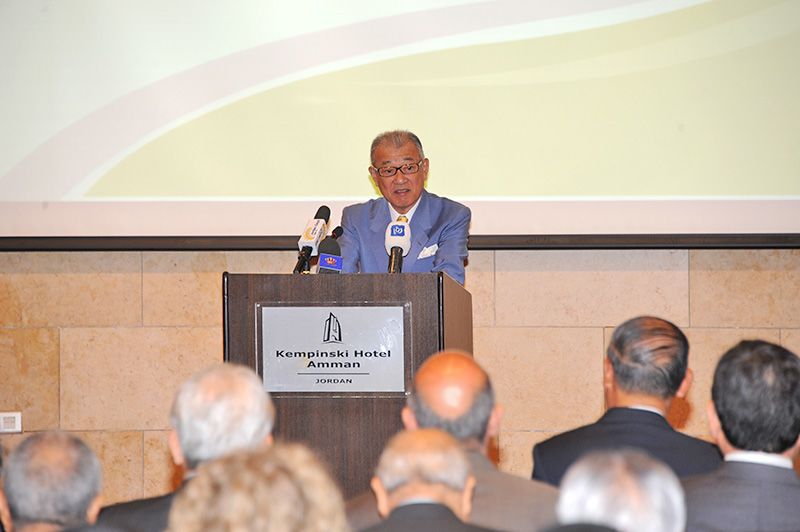 The chairman of the Nippon Foundation, Sasakawa Yōhei, distilled that lesson at the WANA Forum, drawing on how East and Southeast Asian countries struggled with authoritarian regimes after World War II and subsequently rose to economic success. “The greatest benefit can be achieved when economic development and democratization go hand in hand, and today most [East and Southeast Asian] countries are moving in that direction,” Sasakawa said.

Development would improve the Arab world from within and its international consciousness. From a journalistic perspective, Arab development is essential to more extensive coverage of the region in Anglophone media. It has been disheartening for me to see North Africa fall back out of the news headlines in the English-language press, now that there is a lull in the high-profile deaths that have garnered it attention over the past year and a half. Western media is commensurate with GDP—the more money a region makes, the more noteworthy it becomes, without the blood price paid by dead youth who grab Western attention, like Mohammed Bouazizi and the Moroccan teenage rape victim Amina Filali.

How does the Arab world get its hands on this magical money—the funds that will allow Arabs at home and abroad to gain respect and journalistic analysis? The WANA Forum helped me come to some conclusions, by virtue of the insights of the participants from Arab and non-Arab countries.

A Model for Growth and Diversity 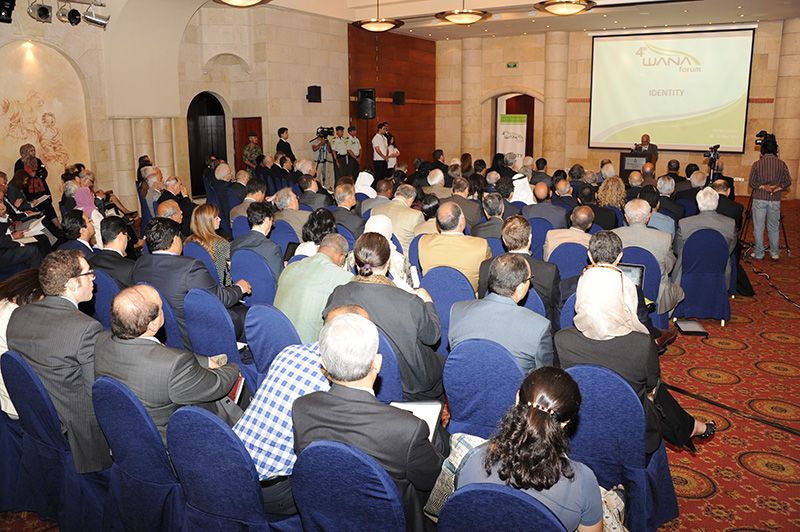 A remarkable feature of the Forum, held on May 29 and 30 at the Kempinski Hotel in Amman, was the number of East and Southeast Asian representatives, who discussed their countries' respective development stories as potential models for Arab development. In the aftermath of a global economic recession that has left many non-Western countries on top, many in the Arab world are keen to look to the East for examples of development. It's a sort of happy coincidence for the Forum that it is sponsored by a Japanese organization. As Chairman Sasakawa pointed out, “East and Southeast Asia offer brilliant examples of what cooperation can do to turn a region from one of the most impoverished into an economic powerhouse.”

Although Mainland Chinese representation was missing from the East and Southeast delegations, which included Japanese, Taiwanese, and Malaysians, it occurred to me that China's success story also has a great deal to offer the Arab world. When Chairman Deng Xiaoping was establishing foundations for the economic development of the People's Republic, one of his main tasks—now credited with China's initial rise—was to welcome overseas Chinese from diaspora communities all over the world to invest in Special Economic Zones. India's rise has also largely depended on a broad network of overseas Indians, modifying successful business models learned abroad for Indian circumstances.

Of course, as Prince El Hassan bin Talal noted, an Arab development story would demand a degree of independence from foreign models, be they Chinese or Western. “We are still being thought for and planned for by the wishes of others,” he said.

The problem for the Middle East and North Africa is a crippling dependence on foreign aid and oil revenues. Independence and industrial diversification are a necessity.

But a China model teaches that developing countries must rely on their own.

To date, there have been some pell-mell gestures to integrate the expertise and inflow of directed investment from the diaspora to Arab projects. But much of overseas Arabs' fiscal support to their homelands comes in the form of remittances, which development organizations, like the DC-based international Arab development group Al-Mubadarah Arab Empowerment Initiative, say benefit only individual families instead of the aggregate.

The China model helped integrate an inflow of funds from overseas Chinese business interests—all with very individualized, personal ties to the People's Republic—and turn those funds into massive industrial development projects. Similarly, the Arab world must make a comprehensive push to turn individual remittances into collective efforts to drive overseas Arab funds into development efforts. So that we can rise, so we can develop civil society, democracy, and gain respect from the international community.

The Forum has asked me to write a policy proposal to further outline how the Arab world could adopt the China model to address the problems with integration that Arab economies have faced in the past and bring innovative new industry to the region. Adapting a growth model from 1980s China for contemporary Arab contexts may require a leap of faith, but there is no better time for the Arab world to implement drastic measures aimed at economic growth and diversification.